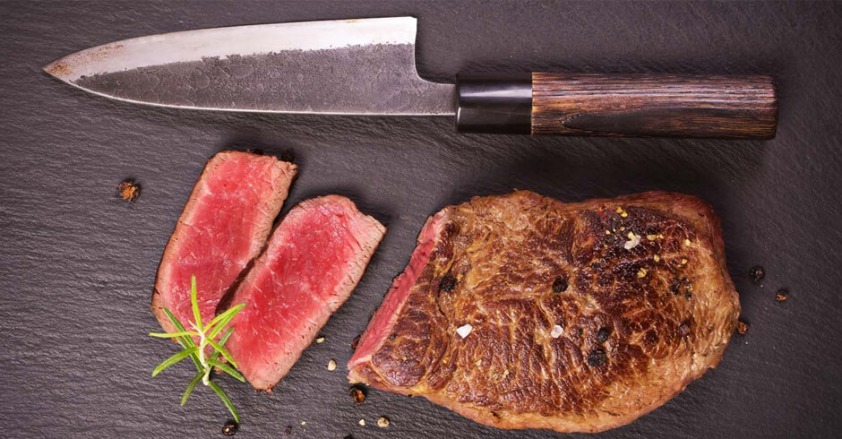 Steak, glorious steak. It’s not just a cut of meat, it’s an institution.

Steak is simple, it’s reliable, and it’s downright delicious. Whether it’s Wagyu beef, Himalayan salt aged ribeye or a humble rump cooked over the grill, steak takes the stage. The starring-act at any dinner table. Undeniably one of Britain’s favourite dinner choices, steakhouses are never hard to find; but who can claim the title of serving the best steak in London?

We’ve put together a list of six steak restaurants in the capital that will bring a tear of joy to the fussiest of steak eaters. Try one of them, or try them all, but we guarantee you’ll never sit through a sub-standard chop again!

Known as one of London’s favourite Scottish restaurants, Mac & Wild began its journey as a street food sensation serving up Scotland’s finest wild game for everyday Londoners. Specialising in wild venison, beef, steak, seafood and of course, whisky, Mac & Wild is the ultimate one-stop-shop for curious carnivores with a taste for scotch and steak. Aptly named after owners Calum Mackinnon (Mac) and Andy Waugh (wild), the successful group of restaurants prides itself on carefully selected produce and authentic hospitality.

Most of the meat served at Mac & Wild comes from Andy’s family game-butchery in Ardgay, Inverness, a real farm-to-fork story. It’s no wonder they’ve been dubbed one of the top five places to eat game in London, worthy recipients of a Michelin Star in 2018. While their Venimoo burger is award-winning, their steak cuts are the ultimate showstoppers. From Macduff’s ribeye to venison chateaubriand and the renowned Tomahawk steak, it’s an absolute steak sensation.

If you’re a serious meat lover, you’ll love their hands-on butchery masterclass where you get to butcher your own hunk of meat under the guidance of Andy himself. This is followed by a tomahawk steak dinner with two sides and a glass of wine – the perfect gift for men who love their meat.

Recently named the Best Steakhouse on London’s Southbank, Gillray’s Steakhouse & Bar is known for it’s Aberdeen Angus steak. Located on the banks of the Thames with breathtaking views of the London Eye, Gillray’s delivers an authentic British dining experience alongside a bar famous for its 100+ gin collection.

Executive Chef Jamie Welch has worked in the industry for over 21 years and has really let his creativity blossom at Gillray’s. Majority of the products featured on the menu are sourced from within 150 miles of the restaurant, a dedication to local, seasonal products. All meat featured on the menu is sourced from O’Shea’s, an 8th generation Butcherery run by brother’s Darragh and Michael O’Shea, boasting a free-range selection of organic beef. The menu offers 1kg of  Tomahawk steak; go big or go home!

Also see  The Best Chefs in the World - Who Has the Most Michelin Stars?

With the new Tower Bridge Theatre around the corner, The Coal Shed’s sharing steaks are in high demand. Threatening to steal the show, the porterhouse, prime rib and chateaubriand are served sliced after a delicate charring on the coal-fuelled grill. It’s the perfect opportunity to sample a variety of cuts, without the pretentious bells and whistles.

Known as a “meat eater’s paradise”, Hawksmoor focuses on using the best ingredients, from grass-fed native cattle to sustainable seafood from the British coast. The result? A flawless dining experience.

The menu is somewhat limited, with succulent sea bream and luscious lobster, but people only ever really come for one thing – the steak. “The flesh is rosy pink and full of flavour,” says The Independent, while Time Out claims, “Eating-wise, everything’s brilliant.”

Their secret? Simply put, it’s local beef. Hawksmoor has scouted the likes of Argentina, Texas, Japan and Australia, but according to them, nothing compares to a good cut of British beef. While most beef comes from grain-fed cows, Hawksmoor’s offerings are put on the plate the way nature intended.

Recently named one of the most sustainable restaurant groups in the country, founders Will Beckett and Huw Gott have become one of the industry’s big success stories. Their business approach at times has been blinkered and even haphazard but it’s all in the name of quality. An unwavering ambition to be the best steak restaurant in London.

Before opening Hawksmoor’s doors, Beckett and Gott travelled the world in search of the perfect steak. From Kobe in Japan to Pampas in Argentina and rib eye in Texas, they humbly came to the conclusion that the best steaks come from carefully reared cattle right here in Britain.

All their beef comes from cattle who have led a stress-free life and are fed a natural diet of grass and hay. They are grown slowly and only butchered when they’ve reached maturity. Every cut is dry-aged for 35 days enhancing that beefy flavour and ensuring a melt-in-your-mouth texture that’s second-to-none.

We recommend the bone-in prime rib, t-bone, porterhouse and chateaubriand. They’re huge so make sure you go hungry!

With a focus on traditional Basque Cuisine, Lurra is not about flash or fireworks. It’s about authentic, honest cooking that honours the ingredients. They simply serve an 800g portion of Basque beef, a Galician Blond. Unlike most of Britain’s beef which is slaughtered after three to four years, this cut comes from a 14-year-old Rubia Gallega. The result is richer, darker meat, dry-aged on the bone and cooked over a charcoal and wood grill. It’s moreish in every way, a textural masterpiece.

Founded by Nemanja Borjanovic and his partner Melody Adams, Lurra is one of two of their restaurants bringing Spanish wine and beef to London. Lurra means “land” in Basque, a fitting reflection on their company ethos. While the Galician Blond cows are certainly what they’re famous for, Lurra also features cuts from British ex-Dairy cows. This newfound ethical approach to farming offers a solution for struggling dairy farmers, a testament to the couple’s guiding principles of patience and quality.

Mirroring its award-winning namesake in Beverly Hills, CUT at 45 Park Lane is the debut restaurant in Europe from acclaimed chef and founder Wolfgang Puck. Located inside the Dorchester Collection’s 45 Park Lane Hotel in Mayfair, the restaurant serves up impeccable steaks and one of the largest selections of American wines in the UK. Boasting a vibrant blend of sleek design, fascinating art and a succulent menu, CUT at 45 Park Lane delivers the ultimate modern take on American steak restaurants.

Then, of course, there’s Tramshed. If you’ve booked a table at this industrial-style food precinct, it’s more than likely you already know what you’re going to order. No one ever came here for a salad. This casual restaurant housed within a former East End tram-generator building serves just two main meals – British chicken and steak. The restaurant’s focal point, a Hereford cow and cockerel preserved in a glass tank of formaldehyde, serves as a reminder of the menu.

Like the handful of other good restaurants, Mark Hix has something to do with it, and it’s almost not surprising. The man’s food sourcing skills are second to none. The steak options don’t exactly roll off the tongue – ‘Mighty Marble Himalayan salt dry-aged steak’ – but that doesn’t mean they won’t melt in your mouth.

Almost everything about this establishment is Argentinian, from their wines to their meat. It’s common thought that some of the best steaks come from Argentine cows, and there’s plenty in the way of that statement to support the myth.

Chefs will only slow cook over wood fires (never propane), and Argentine cows get so much more sun and exercise that the flavour is ‘kept in’ way before they’ve even reached the slaughterhouse, let alone the grill. In short, the dining experience at Gaucho is hard to beat. The glistening chandeliers and moody lighting are playfully combined with glaring cowskin lounge chairs to set the tone – sophisticated but not obnoxious, and mad about their meat. 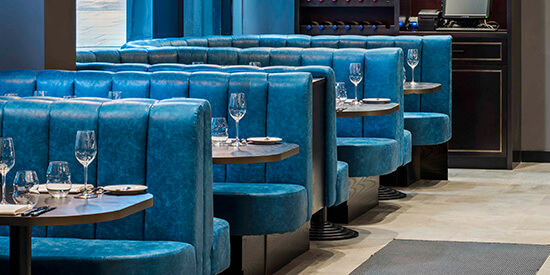 We’ve seen the best of Argentina, and the best of Britain, but when it comes to a good steak, where oh where in London can one find the best from Australia and Japan? Well, since you asked, there is one restaurant that happens to fit the bill. Anthony Bourdain says the Wagu here “is unlike anything you’ve ever had.” M Restaurant is spearheaded by former Gaucho MD Martin Williams, a man who knows more about good meat than many a village butcher.

M Restaurant has taken it upon itself to provide sumptuous cuts of Japanese Kobe beef, even when they’re the first to know the stuff is exceedingly rare, making sourcing it a task even more difficult this other side of the world. But, as Williams will admit, he’s obsessed with it, and even if a single cut entails a £150 price tag, it’s there to stay on the menu.

Steak is simple yet delightfully complex. It’s humbling and transparent, the kind of ingredient where you can taste the quality, the love and the preparation.

While London is scattered with steak restaurants it’s difficult to know where you’ll experience genuine brilliance. Why not start with our list for the best steak in London? We’ve tried and tested what’s out there (I know, it was a tough job) and we can guarantee these will deliver simple, slices of joy.