Blog » Food, Drinks and More » Coffee » About Coffee » Coffee Around the World » Learn All About Filipino Coffee 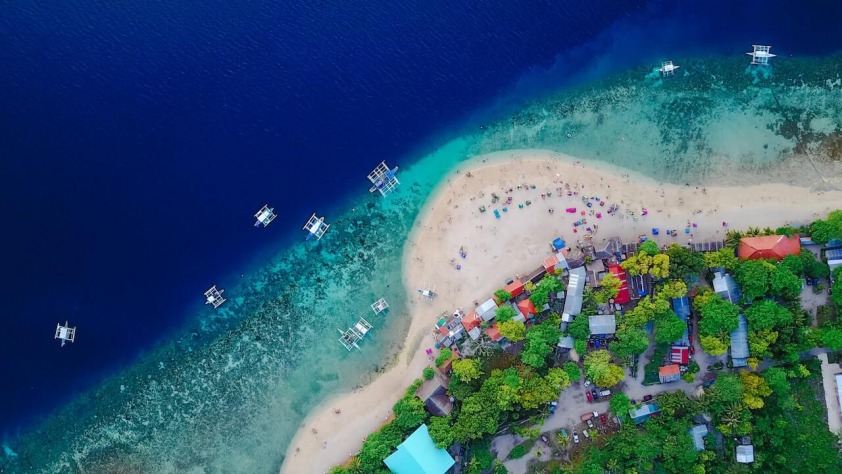 The Philippines is one of the most important coffee-producing countries in the world. Here is everything that you need to know about Filipino coffee.

What Is The History Of Filipino Coffee?

In 1740, the first coffee tree made its way to the Philippines. A Spanish Franciscan monk transported the plant over to Lipa, Batangas — which was a Filipino province. As the tree began to thrive, coffee plants spread throughout Ibaan, Lemery, San Jose, Taal, and Tanauan, which are other rich and fertile areas of the Batangas. These flourishing coffee plantations directly resulted in Lipa becoming the country’s number one coffee capital.

Almost a century later, Batangas were sending their coffee to San Francisco. This led to the Americans drinking Filipino coffee all over the United States in 1860. The Filipino Cavite province quickly adopted the lucrative Batangas coffee market model, growing their very first coffee plant in Amadeo in 1876.

The Philippines was the only nation that saw any real benefit from the coffee leaf rust disease which hit Java, Brazil, and Africa in 1880. When these areas were slowed down by the disease, the Philippines were boosted from the fourth-largest coffee exporter to the only global supplier of coffee beans.

How Much Philippines Coffee Is Produced Annually?

Robusta coffee was still the most produced type of Filipino coffee, which contributed 71.7% to the total coffee production during the period.

The top Philippines coffee-producing region for this quarter was SOCCSKSARGEN with 6.26 thousand metric tonnes output or 33.6% share of the country’s total coffee production. This was followed by Northern Mindanao and Davao Region with respective shares of 14.7% and 12.7%.

What Type Of Coffee Is Grown In The Philippines?

Drinking coffee is far more of an experience and appreciation. Understanding where your coffee came from means knowing it in totality. Below we list the four types of coffee which are grown in the Philippines.

The Arabica Coffee Of Cordillera

This is often called “Kapeng Tagalog”. Since Arabica is a kind of bean which grows at high altitude, especially in those areas that continually receives rainfall and a plentiful amount of shade, the Cordillera region is unquestionably perfect for this. Arabic coffee is one of the most commonly produced coffee and accounts for over 70% of coffee around the world. Arabica is known for its poignant taste and distinct aroma.

If you fancy a Philippines coffee with a strong flavour, then the Liberica coffee, or most popularly known as the Kapeng Barako is the best coffee for you. The production of this type of coffee is not as overwhelming as compared to the other varieties that made Kapeng Barako a rare species.

Robusta coffee is probably the most widespread variety of coffee in the Philippines. If you’ll compare it to Arabica, this kind of coffee is much easier to cultivate. It accounts for nearly 85% of the coffee grown in the Philippines as it is mainly used to produce instant coffee which we enjoy every single day.

A brewed Robusta coffee is characterised by a much sharper flavour with a distinctive aroma. Apart from the given areas, Sultan Kudarat produces high quality of Robusta. One of the most popular brands is Kape Dulangan.

Learn All About Cameroon Coffee

The Excelsa Coffee Of Quezon And Batangas

This kind of coffee accounts for over 7% of the Philippines’ entire coffee production. It has quite a distinct taste you can compare to the sweetness of jackfruit, beautifully matched with its tempting aroma.

Civet Coffee of Davao And Cavite

This is not your usual Philippines coffee. If you’re looking for a far much exotic taste coming from an unusual source, then you may consider Civet coffee. This is characterised by a dark chocolate aroma.

Is Coffee Popular In The Philippines?

Filipinos consume drink as much coffee as Americans every year and produce 62,000 metric tonnes of green beans, but they also consume 100,000 metric tonnes of coffee per annum. While more people are visiting coffee shops and are walking away with Filipino coffee bags, the country’s favoured type of coffee drink is instant or soluble coffee.

Offering a distinguishing, intense flavour are Barako beans. This coffee is the Philippines’ local version of the Liberica coffee varietal. Barako is perfect for strong coffee lovers as it is bitter, chocolatey and fruity.

How Do Filipinos Make Coffee?

For the most part, Filipino coffee is brewed like any other type of coffee. Most people serve it black and strong, some of the coffee with a little bit of cream or sugar to mellow out the flavour profile. Traditional black coffee is often termed Barako coffee or just Kapé.

For coffee enthusiasts who want to spice up their brewing routine, coffee jelly is another popular way of drinking Filipino coffee. To make this sweet, chilled treat, just mix your favourite coffee blend with condensed milk, whipping cream, sugar, and gelatine. Boil and then place into the refrigerator until set and ready to eat.

Learn All About Haitian Coffee

What Is A Filipino Coffee Bag?

A Filipino coffee bag is basically a tea bag however instead of tea, they have freshly ground coffee instead. This means that with coffee bags, you get all the best flavour of freshly roasted coffee, however in an easy-to-use, no-mess format. These are as convenient as instant coffee however with the fresh flavour, you’d expect from using a cafetiere or pour-over.

What Are The Best Filipino Coffee Brands To Try Right Now?

Here is a list of the best Filipino coffee brands to try right now:

So the next time you’re in your favourite coffee shop, and you see Filipino coffee on the menu, try it. We guarantee that you won’t be sorry!