Blog » Wine, Beer & Spirits » Beer » Beers from Around the World » Asian Beers » A Guide to Filipino Beer – Flippin’ Good Brews On The Beach 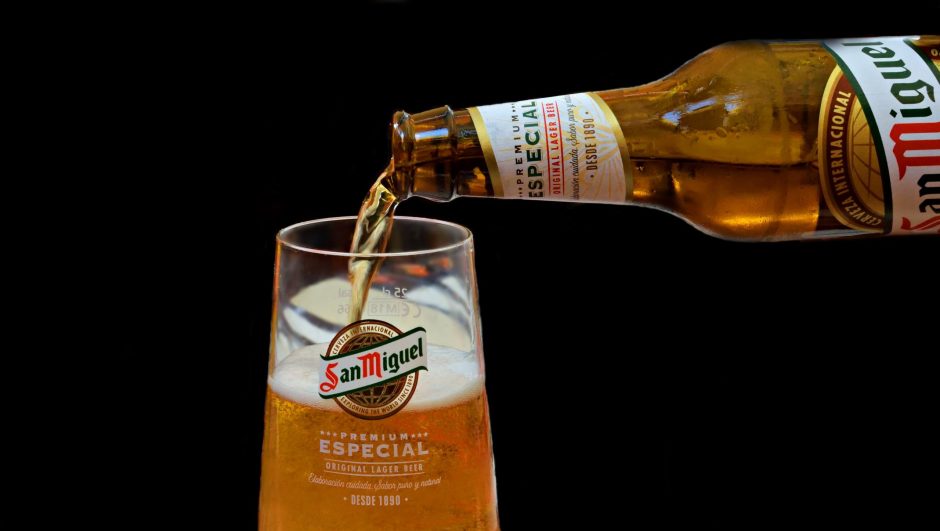 Beer and the Philippines go together like sunny days and the beach.

Both are great, but they are better together!

Filipinos treasure their beer and have no problem inviting tourists to share in their love for the beverage.

While travelling in the Philippines, you’re bound to find some international staples like Heineken. However, you should also be prepared to be blown away by the variety and quality of Filipino beer.

The Philippines has a long history in both brewing and drinking beer. This article delves into some of the history, culture, and variety surrounding Philippine’s beer.

A Brief History of Filipino Beer 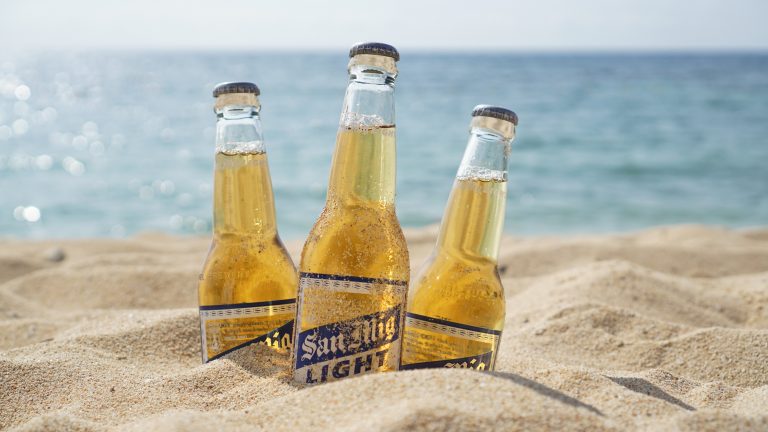 The beer industry established its foundations in the Philippines in the late 19th century when a Spanish merchant was given a royal grant from his kingdom to open the first modern brewery in the country, La Fabrica de Cerveza San Miguel.
San Miguel (known today for their Pale Pilsen, San Miguel Light, and Cerveza Negra) beer quickly rocketed to success within the nation, becoming the best-selling brew in the Philippines. They eventually began to export to nearby neighbouring countries, and their renown grew despite the great world wars in the first half of the 20th century.

After reclaiming their breweries from Japanese military occupation, San Miguel resumed production and remains the country’s primary manufacturer.
In recent years, craft beer has become a growth industry both inside and outside of metropolitan areas in the Philippines. Microbreweries are popping up all over the place, adding to the rich culture of Filipino beer.

Do Filipinos Drink a Lot of Beer?

It’s safe to say that Filipinos consume a healthy (healthy as in substantial) amount of beer. They take their drinking seriously, and beer is most assuredly their favourite beverage. Beer drinking in the Philippines is what some would call a national pastime.

The average Filipino will drink roughly 20 litres of beer per year, which may not sound like much, but bear in mind that most serious Filipino beer drinkers consume far more than that.

What is the Most Popular Beer in the Philippines and What is the National Beer? 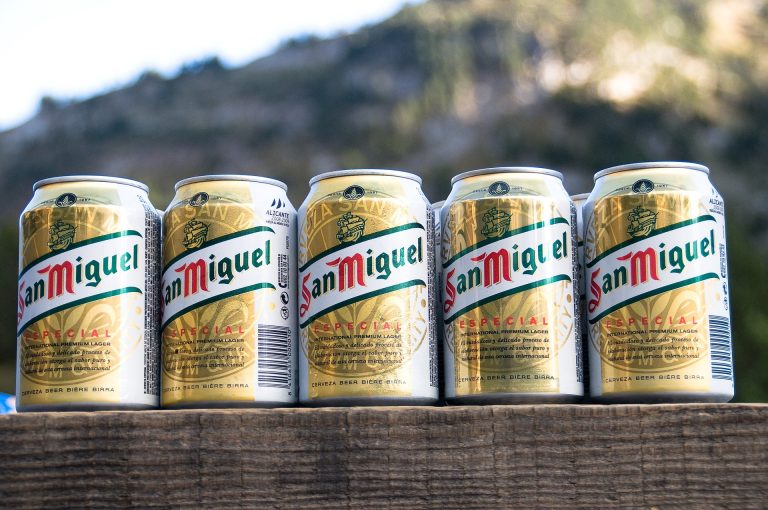 The San Miguel Pale Pilsen is hands down the Filipino favourite. It is made by the renowned San Miguel brewery, contains 5% alcohol, and can be found in every restaurant and bar in the Philippines.

It just so happens that the San Miguel Pale Pilsen is also the national beer of the Philippines, dating back decades.

What Beers do They Have in the Philippines?

Philippines beer comes in many flavours and strengths, but these are some local favourites.

How Much is Beer in the Philippines?

A beer will run you anywhere between sixty and a hundred pesos, depending on where you are and what you’re drinking. Imported beers and craft beers will naturally be more costly, generally upward of the one-hundred-peso mark. Bear in mind, tourist destinations will always be more expensive. The Filipino peso is a relatively weak currency, so they like to squeeze Westerners for a bit extra.

What are the Different Styles of Filipino Beer?

The Filipinos tend to favour pale, flavourful lagers, but they also enjoy a dark beer. The Cerveza Negra by San Miguel Breweries is a dark brew of around 5% alcohol, with chocolatey undertones and hints of coffee.

Craft brewers in the Philippines have become known for their ales with Engkanto and Crows Craft Ales rising to prominence, the craft culture is bigger than ever!

What are the Best Filipino Beers to Try?

Everyone’s taste is different, but among Filipino beer brands, we recommend trying the San Miguel Pale Pilsen for the true local experience. If you’re a Guinness drinker back at home, then the San Miguel Cerveza Negra is a must! If you’re looking for a beer with a kick, then Red Horse Beer is the one for you. Just make sure you have a sober friend to get you back to your hotel in one piece.

What are the Best Microbrew or Craft Beers in the Philippines?

What are the Best Filipino Beers to Pair with Filipino Food?

The unique flavour profile of Filipino food is best experienced with a refreshing local beer. Given the use of powerful herbs and spices in most Filipino cuisine, you don’t want a beer pairing that’s going to clash with the food.

How to Order a Beer in the Philippines

Filipinos speak Tagalog, (pronounced tuh-gah-log with emphasis on the ‘gah’) and will undoubtedly appreciate you ordering your beer in their language. There are a few different dialects depending on where in the country you are, but the phraseology for ordering beer is pretty standard wherever you go. Simply approach your barman and say “pwede ba akong uminom ng beer” (consult a local for the pronunciation) and you’ll be sipping away in no time!