Blog » Luxury Lifestyle » Gemstones & Crystals » How Much Are Rubies Worth? 7 Fascinating Facts About Ruby Gemstones 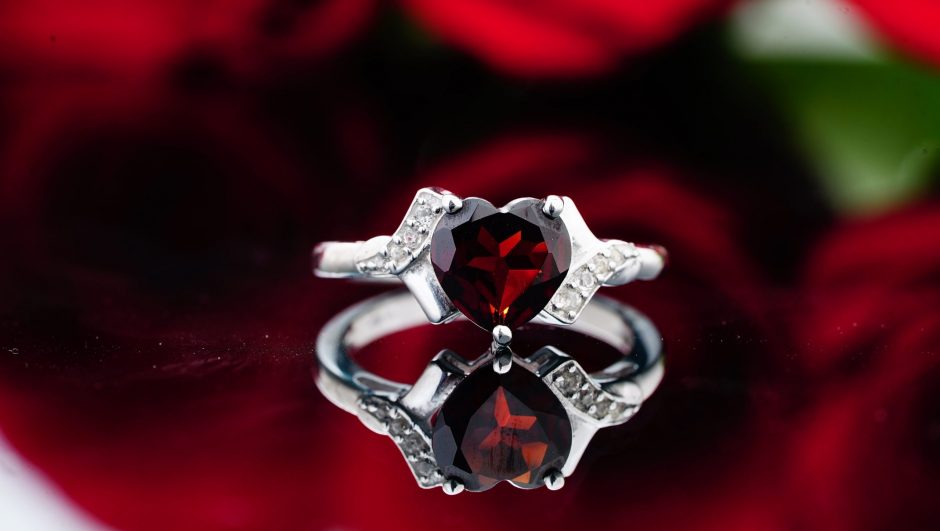 Rubies are one of the world’s most coveted gemstones. They form one of the four precious gemstone groups, which also includes emeralds, sapphires and diamonds.

The term “ruby” comes from the Latin word “rubens”, which means red.

For hundreds of years, these stones have symbolised power and protection. They used to be worn as a talisman to help protect soldiers in battle, and are associated with beauty and wisdom, referenced at least four times in the Bible.

According to ancient folklore, the people of India believed that rubies would bestow peace between them and their enemies. More recently, in the classic movie The Wizard of Oz, Dorothy’s ruby slippers were thought to protect her from evil.

As you can see, there’s a lot more to these stones than just looking good in a piece of jewellery!

How Much Are Rubies Worth?

As with any gemstone, rubies vary in price depending on a number of factors. High-quality rubies that weigh over 10 carats have been known to sell for even more than a diamond of the same size!

Some rubies on the larger side have sold for upwards of $225,000 per carat. For comparison, diamonds average at a sales price of about $125,000 per carat. Rubies of this magnitude are incredibly rare, which is what makes them that much more expensive and sought after.

In the world of gemstones, the most desirable shade of rubies is a deep, deep red with just a hint of blue. This colour is known as ‘pigeon’s blood.’ Imperfections, also referred to as inclusions, in rubies are generally expected, as they are naturally occurring stones. If the imperfection impacts the transparency of the ruby, the value of the stone decreases significantly.

Fact #1: The Most Expensive Ruby Ever Sold 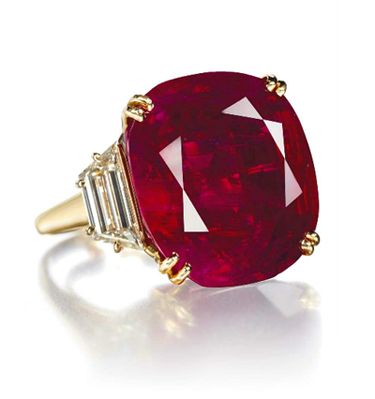 Up until the beginning of the 19th Century, red spinels (magnesium and aluminium compounds) were often mistaken as rubies. In fact, there were famous stones such as the Prince’s Ruby and the Timur Ruby that were mistakenly labelled and turned out to be red spinels.

Famous rubies throughout the ages include the Rosser Reeves Star Ruby, the Edwardes Ruby and the De Long Star Ruby.

Legendary actress Elizabeth Taylor owned a very famous 8.24 carat ruby that she had fashioned into a ring by Van Cleef & Arpels. In 2011, the ring sold at an auction for $4.2 million, putting the price per carat at approximately $500,000.

The most expensive ruby ever sold was called the Hope Ruby. It weighed 32.08 carats and sold for a whopping $6.74 million.

Fact #2: Rubies Are Used To Celebrate

Apart from being symbols of protection, beauty and wisdom, rubies are also known to be presented as celebratory gifts on important occasions.
While it’s always nice to receive your own special ruby, they’re also passed down as heirlooms from generation to generation, making them all the more special and sentimental.

Rubies are the birthstones for July, and they serve as traditional gifts for couples celebrating their 15th or 40th wedding anniversaries.

Fact #3: Where Are Rubies Found?

Rubies have been found all over the world, including in Africa, Australia and the USA. The majority of rubies sold commercially have been mined in Myanmar (previously known as Burma), Thailand and in several other locations throughout Asia.

Some of the world’s finest rubies, those that are the perfect mixture of rich, red tones with just a hint of blue tones have been traced back to Myanmar. The term ‘Burmese ruby’ is generally used to describe a top quality, incredibly valuable stone.

The UV rays from the sun make the chromium inside of rubies glow. This glow is what makes them incredibly special, as it seems like there’s a shining light right in the middle of the stone.

Fact #5: Most Rubies Are Treated

In order to achieve their mysterious, alluring red hue, most modern rubies are treated.

The treatment doesn’t just help improve their colour, but their durability too. These treatments can include the use of heat, irradiation and the filling of any naturally occurring fractures.

While these treatments are accepted by major jewel governing boards, by law all treatments need to be reported to any potential buyers.

Fact #6: Simulated Rubies Have Been Used Since The 1800s 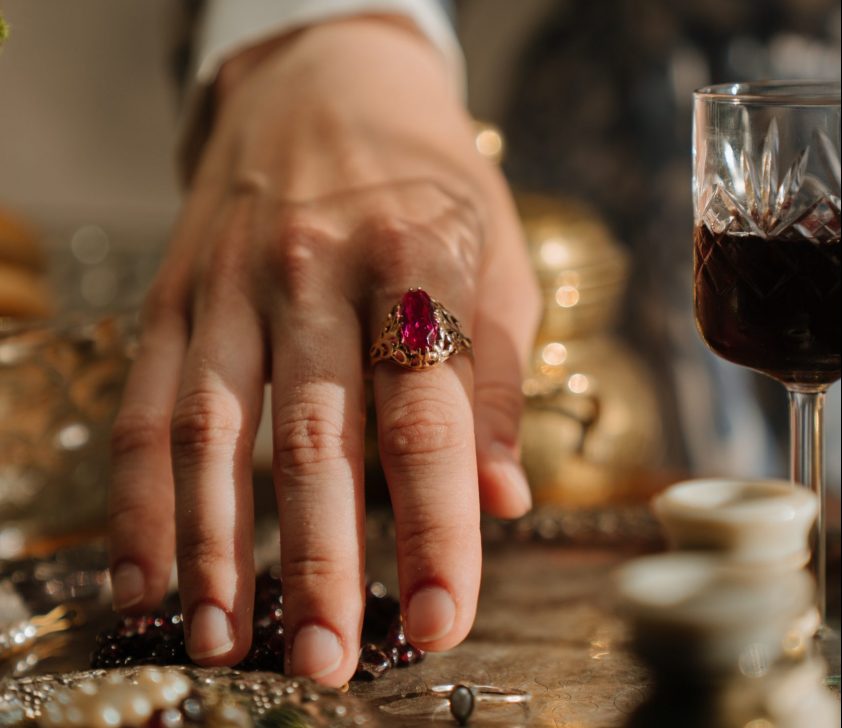 Simulated rubies have been used in the production of jewellery since around 1850. Also known as garnet doublets, these jewels were actually pieces of garnets that were fused to a pinkish-red piece of glass. Garnet doublets were used in less expensive jewellery in the Victorian era.

Later on, in the same century, synthetic rubies that were known as “flame fusion rubies” became available commercially. Auguste Verneuil, a chemist, had perfected these flame fusion stones and had them on display at the Paris World’s Fair in early 1900.

What is Lepidolite? Meaning & Uses of this Beautiful Crystal

Fact #7: Rubies And Sapphires Are The Same Stone

Interestingly enough, rubies and sapphires are actually the same stone. They’re both made of the mineral Corundum. They also have identical chemical properties – the only thing that separates them is their colour.

Sapphires come in a wide range of colours, which includes traditional blue, as well as yellow, green and pink. These stones are quite popular and are often used in jewellery that marks a special occasion. Kate Middleton’s engagement ring, which previously belonged to the late Princess Diana, features a 12-carat blue sapphire in its centre and is one of the most famous examples of this gem.

While sapphires come in a range of colours, if the stone is red, it’s immediately classified as a ruby. These are rarer, and as a result, are in their own category and generally fetch a higher price.

Rubies are rich in history and represent so much to people all over the world. They have been, still are and are likely to continue to be, symbols of wisdom and protection due to their history, beauty and value.