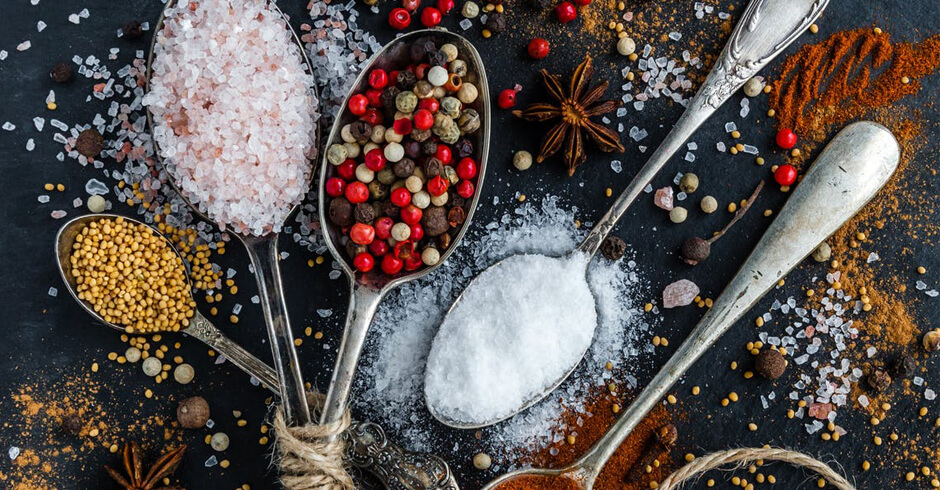 Deck the kitchen with food and more food. Fa-la-la-la-la, la-la-la-la!

During the holiday season, food is a must. And not just any food. Delicious, yummy, scrumptious, eat-till-you-feel-sick kind of food. Food that knocks the fuzzy Christmas socks right off your family and friends. Food that makes you think, okay that was totally worth cheating on my diet for.

If you’re looking to take your Christmas cooking to the next level, we’re here to help! We’ve spoken to some of the biggest names in the culinary industry and they’ve shared their favourite Christmas recipes with us.

Whether you’re looking to wow your guests at that extravagant Christmas party you’re hosting, or simply want to treat your family to an unforgettable holiday feast, here is a collection of gourmet festive recipes that you can nail at home.

From Chef Sriram Aylur of Quilon

Sophistication, spice, and all things nice, this Stuffed Quail Legs recipe from award-winning Chef Sriram is the whole package. Since stepping into his father’s kitchen as a child, Chef Sriram has dedicated his life to his passionate quest for knowledge of food.

Recognising his dedication and spirit towards unique South-west coastal Indian cuisine, Chef Sriram was invited to open fine dining restaurant, Quilon in the heart of Westminster, London in 1999. Winning a Michelin star in 2008, the restaurant has retained its prestigious award ever since. Now you too can make a Michelin-star dish this Christmas.

As one of the restaurant’s signature dishes, the Stuffed Quail Legs embodies Quilon’s unique blend of ethnic and progressive dishes, bringing out the lightness and multidimensional flavours of the ingredients.

Though it may sound a bit complicated at first, it’s a lot easier to pull off than it looks! 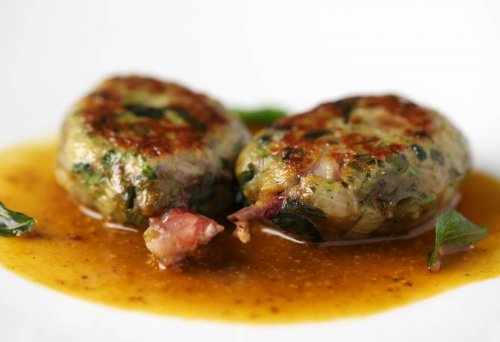 Hate him or love him, Gordon Ramsay knows what he’s doing when it comes to Beef Wellington. Known to many as his greatest dish, Ramsay’s version of the classic steak dish is everything you would expect from the perfect Beef Wellington – light, crisp and golden on the outside, with a succulent medium-rare beef tenderloin in the center. Yummy.

As the be-all-end-all to decadent roasts and as an absolute classic, this recipe is guaranteed to be the show-stopping centerpiece on your Christmas table. 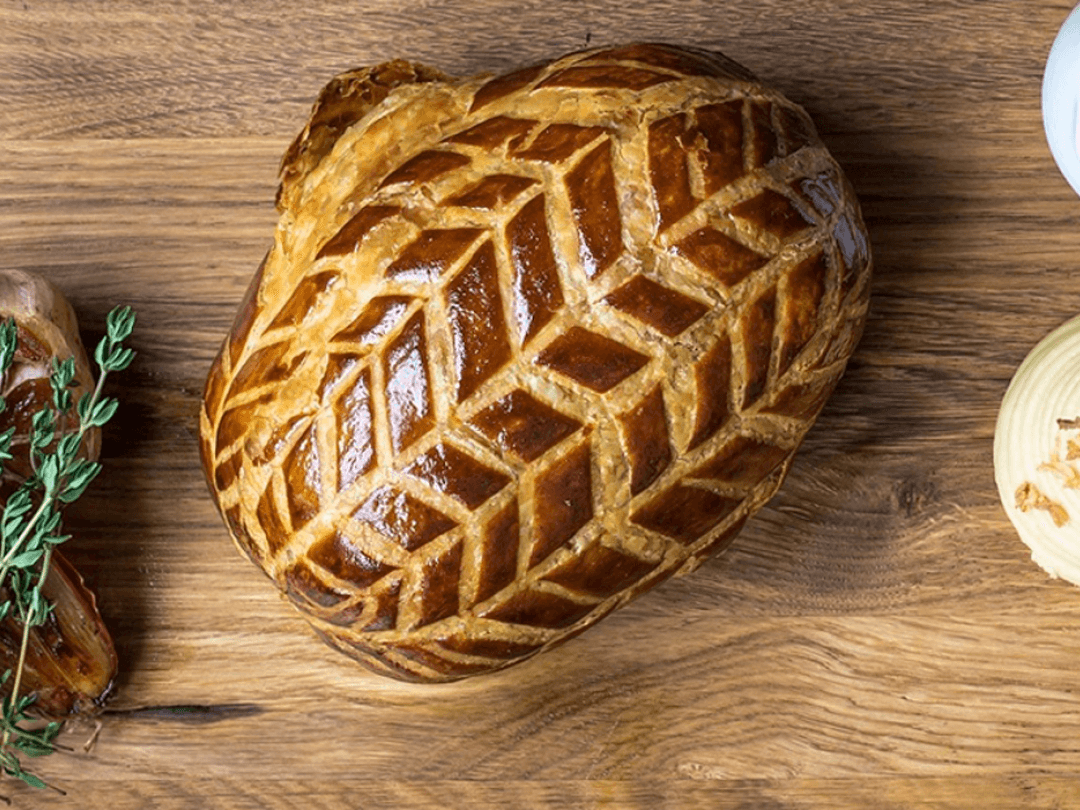 From the Avenue Cookery School

An impressive restaurant-style dish, chicken ballotines is the perfect main dish for a Christmas get-together with plenty of guests. The clever thing about it is that it’s really very easy to make, but it sure doesn’t look it.

Family-run Avenue Cookery School has shared their recipe for a rich and flavoursome leek and mushroom stuffed chicken ballotine. Served with a celebratory Champagne vinegar dressing, this is a truly festive dish for foodies. 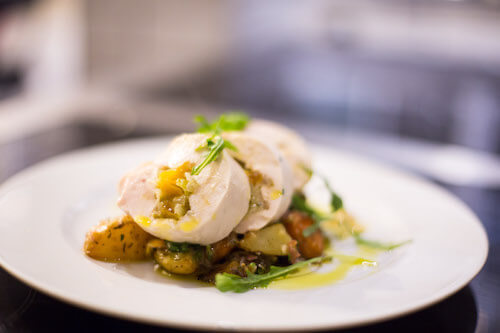 From Chef Alyn Williams of The Westbury Hotel.

Whether it’s roasted, slow-cooked or pan-fried, everybody loves a bit of delicious pork at Christmas. But you’ve probably never had it in the form of noodles!

Michelin-star chef Alyn Williams of the Westbury Hotel has shared his dazzing recipe for his creative dish – pork ‘noodles’, piggy tea, mustards, kombu and shony. Combining the harmonious flavours of pork and seaweed, the ‘noodles’ are made from pig skin and is served with a broth infused with herbaceous aromatics and seaweed. A crowd pleaser for sure.

24 Christmas Dishes From Around the World That Might Surprise You

To clarify the stock

From Chef Alyn Williams at The Westbury

Nestle’s Walnut Whip. An icon in the world of confectionary. Packed with a soft vanilla cream center, wrapped in chocolate, and topped with a single walnut – what’s not to love? While it might be everyone’s favourite treat you can’t exactly serve a plate of store-bought choccies at your Christmas feast. Well now you can… sort of.

Alyn Williams has taken the classic whirl-shaped cone and put his own unique gourmet spin on the scrumptious treat. Worthy of the 5 star Westbury Hotel, his signature dessert is guaranteed to also be worthy of any festive get-together, and the perfect end to a Christmas meal.

You’ll need some cookware gadgets to prepare this walnut whip recipe, so take your time to find what you need before attempting it. But once you’re in the kitchen, whipping and whisking, you’ll have so much fun you won’t even care. And the fruits of your labour are so worth it. 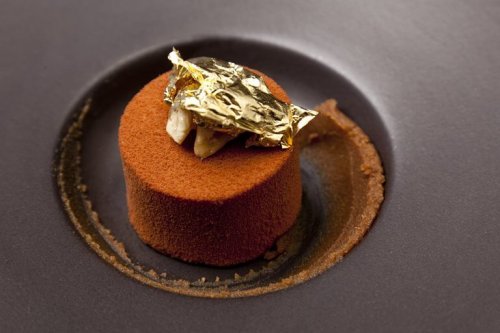 Christmas celebrations are not complete without a Christmas pudding. But while the warm unmistakable dessert is gooey, decadent and the go-to dessert for Christmas day, it’s also often over-rich, stodgy and not everyone’s favourite. Plus it’s done to death.

Enter the Christmas Pudding Soufflé, a lighter, fresher and dare we say more impressive alternative. Head Chef David Alexander of Glenapp Castle shares his glorious recipe with us, infusing it with that classic brandy sauce for a little extra Christmas spirit.

Looking for a festive drink to go with that holiday feast? Have a look at our Christmas Cocktail Recipes from mixologists we know!