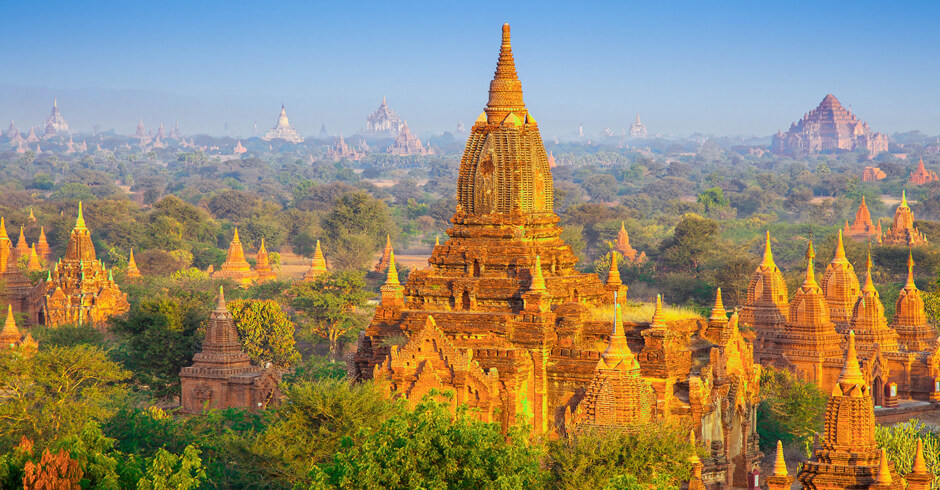 Visiting crumbling temple ruins and other structures around the world is a fascinating way to glimpse into the past and learn more about ancient civilisations. These impressive structures have stood the test of time and although they are a little worse for wear, they can still tell us a lot about the people who built them. Here are some of the most extraordinary ruins you can visit around the world:

One of the most impressive ancient temple ruins in the world, the Angkor Archaeological Park contains the remains of impressive structures built during the Khmer Empire of the 9th and 15th centuries. A UNESCO World Heritage site, it is a popular destination for visitors to Cambodia.

You can spend an entire day exploring the amazingly intricate religious monuments and still not see them all – there are 500 acres of temples to see! Look closely at the structures and you will see a fascinating array of carvings and sculptures including faces, mythical serpents and celestial nymphs.

Bagan is a truly stunning sight – the largest collection of Buddhist temples, ruins and stupas in the world. Many of the buildings here date from the 11th and 12th centuries and they are very important within the Buddhist religion. This site was a crucial base of power in the mid-9th century under King Anawratha and there are approximately 2,200 temples remaining today out of the 13,000 temples that were originally built on this site. One of the most awe-inspiring ways to see these temples is to take a hot air balloon ride over the site at sunset.

Also see  In Pictures: Stargazing Locations Around the World 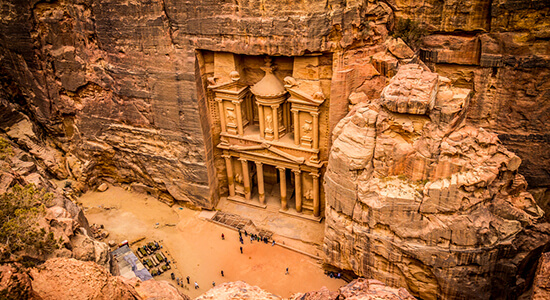 Remember that scene in Indiana Jones and the Last Crusade where the characters ride their horses through a long winding sandstone canyon and then emerge to a jaw-dropping view of an ancient ruin façade carved into the stone? That’s the Treasury of Petra in Jordan, the ruins of a truly amazing ancient Nabataean City.

Petra was once the capital of the Nabataean kingdom in the 6th century BC, until it was absorbed into the Roman Empire in AD 106. It was abandoned after Saladin’s conquest of the Middle East and all memory of it was lost. The ruins were hidden to the world until 1812, when Swiss adventurer Johann Ludwig Burckhardt posing as an Arab scholar explored the city. Don’t miss the High Place of Sacrifice and the church at the Mountain of Aaron which holds the tomb of the brother of Moses.

The ancient Incans built these remarkable structures high in the mountains, perched 1000 feet above the Urubamba River. Researchers aren’t sure exactly what the purpose of Machu Picchu was, but it is thought that it might have been an elite resort or a religious sanctuary. Buildings such as the Temple of the Sun were constructed in the classic Inca style with intricately constructed dry stone walls. Take your time, there are a lot of buildings to explore!