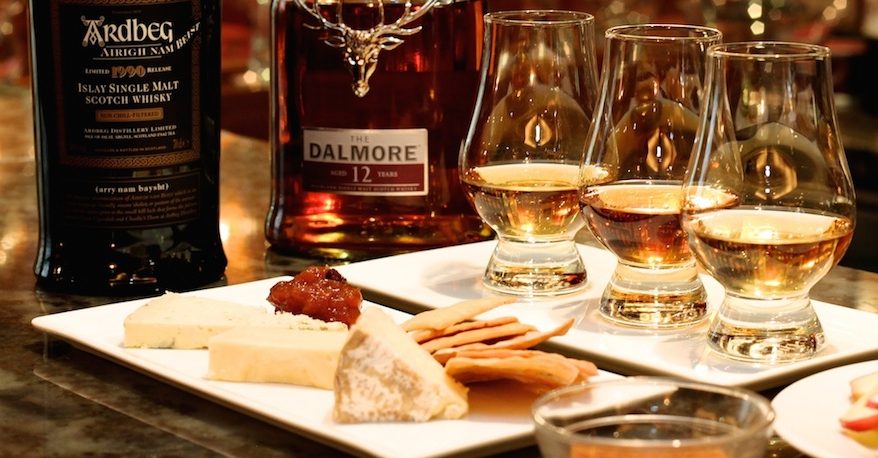 Here’s the situation: you’re stumped for Christmas gift ideas, but you’re still feeling a desire to get him or her something really special. Well, whether it’s an experience in Bermondsey or the Black Forest, and with gifts for anyone from wine connoisseurs to aspiring cricket legends, we just might have something you’re looking for.

Take a gander at our list of Christmas gift ideas that are beyond your run-of-mill present ideas.

Craft your own brand of beer

With the craft beer craze on steady feet, the art of creating a good beer from scratch is flourishing in basements and microbreweries around the UK. We wanted to make sure your gift could make someone be a part of it, so we’ve got a little something that allows one to put together their very own personal line of beer. From the initial tastings right down to the bottling of beers, no part of the process happens without the maker’s say.

Finding a place to sample some drams in London for an afternoon is surprisingly difficult, seeing as only a handful of locations can provide a meaningful enough experience. The Capital Hotel is the pick of the bunch and a rare find, as is its whisky selection. The silky notes of the Balvenie 1972, for instance, are coveted by even the most experienced aficionados, as only 150 bottles of the liquid have ever been produced.

Raymond Blanc OBE is a man who needs little introduction, but his cookery school might. Located in a beautiful manor house in Oxfordshire, the cookery school hones the talents of both budding chefs and dinner party hosts. Notable chefs trained here include Heston Blumenthal, Marco Pierre White, and the aforementioned William Curley.

Read: Why you should learn from Raymond Blanc’s Cookery School

You might encounter some trouble exploring the full 300 acres of Kew’s extensive collection of living plants, botanical gardens, and woodland, but Kew Gardens has some fascinating horticulture to intrigue even the most unenthusiastic gardener. The gardens are particularly magical at this time of the year after the sun has set, but we’ll leave the finer details as a surprise.

London might not be short on spas at which to thoroughly relax. After all, it is one of the busiest (and probably most stressful) cities on the planet. The thing about Bulgari Spa London is that everything, even details such as the intensity of the lighting, receives the utmost attention to maximise comfort.

Dining in a surprising culinary hotspot

The only thing more beautiful than Germany’s Black Forest is Germany’s Black Forest in winter – the snow-roofed towns and villages dotted around the land especially. Amazingly, one region, despite its population of less than 15,000 locals, is home to two restaurants with three Michelin stars, which puts it on par with London. Here’s the chance to dine in this secluded culinary paradise in the Black Forest.

A popular gift this Christmas, this hour-long experience utilises Hawk-Eye technology to improve a player’s batting and bowling skills, and at nowhere other than Lord’s Cricket Ground – the home of cricket. We have trouble thinking of a location better suited to refining a young cricketer’s ability.

Also see  At Your Fingertips: Gifts For Cigar Lovers

As any queen will tell you, there’s something a bit regal about seeing one of London’s most famous parks from an open-top carriage. Take in the likes of the Ancient Woodlands and the Diamond Jubilee Arbour from the comfort of a private horse-drawn carriage while onlookers produce their cameras to capture you waving at your subjects. Did I say subjects? I meant fellow human beings.

Chef Sriram’s Quilon has put southwest coastal Indian cuisine on the international foodie map – earning a Michelin star in 2008, and retaining it ever since The highlight of this Indian tasting menu is its profound ability to satisfy any and every beer lover. Vegetarians aren’t forgotten either.

Master the art of photography in London

Everybody is aware of the cultural and historical honeypot that is London. Trouble is, few know how to adequately capture its timeless charm, which is why this brief getaway to England’s capital is supplemented with just what an aspiring photographer could do with – a three-hour photography lesson conducted by an award-winning expert.

The opportunity to stay in a castle for two nights doesn’t often come along. With Michelin star dining, elegantly designed rooms, and plenty of the great outdoors to explore right on Glenapp’s doorstep, nothing is done by the halves at this Scottish castle.

Sometimes there’s very little excuse for looking a little unkempt, particularly when attending the lunch table come Christmas day. If you know of a man that needs a wet shave and trim of the hair before he pecks his grandmother’s cheek, then you’ve probably found the right gift.

Also see  Gifts for the Adventurer