Blog » Travel & Getaways » Experience the Most Haunted Castle in Europe 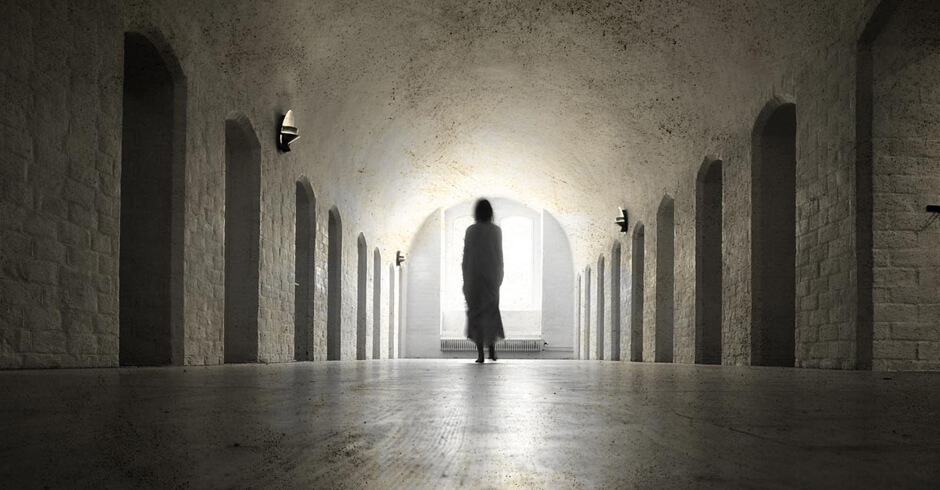 The average haunted castle may lay claim to a resident ghost who occasionally pops up to terrify an unsuspecting victim. Some have several dastardly ghouls on the prowl. Then there’s Dragsholm Castle. Allegedly home to over 100 ghosts and poltergeists, the Danish castle is known to be the most haunted castle in Europe.

The castle is located on the isolated islet of Dragsholm, towards the north-west of the country. Not dissimilar to visions of where Hamlet was set, the castle was built 799 years ago. While Shakespeare was first penning the famous play, the castle was being used as a prison for noble and ecclesiastical criminals.

Among the noblemen imprisoned there while it remained a gaol, from 1536 to 1664, was the ‘Mad Squire’, Ejler Brockenhuus. This crazed former confidant of the king is said to haunt the corridors today with a number of incomprehensible ramblings.

Another prisoner at the castle was James Hepburn – the 4th Earl of Bothwell and third husband of Mary, Queen of Scots. He had previously jilted his Danish fiancée, Anna Rustung, running off with a huge dowry granted by her father. So when he fled Scotland after a great revolt against him and Mary, Denmark was perhaps not the best destination in which to seek solace.

He was quickly captured and incarcerated at the castle. It is said he became insane while in the prison before dying aged 44. Today his ghost is frequently spotted riding into the castle’s grounds by horse-drawn carriage…

EXPERIENCE THE MOST HAUNTED CASTLE IN EUROPE FOR YOURSELF >>

When Denmark went to war with Charles X Gustav of Sweden, the prison was abandoned to make way for a battle fortification. Several attacks on the site led to great damage until the war ended. After this, the great Dane Frederik Christian Aceler rebuilt the castle.

It is thought to be after this time that the most well-known of the castle’s ghosts first appeared. The ‘White Lady’ was the daughter of one of the castle’s owners, who fell in love with one of the labourers on the grounds. Her father, also a member of the nobility, was outraged to find out details of the affair.

The White Lady’s father issued her an ultimatum: she was to end the relationship immediately or he would imprison her within the walls of the castle. She refused and, before long, her father had castle servants encased her in one of the cells.

Her distraught wails were said to be heard for decades until, one day, she simply disappeared. Other than a number of ghostly sightings, she was not to be seen again until 1930 when, while renovating the building, workers found a skeleton wearing a white dress in the walls. The White Lady remains in her final resting spot to this day.

Despite the terrifying stories that have become part of Dragsholm Castle’s fabric over the years, the location now serves as a luxury hotel with one of the finest gourmet kitchens in Denmark.

Bon Appetit labelled it “a starkly beautiful 13th-century castle, where the food is as dramatic as the setting.” Guests can head to the castle for a luxury two night break with gourmet dinner on both evenings. Perhaps the highlight is the famed private ghost tour of the grounds that highlights all of the castle’s previous occupants.

Similar to Dragsholm’s Castle, there are other magnificent castle hotels around the world located in countries ranging from Argentina to France.

Take Me To Dragsholm Castle