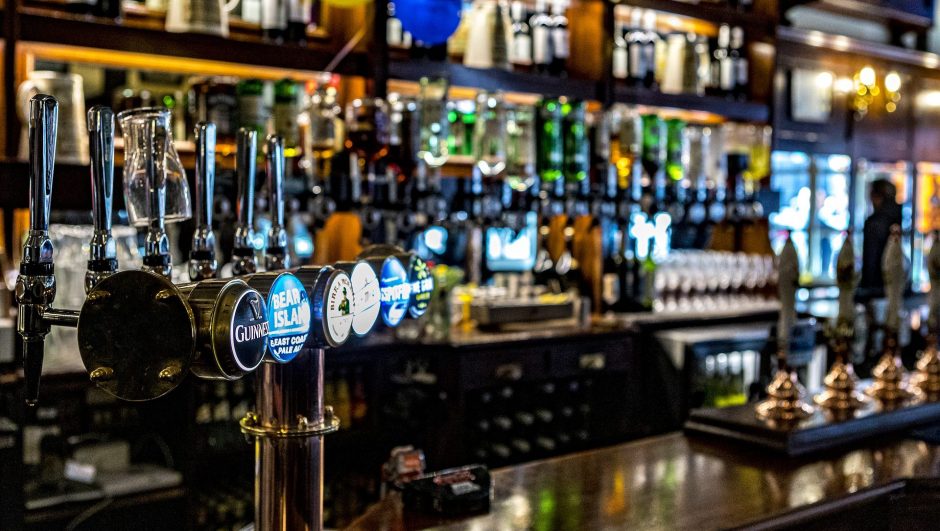 Just as the Dutch once ruled the world’s oceans, this tiny beer-drinking nation is situated geographically in a sea of beer, literally.

There’s Germany to the east, world heritage-listed Belgian beer to the south-east, and to the north, you have the Scandinavian nations, no slouches when it comes to beer either.

With a local brewery in just about every large town, the Dutch beer scene is huge and split wide open in the 1920×1080 as the craft beer craze kicked in.

Since then, the growth in small craft beer breweries has been phenomenal, with Holland sporting more than 700 breweries.

This round-up of the different types of Dutch beer is aimed at helping you get a grip on the local drinking scene and choosing which beer is right for you. But first, let’s get the introductory stuff out of the way.

A Brief History Of Dutch Beer

Holland is the second-largest beer exporter in the world after Mexico, producing 2.4 billion litres a year. Apparently the British copied the Dutch practice of adding hops to their beer-making process. Traditionally beers were dark, heavy and hearty in those days.

Now in modern times, it’s hard for us to think about babies to great-grandfathers drinking beer all day as water was unsafe and the shelf-life of milk was pretty short. This was common practice in pre-industrial revolution Europe. An often-told yarn describes how water purification advanced as the working class needed to sober up so they could operate machinery safely.

So do the Dutch drink a lot?

The Dutch DO drink a lot of beer but interestingly, they are not even in the Top 10 beer drinking parade. Dutch people drink about 74 litres of beer annually and are far exceeded by the Czechs at 132 litres pp.

The Dutch drink beer in small glasses. Local cafes serve beer on tap, as do restaurants and bars. Dutch beer brands are also available at every supermarket. Then there are the breweries, large, small and micro.

So how does one order a beer in Dutch? Mag ik een biertje? (May I have a beer?).

What Are The Best Dutch Beers To Pair With Food?

Now that you know how to order a beer in Dutch, here is a simple guide to pairing beer with food that lifts a meal from memorable to unforgettable.

This year the Dutch Beer Festival takes place from 19-21 May in The Hague. Following a Covid-induced postponement in 2021, this year’s event is highly anticipated. Punters can chat to brewers and enroll in classes.

As the Dutch beer scene is so diverse with its long history and traditions, you’re not going to get away with not doing a bit of reading around Dutch beer brands. Here we will simplify it to help you choose what’s right for you before listing our top favourites.

Pale and crisp lagers are still king in Holland in both production and consumption. They are light, crisp and refreshing.

Brewers also produce seasonal beers such as witbier (brewed in Autumn) and bock or bok, brewed in Spring. Bock is a strong dark beer of German origin.

White beer (Witbier) is usually drunk in summer and most breweries serve their own version. Witbier is cloudy and slightly sour.

Brewed in the autumn or herfstbocks, bocks are a bittersweet amber-coloured Dutch speciality best enjoyed in colder weather.

Indian Pale Ales or IPA’s is one of the most popular brews in the Netherlands. Of British origin but often associated with Belgium and Trappist Monasteries, many Dutch brewers make their own version of this classic beer. Here dubbels are usually dark brown with hints of caramel and tripels are very high in alcohol. So take care when drinking this one.

Best lager goes to La Trappe Trappist Brewery: The De Koningshoeven brewery, makers of La Trappe, is near the town of Tilburg, in the south-west of the Netherlands, a 15 minute drive from the Belgian border and about 1.5 hours from Amsterdam. There are nine La Trappe beers currently brewed, with La Trappe Blonde being the most popular. 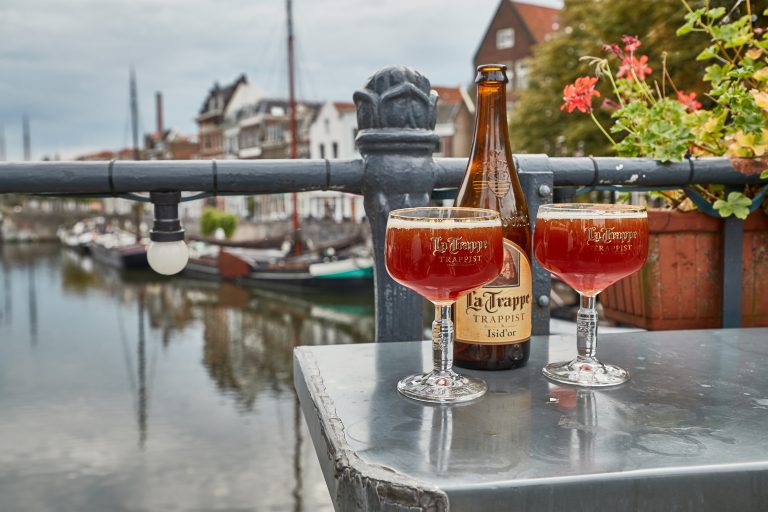 Best commercial lager goes to Grolsch. Everyone is familiar with the green-bottled Grolsch with its flip ceramic cap and seal filled with golden blonde beer with a smooth flavour.

Best small micro brewery lager goes to Brouwerij’t IJ, a small brewery in Amsterdam. Their Blondie is very popular with a crisp and refreshing taste.

Our top pick is a witbier from Brouwerij ‘t IJ, served in most Amsterdam cafes.

Second place goes to Gulpener Korenwolf. A blend dominated by wheat which goes through a long fermentation process. It is a mild and sweet flavour with no bitterness.

Our recommendations for bock beer include:

So now that we’ve hinted at just how big the Dutch beer scene is and you’re armed with a basic background and round-up of some choices it’s time to get drinking!