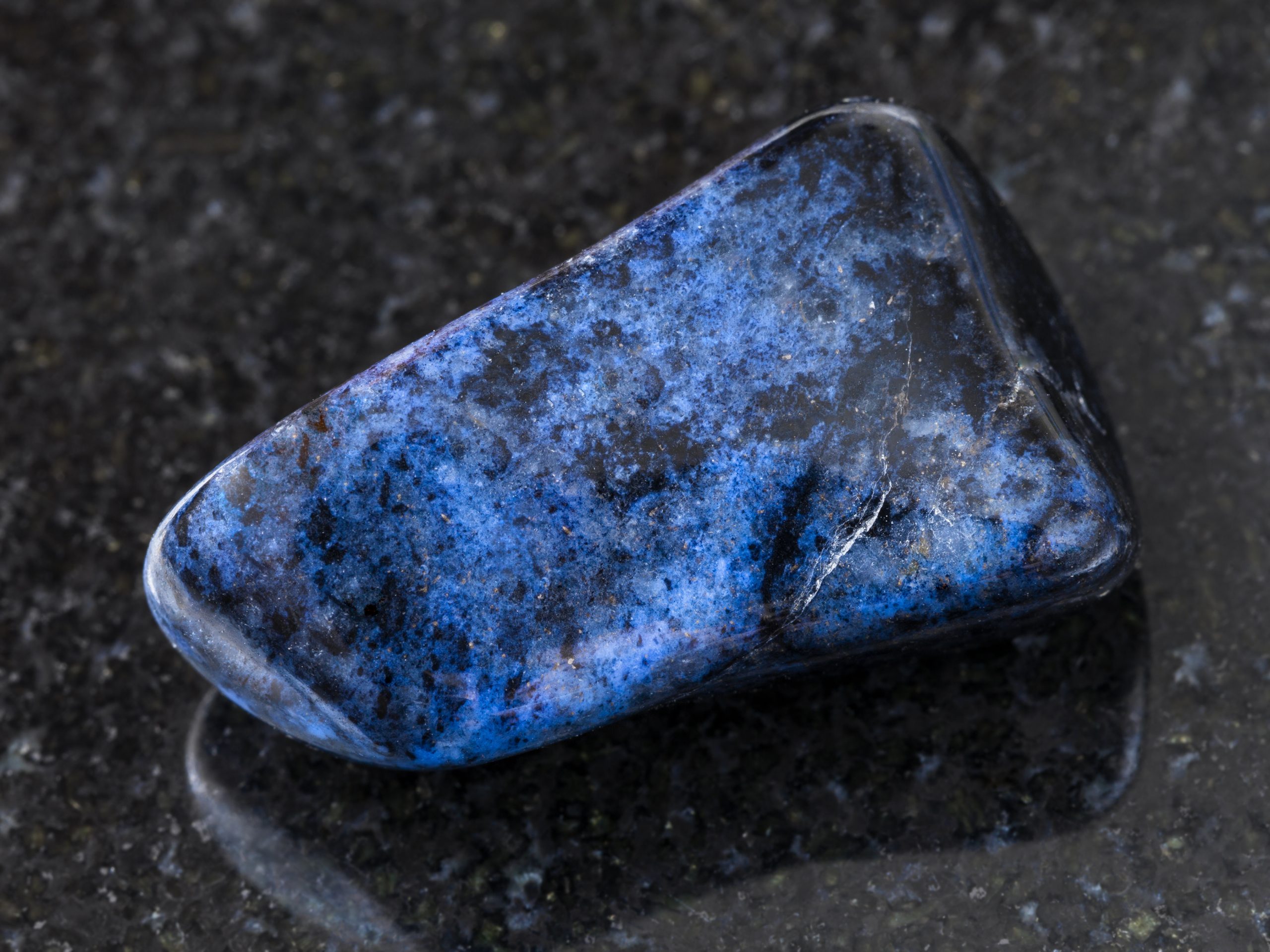 Dumortierite was discovered in 1881 and later named after Eugene Dumortier, a French palaeontologist. Its full name is “blue dumortierite quartz” – quartz referring to crystals constructed from silica.

If you love blue gemstones you need to find out more!

Dumortierite is an extremely rare quartz, making it a much sought-after gemstone. It falls into the category of aluminium boro-silicate minerals and as with many gemstones, comes in a range of different colors.

What Is The Meaning Of Dumortierite?

The word “dumortierite” originated from the name of palaeontologist Eugene Dumortier. The use of “-ite” as a suffix is associated with the naming of a noun (in this case the gemstone) with regards to its place of origin. In a literal sense, the word “dumortierite” therefore means: an object coming from “Dumortier”.

Benefits And Healing Properties Of Dumortierite 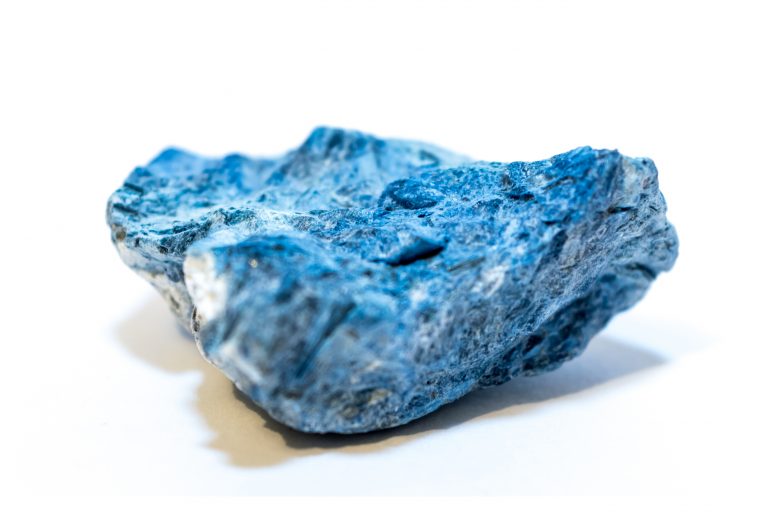 Like many stones, this blue gem is associated with enhanced psychic abilities. The healing properties of dumortierite are concentrated in a few main areas:

These are just a few of the benefits that dumortierite can bring to the lives of those who use it.

The mental benefits of dumortierite include enhancing memory, sharpening intellectual skills, and becoming more perceptive. It can help those who are studying or people who need to stay alert for work – or whatever their day-to-day life demands. Its effect on memory makes it the first choice for people wishing to get in touch with their origins in terms of their past, their dreams, and being able to understand the path they’ve been walking in life.

Dumortierite can also boost your intuition. As it helps with engaging in the world and your life in a conscious way, it can support your mind and allow it to be open to connection with the greater universe and metaphysical realm.

What Chakra Is Dumortierite?

How To Use Dumortierite?

Using dumortierite crystals to improve your life doesn’t require any special actions or formal ceremonies. As with many gemstones, one of the most effective ways of reaping its benefits is to use it in meditation practice, by holding it or even just placing it close to you while you’re practising. Another option is to sleep with your dumortierite quartz under your pillow (as long as you’re not bruising your head by lying on it!).

To get the full benefit of a gemstone like dumortierite it’s advisable to have it in your living space and/or to carry one with you for your day-to-day activities.

Many people don’t realise the power of using different stones that complement one another and work together to heal emotional, spiritual and physical ailments. Dumortierite goes well with a huge variety of stones, such as brown tourmaline, smithsonite and datolite. Each partnership offers slightly different benefits. This also means that you can wear jewelry with more than one gemstone in it – for those who are more fashion-conscious as well.

Since dumortierite aids intellectual pursuits, like studying, it’s important to combine its use with the practice of mindfulness. When meditating, try to set an intention before you begin and use your dumortierite crystals accordingly.

How To Cleanse And Care For Dumortierite?

There are a number of ways to take care of your dumortierite gemstone. Placing the stone under tepid running water is effective for an initial cleaning, but to cleanse it in preparation for use you should use other methods like smudging. This process is the perfect way of “resetting” your dumortierite and getting rid of any negative energy that it’s holding onto.

To smudge your dumortierite crystal you need to light some sage (incense, sweetgrass and cedar also work well), and move your stone through the smoke. It is important to be conscious of your intention during this process – reaching a meditative state in which your mindset aligns with the energy you want your dumortierite to manifest.

You can also use tumbled quartz crystals to cleanse the stone, by leaving it in a bowl filled with the quartz or tumbled hematite stones for at least a day. It is possible to substitute the tumbled stones with petals, or even to use flower essence and essential oils as a spray.

Dumortierite is one of the rarest types of quartz, which in part adds to its attractiveness. Quartz gemstones in general are quite common, but there are very few blue variations. 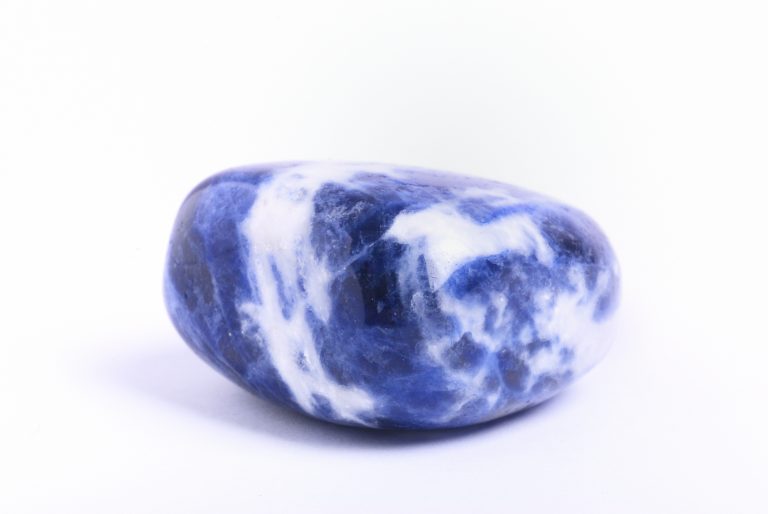 The beautiful appearance of dumortierite quartz can sometimes be confused with other gemstones: usually sodalite, lazurite or lazulite. It has also been used in the place of lapis lazuli. These four crystals have slightly different appearances that tell them apart to the trained eye.

While lazulite has a vitreous appearance, sodalite is more dull and greasy (looking like grease or fat). In comparison, dumortierite also has a vitreous lustre similar to lazulite, but while lazulite and lapis lazuli are not fibrous, dumortierite crystals are. Lapis lazuli is a (usually blue) gemstone with white streaks, in contrast to dumortierite’s deeper blue/violet. That more intense blue of dumortierite crystals is also different to lazulite’s usual colors, which include hues such as yellow-green and blue-green. Dumortierite quartz can be found in other colors but in that specific stone, blue is the most common.

This gemstone is sought-after and can be used in many different ways. It aids people with all sorts of complaints, from emotional blocks to physical illness, and is an invaluable addition to your daily life and spiritual practices.