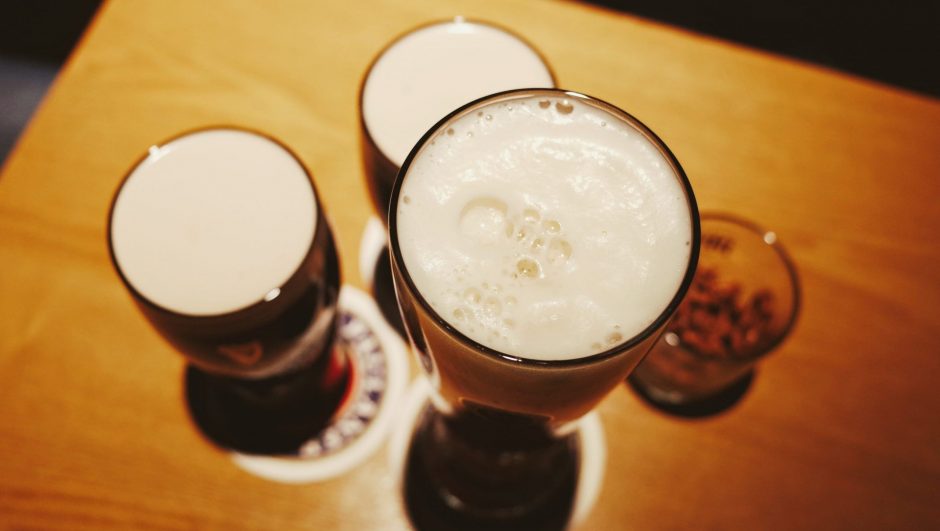 Drinks in the Dominican Republic are not all about the rum – although that is a firm favourite in this Caribbean nation.

Beer is another one of the top drinks that everyone around the country enjoys, especially on a hot day and you’re next to the beach – so almost every day there.

In fact, the locals like their beer “dressed for a wedding”, meaning so cold that the bottle is covered in a layer of white frost. They serve their beer at between -2 and 4 degrees centigrade!

Find out more about beer in this part of the world below!

Dominican Republic beer hasn’t been around for that long, not even 100 years yet. The first brewery in the country opened its doors in 1929. It was the Dominican National Brewery (CND), which is still going today. However, the original location in La Vega did close briefly in the 1980s before reopening with modern equipment.

Then, in 1935, the brewery produced its first Presidente Especial. This fast became the national beer that all the locals pick, and encourage the tourists to try too. The beer is also exported globally now, reaching the USA and Europe – including beer experts Germany.

What Is The Most Popular Beer In The Dominican Republic?

It’s safe to say that the Presidente Especial is the most popular beer in all of the Dominican Republic. However, there are several variations of the favourite. These include the Black and the Light variations, which provide a slightly different taste and allow everyone to enjoy the nation’s most popular beer.

How Good Is Presidente Beer?

The popularity of Presidente Especial and its variants says that the beer must be good, otherwise, it wouldn’t sell as well as it does. However, this doesn’t mean it’ll be good for everyone. The reason this beer has done so well in the Dominican Republic is that it was crafted to suit local tastes. The brewery heard the complaints saying that European beers had too many hops in them, while the beers from the USA had too little alcohol and little body to the drink.

What Beers Do They Have In The Dominican Republic?

The quintessential beers in the Dominican Republic are the Presidente range and the Bohemia range. The former is made by the Dominican National Brewery and the latter is made by the Bohemia Brewery, which came into being in the 1980s. It was formed in partnership with the Miller Brewing Company of the USA. These companies also produce Guinness Extra Stout, Heineken and Miller Genuine Draft – giving the tourists something familiar if they want it.

How Much Is Beer In The Dominican Republic?

Beer in the Dominican Republic generally comes in three sizes-small (12oz or 33cl), large (19oz or 56cl) and jumbo (33oz or 100cl). You will generally find that beers range between 80 Pesos and 190 Pesos. It is widely accepted as one of the two most popular choices, Bohemia tends to be cheaper than Presidente.

What Are The Different Styles Of Dominican Beer?

Brewers in the Dominican Republic tend not to go for classic beer tastes, preferring to make their own styles or variations on the classics. You can get light beers that are often a pilsner-style, as well as dark stouts in the style of Guinness. Another favourite is the sweet, malted drinks that are brewed all over the country like Malta India. The microbreweries have experimented with a range of beers, all putting their own, unique spin on their brews.

What Are The Best Dominican Beers To Try?

When in the Dominican Republic, you have to try the local drinks whether you’re a beer lover or not. These include:

What Are The Best Microbrew Or Craft Beers In The Dominican Republic?

Craft beer has grown in popularity in the Dominican Republic, with many microbreweries cropping up and some of the more established breweries trying new things.

What Are The Best Dominican Beers To Pair With Dominican Food?

Since almost all of the local beers are best served icy cold, the best beer pairing is with light meals to keep everything fresh and refreshing. Fish dishes are great in the Dominican Republic. You can also use the crisp, cold beers to wash down a heated Caribbean dish like jerk chicken.

How To Order A Beer In The Dominican Republic in Spanish?

In the Dominican Republic, they speak Spanish so if you want to get a beer you say “Quiero una cerveza por favor.” This means “I want a beer please.” When you’re ready for round two, you can say “¿Me puede traer otra por favor?”, which means “Please bring me another one.”