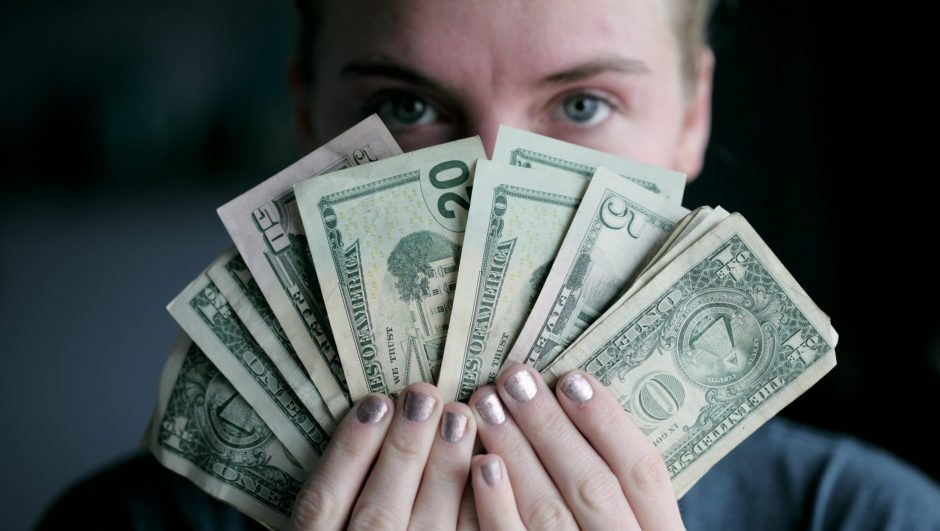 We’ve all heard the saying “money can’t buy happiness”, but that doesn’t mean it can’t affect our happiness. It’s time to uncover how your basic income and standard of living impacts your work, your creativity and ultimately, your output. Without the worry of bills and burning the midnight oil to get by, can we innovate? Let’s find out!

What got us thinking? 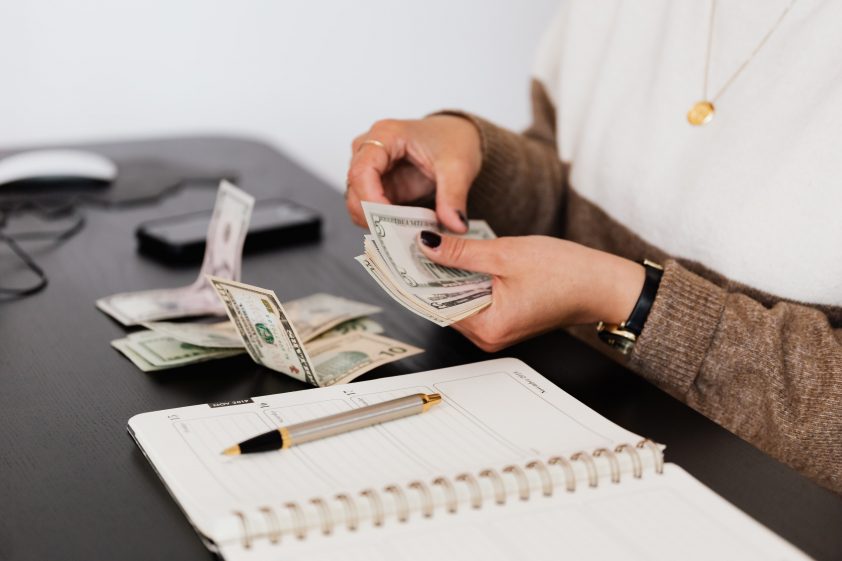 In August of 2020, Germany started a basic income experiment. For three years, a select group of people will receive €1,200 a month, for free. You read that correctly, for free. In return, they have to give researchers answers regarding their standard of living. The aim is to uncover the lifestyle and opportunities this unconditional income creates.

Naturally, interest in taking part in the experiment has gone through the roof. Imagine not having to worry about paying the bills? A guaranteed cheque at the end of each month, ensuring you can stay on track. No wonder 1.5 million volunteers have come forward!

So where did this concept come to life? Officials from the Mein Grundeinkommen charity believe that an unconditional income could solve all of society’s current issues. The assumption is that people will be able to tap into their creative side more freely, thinking out of the box without the pressure of income.

They’re not alone in their crusade. Since 1982 every Alaskan resident has been entitled to funds from the Permanent Fund Dividend. Whether you’re young, rich or old, employed or unemployed, every October you are entitled to a portion of the profits from Alaska’s state oil industry. This payout comes around every October, and once it’s in your bank account, you’re entitled to do whatever you want. What a liberating experience – no strings attached.

In May, Spain came to the party with a Guaranteed Minimum Income. While it’s aimed at COVID-19 economic relief, the government claims it’ll become permanent. The UK isn’t far behind with the Green Party and SNP both championing it as a way forward. Mein Grundeinkommen is certainly onto something.

What is a Universal Basic Income?

According to Guy Standing, esteemed Economist and author of Basic Income: And How We Can Make It Happen, you can define a universal basic income as “a modest amount of money paid unconditionally to individuals on a regular basis; intended to be paid to all, regardless of age, gender, marital status, work status or work history.”

The term originates from Thomas More’s book Utopia published way back in 1516. The book is a political satire depicting an island where conditions are as they “should be”. On this island, every citizen is entitled to “some means of livelihood”, essentially what we now know as universal basic income.

The goals of any universal basic income programme are to alleviate poverty, replacing need-based social programs and encouraging community involvement. A fundamental factor is that they’re universal, no criteria to qualify. 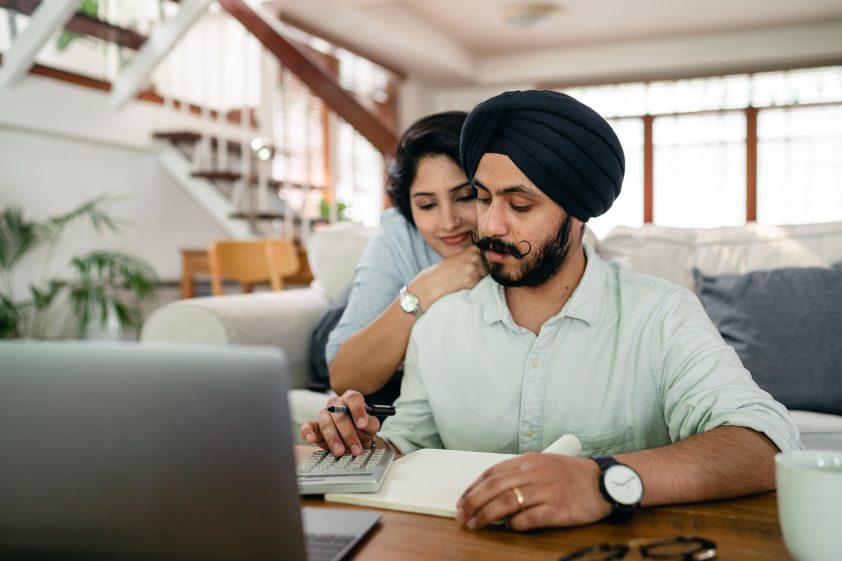 The debate regarding an unconditional basic income has been going on for years. Naturally, ideological bias tends to sway one’s thinking, but you can’t help but wonder – what would you do if you didn’t have to do anything?

There are two camps of thinking. On the one hand, some believe we’d all become lazy freeloaders coasting through life with little drive or determination. On the other, we’d become big thinkers thriving in a space where there’s room to dream without the shackles of income. You can tell which camp I’m more inclined to pitch my tent in.

In 2010 Guy Standing launched several projects including one in Madhya Pradesh, India. UNICEF funded it to test how a community of 20 villages responded to a basic income. Instead of sitting back and waiting for their monthly cheque, there were overwhelmingly positive affects on the standard of living. Standing saw improved sanitation, improved health, improved child nutrition and best of all, improved school attendance and educational performance.

Also see  Always Look on the Bright Side: Can Optimism Help Us Live Longer?

By removing the financial pressure of keeping a roof over your head, the community was able to shift their focus. In general, their extra income was spent sensibly and not on lavish nice-to-haves. The same goes for a community in Nambia who received a basic $10 package every month for two years.

There’s no denying that while there’s plenty of merit in support of universal basic income, it comes at an enormous cost to the economy. It comes down to the fact that it applies to everyone, not just those in need. Again, the devil’s in the detail. There’s always a level of shifting and reconfiguring that could make it a reality. Ideas like diverting revenue lost in tax relief or establishing a fund paid through carbon tax are some of the top contenders.

You may be wondering, why the sudden resurgence in universal basic income conversation? The general state of the world has us all questioning why we do what we do. The effects of a global pandemic tend to bring everything back into focus, and it’s certainly made us question our priorities.

Inequality is steadily on the rise with middle classes are stagnating across developing countries, and for many, a universal basic income means social justice for all. The idea is that it’s fair, something that could bring society together, a common good if you will.

Another argument which warrants a mention is the inevitable reality of man replaced by a machine. Many of our jobs will inevitably be replaced one day by computers or dare I say it, robots and what will we do then? By thinking about it now, ensuring everyone receives a basic salary, we alleviate the concerns regarding income security.

Can money improve your happiness? 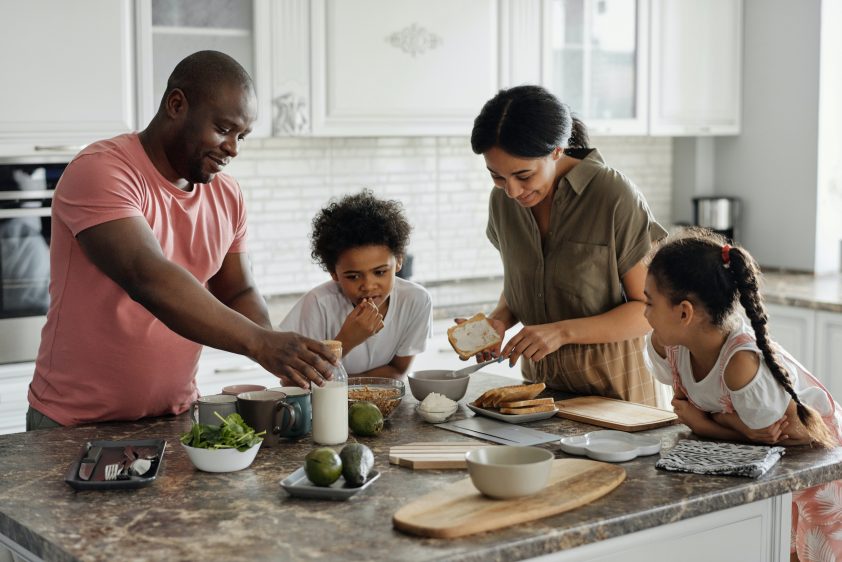 In short, yes. It absolutely could. According to business author Ryan Healy, the five fundamentals of creativity are:

What do all five have in common? They require money and time to make them a reality. When funds are tight, time is often the first thing to suffer. You pick up extra shifts, adding more income streams to your already busy day, which ultimately affects points three and five.

Good food comes from better shops and more time for preparation, and of course, exercise comes at a cost. Whether it’s gym memberships, workout classes or merely having the time to walk for enjoyment (no to commute), it comes at a price. Mental stimulation refers to reading, conversations with friends or doing something new and exciting. Let’s face it. Often this requires travel which again, comes with cost and time constraints.

Do you see the pattern? To get the synergy of these five fundamentals, you have to be able to afford them. A universal basic income is the perfect stepping stone to accessing this mindset, think how much we’d be capable of achieving?

The world is ripe for change, and political parties are starting to recognise that things have to change. This year has forced us to take stock, to relook at our priorities and realise that we need to start looking after eachother. Ultimately, it’s clear that a universal basic income makes sense – now we have to figure out how we’ll get the funds.