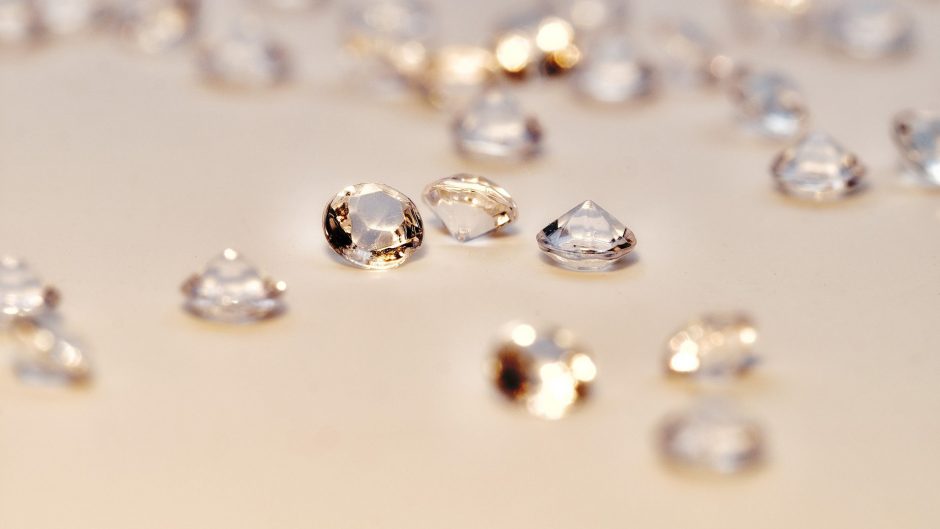 What a year it has been for girls’ best friends.

After a difficult 2020, 2021 has put the diamond industry on the road to recovery; a path that looks set to continue into 2022 and beyond.

Take a look at diamond industry statistics, trends, and forecasts for this year and the next. 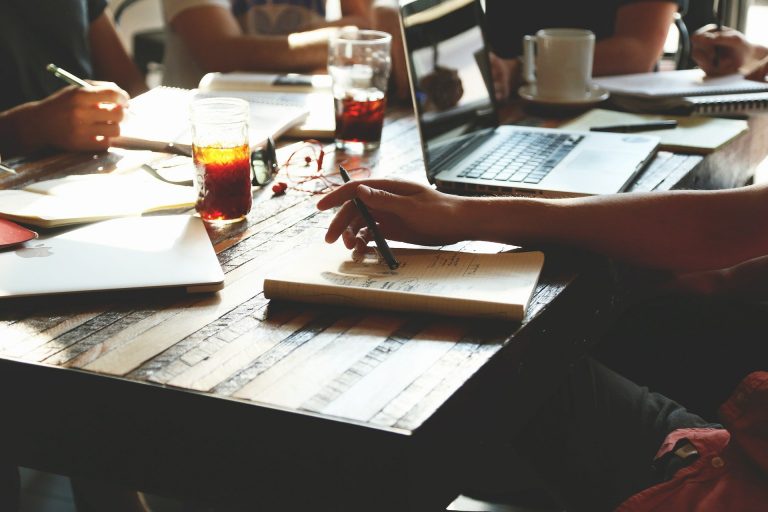 A glance at a few of the realities that the diamond industry faced in 2020 helps to put this year’s facts and figures into perspective. GlobalData associate project manager, Vinneth Bajaj described how the industry, already facing several challenges, was further impacted by the Covid-19 pandemic in 2020.

One of the biggest pre-pandemic challenges was the trade war between the US and China, as well as political instability in Hong Kong, one of the world’s most important diamond trading locations. The already dented industry then had to face disruptions to cross-border movements and operating activities due to the pandemic.

As a result of those factors, global rough diamond production fell by an estimated 19.4% to 111.4 million carats (Mct) in 2020. Botswana was the worst diamond producing country affected by the pandemic. The southern African country reported that production tumbled by a horrific 28.5% to 16.9Mtc in 2020. Apart from the pandemic resulting in planned reductions due to lower demand for rough stones, the country’s diamond production also was affected by operational challenges at Debswana’s Orapa mine. 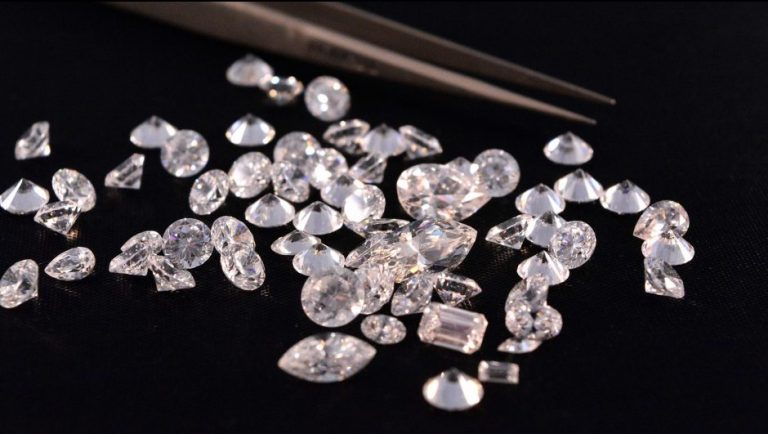 2020 was a dismal year for diamonds, but 2021 is putting the sparkle back into the industry.

According to Bajaj, global rough diamond production should see a 1.4% recovery to reach 112.99Mts in 2021. He also predicted that Botswana should see a 37% recovery in production. Other countries expected to see significant improvements in production include Angola (26.3%) and Canada (16.6%).

Bajaj said that the reason for the not-exactly-impressive increase in production this year was due to moderate growth in Russian rough diamond production and to the closure of Australia’s Argyle mine toward the end of last year. That said, he expects production to grow at a 2.5% compound annual growth rate (CAGR) between this year and 2025, when production is estimated to reach 124.8Mtc.

The Argyle mine closure brought Australia’s diamond production to a halt. However, the country may see a revival, as several mining companies are investigating potential deposits. One company, Lucapa Diamond, also began the process of acquiring Merlin Mine from Merlin Diamonds in May this year.

He also forecast that Russia will retain its title as the world’s largest diamond producing country. Other countries that will continue to play an important role in diamond production include Botswana, Canada, and Democratic Republic of Congo (DRC), each of which may see new mines opening. Those major players in the production of the precious stones will be joined by Angola, which Bajaj predicted will eventually surpass DRC in terms of production.

Diamond Demand On The Rise 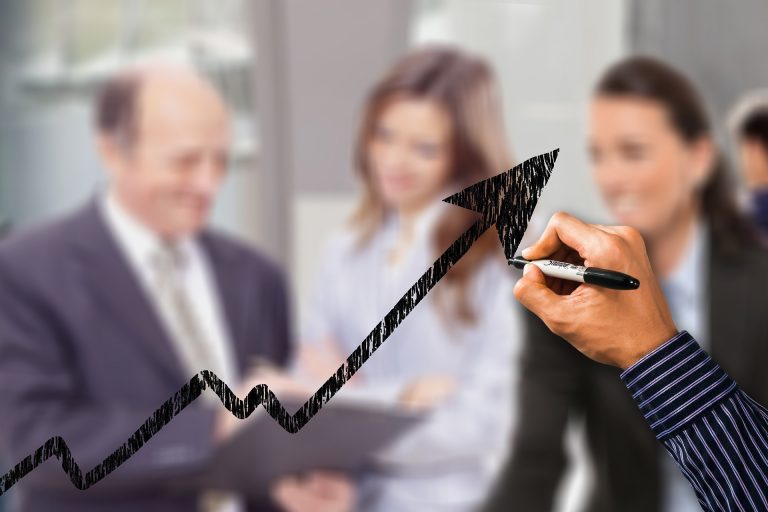 Production wasn’t the only area of the industry that was affected in the first year of the pandemic. Border closures and fewer engagements and weddings, as well as economic factors, resulted in a decrease in the demand for the sparkling precious stones. Demand also became more localised than before.

The recovery in the world’s demand for diamonds was led by China, which was one of the countries to recover the fastest from the pandemic-related economic setback. China was joined in its economic and diamond demand recovery by the US, another key market, toward the end of last year.

GlobalData was not the only firm to predict a recovery in the demand for diamonds in 2021 and into 2022 and beyond.

The tenth annual report on the global diamond industry by the Antwerp World Diamond Centre and Bain & Company stated that, despite evidence of the beginnings of recovery at the end of 2020, a full recovery isn’t expected until between 2022 and 2024.

The report was slightly more conservative in its recovery forecast, with China leading the way in 2021, followed by the US and other developed countries in 2022 and 2023. Emerging countries’ retail recovery is only expected to get up to speed in 2024.

The report identified three major factors that will impact the road to recovery, namely epidemiology and the responses of governments and consumers.

According to the report, the industry will need to make a few changes after the pandemic. Among those changes are: 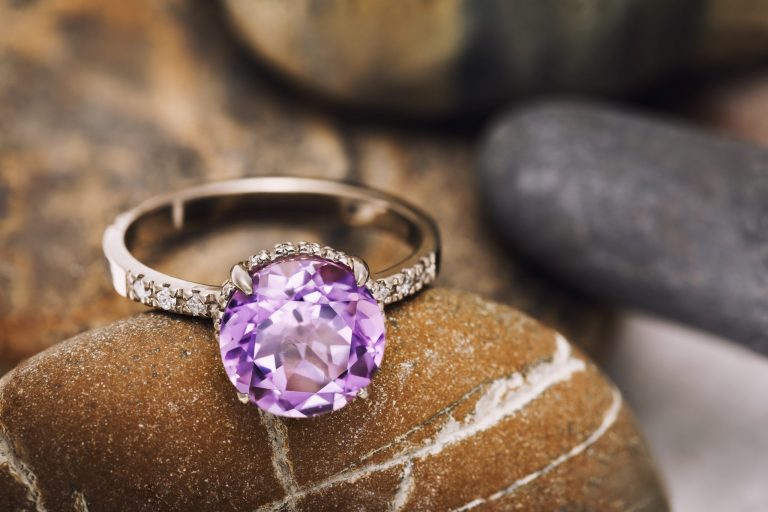 The 2021 Natural Colour Diamond Association (NCDIA) report also had good news for the industry. The report revealed that the prices of rough stones increased between 15 and 40% in 2021. The price increases were influenced by the type of diamonds, the producers, and whether the rough markets in question were primary or secondary.

De Beers’ overall price book increased by 14% between July 2020 and February 2021. The eight-month period also saw the producer raise prices five times. Some categories saw a much higher increase, premium material box-traded on the secondary market among them. According to the report, boxes are being traded at anything between 10 and 20% higher than the list price.

Smaller producers reported full sale events, whether they be auctions or tenders, as well as record prices for rough diamonds. There’s still room for improvement when it comes to brown diamonds and smaller sizes, but even those categories have seen higher demand than usual.

Reasons For The Rebound In Coloured Diamonds

The NCDIA report identified several factors that have influenced the recovery in the coloured diamond market:

Retail dynamics: After a greater emphasis on online sales during the worst of the pandemic, retail has embraced ecommerce as a complementary sales channel. This has played a role in the continued recovery in key markets such as China and the US.

Demand for luxury: The gradual return to normality is driving an increase in luxury sales. There is greater demand for polished stones, but that’s not the only factor pushing up polished prices. The prices are also increasing due to the higher prices of rough stones. Bain & Company reported that the luxury market is recovering faster than predicted.

Supply constraints: Alrosa and De Beers are among the producers that have stated they have lower-than-usual stock levels, which means limited sales volumes. However, this could be a case of a price-over-volume strategy to increase demand. 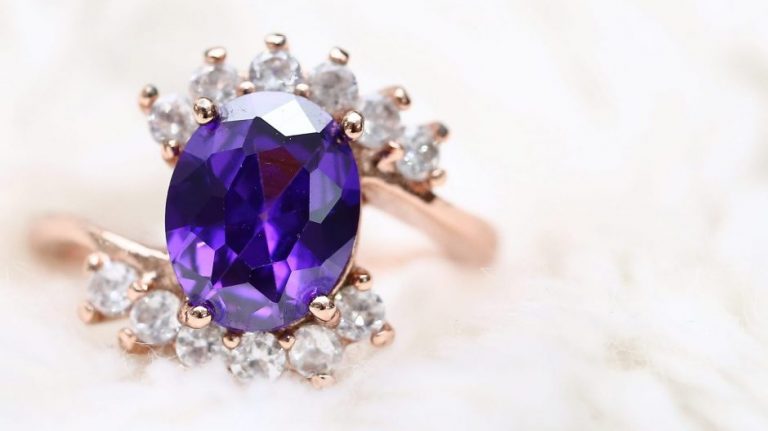 The increase in diamond production in 2021 yielded some fabulous finds, especially in coloured diamonds. These are some of the highlights:

With all this exciting news to whet your appetite for diamonds, let’s take a look at a few trends that made their presence felt in 2021 and that are likely to continue into 2022:

Also known as pendeloque or teardrop cut, pear cut diamonds have been a popular choice in 2021. Victoria Beckham and Cardi B are among the celebrities who have been seen sporting the classic cut. We suspect the shape will be seen on many more fingers in 2022.

Not exactly a new trend, halo diamonds are set to remain a popular choice for rings and earrings in 2022. The style features a large central stone surrounded by smaller accent stones – in most cases, those stones are pave diamonds. The style ensures the stones catch the light from every angle for real sparkle and fire.

Colourless diamonds have been the traditional choice for engagement rings, but today’s consumers want a pop of colour. While many add that colour by incorporating precious stones such as emeralds, rubies, and sapphires, we predict that more people will choose coloured diamonds for their engagement rings in 2022.

We’re thrilled that the global diamond industry is well on the road to recovery following a stark 2020. One of the world’s hardest stones, diamonds certainly have staying power.