Blog » Hobbies » Gardening » Flowers » What Is The December Birth Flower? The Meaning Of Holly and Narcissus 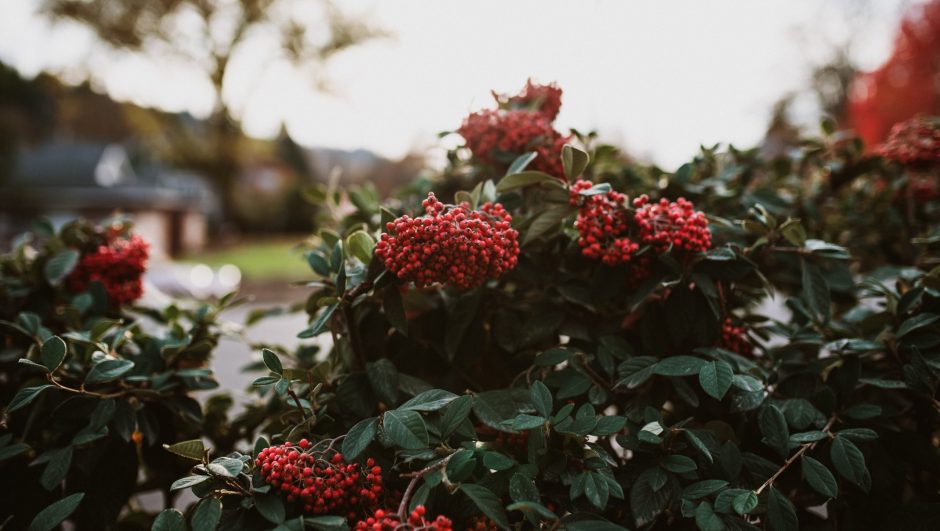 Born in the final month of the year? Join us as we find out more about the December birth flowers and what meanings they hold.

What is December’s Birth Flower?

The birth flowers for December are Holly and Narcissus, absolutely perfect for the final month of the year and all the festivities that go with it. 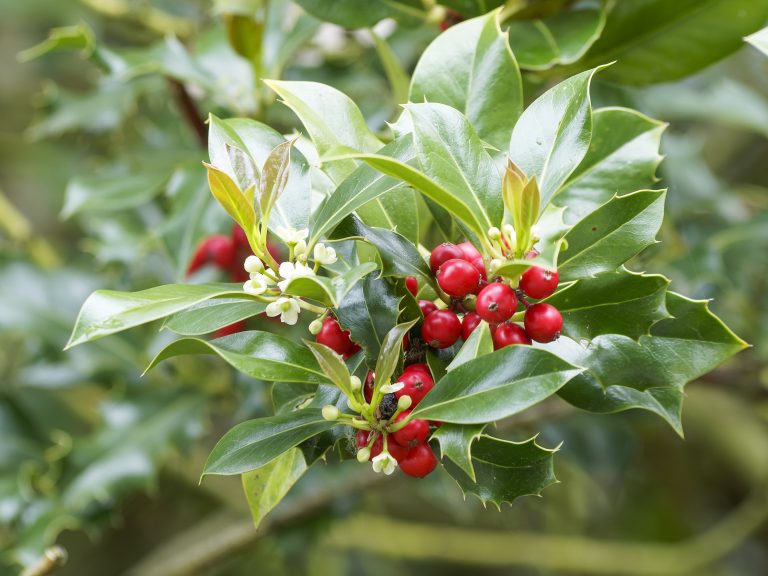 The holly is an evergreen plant native to the United Kingdom. It’s also one of the festive season’s most famous plants – right after the mistletoe, of course. This versatile plant has over 200 varieties, often with the prickly leaves and red berries we’ve come to associate with Christmas. While the fruit is often eaten by animals, it’s semi-toxic to humans.

Deer, squirrels, and other smaller mammals will devour holly and its berries are an important food source for almost 20 bird species.

What is the Meaning of Holly?

The most common symbolism for holly is that it denotes happiness at home. Perfect for the holiday season!

Did you know that if a holly bush has berries it’s a female? It’s a dioecious plant, from the Greek word for “two households” which tells us that each plant is either male or female.

You need bushes of each type in whatever locale they’re growing for cross-pollination to occur. This means that holly bushes without berries are either male or isolated females and those with berries aplenty are always female.

What Does Holly Say About December Babies?

With holly as one of their birth flowers, December babies are beautiful inside and out. They’re also focused on the prize and are willing to work hard to get where they want to be. People born during this month love a challenge and gift those around them with a warm, amiable nature.

Primarily a winter flower, holly’s bright red berries against its fresh greenery slips a little reminder of spring into the coldest months. Inspect both the fruit and the leaves before you buy to ensure they’re pest-free and in their prime. 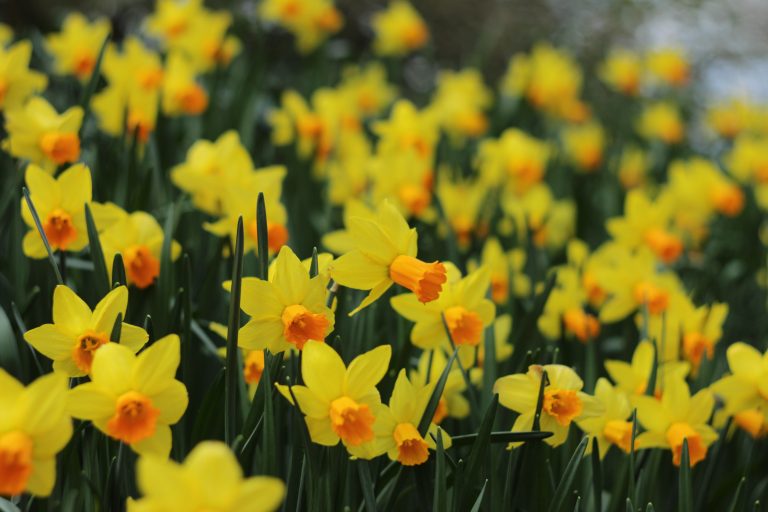 You‘ll find narcissus in white and yellow most frequently, but they can also come in oranges and pinks too.

What is the Meaning of Narcissus?

Commonly, the narcissus represents faithfulness, modesty, and respect, especially when used as symbols in art and literature. It also depends on where in the world you’re from!

For example, the Chinese believe it symbolises prosperity and wealth, while the early Victorians considered it representative of a selfish, egotistical individual.

The term “narcissus” comes from the Greek word for “narcotic”, but it is also linked to a myth about a man with this name. Narcissus was the son of a nymph and river god who fell in love with his own reflection as a result of his beauty. He eventually drowned due to his obsession with himself. Shortly thereafter, the first narcissus flower bloomed at that very spot.

In light of this, it’s easy to see how the flower could have negative connotations. Although this flower can symbolise that someone is too self-obsessed, it can also be a symbol of change and improving oneself in the future.

As one of the earliest bulbs to bloom, they’re a symbol of rebirth in the springtime. This punctuality each year can also symbolise that someone is always on time and punctual for events.

What Does Narcissus Say About December Babies?

With all its many interpretations, narcissus tells us overall that people born in December are generally ambitious, confident, creative, good-looking, and possess fantastic communication skills.

Shop with your nose as well as your eyes. Choose blooms that have a fragrance that speaks to you and smells as good as it looks! With that, you’re well on your way to start planting narcissus.

Buying Flowers For A December Birthday

With the festive season in full swing at this time of year, it’s easy to let your December-born friend, lover, or family member’s birthday slip past unnoticed. Don’t let this happen to anyone you care about! Now that you know more about what these blooms have to say, create a beautiful bouquet that celebrates a relationship that’s important to you.

White narcissus symbolises innocence, purity and the metaphysical realm. They carry a particularly lovely message for very spiritual people, so consider a bouquet of them if your parents fall into this category.

The druids saw holly as a fertility symbol, so it makes a fabulous present for your romantic partner, especially if the two of you are trying to conceive. Even if you’re not, though, this kind of fruitfulness can manifest in any number of different ways, all good.

What is the June Birth Flower? Symbolism of Rose & Honeysuckle

Yellow narcissus symbolises positive energy and joyfulness and will tell your grandparents how happy they make you.

For A Friend Or Colleague

Orange narcissus is a symbol of friendship and positivity. This makes it a perfect present for your pals as well as appropriate for people you’ve become close to at work.

When it comes to the December birth flowers, we can see that the holly looks to celebrate the end of the year and bring about festive cheer, while the paperwhite narcissus looks to showcase rebirth and prosperity. It’s almost as if the flowers help to bring the year to its completion and shed some light on the positivity that lies ahead.

While the year may be coming to an end, it’s important to celebrate accomplishments, reflect on the things that were not so great and look forward to seeing what the new year brings.