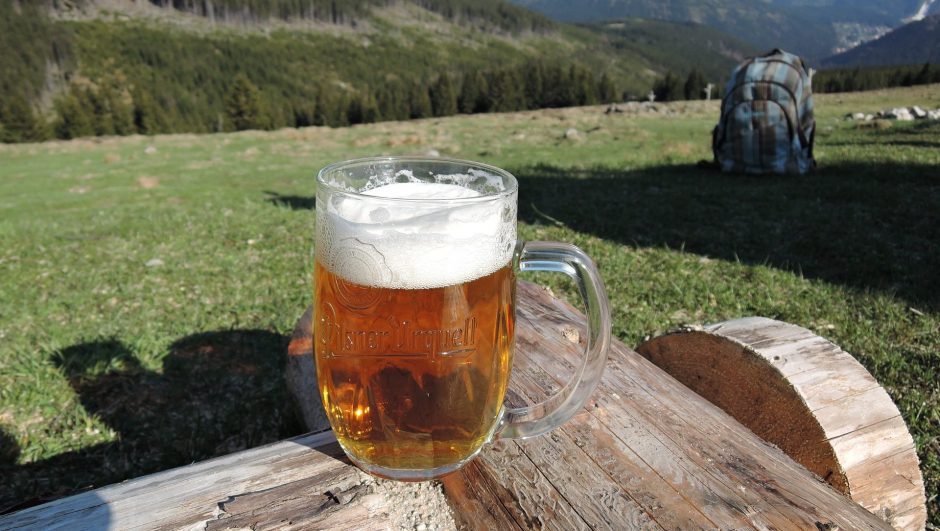 If you’ve sipped a Pilsner or Heineken beer before, you have tasted Czech beer.

Czech beer brands are some of the best in the world, which should not come as a surprise, considering Czechs are the biggest beer drinkers on the planet.

Read on to learn more about Czech beer and which ones you should try.

The region now known as the Czech Republic has been brewing beer for a long time.

The first brewery opened in 993 AD, in what was then known as Bohemia, and is now the western half of the Czech republic. By the 12th century, most Czech towns had at least one brewery and were exporting beer. In those days, many breweries were run by monks in monasteries who were allowed to drink beer during fasting periods.

Every time a survey on beer drinking is done, the Czech Republic comes out on top as the biggest per capita beer consumer in the world. In 2013, the average Czech person drank 147 litres of beer – that’s more than a 12-oz. (355 ml) beer each day for every citizen!

Beer drinking culture in the Czech Republic has a long and rich history. Just like wine in France or Vodka in Russia, Czech beer is a point of national pride. It is deeply wrapped up in their culture and is even considered a remedy for many ailments.

What Are The Major Beer Companies In The Czech Republic?

The Plzeňský Prazdroj Group was founded in 1842 and is the most popular brewery within the Czech Republic.

Staropramen Brewery has only been in business since 1998, but has already grown to be the second-largest Czech beer company. Heineken is a big exporter of Czech beers and is the third-largest beer producer in the world. Budejovicky Budvar produces Budweiser and Budvar beers but is not to be confused with the unrelated American company Budweiser.

What Is The Most Popular Czech Beer? 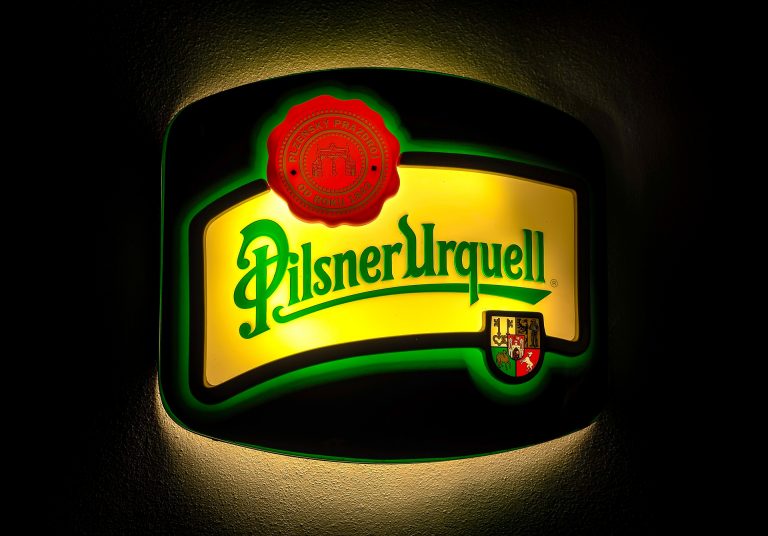 The most popular Czech beer is Pilsner Urquell, brewed by the Plzeňský Prazdroj Group in the town of Plzeň. This light and easy drinking beer is not only the most popular beer in the Czech Republic, but it is a large export too.

Pilsner is the world’s most popular beer style, and Pilsner Urquell is the original version. It has an ABV of 4.4% with a thick, long-lasting head. Like many Czech beers, Urquell is triple-decocted, a long process that results in a richer flavour, and creamier foam.

What Is The National Beer Of The Czech Republic?

The Czech Republic does not have an official National beer. Each region has its own varieties, and the Czechs are proud of all their beers. However, as the most popular beer in the country and the original pilsner beer, Pilsner Urquell certainly deserves the title.

What Are The Styles Of Czech Beer?

In the Czech Republic, beer is categorized according to degrees rather than ABV or style. The degrees correspond to the Balling scale, which represents the “weight” of liquids.

A higher degree means more sugar, which results in a higher alcohol content and a stronger flavour. For example, a lehké is a “light” beer brewed below 8° Balling. Then there is výčepní, between 8° and 10° Balling, ležák, brewed between 11° and 12.99°, and lastly speciál – a “special” beer, brewed above 13°.

Czech lager is some of the best in the world, and most beer brewed there falls under this category. The pilsner-style light lager is the most acclaimed, but if you prefer darker lagers, these are also delicious.

What Are The Best Czech Beers To Try?

There are far too many delicious Czech beers to list them all, but here are the top 5.

The original pilsner was made with light malted barley from Moravia and Saaz hops. Over 150 years later, it still retains its characteristically light yet malty flavour. An easy drinking beer, Pilsner Urquell is perfect with food or as a refreshing after work beverage.

While pilsner is a young beer, Černa Horá dates all the way back to the 1530s. A top-fermented beer with an ABV of 4.8%, it has a cloudy look and a distinctly yeasty aroma. With its palate of banana and clove and a balance of sweetness and spice, Černa Horá is a deliciously unique beer.

Březnický Ležák is a richly coloured and flavoured beer, thanks to being hopped four times then cellar-aged for six weeks. With an ABV of 5.2%, it uses only Žatecký poloraný červeňák hop and local well water. It has a bready aroma, and a mid-range bitter finish, making it a favourite among beer connoisseurs.

Czechvar lager is known as Budvar Budweiser in the Czech Republic, but is sold as Czechvar in the States to avoid confusion with American Bud. It’s a hoppy beer with a thick head and a gold tone, and an ABV of 5%. This lager is cold-fermented and stays in its vats up to seven times longer than the average beer.

Zichovec Coconut Stout is a dark blend with a complex ageing process. After brewing, it is aged for 18 months in barrels previously used for bourbon ageing. Then the stout blend is passed over roasted coconut before bottling. It’s a sweet beer with a roasted palate and a mix of oats, wheat, and barley malts.

What Are The Best Microbrew Or Craft Beers In Czech Republic?

Microbreweries are becoming increasingly popular in the Czech Republic, but not many are available outside of the country.

This easy-drinking beer comes from the travelling Pivovar Nomád brewery. This brewery is constantly moving around the country, using local ingredients to brew its beers wherever it goes. If you want to try the American Pale Ale, you’ll have to head to the Pivovar Nomád tasting room and shop in Žižkov or at The Tavern in Prague.

Also see  What is Braggot? The Golden Child of Beer and Mead

This delicious honeyed lager is one of 5 distinct microbrews produced by Two Tales, a small artisan brewing house founded by a Czech and a Californian expat.

This smooth IPA is produced by Matuška, a microbrewery in the village of Broumy. With its citrus flavours, this beer goes beautifully with a gourmet hot dog from Nota Bene Beer Point in Prague.

What Are The Best Czech Beers To Pair With Czech Food?

Czech food is deliciously hearty, and there are many bar snacks designed specifically for beer pairings.

This bread and cheese bar snack is made from Hermelin cheese, a Czech version of camembert, and traditional Czech rye bread. It is delicious with a cold, crisp Pilsner Urquell. 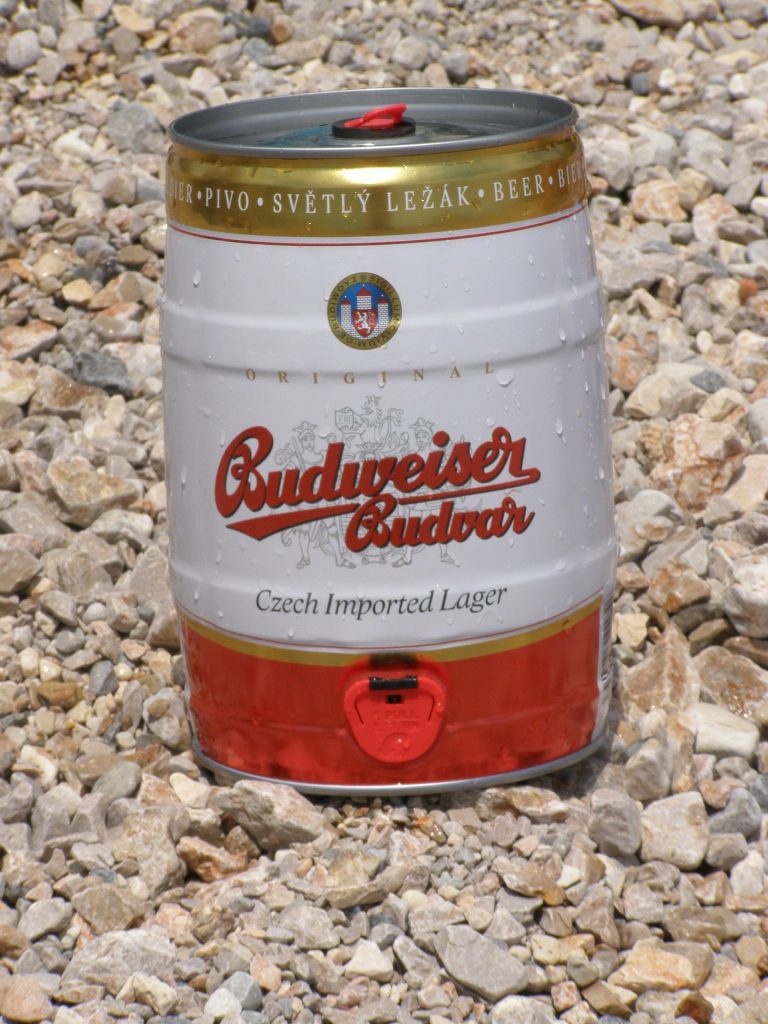 Guláš is the Czech version of Goulash, a rich slow-cooked stew of meat and vegetables, served with traditional bread dumplings. This comforting winter food pairs beautifully with the hoppy Czechvar Lager (Budweiser Budvar).

Vepro Knedlo Zelo is Czech-style roast pork, a dish that requires a hearty dark lager to go with it. Traditional Czech dark lagers also pairs well with Sekana pecene, a kind of meatloaf made from half pork and half beef mince mixed with slices of bacon, onions and garlic.

How To Order A Beer In Czech

“Pivo, prosim” means “beer, please” in Czech, and will bring you a pilsner style lager.

If you want something specific, just ask for it, remembering to add “prosim” at the end.

To indicate a number, you can use your thumb to represent “1” beer, your thumb and forefinger for “2,” and so forth. Ask for “VeIké” (large) for a 16 oz. glass, or “malé” (small), for a 10 oz. glass. Most Czech beers will come “hladinka” style, which means about a quarter foam.

If you want to really embrace the Czech love of foam, ask for your beer “mlìko”-style – almost all foam with a little beer at the bottom.

Czech you at the bar!