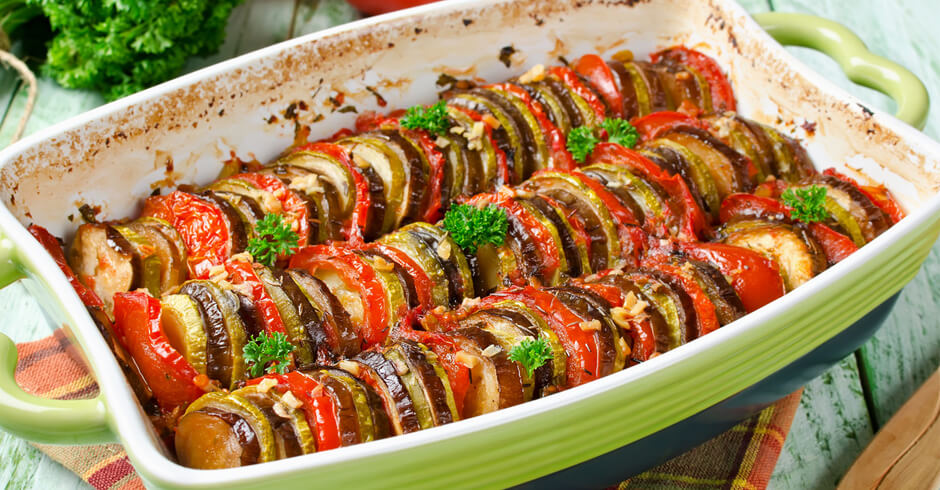 Famed for its cuisine, when you explore deeper into France, you will find that each region has its own traditional cuisine and specialities. There are 12 major regions in France when it comes to gastronomy, so let’s take a look at the cuisine of France and each region’s characteristic dishes.

In beautiful sunny Provence and the French Riviera the sun is hot and the cuisine is inspired by neighbouring Italy. Olive oil is used rather than butter or lard and garlic is a common seasoning. Try Bouillabase, which is a hearty fish soup that is seasoned with saffron. Other popular dishes that come from this region include ratatouille and salade Nicoise.

In the capital you will find a fantastic selection of bakeries, cafes, open-air markets and chic restaurants offering delicious treats. This city is the birthplace of Haute Cuisine and Nouvelle Cuisine and it is where you will find some of the most modern and innovative food in the country. The nine restaurants boasting three Michelin stars would attract any gourmand. Head to Le Chateaubriand for chic ‘bistronomy’, or L’Arpége for more classic fare.

In Alsace and the surrounding area you will find a lot of foods that are influenced by German culture, including sausages and sauerkraut. Also, comfort foods such as Apple Tart and Quiche Lorraine come from this area. Pork and goose are popular meats here and much of the cooking is done with lard.

Also see  5 of the Finest French Dishes in London

INDULGE IN A FLAVOURS OF FRANCE TASTING MENU IN NYC 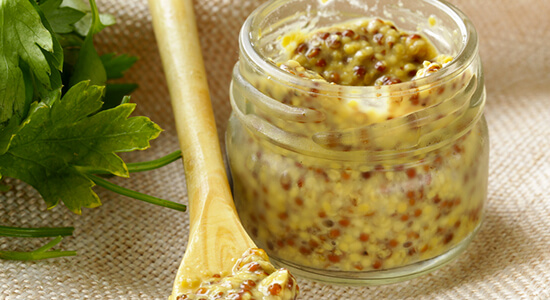 The Burgundy region has always been known for its wine production. Also, this region has the most Michelin starred restaurants outside of Paris. Burgundy is home to the town of Dijon, which gives its name to the spicy mustard. The signature dish is beef bourguignon, which is a beef stew with red wine. Also, this region is the best place to sample escargot.

Due to the long coastline of Normandy in Northern France, this region is known for its seafood dishes. Thick, rich stews are also a common meal here and since the land provides good pasture for dairy cows the local food is traditionally cooked with a lot of cream or butter. The soil is not too fertile except for apple trees, so apple dishes are very popular.

The soil is very rich and fertile in the Loire Valley, so the cuisine of this region includes plenty of pears, cherries, melons and strawberries. The meat that is often used is veal, beef, lamb, game or fish. Central France is also known for its delicious goat cheese and regional mushrooms. 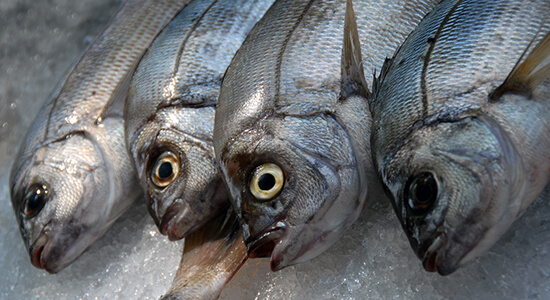 Fresh fish from the island of Corsica

An island in the Mediterranean, it comes as no surprise that Corsican cuisine features a lot of fish. It also includes pork, which is made into sausage and ham. The produce that grows in the area, such as figs, nectarines, clementine’s and lemons are incorporated into the cuisine.

In the traditional recipes from the Rhone Valley and Lyon you will see an abundance of fresh produce and fresh water fish from the many clear streams running through the area. Also, this region is known for a wide range of sausages and speciality cheeses.

This region of France is known for producing the very best butter and cheese in the country. You can find delicious oysters in the Oléron-Marennes basin and mussels from the Bay of Aiguillon. Limousin is where you will find the very high quality Limousin cattle and the woodland areas offer excellent mushrooms and game. 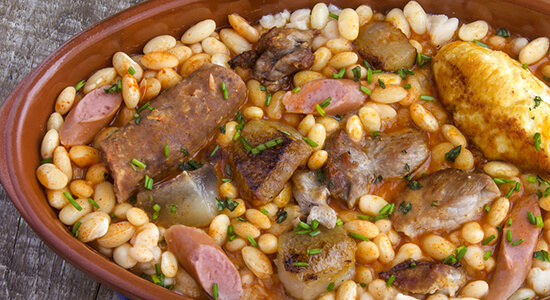 The region of Bordeaux also includes Perigord, Gascony and Basque country. This region is known for its wine, as well as excellent sea and stream fishing. From the Pyrenees comes high quality lamb and excellent sheep cheeses. This is the region to head if you are looking for superb farm-to-table hearty home cooking.

The Basque country has its own distinctive culture and cuisine and the food there is amazing. The signature dish is cassoulet, which contains baked white beans and duck or goose and is similar to a stew or a casserole.

This region offers cooking that is heavily influenced by Spanish cuisine and some of the popular ingredients include sheep, fish and sausages. For example, dishes such as brandade (puree of dried cod wrapped in mangold leaves) are influenced by Catalonia. Game and rich goat cheese are also common in this area.

This has been a whirlwind journey through the culinary regions of France, each one offering its own unique collection of delicious dishes. Inspired by the cuisine on show? Indulge in a 15-course tasting menu of French culinary discovery at New York’s Michelin starred Picholine.