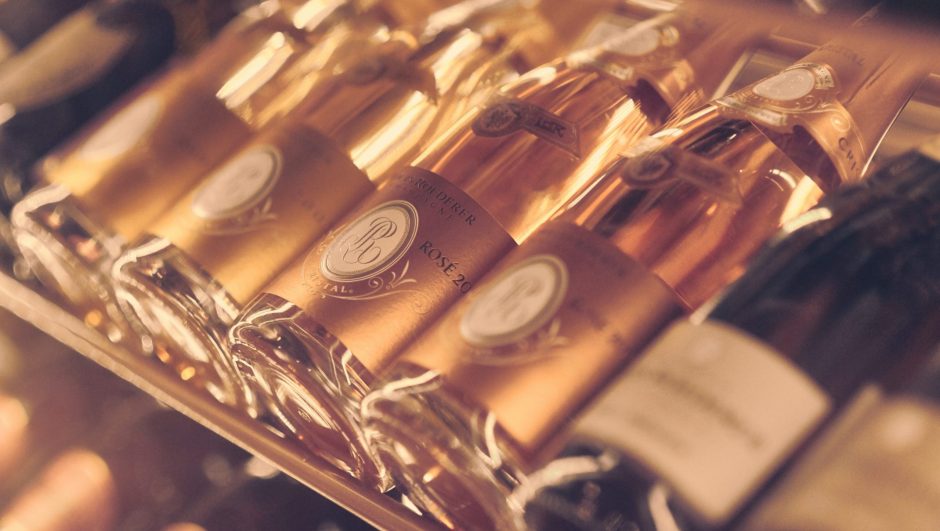 The golden bubbles and air of sophistication that is synonymous with Cristal Champagne is legendary, especially since it’s been endorsed over the years by everyone from reality TV personalities to true Champagne aficionados.

It’s so highly sought after, in part due to its 100-point rating from Wine & Spirits Magazine in 2002, that almost a decade on, it has a well-deserved reputation. It’s known as one of the most sought-after and finest Champagnes that the world has to offer.

What Is Cristal Champagne? 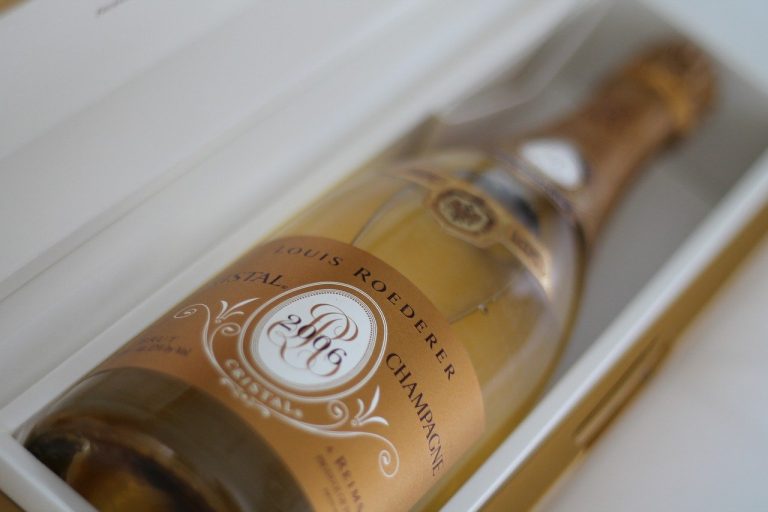 The flagship cuvée, Cristal champagne, was first produced by Louis Roederer in 1876 for the Tsar of Russia, Alexander II. It remains one of the most expensive wines around the world, and this is due to its illustrious history, the quality of the vineyards and grapes used, as well as how it is distilled and aged to give it the beautiful golden colour and fine bubbles.

The bottles that the champagne comes in are also unique and made from clear cut lead crystal, with flat bottoms.

What Is The Origin Of Cristal Champagne?

Cristal champagne is a champagne that dates to 1867. It was part of a custom-made brew served at the Three Emperors’ Dinner in Paris after champagne became popular with the Russian nobility during the 1850s. After the dinner, Tsar Alexander II of Russia was so impressed with the taste of it and its presentation, he decided to make the golden-hued champagne his official palace wine.

Also see  A Guide To Brut Champagne: What is Brut and What does Brut Taste Like?

In 1876, Cristal Champagne officially went into production, and reportedly, due to the Tsar’s fears of bombs in bottles, the champagne came in clear glass or crystal decanters that had flat bottoms. This ensured no devices of assassination could be hidden beneath the bottles.

Louis Roederer Champagne to this day has continued to produce it, and it first became publicly available in 1945.

How Is Cristal Champagne Made?

Winemakers of Cristal Champagne rely on harvests of the best quality of grapes in order to make the legendary sparkling wine. Thus, it is not an annually made champagne which in turn leads to a justifiable scarcity of product during ‘off’ harvests or years. The grapes which are used to make Cristal champagne come from only 45 plots in 7 grand crus which are found within the Champagne region of France.

When the grapes of the right quality are grown only in the best years, then once they’re harvested, they’re divided into 60% pinot noir and 40% chardonnay grapes which are then blended together. These blended grapes are then aged (with around 8 – 30% of the wine being oak cask-aged) to create the final product. Their brut variety is then matured on lees for a period of four years, which makes it a vintage champagne, after which, a period of six months is given to let it disgorge. This process is what gives Cristal its unique balance of aromas and flavours.

The bouquet of freshness, combined with well-aged champagne, is what Cristal is known for, thanks to Louis Roederer. The effervescent bubbles are of a fine quality which, along with an aroma of toast and citrus, leads to the taste of juicy fruits, crisp acidity and creamy, honeyed rich flavours. This perfectly balanced blend of soft and strong, pure and sharp, silky and fruity, is what makes this champagne a truly unique tasting experience.

Is Cristal Champagne Dry Or Sweet? 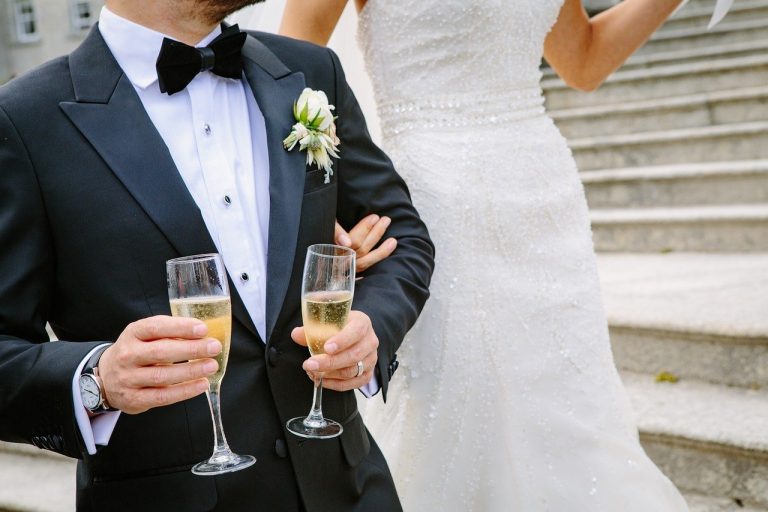 When Cristal Champagne was first served in the Russian court, it was a delicate, sweet sparkling wine, by all accounts. Nowadays, however, the chalky soils of the vineyard have given the final product a taste that leans more to the brut (dry) side of things.

How To Drink Cristal Champagne?

Like other champagnes, in order to get the peak flavours and enjoyment, it’s best to serve Cristal Champagne cold, and serve it straight from the ice bucket. It should be between 8 – 10°C, and once popped, poured and enjoyed in a champagne flute (though many people swear it tastes best in a wine glass so it can breathe).

What Food Does Cristal Champagne Pair With?

Due to its brut flavours, Cristal Champagne would pair well with classic champagne foods. Options such as citrus, fried potatoes, white truffle, steak, and fried chicken will do justice to the flavour profile that Cristal has.

How Much Is Cristal Champagne?

As one of the crème de la crème consumables for the rich, Cristal carries a price tag of over $269. An incredibly expensive indulgence that by all accounts, is well worth the cost.

Why Is Cristal Champagne So Expensive?

Beloved by those with money and with a reputation for being one of the world’s best champagnes, a bottle of Prestige Cristal runs for just under $300. Part of the reason Cristal is so expensive is the quality of the grapes used, along with the method of how it is made. Only in good harvest years are grapes harvested for Cristal use, and this doesn’t happen annually. This leads to limited production runs which lead to higher retail values.

Also see  How to Read a Champagne Label

How Long Does A Bottle Of Cristal Champagne Last?

According to the official winemakers, Cristal Champagne is a wine that will keep its freshness, boldness, and purity for well over twenty years, making it ideal for collectors to enjoy. However, once the bottle is open, it’s best to consume its contents straight away.

Which Is Better, Cristal Or Dom Pérignon?

Depending on which year, or which institute you ask, either Cristal Champagne or Dom Pérignon could claim this title. However, in the media, most articles refer to the results of the 2006 survey run by the Luxury Institute’s Luxury Brand Status Index (LBSI).

The survey included numerous sparkling wines and champagnes and after tallying up the results, Dom Pérignon claimed the title of being the winner, while Cristal came a close second. However, with Cristal having been created for royalty and only a century later released to the public, it has its fair share of fans. As both champagnes are unique, only you personally can decide if Cristal Champagne or Dom Pérignon is better for you.