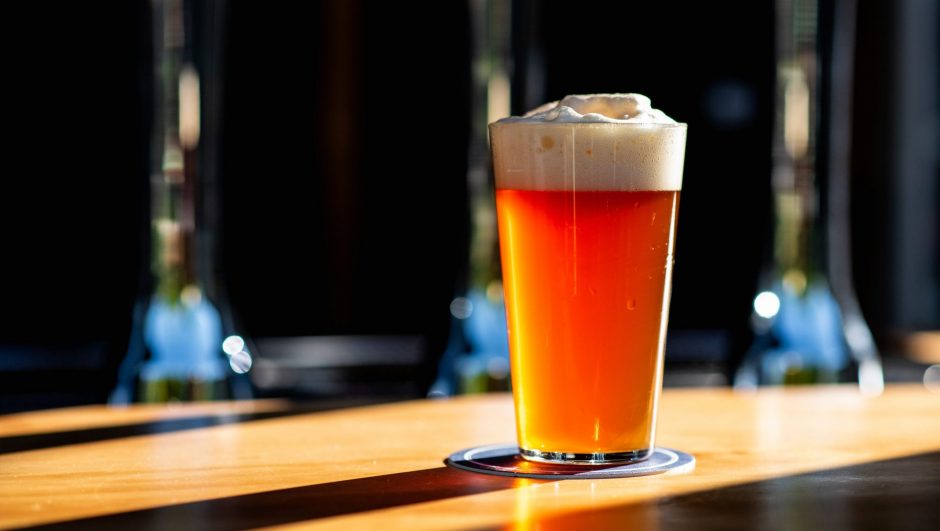 This is the tale of cream ale (also known as present-use ale); the beer with a rather misleading name and deep roots in American beer brewing tradition.

Perhaps you’ve already tasted the tart fruitiness of this relative of pale lager and are wondering where the cream went. Perhaps you’re considering trying out cream ale and want to know what to expect. Questions surrounding cream ale are common.

Luckily, we’ve got answers (as well as our top 10 cream ale recommendations):

What Is Cream Ale? 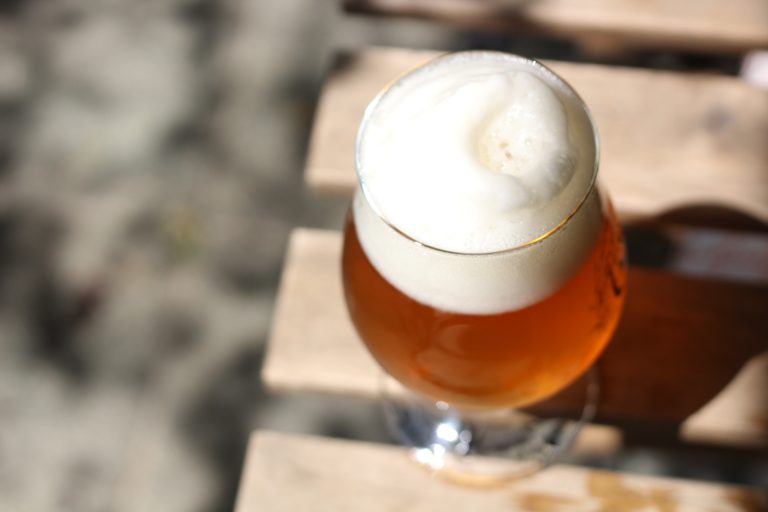 What Is The History Of Cream Ale?

First brewed in the 1800s, cream ale is America’s answer to German lagers – sort of. In the mid-19th Century, when US ale brewers were increasingly hit by competition from lager breweries inspired by those in Germany, they hit back… with cream ale.

Light in colour and in flavour, cream ale was developed as an easy-drinking ale variant. It was perfect for mass production, thanks to reduced fermentation time (more on that shortly), and had broad appeal. It was produced by numerous US breweries until the advent of prohibition in the 1920s. At this point, breweries in Canada took over, somewhat refining cream ale in the process.

With the end of prohibition in the 1930s, US breweries were able to craft cream ale once more, and the process of refinement continued. Canadian and American breweries continue to brew cream ale to this day and it is particularly popular with craft breweries. It is also produced by some breweries in European countries like Denmark and Brussels.

Why Do They Call It Cream Ale? Is There Cream In Cream Ale? Does It Taste Creamy?

Cream ale is many things, except creamy – cream ale is definitely not creamy. It contains no dairy products and does not even have a particularly creamy flavour. That’s not to say that cream ale isn’t flavoursome; simply that the flavour is not creamy. Rather, cream ale is fruity and crisp.

Also see  What is Golden Ale? The 6 Most Underrated Golden Ales You Must Try

So, why the name, then? Simply put, the “cream” in cream ale is little more than a marketing ploy. It is suspected to refer to the silky flavour or richness of this beer, rather than any actual cream or creaminess. This marketing tactic was likely initially intended to lure drinkers away from cream ale’s primary competition – German-style lagers. Which brewery it was that came up with this confusing moniker remains a mystery.

What Kind Of Beer Is Cream Ale?

To fully understand what kind of beer cream ale is, you really need to know your beer basics; in particular, the difference between ale and lager. There are essentially only three broad categories of beer – lagers, ales and lager-ale hybrids. While the primary difference between lager and ale is in the fermentation process and ingredients, this also results in differing flavours. For the most part, ales tend to be fruity, while lagers generally have a crisper flavour.

Cream ale is a hybrid beer – essentially, ale that goes down like lager. It has the crispness of light pale lager, with the aromatic notes of ale. Also, cream ale is distinguished largely by the fact that it is well attenuated. This means that it is drier and has higher alcohol content (between 4.2% and 5.6%) than your average beer. It is pale (straw to light golden) in colour, light-bodied, and mild.

While each brewer stamps their unique interpretation on their cream ale brew, the beer has certain characteristics that are pretty universal:

What Is The Difference Between Cream Ale And Pale Ale?

As mentioned, cream ale is really a hybrid of ale and lager. As such, although it is technically classed as ale, cream ale can be brewed with lager yeast and may feature adjunct ingredients like corn and rice (in addition to malted barley, wheat or oats). The result is generally a beer with the bitterness of ale and the fruitiness of lager, with the hop and malt flavours generally subdued.

Pale ale, meanwhile, is generally crafted using only malted barley (and in some styles, wheat or oats). In keeping with this, pale ale is brewed with predominantly pale malt and ale yeast. Pale ale has several sub-varieties, all of which tend to be tarter and more malty (you can really taste the hops) than lager, which generally has crisp, clean flavours.

Is Kilkenny A Cream Ale?

Ireland’s Kilkenny Irish Cream Ale is not the type of cream ale we are talking about here. Confusing, we know. Although it bears the name of cream ale, this beer is actually a type of Irish red ale. The nitrogenised gas blend used to make this beer lends it a creamy texture. In truth, it has little in common with the American cream ale that is the focus of this article and what beer aficionados usually mean when they use the term “cream ale”.

How Is Cream Ale Made?

As we’ve already explained, cream ales can contain adjuncts like rice and corn (used to lighten the body of the beer), in addition to the usual malted cereal grains. (Interestingly, some craft brewers do produce malt-only cream ales.)

Like other ales, cream ale is top-fermented. This means that, in the brewing process, yeast is applied to the top of the wort (sugary liquid produced by the mashing of hops and other ingredients) at warm temperatures. Unlike other ales, however, cream ale is generally subjected to an additional period of cold-conditioning (as used in the fermentation of lagers) after primary fermentation is complete. In some cream ales, lager yeast is added during the cold-conditioning stage. Other cream ales are simply combinations of lagers and ales.

Also see  What is Gruit? An Ancient And Unique Herbal Take On Beer

Which Are The Best Cream Ales?

These days, the best-known cream ale is Genesee Brewing Company’s Genesee Cream Ale, originating in New York in 1960. However, Carton Brewing, of New Jersey, is fast becoming the most popular cream ale brand in the world.

Of course, cream ale preference is a matter of personal… well, taste, but these are our choice of the 10 best cream ales you must try now:

How Should I Serve Cream Ale? What Kind Of Glass Should I Use?

In much the same way as lager, cream ale is best enjoyed cold on a hot day. Serve it in either a beer seidel or a tulip glass.

A beer seidel is a wide-mouthed glass beer mug with a thick brim and strong handle. Beer seidels are frequently dimpled and can be either short and rounded or large and barrel-shaped. A tulip glass is a stemmed beer glass with a thin brim that narrows inwards from its bulbous base.

What Foods Can You Pair With Cream Ale?

As cream ale is such an easy-drinking beer, it goes well with most foods. Its light body makes it really ideal for summer dishes like burgers, bratwurst, pork bangers, and the like.

Cream ale’s subtle, balanced flavours make it the perfect accompaniment to richer dishes, including those that are heavy on sweetness or spice, like hot salsa or Thai red curry.

There you have it. A complete guide to an ale that’s worth ordering!