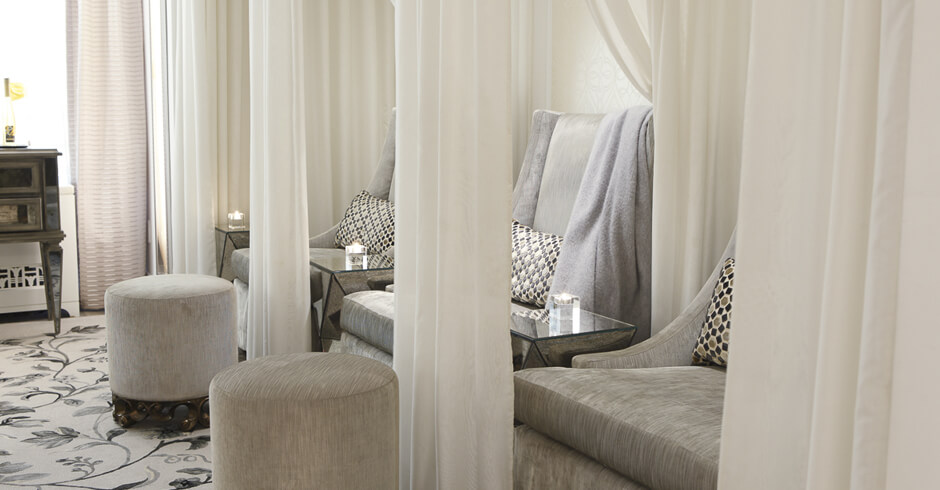 Cornelia’s new headquarters on Madison Avenue are a vivid reminder of the way Cornelia was before the original spa operation was sold in 2009. Long term Cornelia patrons, many of which A list celebrities, were saddened by the loss of a Fifth Avenue icon, but it wasn’t long before owners Ellen and Rick had built a refreshing take on the spa at The Surrey. The result can be described as an understated paradise of luxury born out of the couple’s scrupulous approach to detail. The patrons, celebrities included, didn’t take long to return.

“When we first started, we wanted our guests to feel like they had walked into an elegant luxury boutique hotel – our intention was to elevate the spa paradigm to a point where you could be living in New York, but a trip to Cornelia Day Resort would be like a mini vacation,” says Ellen, referring to the way the original Cornelia was simply too inviting and too thorough in its methods to be simply called a spa.

“Cornelia is in part inspired by the refined, well-run hotels that you find in Europe,” says Ellen’s husband and fellow owner Rick. “In London, for example, I can think of how you feel when you go to The Langham, where you feel really welcome and one of the family, so we wanted to introduce more of that to New York.” In fact, at the Day Resort Cornelia provide a butler service – a concept originating from Victorian England. 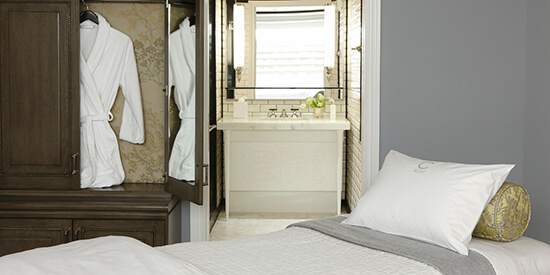 The idea of a Day Resort stemmed from Ellen’s desire to be on vacation, though lacking the time. “If you wanted to just come along for a pedicure, we’d take care of you for the whole day.” Even with a much cosier location, the old site weighing in at a massive 22,000 square feet, guests are similarly encouraged to lounge in the library and linger with their post-treatment tastings while being attended to by Cornelia’s warm and gracious staff.

Also see  How to Buy Your Own Superyacht

“Any new property will provide new opportunities and new ideas,” says Ellen. “At The Surrey we’ve maintained the essence of Cornelia – the understated elegance, timeless authenticity and feeling of discovery, but applied these to a smaller footprint. At the Day Resort, for example, we had a spa in residence programme, featuring spas around the world like Blue Lagoon in Iceland and Chiva Som in Thailand, but now it’s all about our guest expert programme.” It’s a notion that has certainly hit the ground running. At The Surrey, Guest experts visit Cornelia three or four times a year for three days with the purpose of teaching Cornelia’s clients something new, be it chakra meditation, energy healing, or stem cell facials.

“For Valentine’s,” says Ellen, “We had one of our experts available to meet with couples to provide meditation before their massage or body treatment to set their heart’s intentions. It’s all about offering our clients the opportunity for discovery – methodologies from proven masters they might not otherwise have a chance to know about.”

As valuable to Cornelia as these experts are, what further distances the resort from other spas is the post treatment experience. “It’s an excuse for the client to linger a little while longer and take full advantage of their beautiful surroundings,” says Ellen. “We want to give our customers every chance to disengage, make sure they feel at home, and feel at least a little bit transformed before they walk back out onto the city streets.” 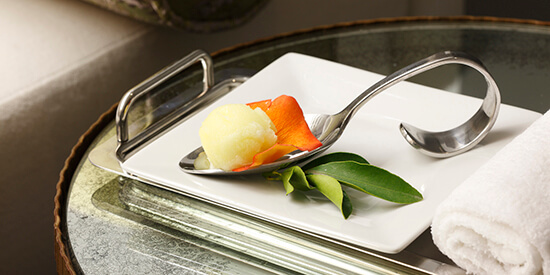 If you’ve ever had a treatment at the new Cornelia, you’ll already be familiar with one such post treatment – the amuse bouche. “We call them botanical tastings and they’re designed to speak back to your treatment. If you come in for a detoxifying treatment which lasts two hours, we’ll serve you an elixir that’s a blend of pomegranate juice, banana, vanilla rice milk, and because you’ve lost a lot of water, we put seaweed into the blend as well. A lot of toxins have been extracted from your body, and as you might feel a little woozy, this is designed to replenish essential vitamins back into the system. Each of our experts has their signature elixir, which adds a subtle elegance and another point of discovery to the experience of their treatment.”

Also see  Why We’re Not Spending Our Money Wisely

By the looks of things, you’d be forgiven for coming here for the food as much as the treatments. Other delicacies include a fresh fruit sorbet served on an amuse bouche spoon which, after getting a little overheated during a scrub or massage, provides the necessary coolant. “We also do a tiny cupcake – about two or three bites – that we call our Nourishing Delicacy. They’re handmade by our chef, who changes the profile of the cupcake depending on the season. Also, homemade cookies are served at the botanical bar with our own line of teas and honey.”

Of course, as it would, the honey has a role of its own too. “Before a guest’s treatment, we’ll offer them a taste of pure honey. Honey is exceptionally good for you, it’s kind to the stomach, it’s one of the most ancient healing remedies and it hydrates the skin cells.” 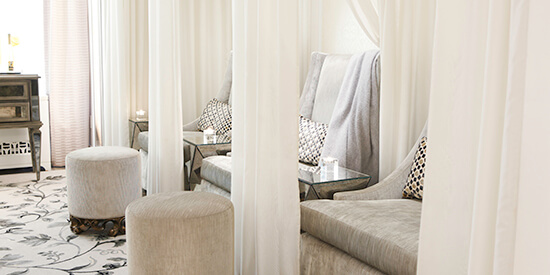 This honey tasting has come into its own as a tradition, while people have trouble getting enough of it – not, in fact, excluding certain luminaries; famous faces to visit the original Cornelia Day Resort have included the likes of Anne Hathaway, Uma Thurman and Eva Longoria. “One of Rick’s favourites was Payton Manning,” says Ellen. “That’s true,” chimes Rick. “Both he and his brother Eli would come back because they can feel nice and relaxed. We made sure their experience and privacy was respected.”

I put it to Ellen and Rick what their guests typically get up to before and after their visits. “A bit of everything,” says Rick. “But,” says Ellen, “I would say from conversations I’ve had with the women, lots of shopping.” I should have guessed – Madison Avenue is full of every luxury fashion brand under the sun. “There are some small boutiques, as well,” says Ellen. “De Vera Objects, for example, is one I’d like to recommend next time I meet a TRULY guest. It’s a beautiful little shop – very subtle, unusual items, and elegant.”

Cornelia’s reemergence as a luxury boutique spa at its new home is a contemporary evolution of the former Fifth Avenue establishment, not to mention better suited to the private, almost clandestine atmosphere of The Surrey hotel. It seemed quite fitting that Cornelia’s ‘best of the best’ tradition should be continued at an address as revered as The Surrey’s.

Indeed, the reaction to the return was overwhelmingly positive. Vanity Fair called it “incredibly plush, quiet and serene”, while Robb Report said it had found “the perfect home”. Included in most top ten spa lists for New York, the acclaim was capped off by its being named number one in the city by NYracked.

“We are especially delighted to be partnered with The Surrey Hotel, as our brands share the identical sensibilities: refined hospitality, understated elegance and memorable experiences to take home,” Ellen tells me. “We look forward to the continued growth of the Cornelia brand, with the singular most important asset continuing to be delivering the sense of warmth which transforms our guests from clients to friends and ambassadors.”

As many of its clientele will tell you, and like most vacations, going home happens much earlier than you’d want it to.

Take Me to Cornelia Spa >>