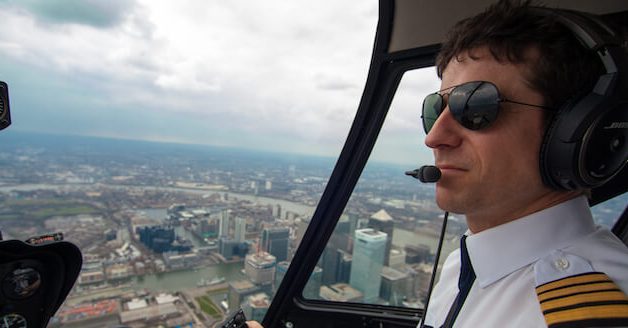 What kind of motorcycle does Santa ride? A Holly Davidson.

What do Santa’s elves go to school to learn? The Elfabet.

What do you call a bankrupt Santa? Saint Nickel-less.

Everybody loves (and hates) a good dad joke. But there’s one thing about dads that’s seriously not a joke – what to get him for Christmas.

What do you get the guy who’s given you so much? How are you meant to get your old man a gift if every year he says, “I don’t want anything”?  The good news is that we’ve cracked the impossible code. Good presents for dads should hit three points: they’re functional, they’re unique, and they tap into his passions.

Whether he’s a whisky drinker, a footie fan, a gadget guru or all of the above, here are unique Christmas presents for him that he’ll actually enjoy.

Please take note that this list does not include a cliche pair of socks or an awful tie.

For Dad Who Loves Football 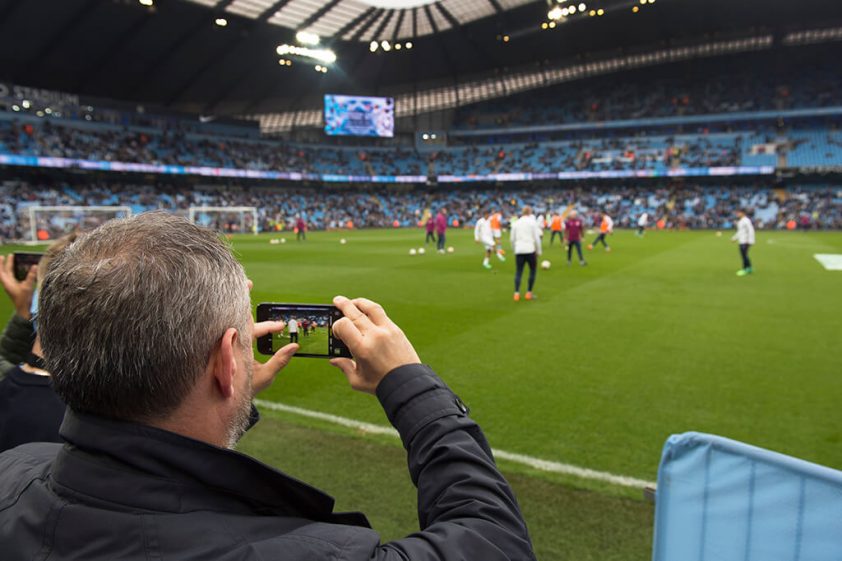 Whether he’s a die-hard Gooner, an avid Red Devil or part of the Blues, football fans are always up for a footie-themed Christmas present. No doubt he’s got every version of his favourite team’s jersey already hanging proudly in his cupboard, so that’s out of the question.

If you’re really looking to treat Pops this year, a VIP football experience is just the ticket. Sitting in his own private box, he’ll experience the magic of the game like never before. Padded seats, panoramic views and premium backstage passes add up to the ultimate football day.

If that’s a bit out of your price range, don’t worry. There are plenty of other football Christmas presents for Dad that he’ll love.

If he’s a player himself, Christmas is always a good excuse to buy him new some new football wear – especially if those boots are looking a bit tacky. Treat him to the ultimate pair of Adidas football shoes so he can take to the pitch in style. Whatever your budget, there’s a new pair of kicks for him he’ll love unwrapping.

For Dad Who Loves Food 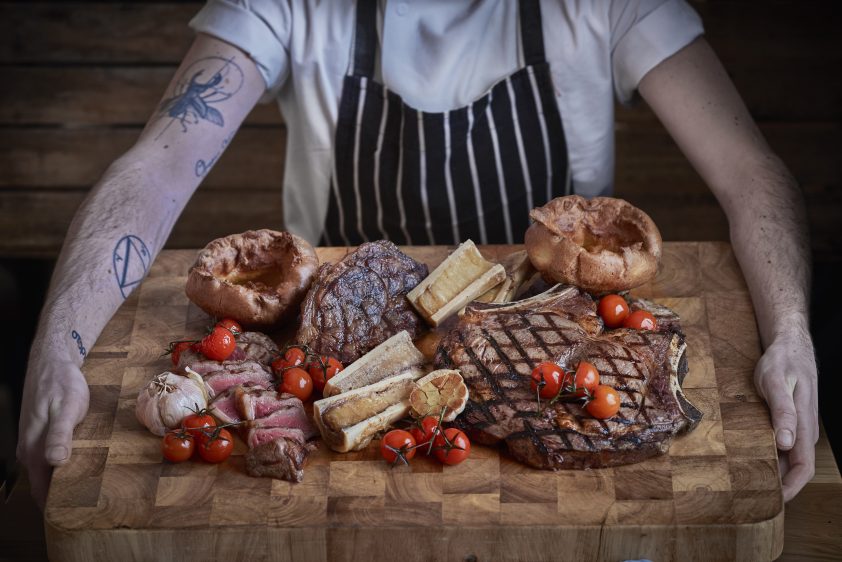 What grown man doesn’t love food? No doubt he loves the old lady’s cooking but sometimes a man needs grub that’s a bit more imaginative. Especially after days and days of Christmas leftovers.

Instead of taking him to his usual take-out spot, treat the favourite man in your life to a restaurant gift voucher at an extraordinary location. London is home to some of the best restaurants in the UK, so the possibilities are practically endless.

Is he a manly meat-lover? Indulge his carnivorous side with one of the best steaks in London at Gillray’s Steakhouse & Bar. The plush leather couches, Thames River view and tender Aberdeen Angus steak make this an unforgettable Christmas gift he can’t wait to use.

So he wants to cook his food and eat it too? If he fancies himself the next Gordan Ramsay he’ll love a hands-on cooking class. Mimo London in the heart of Borough Market is a Basque-based cookery school where he’ll learn traditional and modern cooking techniques to craft scrumptious meals. The next Christmas dinner is on you Dad!

Sausage rolls, fish and chips, sticky toffee pudding. If this sounds like Dad’s ideas of heaven, this Christmas present is one he’ll love receiving year after year. On this unique secret walking food tour through London, your old man will enjoy the very best of British grub around the area of London Bridge. As well as quintessential London street food, he’ll pass iconic locations such as the Shard and Southwark Cathedral.

For Dad Who Loves Beer 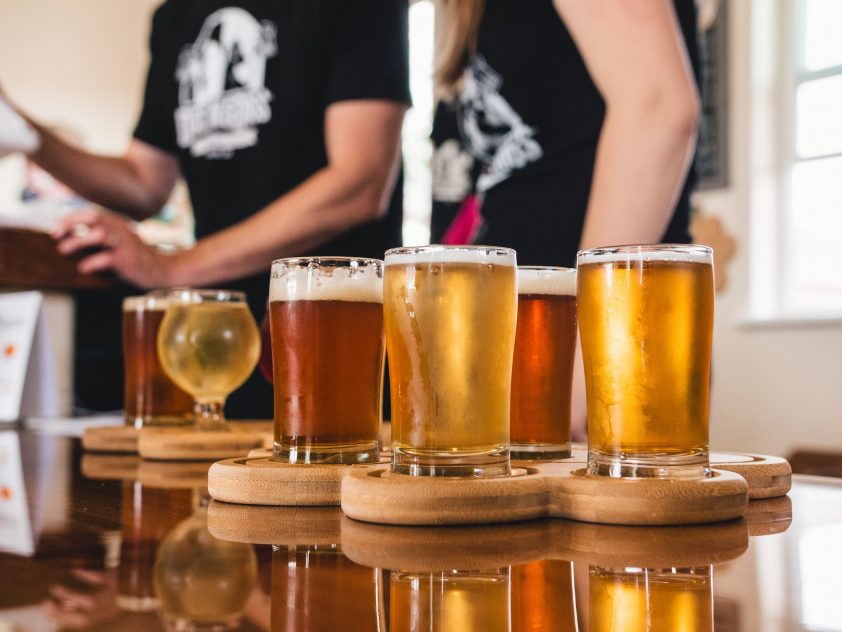 What do you get the Dad that spends more than his fair share down at the pub? Simple. You get him the ultimate trip to the pub.

London is filled with unforgettable beer tasting experiences that take the appreciation of pints to a whole new level. For a New Year’s shindig he won’t soon forget (or remember) gift him with the ultimate pub crawl down the Bermondsey Beer Mile. This infamous stretch of bars, microbreweries and taprooms will leave even the most passionate beer drinkers deliriously happy.

If he’s head over hops and wants the whole brewing experience, give him a taste of life as a brewer in a beer-making workshop at the London Beer Lab. He can finally live out his dream of creating his very own brand of beer, whilst enjoying international brews throughout the afternoon. After weeks of anticipation, Pops will return to the Beer Lab to collect his very own bottle of brew that he will be able to proudly show off to anyone in the family who will listen.

For Dad Who Loves Whisky 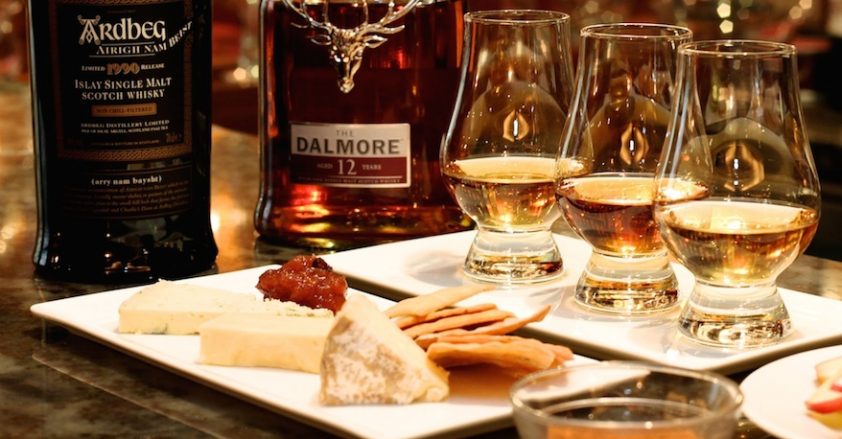 There’s no shortage of whisky tastings in London to choose from – the difficulty lies in choosing which best suits the whisky lover in question. If he’s a man of tradition, treat him to a tasting of Scotch at the Soho Whisky Club. This member’s only bar stocks 600 types of whisky, offering an exclusive tasting of premium 18-year-old whiskies from only the best whisky regions of Scotland.

For something that extra bit special, take Dad on a journey to the East with a Japanese whisky tasting flight. High-end Japanese restaurant Kouzu stocks award-winning single malts like ‘Suntory Yamazaki 12y’ – malts he’s probably never heard of but which he’ll love to boast that he’s tried. To make this Christmas present for Dad even more exotic, the whisky tasting is accompanied by premium sushi and sashimi.

If he’s truly passionate about the artful science of whisky tasting, the Whisky Lounge offers a Whisky School for fanatics wanting to up their game. Students will taste as many 25 different malts, learning about their origins and how to decipher them. The day culminates with a final exam, after which he’ll receive a Whisky School Certificate and a Glencairn tasting glass.

It’s not as serious as it sounds, but it is a seriously perfect Christmas present if he fancies himself as the ultimate whisky fan.

For Dad Who Loves History 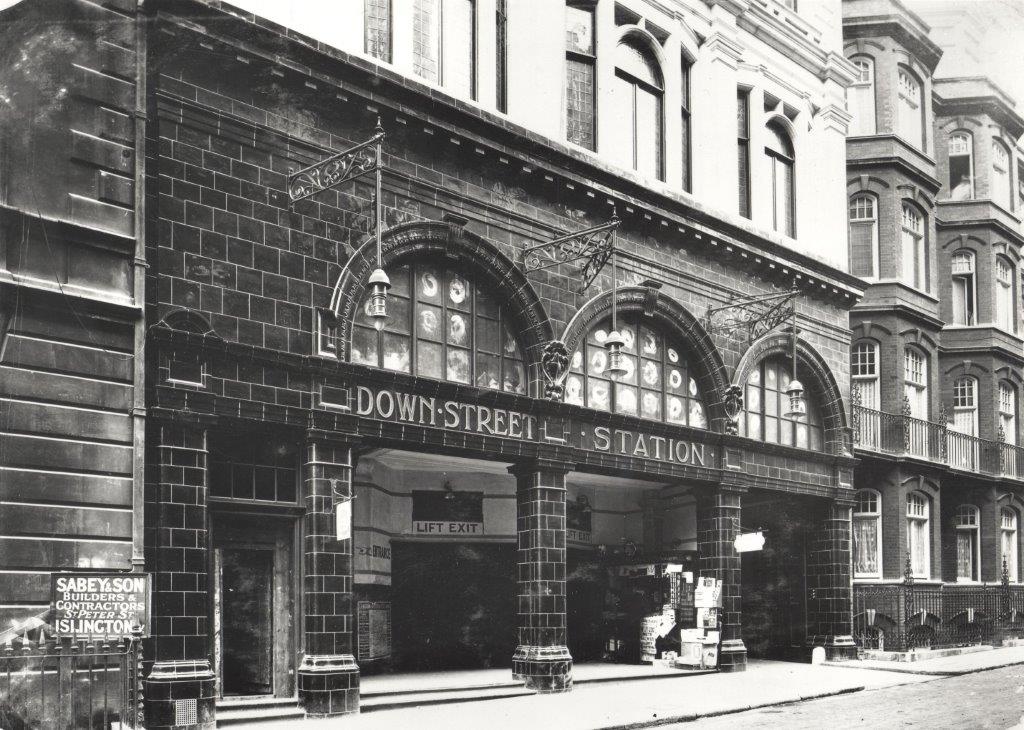 There’s something about wars, guns, bombs and top-secret stuff that some men flock to. Don’t ask me what it is, but it’s a thing. And I’m not complaining, because it opens up the door for so many unique Christmas presents for dads.

London abounds with fascinating historical tours and unique days out. Give him an inside look into the lives of one of England’s most famous men, Sir Winston Churchill, at the famous Churchill War Rooms. Deep beneath the streets of Westminster, he’ll learn how one powerful man planned the route to Allied victory during the Second World War. To top it off, this experience includes a three-course meal at Alyn Williams at The Westbury, worthy of even Churchill’s high standards.

For something even more off the beaten track, there’s a trip to the London Transport Museum to discover Hidden London. The museum is offering exclusive tours of a part of London most people never get to see – abandoned stations of the Underground. He’ll be surprised to uncover deep dark secrets lying beneath the city, secrets not even know-it-all-Dads are aware of.

For Dad Who Loves Gadgets

Don’t ask me what it is, but there’s something about men and their fascination with things that take flight. Aeroplanes, helicopters, drones. The list goes on.

Also see  8 (Somewhat) Ridiculous Gifts for Men Who Have Everything

The popularity of drones has skyrocketed recently and with it the variety of drones and additional gadgets to go with them. If he loves to thing go whizzy through the air, invest in a top-quality drone. He can have hours of fun controlling his mini-aircraft, a great way for him to totally switch off from the real world.

If he’s always wanted to know what it feels like to get behind the wheel of helicopter, now’s his chance. Taking control of an aircraft and soaring through the clouds is something most people never experience. But, believe it or not, you can actually give him the gift of flight this Christmas, without buying him his own private jet.

Book him a helicopter lesson in a Robertson R44 with Elstree Helicopters, one of most prestigious flying schools in the country. He’ll live out his dream as a pilot, without having to attend years of flight school. Who will ever top a present like this?

Buying a gift for the most important man in your life this festive season doesn’t have to be such a chore, as long as you put a little thought into your gift. Chances are he’ll be happy with any old thing you buy him, but he’s your dad after all. And that means he deserves more than a crappy t-shirt and a “World’s Best Father” mug.

For even more ideas for Christmas presents for Dad, have a look our many gift experiences for him.

Once Dad’s out the way, it’s time to think about that other important person who gave birth to you. Check out our list of Christmas presents for Mum to show that you really care.