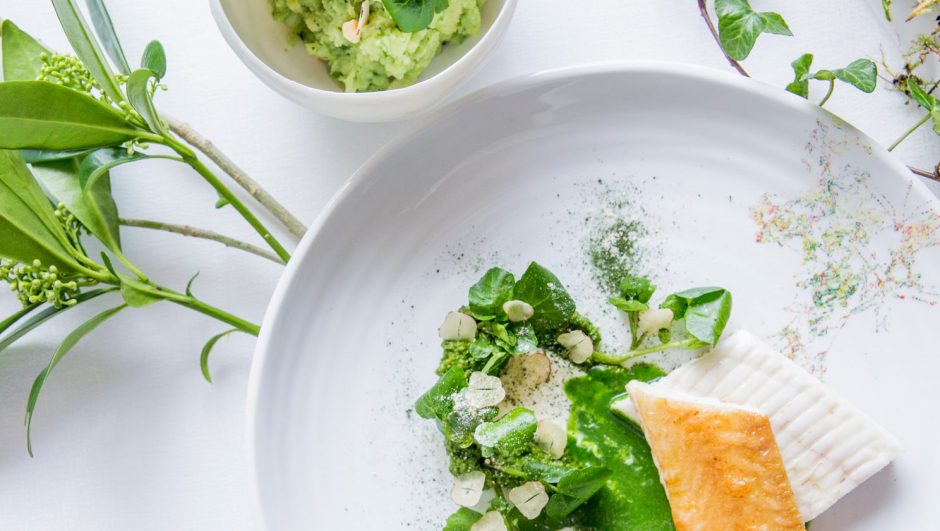 In the latest 2022 edition of the Michelin Guide which features the top restaurants that are awarded Michelin stars, there are 75 Michelin starred London restaurants! This makes it the city with the most Michelin stars in the UK, giving you an amazing array of Michelin star dining options in the capital for the perfect gastronomic experience

The Michelin star is a much-coveted award for any chef. It’s awarded to restaurants by anonymous critics that travel the world looking for the crème de la crème of the industry.

For the ultimate dining experience, we recommend dining at one of these high-ranking restaurants. As you take your first bite, you’ll understand why the critics awarded them the famous accolade.

Have we whet your appetite? Take a look at your options for a fantastic meal at a Michelin starred restaurant. 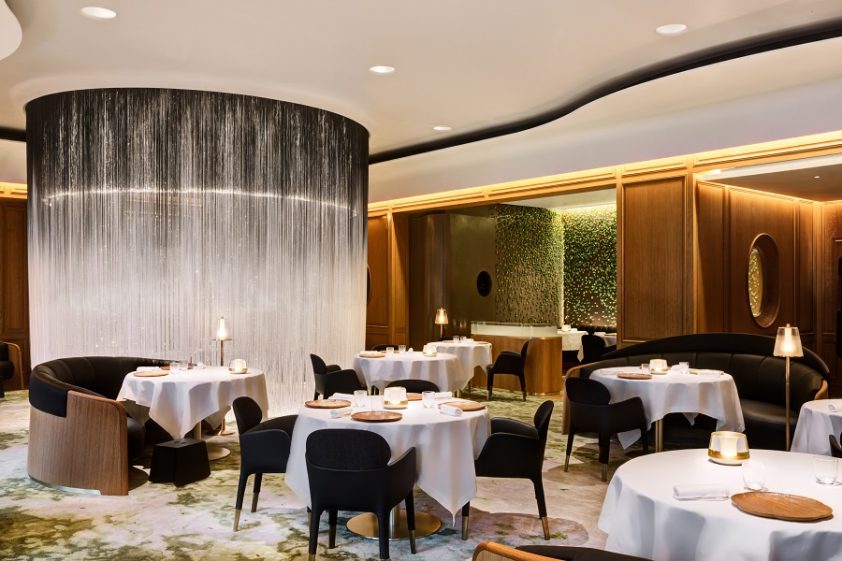 Being awarded three Michelin Stars is the highest-ranking available and it indicates that the restaurant is amongst the best in the world. Only a select few eateries have been able to receive this recognition. In 2021, there are a five London restaurants with 3 Michelin Stars, two of which are newly promoted!

Alain Ducasse at the Dorchester

Arguably one of the best chefs in the world, Alain Ducasse is currently the chef with the most Michelin stars alive today. His restaurant Alain Ducasse in Hyde Park with three Michelin stars to its name proves that hotel dining is still a firm favourite amongst Michelin star critics. Dining here ranges between £240 for the black truffle menu to £140 for the tasting menu. Of course, there is a lunchtime menu that you can sample for £65.

Dine at Alain Ducasse at the Dorchester

Gordon Ramsay is no stranger to any foodie out there. Despite his popularity, he continues to set high standards for his restaurants. His flagship restaurant in Chelsea, Restaurant Gordon Ramsay, earned the coveted three stars in 2019, twenty years after it first opened. Dining here costs £65 for a three-course lunch and can range to £185 for the seasonal inspiration menu.

The Lecture Room & Library, also known as Sketch, was a new addition to to the list in 2020 and continues to keep its stars. It’s also one of the 16 Mayfair restaurants with Michelin stars in 2020. The Library offers a sophisticated French menu, with a seven-course meal priced at £120.

Clare Smyth won several awards while she was Chef Patron at Restaurant Gordon Ramsay, including the Chef of the Year award in 201. It is no surprise then when the Northern Irish chef new restaurant became a rising star in the industry.

Hélène Darroze at The Connaught

Another new edition to this prestigious list is Hélène Darroze at The Connaught. The kitchen is led by Head Chef Marco Zampese, where together with his team, prepares various course meals for both lunch and dinner. The flavours you can expect are refined French and a combination of flavours that just complement each other perfectly. Popular dishes at the newly crowned restaurant with Three Michelin Restaurants include Wild sea bass, Westcombe ricotta and Signature Baba. 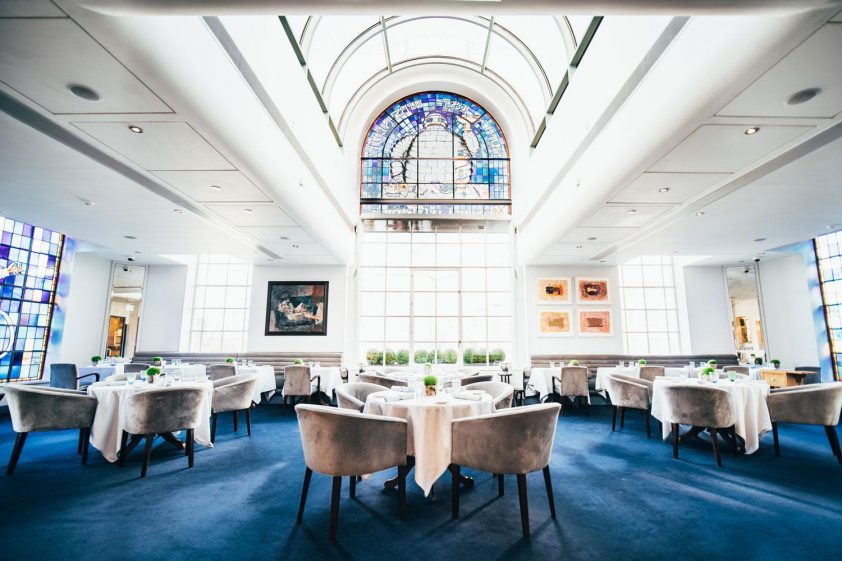 Serving French cuisine, Chef Claude Bosi received two Michelin stars for his innovative foams-jellies-and-smears. The restaurant is located at the former Michelin headquarters which was built in 1911. The interior is mind-blowing with stunning stained glass windows, the perfect setting to enjoy a seven-course tasting a three-course lunch.

Chef Bosi’s food is said to feature bold flavours yet well-balanced with other fine ingredients. His signature dishes include Brittany rabbit and turbot à la Grenobloise. As to what they are, you have to check it out yourself to find out!

La Dame de Pic in Tower Hill added a second Michelin star to its collection in 2019 as a result of Anne-Sophie Pic’s inventive menu. The restaurant is in the Four Season’s Hotel and overlooks the Tower Bridge and the Tower of London.

The two Michelin star restaurant features modern French cuisine where great attention of detail is given. The ingredients are of high quality and combined in a sophisticated manner to give you an experience of a lifetime. You can experience a two-course meal here for £32 Monday to Friday. While here, remember to indulge in some wine from the Rhône Valley.

Also see  Which Cities in the UK Have the Most Michelin Stars? (Not Just London!)

Heston Blumenthal’s wickedly inventive cooking won over the critics yet again, earning him a second Michelin star rating in 2019. Dining at Dinner by Heston Blumenthal will cost well over £100 excluding drinks, but you can opt for a three-course lunch for £45 during the week.

La Govroche is an iconic restaurant that opened in doors back in 1967. With much history to its name, the restaurant features refined French foods that is sure to satisfy your palette, including turbot and lobster. Be sure to try their Soufflé Suissesse, a dessert unlike any other, and one that La Govroche does best. You can enjoy a nine-course tasting menu with wine for £265. If this is a little steep, you can try the lunchtime menu for £69 with drinks.

Conveniently located behind the Bubbledogs, the Kitchen Table prepares a new menu every single day. The tasting menu will cost you £125 and dishes change according to the seasons. With seats for only 19, you are in for a fine dining experience for sure. The team at the restaurant attends to your every need and even meticulously explains the dishes to you. Their dishes do not only win in presentation but definitely in taste too. Their specialities include crispy chicken skin, grilled Cornish lobster and poached rhubarb.

Expect colourful and beautiful dishes here at newly promoted Da Terra which is led by Chef Rafael Cagali who came from Brazil and spent much time working in Spain. Together, the chef produces creative dishes that are unlike any other. This is best savoured on their Long Tasting menu which features ten courses. Though they are ten different dishes, they seem to come together as one too.

As the name of the restaurant suggests, the food here tells a beautiful story, or many stories. And these stories have earned the restaurant two Michelin stars this year. Chef Tom Sellers uses luxurious ingredients and refined techniques to create modern dishes that are both imaginative and delightful. Prepared with much care and precision, come taste the story yourself.

Newly promoted A. Wong by Andrew Wong is a restaurant that features Chinese cuisine at its best. Tasting his food takes you on his personal journey through China, and with much sophistication and finesse. In order to fully experience A. Wong at its best, consider its Taste of China menu, a 3-hour dining experience packed with flavour and depth.

Chef Issac McHalle uses the finest of ingredients to construct some absolutely stunning dishes. In addition, the restaurant also offers a vegetarian menu as well as a particularly interesting selection of wines!

With its ingredients organically or biodynamically produced, Ikoyi has sure made its commitment to sustainable gastronomy. The menu is always a surprise but the quality of the food never is – come to Ikoyi for an experience unlike any other. 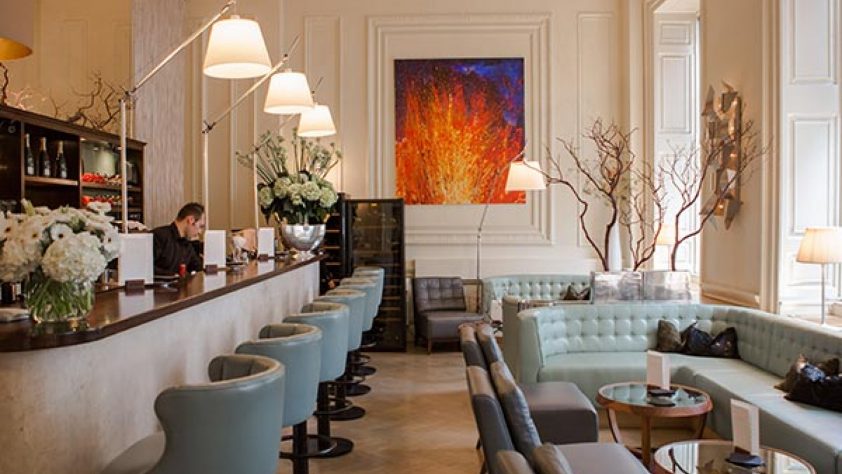 49 Michelin star restaurants with one star managed to keep their star from before while 7 incredible restaurants have been added to the list.

In 2022, we saw some restaurants being promoted. However, you will also be disappointed to find out that several Michelin-starred restaurants have since closed down in 2021 which was an extremely challenging year for the industry. The restaurants include Greenhouse, The Ledbury,  Roganic, Texture, Alyn Williams at the Westbury, and The Square.

Nevertheless, London is still packed with world-famous eateries and the list of Michelin starred restaurants is indicative of this. Whatever your palette, there’s sure to be an establishment with cuisine to match your food preferences.

Work your way through this list and dare to discover a world of delicious food – right on your doorstep!