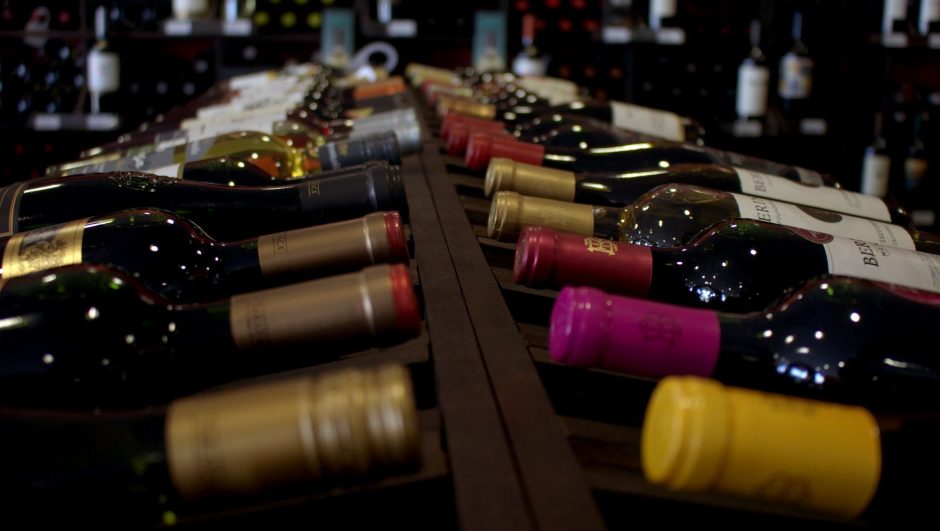 The capital of South Carolina, Columbus is home to the Riverbanks Zoo & Garden, a massive park with botanical gardens and animal enclosures. A diverse collection is on display at the Columbus Museum of Art which was founded in 1950 and includes paintings by Old Masters, as well as modern works of art.

South Carolina is a southeastern U.S. state known for its subtropical beaches and sea islands. It has a humid subtropical climate with cool to mild winters and hot and humid summers. There are many craft breweries in Columbus with endless options for beer lovers but the wine industry is growing, many of which use locally-grown grapes. Let’s find out more!

Via Vecchia wines are made based on the traditional Tuscan heritage process and their wines include:

This wine has notes of raisins, fruit cake, herbs and magnolia with a peppery, short cinnamon finish.

A medium-bodied garnet red wine with an aroma of lychee and blackberry accompanied by subtle oak, cloves and berry.

From crushing to bottling and fermentation to ageing, all production takes place in Via Vecchia’s urban winery which also functions as a popular wedding venue. Spanning an impressive 7,700 square feet and built from wooden beams and exposed brick, this winery is dedicated to serving the most natural libations including organic, vegan and gluten-free wines made from grapes imported from Lodi, California. You can visit by appointment or you can enjoy a tour of the winery with Columbus Brew Adventures.

When Renard Green became the owner of Camelot Cellars in 2020, he rebranded it, focusing on exceptional food, wine and service. The delicious wines, made on the premises, are suitable for all: from the novice wine drinker to those with a practised palate. Staff at Camelot Cellars pride themselves on their attention to detail, ensuring that every wine is of a high quality. The cuisine on offer is creole with a southern influence and you can enjoy sophisticated and innovative wine pairings with the dishes.

Camelot’s wines are nationally and internationally recognized and have won numerous gold medals in wine competitions such as:

Opening hours at this Columbus winery are Wednesday to Saturday 5pm-10pm.

Wyandotte is one of the first and oldest wineries in Columbus, Ohio, having opened in 1977. Described as ‘a little slice of wine country in central Ohio’s backyard’ the owners, Valerie & Ryan Coolidge, aim to educate visitors on the winemaking process through cellar tours and tastings.
Also on offer at this welcoming Columbus winery situated in a suburban setting are live music, food pairings and happy hour throughout the week. Their handcrafted wines are made from Ohio-grown grapes and include sweet or dry reds and whites as well as fruit and dessert varieties. Small plates are available including hummus, Ohio cheese and cracker plates and brick oven pizzas. Wyandotte Winery’s motto is You enter a customer, but you leave a friend! Opening hours are Thursday 3pm – 7pm, Friday 3pm – 9pm and Saturday 1pm – 7pm.

Cooper’s Hawk Winery pairs gourmet food and hand-crafted wines offering visitors a winery, restaurant and tasting room under one roof. The menu is extensive and there are more than 45 wines from which to choose including sparkling, mulled, fruit, sangria and red and white. Wines made at this Columbus winery are carefully selected and sourced from Chile, France, Washington and California. Cooper’s Hawk has won multiple awards for their beverages, in particular, Pinot Noir varieties, Malbec and Barbera.

The philosophy at Cooper’s Hawk is that food and wine forge long-lasting connections and symbolise a life lived joyfully. Their goal is to provide a memorable experience based on good food, amazing wine and friendship. Opening hours are from 11am-9pm, Monday to Sunday.

Since 1974, this family-run business has been teaching locals about home brewing and winemaking. Besides selling equipment, ingredients and supplies, the Winemaker’s Shop has expanded into a winery featuring more than 30 whites, reds and rosés. They also offer their customers the option to brew their own wine on the premises. Besides offering hands-on classes, this innovative winery also holds events such as blind wine tastings, food pairings and group painting.

This winery with its unusual exposed brick and tin ceiling décor style has a tasting bar and bistro where visitors can enjoy chocolate or cheese plates while sipping on wine. The wines have been honed to a standard of excellence through years of running winemaking workshops.

The owners claim that anyone with patience and a willingness to learn can make wine. In addition to grapes, the recipes include fruits like peaches, bananas and pears. The Winemaker’s Shop sells grape and fruit juice concentrates which can be used as the base of winemaking. They also teach bottling and corking and provide label-making paper, shrink-wrap tops and sealer’s wax to decorate bottles. Opening hours are Tuesday to Friday from 11am-6pm and Saturday 10am-5pm.

Vinoklet Winery was established in 1986 by Kreso Mikulic who did not realise that it would become such a successful business. Using skills he learned from his father in Croatia, he simply wanted to make wine for friends. However, his passion grew and so did the vines. The vineyard now boasts over 12,000 vines spanning 30 acres of undulating hills. There is a magnificent outdoor pavilion where you can enjoy a variety of musical performances throughout the summer months. Opening hours are Tuesday and Thursday 12pm-5pm, Friday and Saturday 12pm-10pm and Sunday 1pm-5pm.

Ultimate Guide to the Best Wineries New Jersey Has To Offer

Wineries and More in Columbus

Columbus is well known for having a young, trendy, energetic vibe emanating from a creative art scene and a booming tech industry. It is home to towering skyscrapers, historic sites, modern galleries and interesting boutiques. The Ohio Statehouse is a showcase of elegant architecture and houses a fine array of portraits and historical artefacts.

The Columbus Zoo & Aquarium has a massive tank full of coral reefs and the largest selection of reptiles in the United States. There are hands-on activities for the children to enjoy such as feeding the giraffes and letting birds perch on your hand or shoulder. Children also get to touch sea creatures in pools. The Columbus Museum of Art has an amazing collection of art from all over the world including Impressionist works, Cubist art and beautiful sculptures.

You will never be at a loss for activities to enjoy in Columbus – there’s the Scioto Mile, a collection of parks that the whole family can enjoy and the Centre of Science and Industry, a science museum. For the shopaholics, there are loads of wonderful shops to browse and buy. Columbus has something for everyone and is well worth a visit.