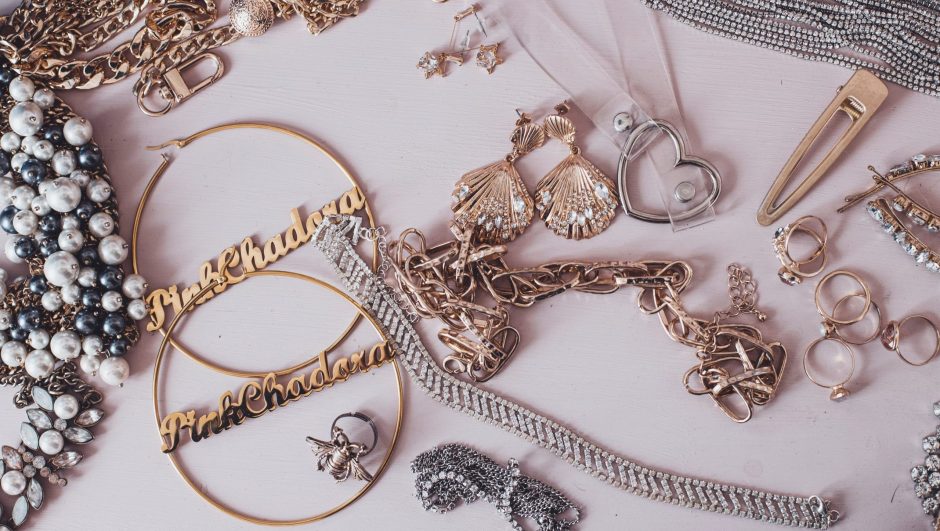 They say all that glitters is not gold, but it turns out that gold comes in a variety of colors too! We’ve got everything you need to know about colored gold right here.

What Are The Origins And Histories Of Colored Gold?

There are many different colors of gold, all with their own unique history. Some colored gold is found in nature, while others can only be created artificially. All colored gold obtains its hue due to the presence of another metal.

When two or more metals are combined, either by heat and pressure below the earth’s surface or in a crucible, the product is referred to as an alloy. Alloys have been incredibly important throughout mankind’s history. Firstly, alloys are often stronger than pure metals – especially in the case of gold which is a soft metal. Secondly, a precious metal like gold is costly due to its rarity.

Green gold, one of the naturally occurring colors of gold, was discovered to be useful for both of these reasons by the Lydian people – ancient inhabitants of the Anatolian peninsula. The Lydians were possibly the first people to use coinage as currency – and may also have been the first people to manipulate their currency’s value to benefit their exchanges with other nations. They did this by using green gold instead of pure gold, which allowed them to sneakily buy goods from other nations at a lower cost.

While green gold, white gold, yellow gold and rose gold have been around for centuries, other more exotic colors of gold are more recent developments thanks to techniques such as controlled oxidation and other methods used to manipulate the metal’s surface.

When discussing gold, we measure its purity in parts out of 24. Therefore 18K (75%) gold would be more pure, and therefore more valuable, than 10K gold. Colored gold, being an alloy, generally peaks at around 18K or 75% purity.

If you’re keeping gold ingots in a chest hidden in the Caribbean, you’ll probably want the real deal… but then you’re also probably an 18th Century pirate.

If you’re wanting to buy a piece of jewellery that can support a gemstone and won’t scratch and bend, you’ll want to go for around 18K – which is where most colored gold sits.

What Are The Different Colors Of Gold?

As discussed above, there are many colors of gold. These colors are not only aesthetically appealing, but also tell you something about the metal’s durability and possible content. But even with an 18K piece of jewellery, it’s important to know which metals have been used in the production process. You don’t want to end up with a piece that’s hard to resize if it’s an engagement ring, for example.

Ultimate Guide To White Gold: Interesting Facts about this Metal 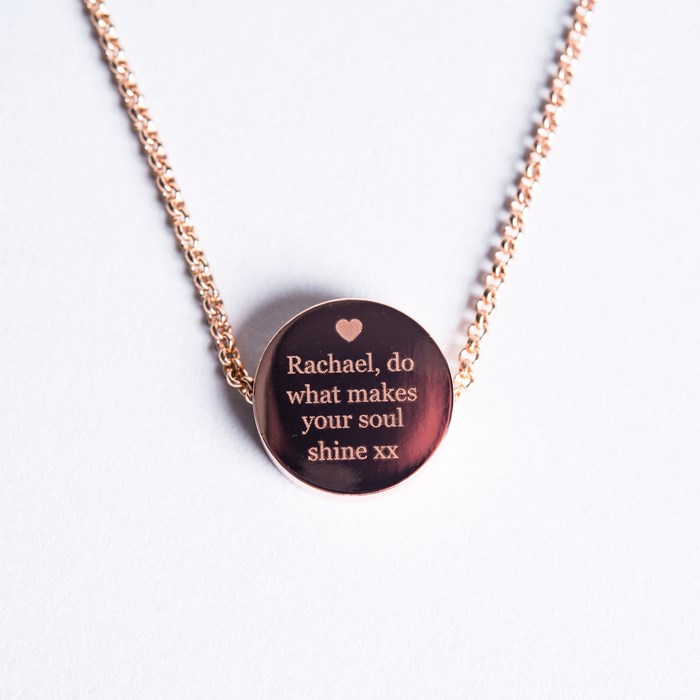 Rose gold was much beloved by the Russian elite in the early 1800s. Following the October Revolution in 1917, the nobility fled west and used these pieces to acquire property and other assets in their new home countries, earning rose gold the nickname “Russian Gold”. There were many pieces in circulation in the 1920s, but slowly the metal fell out of fashion and began to be more associated with antiques. The 1990s and the fall of the iron curtain saw a rise in international trade with the former USSR and therefore a surge in popularity in the West.

Rose gold is a gold-copper alloy, closely related to red and pink gold, the distinction being the ratio of gold to copper and whether or not silver has been added. There are four tiers of rose gold:

The 18K varieties come in at very similar price points and generally have the same value as yellow gold. The 12K variety, though rarer, is generally cheaper due to its lower purity.

When examining the 18k options, it’s important to note that pink gold is usually softer than rose gold – meaning it will require more maintenance. Rose gold is also not hypo-allergenic due to the presence of copper, so make sure whoever you’re buying it for is comfortable with copper jewellery – rose gold might be romantic, but a skin rash certainly isn’t. 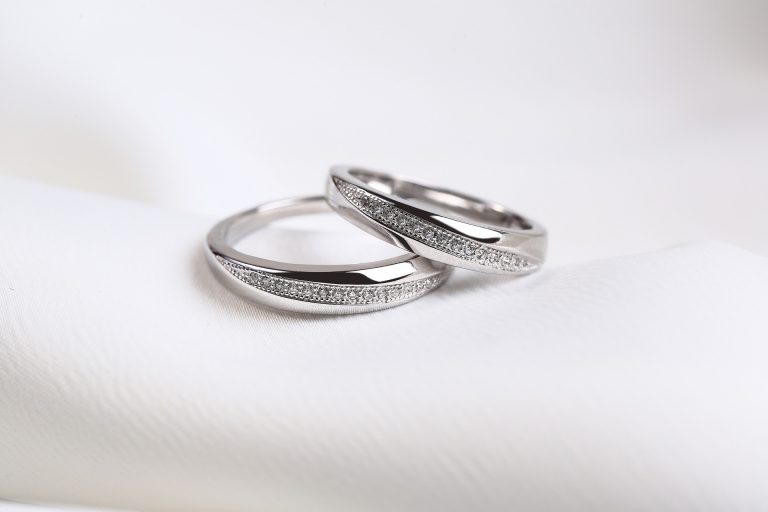 White gold is an alloy of gold and a “white” metal such as silver, platinum, palladium or nickel. White gold is a broad term that encompases many colors of gold. Both pink gold and green gold have been called “white gold” at certain points in human history. When combined with silver, white gold is hard-wearing, while palladium, a soft metal, creates a more malleable alloy. These different alloys can aid in different stages of the jewellery-making process, from gem-setting to reinforcement.

White Gold vs Yellow Gold - Get To Know These Precious Metals

It’s important to note that certain white gold can contain both nickel and mercury, a skin irritant and a toxic substance respectively. This is why it’s important to buy jewellery from respected dealers. 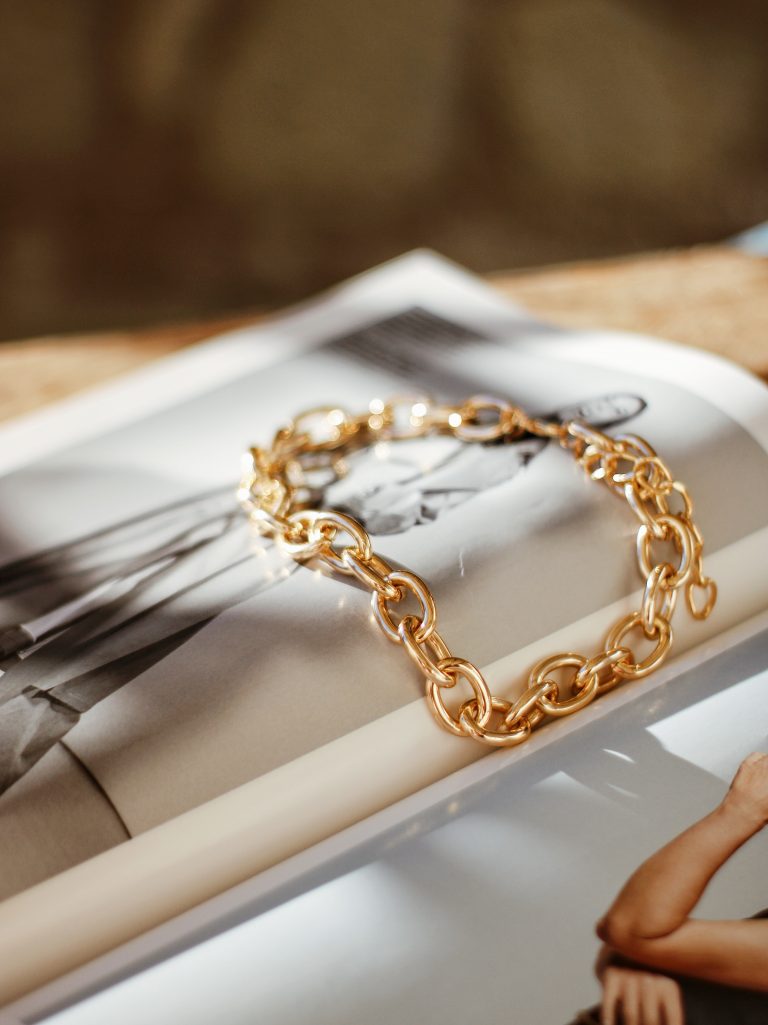 Yellow gold is what we think of when we imagine pure gold. As discussed above, yellow gold can come in a variety of karats and therefore a variety of price points. 18K is the standard for premium jewellery and is generally composed of gold, copper and silver.

Blue gold is a fairly recent phenomenon that has yet to catch on. ‘Real’ blue gold is an alloy of gold and either gallium or indium – which results in a greyish color. This metal usually sits at a purity level of around 11K and is fairly durable and inexpensive.

The bright-blue gold sometimes touted as the aforementioned substance are generally sterling silver pieces plated with gold and treated with a blue dying agent.

All in all, blue gold isn’t that common, but where found is often inexpensive if not a little gaudy.

Green gold has a history stretching back to the 6th century BC. As discussed in the introduction, green gold was used as a currency by the Lydian people in what is now modern day Turkey. In Ancient Egypt, green gold was referred to as “white gold” and was used on the tops of sacred structures like pyramids and obelisks. In more modern history, the alloy has been used for the Nobel Prize since 1980.

Green gold comes in 18K (75% gold) and 14K (58.5% gold) versions, the shade varying due to the levels of gold, silver, copper, zinc and cadmium and nickel used in its production. The 18K versions are generally more valuable than the 14K versions.

Generally, because older 18K green gold can contain both nickel and cadmium, which are toxic metals. Other than that, green gold is an ancient and somewhat mysterious metal that’s sure to turn heads.

Purple gold is a gold-aluminium alloy that’s very rarely used for jewelry. This is due to the fact that the addition of aluminium causes the gold to become brittle, and impact can cause the metal to shatter.

Guide To Green Gold A.K.A Electrum

For this reason, despite its high karat count (normally sitting at 88% gold), it’s normally used in place of a gem within a piece. As it’s hard to work with and has very nice uses, it’s quite hard to find.

Grey gold is a type of white gold: a gold-palladium alloy. It’s very soft and so is used to set gems in jewellery rather than as a substance from which to make pieces.

Black gold can be made via three different methods: Oxidation, chemical vapour deposition and patination. These are all complex processes, and are all methods of plating. Therefore, black gold doesn’t really exist in the same way that rose gold and white gold are actual substances.

While the novelty might be interesting, the plating is sure to wear off over time, meaning you’ll end up with a white gold ring after about a year.

What To Look For In Colored Gold 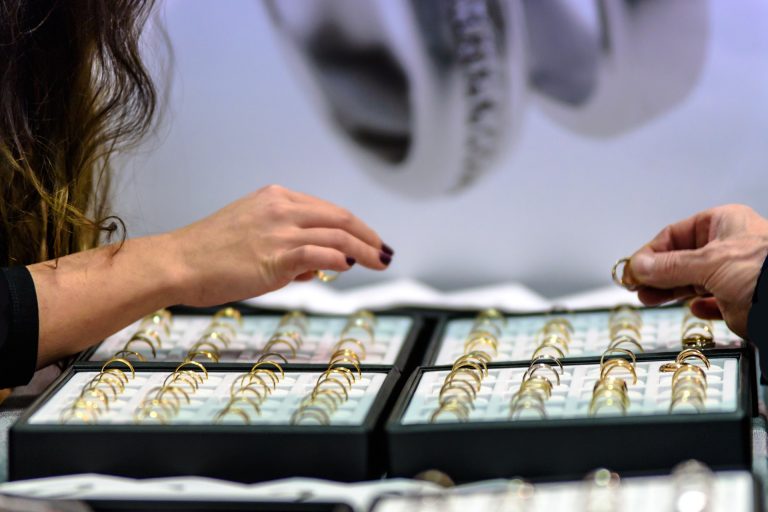 Which Color Of Gold Is The Most Expensive?

It’s not about the color, it’s about the purity. The more pure the alloy, the higher the value.

What Is The Rarest Type Of Gold?

With the advent of modern smelting techniques, most colors of gold can be produced artificially, but pure, 24K gold is still the rarest.

What Is The Most Common Color Of Gold?

Yellow gold and white gold are the most common colors of gold.

Which Color Is The Best Gold?

That’s down to personal choice and desired usage: does it work well with your other jewellery? Is it in your price range? Is it hard-wearing? These are the facts, the rest is up to you!