Blog » Wine, Beer & Spirits » Beer » What is Coffee Beer? A Guide To A Popular Fusion 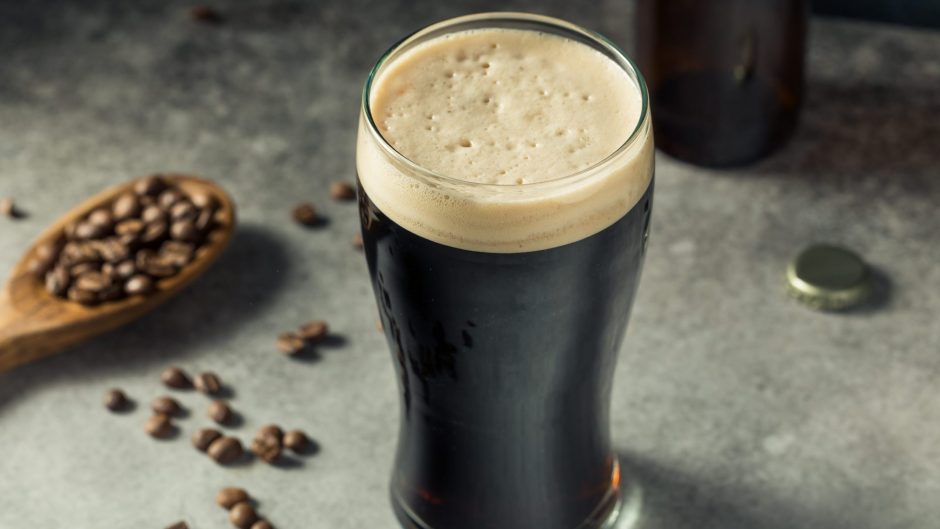 Brewing beer has to be one of the oldest and most treasured pastimes shared around the world. That is, next to beer-drinking of course.

The love of coffee, likewise, has its roots set deep in ancient history, continuing well into modern times as an essential staple drink.

Now, thanks to the experiments of daring and innovative breweries, two of the world’s most beloved beverages of all time have finally met in harmony. It’s called coffee beer.

What Is A Coffee Beer & What Is Its History? 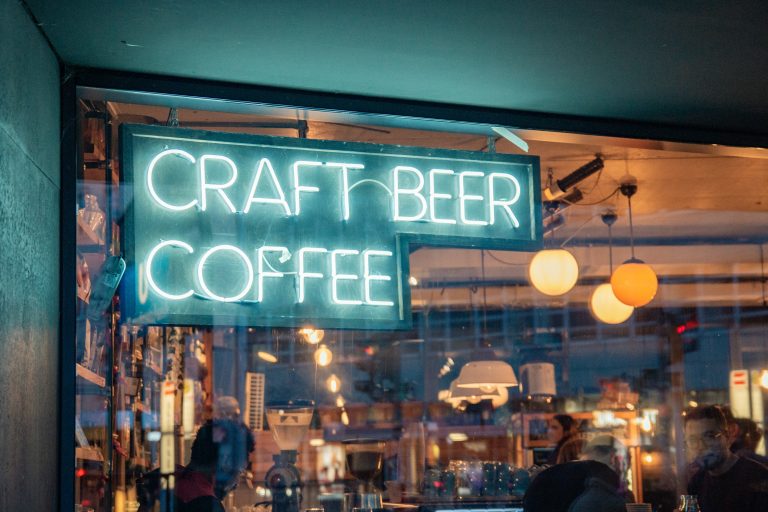 Coffee Beer is essentially any beer made through the usual brewing process, though with an added, delicious infusion of coffee aroma and flavour.

It was invented during the 1990s, during a boom in the brewing industry. At this time, new beers and ales of all manner of taste and colour, and from all around the world, were appearing on the shelves of liquor stores.

Seeking to find a niche in the market, many new brewers set aside strict and traditional beer-making standards, such as Germany’s famous Reinheitsgebot, to experiment with new flavours and recipes. One of the most successful, and delicious results of these experiments became known as “coffee beer”.

Over the decades, coffee beer has continued to grow from strength to strength, gaining popularity, and even convincing big breweries like Guinness to jump on the bandwagon.

What Is The Difference Between Stouts, Porters And Coffee Beer?

Both porters and stouts are dark beers and have an intertwined history dating back to the 18th century. Stouts basically came about from the desire to create a fuller and stronger porter. Though very similar to each other, they generally differ in the following ways:

Does Coffee Beer Have Alcohol In It?

Most coffee beers have an alcohol content of around 4 percent ABV, alcohol by volume. However, there are also many types of coffee beer that are made to be low-alcohol beverages, ranging from 0-0.8 percent ABV. This, however, largely depends on the brewer and their coffee beers.

Does Coffee Beer Have Caffeine In It? Will It Keep You Awake?

While many coffee beers certainly contain some caffeine, the amount is usually small in comparison to an average cup of coffee.

In general, a cup of coffee can contain between 80mg – 120mg of caffeine, depending, of course, on the coffee used and the method of brewing it.

Coffee beer, on the other hand, usually contains less than 50 mg of caffeine per 340 ml, with some brands containing as little as 7.5 mg. Generally, though, the coffee is added more for the taste than the effect. Some brewing methods even choose to replicate the taste rather than using real coffee and therefore contain no caffeine at all.

Many coffee beer aficionados, however, do enjoy the slight perk that certain coffee beers using real coffee bring to the beverage.

How Are Coffee Beers Made?

Coffee beer is essentially a standard beer recipe that has been infused with coffee flavour during a particular stage of the brewing process. In general, there are two major ways that brewers flavour their coffee beer:

As mentioned, porters and stouts are most commonly used in making coffee beer, being a natural choice to compliment the taste. Both are dark, rich, medium to full-bodied ales. Porters have a more chocolaty taste, creating a coffee beer that some drinkers associate with mocha. The stouts have a more bitter and heavy, coffee-like taste that enhances the added coffee flavour.

In recent years though, porters and stouts haven’t been the only types of beer used. Nowadays coffee beers can range from cream ales to sours, and come in a greater variety of blended aromas, flavours, and notes, such as citrus, to create some unique and vibrant tastes. In particular, cream ale-based coffee beers are quickly gaining ground over the porter and stout variety as the leading favourites.

Are We Running Out Of Coffee? How COVID-19 Has Impacted Supply & Demand

How To Make Coffee Beer At Home

Homebrewing and craft beers are popular trends these days. However, not everyone is able to spare the time and effort to go through the lengthy beer-brewing process. A common short-cut used by many bars, restaurants, cafés, and also many folks at home, is to simply create a coffee beer cocktail. Here’s a simple recipe you can try

How to prepare it:

The exact ratio may vary according to the strength of the coffee, and also personal taste. So it’s worth experimenting to find the best ratio for your own individual taste buds.

With so many coffee beers out there, it might be hard to pick. Here are 5 of the best coffee beer brands you should try! 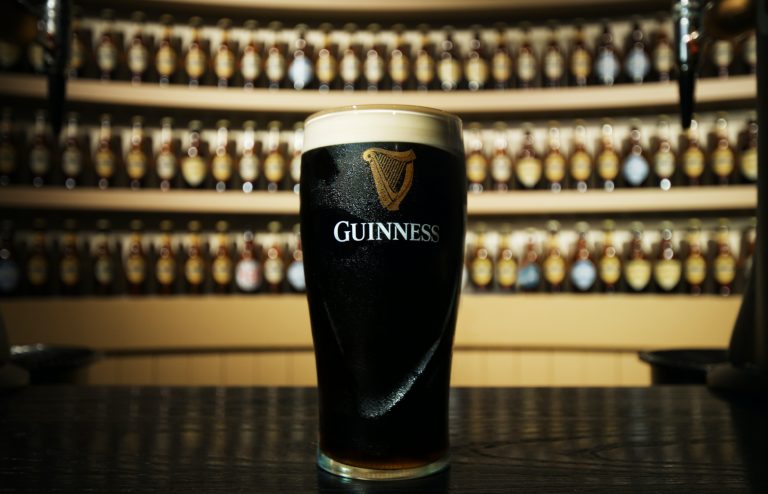 Guinness is well-known for producing quality dark Irish stouts with a trade-mark creamy head, smooth texture, and a well-balanced medium-heavy body. Now, the renowned Dublin-based brewery has jumped in on the coffee beer trend to produce yet another tasty offering.

The Guinness Nitro Cold Brew Coffee Stout has all the usual features of a classic Guinness, though with an added aromatic taste of freshly roasted coffee beans. This coffee stout, at 4% ABV, makes for a perfect lunch or dinner-time beverage.

Operating out of Brooklyn, New York, Sixpoint Brewery has created a delicious coffee beer that stands out from the rest. Known for their warm, orange-infused, blonde ales, the tangy-sweet citrus flavour of their C.R.E.A.M. Ale blends incredibly well with its added infusion of coffee notes and bitter aftertaste.

Another prominent brewery coming out of the US, Michigan’s Founders Brewery has struck a win with their delectable Kentucky Breakfast Stout. Made using roasted Sumatra and Kona beans, their rich and creamy dark ale maintains a perfect balance of coffee and chocolate flavours, with its dark, bitter-sweet malty goodness.

Since it began in 2004, Duck-Rabbit has become known as a specialist in dark ales. Their German-inspired Schwarzbier is a particularly big hit. Brewed with a stronger taste of hops than their other beers, the aromatic coffee and the chocolate flavour is provided by their special malt. Overall they have created a tasty and refreshing drink that is well worth giving a try.

Funky Buddha creates an amazing coffee beer with a taste that is as unique as it is delicious. With a noticeable aroma and undercurrent of infused maple sweetness, Maple Bacon Coffee Porter is made for those with more of a sweet tooth when it comes to their beverages.

If you are wondering if it’s too sweet though, keep in mind that it also has an expertly crafted blend of smoky, bitter, roasted coffee and chocolate flavours to balance the sweetness. Altogether, Funky Buddha’s Maple Bacon Coffee Porter has proven to be a highly popular choice for coffee beer drinkers.

What Are The Best Foods To Pair With Coffee Beer?

There are a number of different foods that go well with coffee beers. From hors d’oeuvres and desserts to main courses, the taste complements both sweet and savoury dishes. It can go particularly well with:

If you are just looking for a tasty snack, or perhaps entertaining guests, it can pair very well with aged semi-hard cheeses.

Get Your Hands On A Coffee Beer

While coffee beers are becoming ever more popular around the world, they are also generally still considered a connoisseur’s drink. If you are curious though, and eager to try one, get your taste buds ready.

You will likely be blown away in surprise by how refreshing, delicious, and well-balanced coffee beer can be, and like many others, might even become an instant fan.