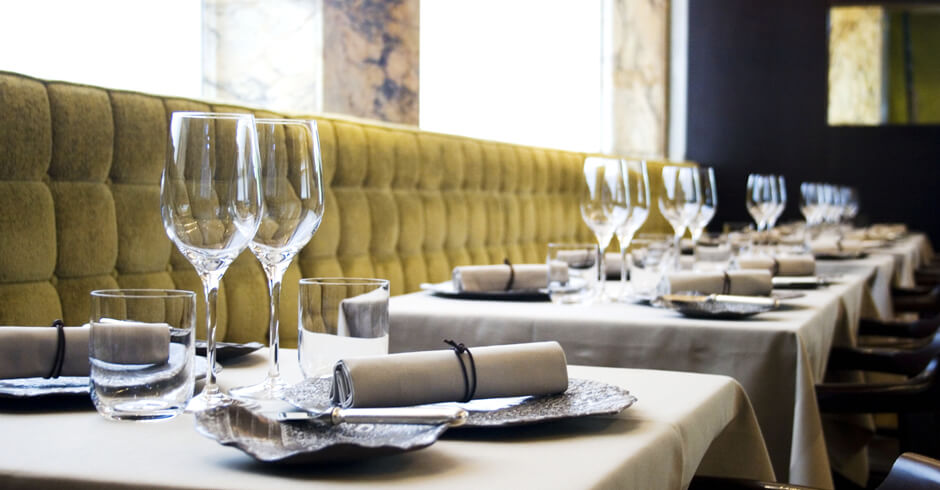 Club Gascon, a one star Michelin restaurant in the City stands humble amongst cobbled streets and pub-lined alleyways. Out of the prestigiously awarded restaurants I’ve visited, it’s one of the most understated yet refined. The restaurant itself is part of a group – Le Bar (which is just next door) and Comptoir Gascon. Walking into the intimate dining room is not a showy affair, it feels like the exact kind of place you’d want to celebrate a milestone with the family. With a wild, blooming floral centerpiece at the bar, everything else is kept simple. For fine dining, it’s incredibly approachable. I went for the five course tasting menu via Truly, a luxury concierge that provides experiences that make memories through a curated list of things to do around London. 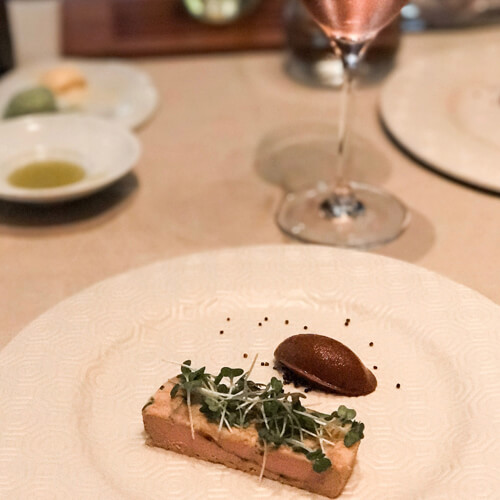 The tasting menu with wine pairings was accompanied with all the trimmings, amuse bouche, palate cleansers and petit fours, as well as a signed card from the Head Chef Pascal Aussignac – a quaint touch to the evening. Service was faultless, the staff were patient and the most obliging with my photo-taking (I couldn’t help it, I was ‘working’!), swapped my dinner guest’s wine for tea pairings as she’s a non-drinker, and they answered all of my questions. This led me to some interesting facts like, their water carafe was originally a handmade vase sourced from a market by the Chef. And whilst not all of their ingredients are made in-house, for example some of the bread and the popcorn that features in one of the in-between courses, they always work their magic so that it has a twist.

The highlights of the meal was the lobster-infused butter, which admittedly is an odd choice but I have a thing for bisque and this was very close to it. In all seriousness, the white asparagus browned with a subtle umami flavour, presented with little puddles of various summery sauces made it a refreshing starter. The lamb neck was so succulent without that overpowering gaminess that often puts people off this meat. Partnered with cucumber, it made for an imaginative and unexpected course. As an avid wine drinker (it should be listed as an official hobby), I was delighted to sample the London Cru’s Charlotte Street. It’s a biodynamic 2015 Chardonnay that retails for about £20 and made in Fulham – another urban winery in our city! I should also mention that whilst this is not quite a ‘highlight’, I do pride myself on being able to try new foods. 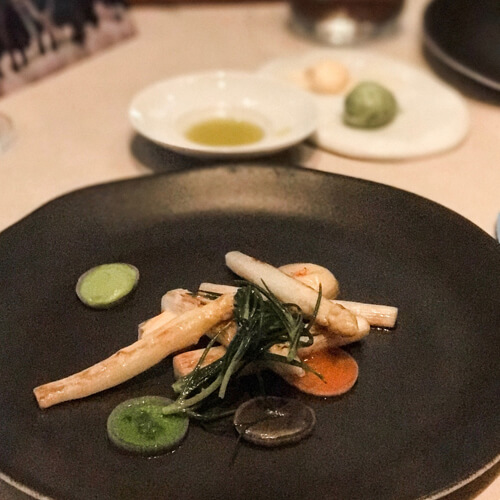 There are boundaries of course, nothing domestic ever (apparently there’s a restaurant in Switzerland that serves cats and dogs) or to be found in the street stalls of Bangkok (no insects or anything of the sort). However, the pressed duck foie gras dish stars squirrel meat. When asked how this was sourced, I was assured that it was from a grey squirrel and not an endangered red. Of course, they were joking (they were, right?!) but to report on what that tasted like – its texture was much like ham hock, which assimilates well in a terrine.

As its best not to end on that morbid note – the dinner was a relaxing experience made even more enjoyable by the attentive staff and enhanced by a diverse selection of wines. This restaurant stood out to me on Truly Experiences because of its consistency and year-on-year acclamations. In a city with restaurants opening almost every night, hype often overtakes quality and that is one thing I cannot stand. Also, as a blogger, I often find myself at photogenic restaurants or cafes that just do not live up to their appearances when it comes to their menu. Club Gascon was a reminder that the best places aren’t the ones with snaking queues and no reservation policies but the restaurants that you can arrive to and immediately feel at home – if your home is stocked with a butler and professional chef.