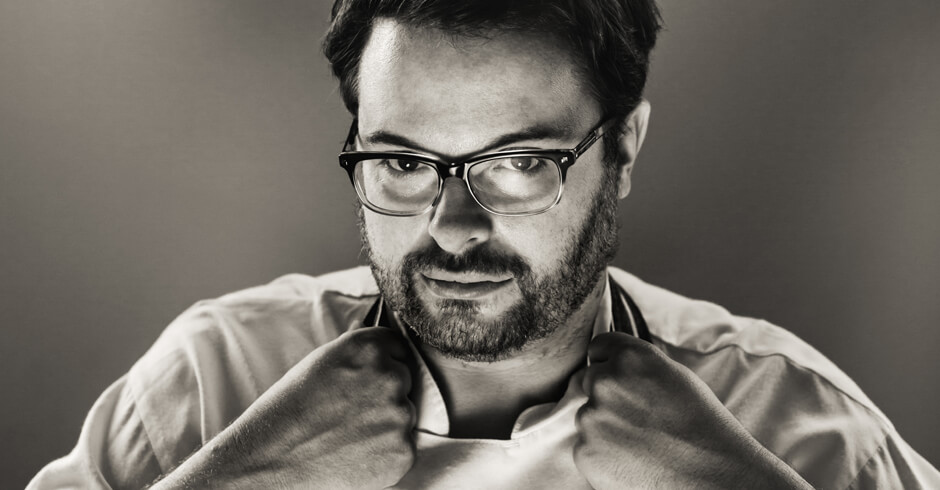 When did Shoreditch become the new Soho? And since when are Michelin-starred restaurants crowdfunded? I visited two of London’s hottest bohemian chefs to find out how the capital’s restaurant scene has recently been flipped on its head.

“Aged seven, I wanted to know how to make a chicken pakora”. This is apparently where it all began for Isaac McHale, Michelin starred chef of the uber-cool Clove Club in the Shoreditch Town Hall. The pakora?  A battered, deep-fried piece of chicken, it’s fair to say that he’s perfected it. Not in its original form, but as the restaurant’s signature dish, ‘Buttermilk fried chicken with pine salt’.

Having eaten at and raved about the restaurant last year, before it was cool – or at least before it was awarded its Michelin star and became notoriously difficult to access – I’m happy to have the opportunity to catch up with Isaac over a coffee. Still seen by parts of the restaurant establishment as the ‘new kid on the block’, McHale has a long culinary C.V. to rival anybody else cooking in the capital. 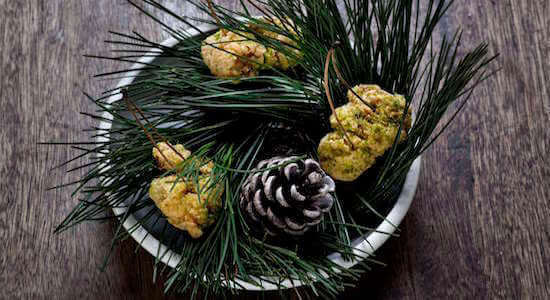 It’s hard not to get caught up in his energy and enthusiasm. He shows me a book – given to him on his 13th birthday – about south east Asian cooking. “I thought I knew it all! I mean, I’d been cooking for six years at that point. But I didn’t have a clue. There was no lemongrass in Glasgow back then.”

The McHale family moved from the Orkney islands to Glasgow when Isaac was young. He explains that this had a big influence on his interest in food. “In inner city Glasgow there was no tradition of Scottish cooking. Yes, there were neeps & tatties, or haggis, or herring cooked in oatmeal, but not the stuff that’s gonna excite a teenager. There was this whole world of exotic spice and foreign flavours which is exciting for anyone”. That taste for the exotic is what caused him to drop out of university after a year of studying food chemistry and making his way across the globe to Australia.

“I wanted to work in Japan, but there were all these barriers; language, visas, cultural traditions… I ended up at Marque with Mark Best (in Sydney).” After working with Best, whose classical European training includes three Michelin starred L’Arpége, in Paris, and Raymond Blanc’s 2-star Le Manoir aux Quatre Saisons, McHale had a solid foundation in traditional European cuisine.

He then moved to London where he continued to learn, first under Tom Aikens at his eponymous restaurant, then at The Ledbury. “I was part of the opening team at The Ledbury, stayed there for five years before going off for a bit. When I came back it was in a development capacity which was amazing.” Having worked as a development chef myself, I understand the appeal. “But I had to have my own space. I’ve learnt to be proud of what we have here. We now stay closer to home with most sourcing, but I can’t help getting Scottish ingredients when I can”.

Upon leaving the Ledbury, Isaac teamed up with follow chef James Lowe to take the emerging London dining scene by storm. Having built a strong following during a residency at The Ten Bells pub, The Clove Club secured the final £250,000 they required to open via Crowdcube crowd-funding. “It was amazing for two reasons: one, we got to open, and two, we’d already built up a big buzz before launching.”

DINE AT THE CLOVE CLUB >> 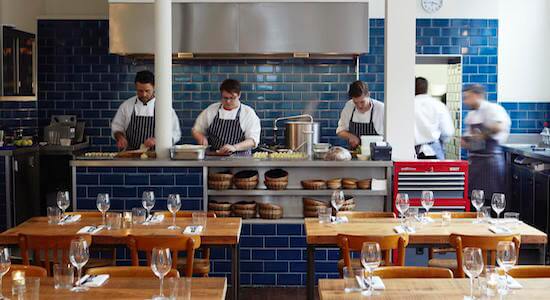 The kitchen team at The Clove Club

Having established themselves as major players in the London restaurant scene, the team have now set their sights on future projects. “We’re planning a lot for later this year. I can’t give you anything concrete on new sites just yet, but there are changes to be made here [at The Clove Club]. We didn’t have money when we opened so we didn’t get blinds, we bought the cheapest tables and chairs, cheapest cutlery, everything.”

The Family Business: A Conversation with Chef Elena Arzak

Not strictly true, I know, as I was such a fan of the service ware at the restaurant that I asked a potter to make some for a restaurant I was setting up at the time. Cheap, they were not. “OK, The plates are where I drew the line. I love our plates. And I designed the [meat] knives with a guy in Sheffield. It breaks my heart that I’ve seen them in other places,” he says with a cheeky wink.

“On the subject of inspiration,” I start, “where do you draw yours from?” “Depends; do you mean inspiration or copying?” Isaac 2 – Chet 0. “I tend to go back to old cookbooks. My current favourite is European Peasant Cookery by Elisabeth Luard. It makes sure that you’re not doing the same thing as anyone else. Things like Hungarian stew with braised broad beans and potatoes, left field stuff for us.

“I also tend to flick through old Marc Veyrat books”. Veyrat made his name through the use of rare roots, mountain plants and wild flowers harvested in the French Alps. “It’s not just the wild element, though. He did things in such an old school way, ways that you’d never do them. Unlike looking at Dabbous [Michelin starred London restaurant] or Relae [Michelin starred restaurant in Copenhagen], which are ultra modern.”

Our time together is cut short by a cheese-related emergency, beremeal shortages and a persistently ringing phone. And so I visit Isaac’s former chef-partner, and fellow Young Turk, James Lowe at Lyle’s. Opening less than a year after The Clove Club, is Lowe technically the ‘new, new kid on the block’? 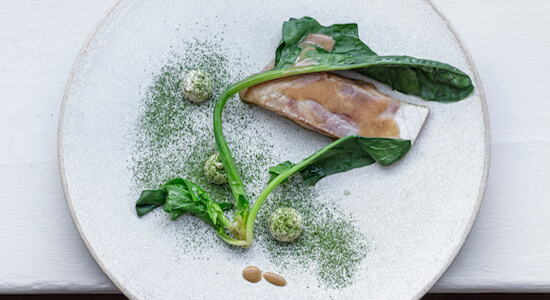 “Sometimes it feels like we’ve not been open for very long. Not even a fraction of how long we want to open for. But I’ve definitely aged in the last 10 months!” Like The Clove Club, Lyle’s – Lowe’s mother’s maiden name – has polarised opinion among the nations critics. What is universally acknowledged, however, is that Lyle’s has the potential reach the heights of The Clove Club.

It would be a mistake to paint the two restaurants as one and the same. Unlike McHale’s establishment, Lyle’s is partly backed by the Sethi family. “When you see people putting everything they have into something it’s kind of a safer bet,” he jokes.

If the Sethi name sounds familiar, it’s because they also own the Michelin-starred Gymkhana, Trishna and Kitchen Table restaurants. Then there is the newly opened Taiwanese Bao bar as well as gourmet hot dogs and champagne at Bubbledogs. Add in the British-based Lyle’s and you have a very odd mix under one family name. “I like the idea of having a group of restaurants that represent the kinds of places I’d like to eat. I guess that’s what they’ve done. I know I have no desire to do a Lyle’s part two.”

So the future of restaurants is super-families? “It’s important for any industry to keep things moving. To evolve. There’s a kind of natural selection; do what you do well enough and you’ll survive. It’ll become a permanent thing and part of the fabric of food culture. Where the support comes from is secondary. The crap people fall away, and nobody cares.”

While we’re on the subject of the future, I ask what Lowe thinks will be next. “For me, I was so sick of people asking ‘what’s the new trend?’ or ‘what’s the unique selling point?’ How ridiculous to say that wanting to serve good food, in a nice space, at affordable prices, isn’t enough? Are you kidding me? There is something seriously wrong with the industry if doing that isn’t enough.” I think the rising success of London’s New Guys is proof that it is indeed enough.

Dine at one of London’s ‘new kids on the block’, with an exclusive tasting menu experience at The Clove Club >>