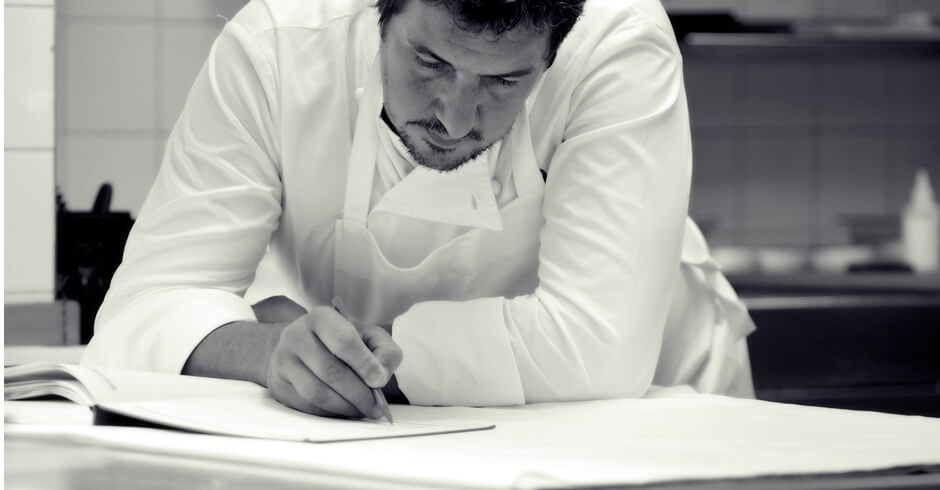 A chef’s chef, Claude Bosi has proved that high dramatics aren’t mandatory for high-end chefs. The owner of the two-star Michelin restaurant Hibiscus has reputation indeed – but more the type of holding the respect of peers.

When Claude Bosi uprooted Hibiscus from the gastronomic hotspot of Ludlow to London in 2008 and lost his second Michelin star because of the two-week window between his opening and the review deadline, it arguably did more damage to the famed awards than his standing. Contemporaries like Richard Corrigan, Tom Aikens and Antonin Bonnet united in declaring the decision a travesty, and it was reinstated in 2009.

That’s not to say he’s without a fiery temper – he hit headlines in a dispute with a blogger on Twitter. “I was just trying to help the guy out,” Claude explained afterwards.

It was the trickiest moment of an otherwise smooth rise to the top for 42-year-old Claude, a man who makes cooking look easy. No doubt it’s helped by his head start.

“I was practically born in the kitchen,” he said. “I grew up in France, in Lyon, surrounded by vineyards, markets and my parents’ bistro. In an environment like that it’s hard to resist. My mother infected me with her enthusiasm: I was determined to be a chef!”

He moved to Paris at the earliest opportunity and studiously trained at the two-Michelin starred Le Chiberta and L’Arpège under Alain Passard, climbing to the position of sous chef as the revered restaurant rose from two to three Michelin stars. After a final stint at Alain Ducasse in Paris, he moved to the UK in 1998 and, lucky for us, never returned home. 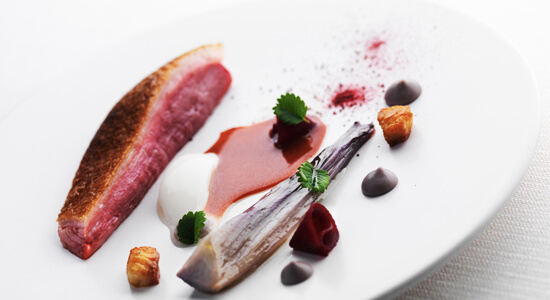 Beginning his British stint as sous chef then head chef of Overton Grange in Ludlow, his entrepreneurial skills flew into action as he realised the ample opportunity here – and so opening the now famed Hibiscus.

Moving to the UK gave him a unique perspective when it came to opening his own restaurant, which he describes as a “childhood dream”.

“On the one hand, you have a wealth of rare ingredients and ultra-modern techniques,” he said. “On the other, a classical grounding. England on the one hand and France on the other.”

While Hibiscus began as a joint effort between himself and his then-wife Claire, their divorce in 2010 appears to have left the restaurant largely unaffected – it ranked as the fifth best UK restaurant in the Good Food Guide 2015.

It’s meant that Claude has been able to look into other ventures, taking over The Fox and Grape and The Malt House in Fulham alongside his brother Cedric.

Recent years have seen him begin to expand his profile outside of the fine dining circle – he was one of the chefs invited to curate the pop-up restaurant The Cube, on the Southbank Centre’s rooftop, and has appeared on Saturday Kitchen – a flighty accolade compared to his Michelin stars, reverence and innovation, but an accolade nonetheless.