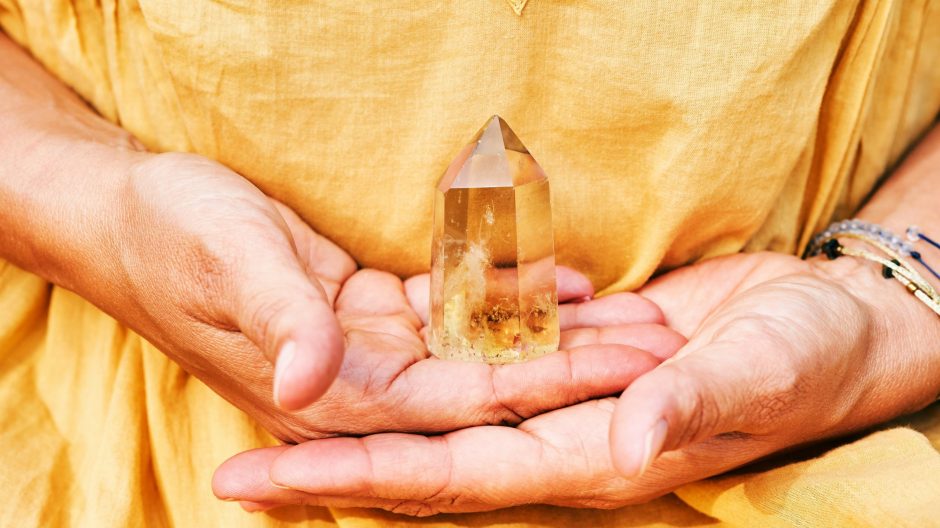 Citrine is a yellow quartz stone that’s been around for thousands of years. It’s part of the quartz family that include crystals like clear quartz, rose quartz and smoky quartz.

Once favoured amongst classic Hollywood stars like Greta Garbo and Joan Crawford, citrine has long been a popular choice, and it’s still sought after to this day.

Find out everything there is to know about citrine and see if you want to add one of these sparkly gems to your jewelry collection! 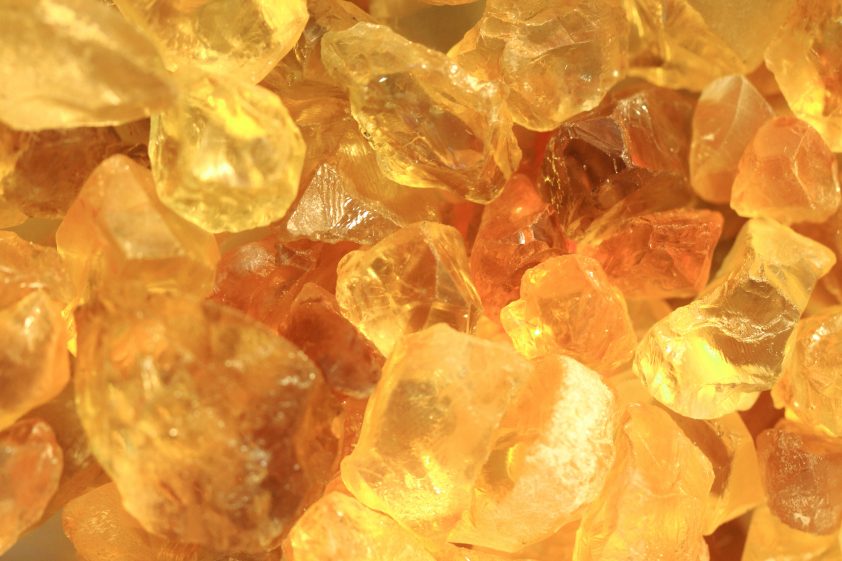 The citrine stone is the pale yellow to reddish-orange member of the crystalline quartz family. Quartz is a hard, crystalline mineral made up of oxygen and silicon atoms. These atoms are all linked together by a very specific pattern.

After feldspar, quartz is the second most abundant mineral that exists in the earth’s continental crust. It manifests in a number of different colour spectrums, but the ones coloured like citrus fruits are the ones that fall into the ‘citrine’ category.

In recent years, as earth tones became more popular in fashion, so did citrine. The word ‘citrine’ means ‘lemon’ in several different languages, and it perfectly suits this citrus-coloured gem.

What is Citrine Crystal Meaning?

Due to their warm colours, citrine evokes images of warmth, sun and illumination. As a result, the stones have been symbols of romance, positivity and happiness for hundreds of years.

More recently, and perhaps in large part because of the origins of its name, the citrus-coloured gemstone has become a symbol of vitality, freshness, new beginnings, mental clarity and emotional well-being.

What Is Citrine Good For? 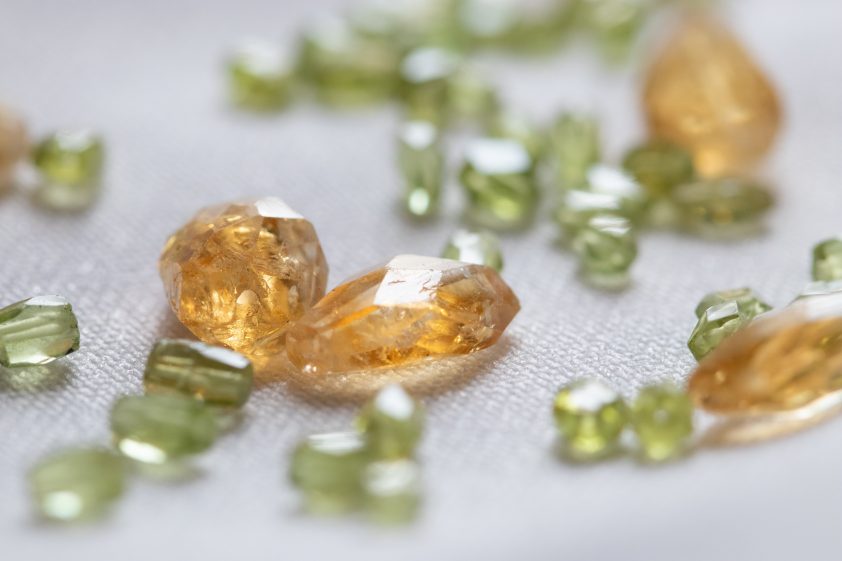 Citrine makes for an excellent addition to pieces of jewellery, as it adds a beautiful pop of colour and its rich earth tones complement most outfits.

Other than just aesthetic purposes, it’s believed that citrine contains a solar quality of energy, as its colours are similar to that of the sun. This makes it a good crystal with plenty of healing properties for both emotional and physical ailments.

Throughout history, citrine has been known as ‘The Merchant’s Stone’ as many believe that they can attract money. In feng shui, citrine is a stone that brings about good wealth and fortune.

What Are Citrine Healing Properties?

In an emotional sense, the stone is said to help its bearer strengthen their self-esteem. It’s also thought that citrine can bring about a more positive and vibrant flow of energy in and around the body.

In a physical sense, citrine healing properties include improving digestion and strengthening endurance. In ancient times, healers used these stones to purify the body of toxins, improve the circulation of blood and strengthen the immune system. Essentially, you can think of citrine as a natural hot spring in gem form! The stone was also used as a means of warding off disease and guarding against venomous snakes.

What Chakra Is Citrine Good For?

As a whole, it’s believed that citrine helps to cleanse chakras and open up the windows of intuition, creating a greater sense of alertness and a spiritual connection to one’s self. This is thought to make you wiser and more observant.

More specifically, citrine is associated with the sacral chakra as well as solar plexus chakra. The former is vital for creativity and manifestation. An alert sacral chakra is important to awaken one’s abilities and creative imagination. Many believe that the stone’s energy flows into the bearer’s body directly from the sacral chakra, and then spreads into the solar plexus, enhancing one’s willpower.

Citrine pushes us to look to the future and imagine all that could be, instead of being stuck in the past looking at all that has been.

How Much Is Citrine Worth?

The price of citrine varies per carat, just as it does with any other gemstone. Citrine’s worth is also determined by numerous factors, including whether or not it is natural, or heat treated. The general ballpark per carat is within a range of US $10 to $30.

Citrine gemstones cut to maximize their brilliance and colour fetch a higher price, as are the stones free of any blemishes or inclusions. Brazilian citrine tends to have a higher value as these stones have deep red-orange hues, which are highly sought after.

Why Is Citrine So Expensive?

Commercial citrine is relatively affordable, as the gemstone is likely to be heat-treated amethyst or quartz. However, the value of citrine can increase significantly if it’s natural citrine. This is because it’s incredibly rare to find natural citrine, let alone ones that are big enough to be cut and weighed.

Who Can Wear Citrine?

Wearing citrine is something anybody can do, but it’s particularly recommended for those feeling tense in their physical and emotional bodies. The stone helps its bearer realign and manifest the best version of themself.

Citrine is not just a beautiful stone with gorgeous warm, earthy undertones that pairs well with almost any jewellery design. It also serves as an excellent fix to help unblock chakras, boost one’s immune system and help them get in touch with their creative sides.

How Is Citrine Formed?

Natural citrine stones can be quite hard to find. They are very rare but form in the same way that quartz stones are, given that they’re a member of the quartz family. Quartz crystals harden when silicon and oxygen atoms link together.

Most natural citrine is light yellow in colour, but with a relatively low temperature change, treated stones can yield golden yellows. However, most citrine found on the gemstone market is produced by treating stones like amethyst and smoky quartz with heat. Thus, be careful of the citrine you find in the market, they may actually be other quartz like smoky quartz.

The higher the temperatures, the more intense the colour of the citrine will be, with some turning into darker yellows with brownish-red hues.

Where Is Citrine Found?

Naturally formed citrine has previously been found all over the world, although it’s quite rare in this day and age. Citrine has been discovered in destinations such as the Ural Mountains of Russia, Kazakhstan and Madagascar, to name a few.

While most of the commercial citrine that we see today is a result of lab treated quartz and amethyst, these stones are mined in Brazil and Uruguay. The geodes discovered there allow for large pieces of crystal to be extracted, which results in a more significant yield of lab-treated citrine for manufacturing.