Blog » Wine, Beer & Spirits » Beer » What is Chocolate Beer? Introducing the Best of Both Worlds

If you’ve had a beer while nibbling on chocolate, you know what a beautiful partnership it is. Brewers have known about the compatibility of beer and chocolate for ages, resulting in a number of delectable chocolate beers.

What is Chocolate Beer? 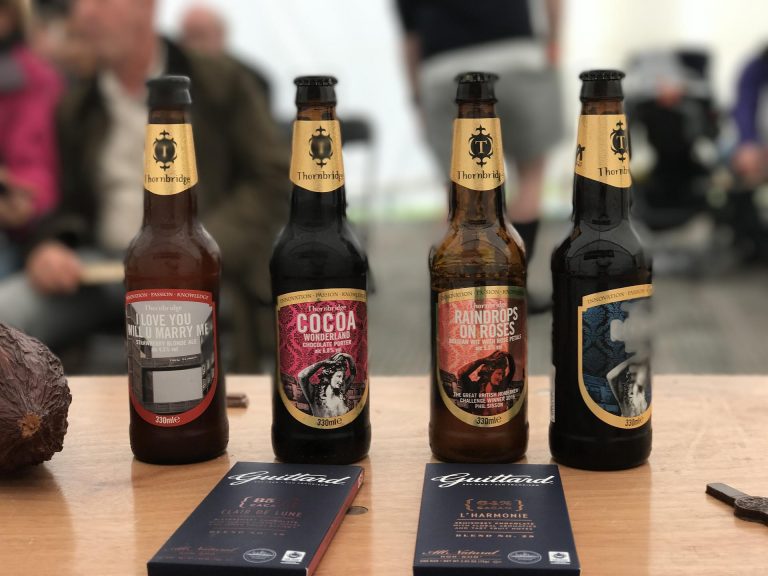 Although any style of lager or ale can be made into chocolate beer, it is mostly added to stouts and porters. Some beers use chocolate malts or are brewed in a way to produce chocolate flavours.

What is Chocolate Malt Beer?

Chocolate malt is a barley malt often used in stouts and porters. The name refers more to the colour of the malt than the taste because, after roasting, it has the appearance of dark chocolate. It imparts a roasted or nutty flavour to the beer as well as a deep red colour. Chocolate malt beer is not made with chocolate malt alone – it’s frequently combined with other malts which impart a chocolate flavour.

What is the History of Chocolate Beer?

Chocolate beer might be one of the oldest beers of all time, dating back more than 3,000 years! Professors at Cornell and Berkeley colleges found evidence that pre-Colombian Mesoamericans fermented cacao fruit to create a beer-like drink called ‘chicha’. Beer expert, Martyn Cornell, points out that making chocolate begins with fermenting the cacao fruit and seeds together and that the origins of the modern chocolate industry are rooted in this primitive drink.

Professor John Henderson at Cornell University found traces of chocolate-flavoured beer after looking at pottery from Puerto Escondido in Honduras for traces of theobromine. 11 out of 13 samples tested positive for theobromine and/or caffeine, proving that the Ulmec people (about 1600 BCE to around 350 BCE), were drinking a chocolate-flavoured drink.

Later on, the Aztecs and Mayans, who made chocolate an important aspect of their culture, cut out the beer and consumed drinks made from the treated cacao seed paste but these were very bitter. It wasn’t until the Spanish took chocolate back to Europe that sugar was added to it.

Is Chocolate Beer a Lager or an Ale?

Chocolate beer can be an ale or lager. The chocolate flavour is usually added to porters, stouts and brown ales, because the grain bill complements the sweet ingredient but it can be added to other types of beer. The chocolate ranges from sweet to subtle but generally, finding a balance between the two is the goal.

What is Chocolate Stout?

A chocolate stout is a beer with a perceptible dark chocolate flavour. This flavour is created by using darker, more aromatic malt that has been roasted or kilned until it acquires a chocolate colour. An example is Harpoon Chocolate Stout which is brewed with an abundance of chocolate malt and a touch of chocolate. This chocolate stout is black with a rich, frothy head, it contains dark malt and dark chocolate aromas and tastes of roasted malt and cocoa beans. It is finished with a slightly acrid taste to balance the sweetness.

How is Chocolate Beer Made? 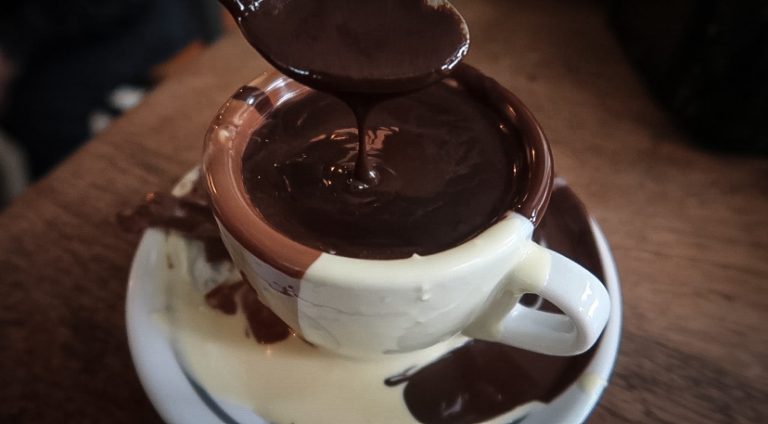 Chocolate comes from cacao trees which are grown in the tropics of America. The beans are roasted, husked and ground into cocoa powder and the natural fat, cocoa butter, is removed. Types of chocolate that we can buy contain sugar, oils and other flavouring but if you find untreated cocoa beans you can use them in your homebrew. Both of these types of chocolate can be added to your homebrew.

Also see  Who Invented Chocolate and Why? A Brief History of Chocolate

Chocolate that comes from cacao trees is not the same as chocolate malt which is malted barley, kilned to a dark brown colour. It can give the beer a roasty, chocolate-like smell and taste, but it is not a form of cocoa. Although many brewers use the word ‘chocolate’ in the names of their beers, only a handful use real chocolate.

Unsweetened, ground, pure cocoa can be used in the mash or in the boil. In the mash, you can sprinkle the desired amount into the grain bed at the beginning of the sparging process, or if you want a strong cocoa flavour you can add it to the grains during the mash itself. Ground cocoa will impart a dark and bitter flavour to the beer and while it may not be recognised as chocolate, it will add complexity.

Baker’s chocolate is the same as ground cocoa, except oils have been added. These oils make the brewing process a bit more difficult – any chocolate that contains oil has to be brewed for a long time to volatilise the oils or the beer will not be able to retain its head.

A brewer also achieves the flavour of their beer by adding chocolate to specific stages of the brewing process. Chocolate can be added to the mashing process, the boil, the fermentation or the ageing process.

Chocolate malt is a special type of malt often added to porters and stouts. The name refers more to the colour of the malt than the taste because it has the appearance of dark chocolate after roasting. It lends a roasted or nutty flavour to the beer as well as a dark red colour. The chocolate malt does not produce a beer with a chocolate flavour – it is often mixed with lighter and sweeter malts that resemble the flavour of chocolate.

Not all chocolate beers contain chocolate – most of them have chocolate flavouring from ingredients such as dark malt or chocolate essence. Other forms of chocolate added to beer include cocoa nibs and cocoa powder.

What Foods Can You Pair with Chocolate Beer?

A good contrast is pairing oysters and stout. Oysters have a strong, briny flavour that stands up to the chocolatey notes of the stout. Chocolate beers can be paired with roasted or smoked meats, toasted grains and bread and earthy vegetables such as mushrooms, beets and legumes. Sweet beers go well with rich caramels and creamy butterscotch puddings or any dish with cinnamon, nutmeg or ginger, all of which accentuate the sweetness of the beer.

Raspberries are great with chocolate beer so you can enjoy a starter of raspberries and nuts. For dessert, you can serve a raspberry walnut torte or ice cream with raspberry sauce. Cheeses you can enjoy include aged goat or Stilton cheese and blue cheese.

Chocolate beer is all about balancing flavours to achieve a pleasant palate experience and to produce a drink that will appeal to a love of beer and chocolate. Just as chocolate ranges in flavour from light to dark, there are a host of chocolate beers to try – some bitter and others sweeter.