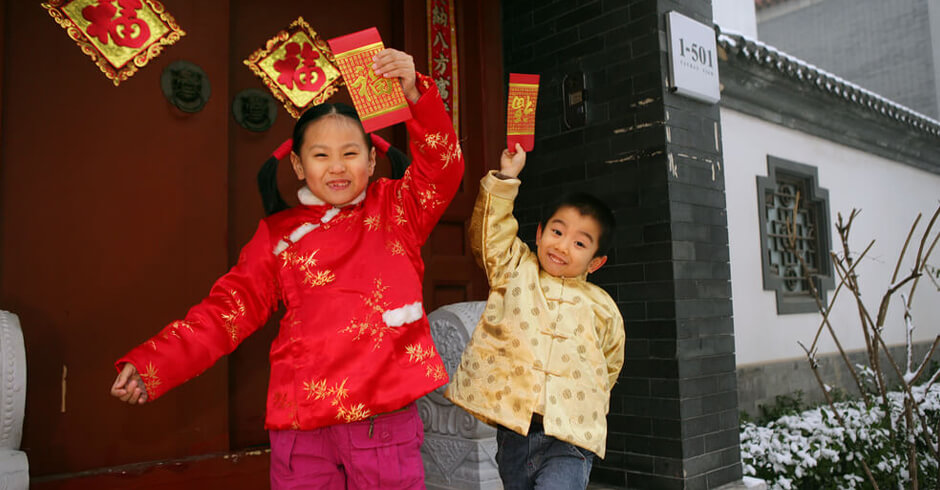 While the famous red envelope is synonymous with the act of gifting in China, it’s just as important to heed how a gift is presented, its value, and whether the occasion is suitable. It may not be as important for a Westerner to stick strictly to the rules if providing a Chinese friend or business partner with a certain gesture, but it’s wise to observe them nevertheless, particularly if a potential business partner is in a position to make life difficult for you. 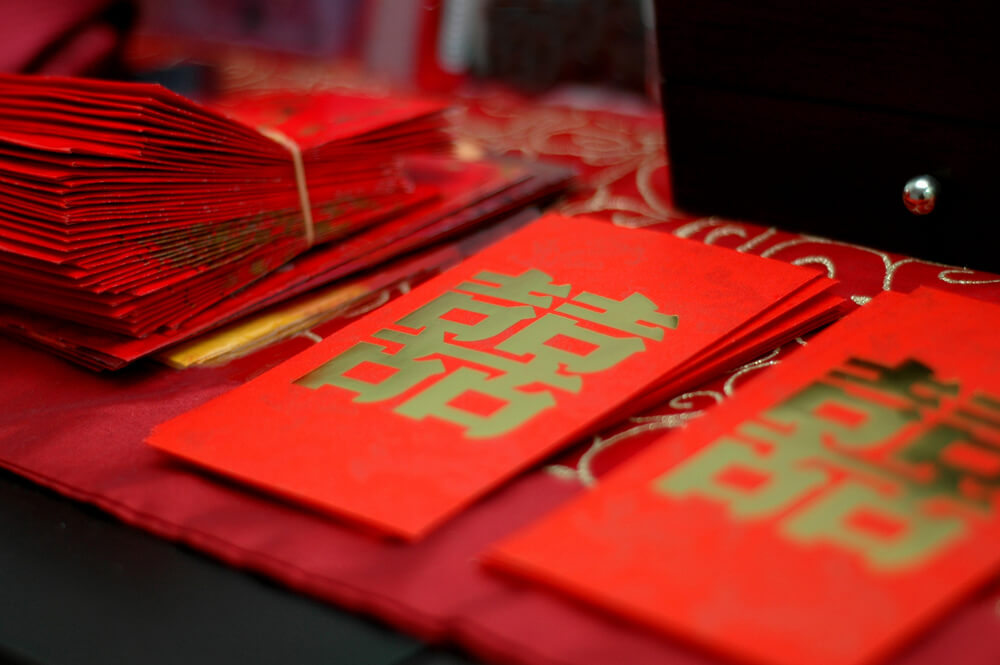 As with many other cultures, the value of the gift should depend on the occasion and your relationship to the recipient. Spending more on a gift for the boss at work than on your sibling might be a good way of pumping money back into the company, but generally this gives a bad impression. The same goes for people of different ranks in at work. An intern, for example, would expect to receive a gift of lower value than the company’s CEO.

There may be occasions, such as a wedding or leaving, which merit a more expensive gift. However, it’s wise to employ some moderation – lavish and extravagant gestures might be perceived as a sort of bribe. Also, the person may become embarrassed if they aren’t in a position to reciprocate with a gift of similar value.

As a general rule, there are certain amounts of cash that one would do well to avoid. The number four, for example, is phonetically similar to the word ‘death,’ which would give the recipient the wrong impression unless one was playing an elaborate joke. Also note that even numbers, especially 6 and 8, are always better than odd.

While coins and cheques should be left out of an envelope (change not being worth much and cheques not used much in Asia), folded, dirty, or wrinkled notes is bad form. Money inside a red envelope should always be fresh and crisp.

If you have a gift to wrap, there are several precautions to take into account, especially if you intend to hear from the recipient ever again. The colour in a gift’s presentation is the most important aspect about it. On one hand, decoration such as wrapping paper and bows should never be in black or blue, as these colours connote death. White should also be avoided, as it is reserved for funerals and also symbolises death. On the other hand, red means good fortune, pink and yellow resonate happiness, and gold is for wealth and prosperity, so these are generally the colours to aim for.

Writing a message with the gift should never be done by using red ink, as it’s considered bad luck for the recipient. Likewise, it’s best to never write a Chinese person’s name in red ink, whether you’re sending them a gift or not. 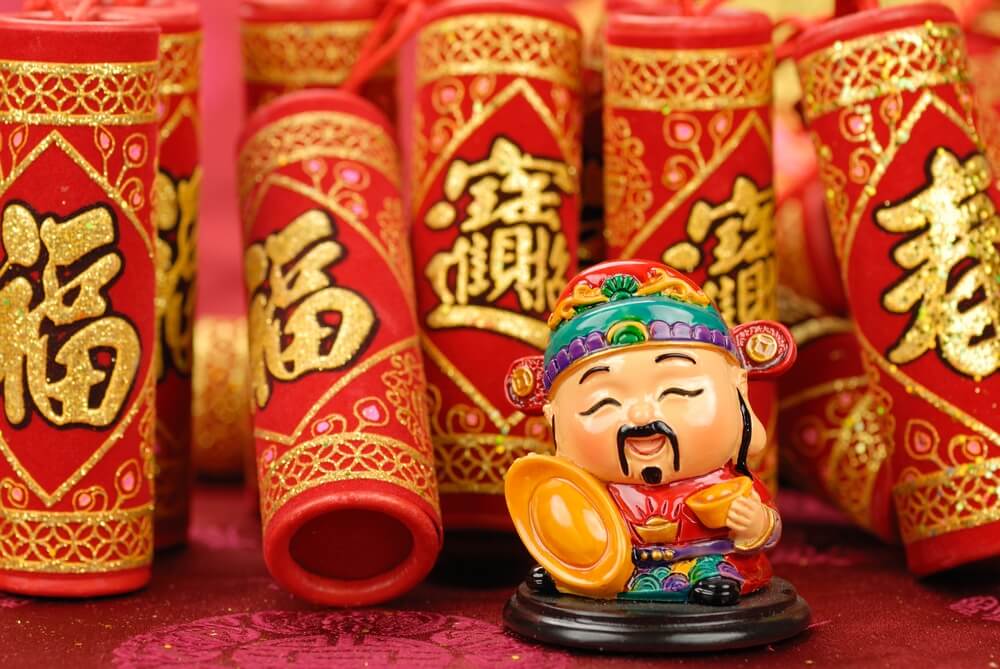 Where possible, one should look to exchange gifts in person. Posting is accepted, but it is considered better etiquette to hand over to the recipient privately. Most will politely refuse the offering at first, but if they do accept, they will take the gift in both hands as a sign of respect. It is perceived similarly if the giver offers their gift with both hands as well, but be well aware the recipient may not open immediately because it may make him of her feel embarrassed or greedy.

At corporate meetings, it is considered bad practise to offer only person a gift in front of everyone else. If there is only one gift to be given, you should approach to the most senior person. If in doubt, you might want to explain that the gift is from your company to theirs, but do make sure that the present reaches the hands of the most senior person in the room first.

It is usual for the person to reciprocate with a gift of equal value as a way of appreciation. In addition, it is good etiquette to follow up with a thank you card or email.

As part of the Chinese New Year celebrations, it is customary for red envelopes containing money to be passed from older generations to their juniors. The contents may vary from 20 Yuan (about £2) up to a few thousand.

It is best to note that, as odd numbers are typically associated with funeral donations, the amount of money in red envelopes should be of an even number. The numbers 6 and 8 are considered to mean good luck in Chinese culture, so you’d do well to gift an amount such as 60 Yuan or 80 Yuan. Older teenagers will usually receive more than younger children. 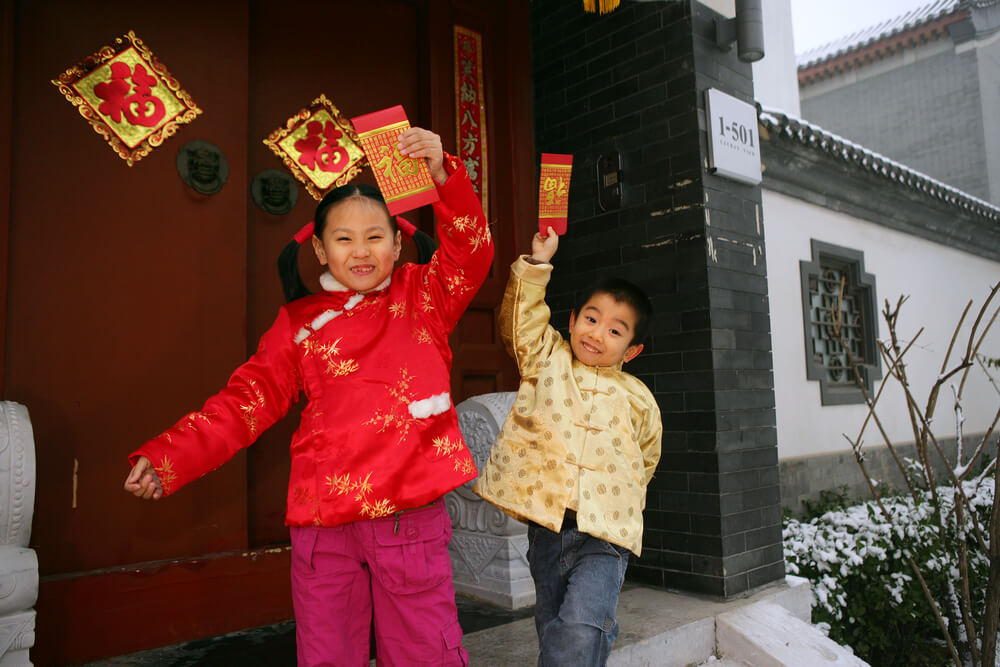 In contrast to Western greeting cards, red envelopes are traditionally given in person and left unsigned. Before accepting the red envelope, it is deemed polite for children to wish their elders a year of happiness, health and good fortune. Recipients will often tuck their envelopes under their pillows for seven nights, as it symbolises good fortune.

It’s a good idea to fill a red envelope with a value of money that wouldn’t be frowned upon at a Western wedding. At the very least, the cash given should be enough to cover a guest’s expense. If the newlyweds spent £60 per head on food and drink, for example, it would be a good idea to include £60 in the envelope.

As with other occasions, the amount of cash given should be relative to your relationship with the recipient. It is also not uncommon to spot a business partner at a wedding who might be more willing to part with extra money in order to strengthen the business relationship.

In Chinese culture, birthdays are perceived as less important than weddings and Chinese New Year, and gifts are scaled down accordingly. In modern times it is common for general gifts to outnumber monetary gestures.

Remember, China possesses an ancient and rich culture that’s heavily ingrained in Confucianism; the idea that respect, relationships, and rituals are maintained for sustaining harmony in the family as well as creating new partnerships. Gifts are integral to Chinese culture in that they allow people to express their respect for others. When done in the right manner, business and personal relationships can benefit immeasurably.