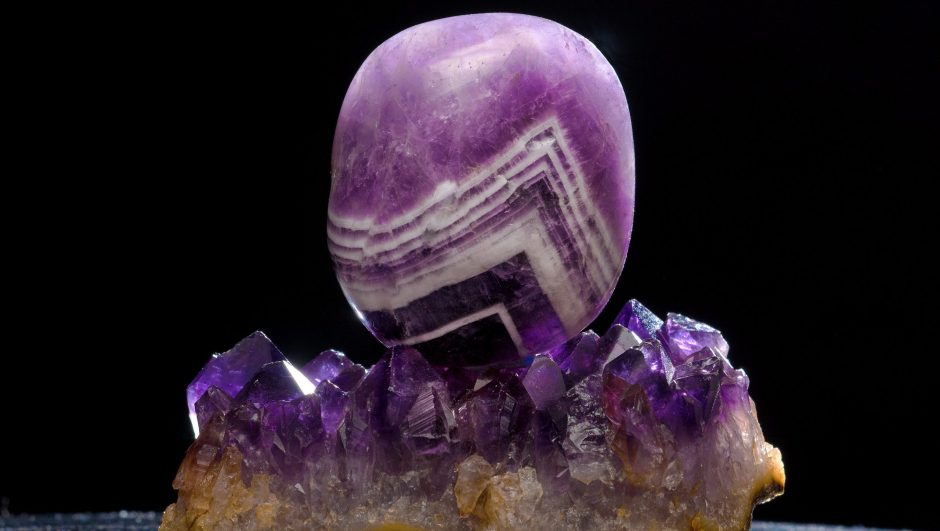 Different types of crystals have different effects and meanings to different people. Some have healing qualities while others boost self-confidence and bring good blessings.

Due to its numerous benefits and uses, the Chevron Amethyst has become one of the most popular crystals for public use.

What is Chevron Amethyst? 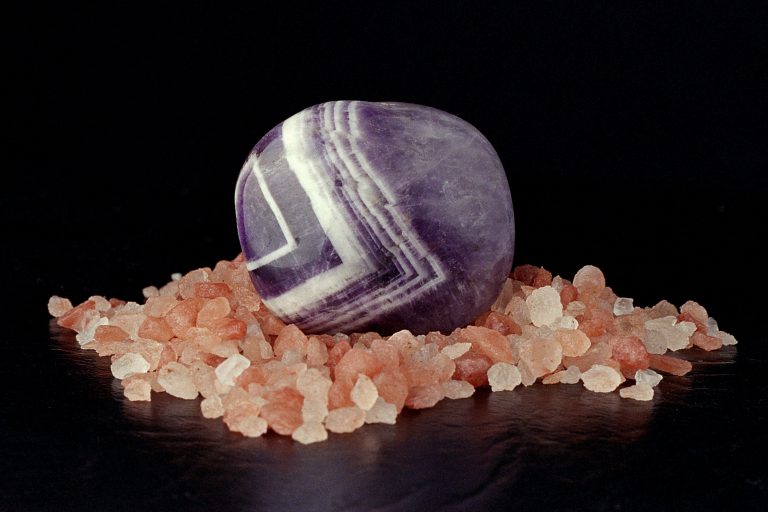 Chevron Amethyst has been described as a purple and white crystal in terms of its appearance. In more specific terms the crystal is a combination of white quartz and purple amethyst, giving it a distinct and recognisable look – usually lavender in colour.

The quartz binding within a chevron amethyst creates a V, which appears in thin lines across the stone. The combination of quartz and amethyst releases properties and effects, many of which have been described as mentally and physically beneficial.

What is the Meaning of Chevron Amethyst?

Chevron Amethyst has been described as a rare, yet extremely sought after and popular crystal. Also known as the Dog Tooth Amethyst, or the Banded Amethyst, there have been many different meanings ascribed to this crystal.

The name Chevron Amethyst originates from the fact that there are many V’s in the crystal. The V, as described above, comes from the quarts and amethyst binding which make up the stone. The origins of chevron amethyst are locations such as Brazil, Russia, and India.

Many people, who believe in the healing powers and beneficial properties of crystals, would recommend Chevron Amethyst because of its highly spiritual tone. Chevron Amethyst has been touted to lift the veil that obscures the meaning of life. In other words, making use of Chevron Amethyst, and keeping it on you, will provide clarity and perhaps remove some of the anxieties that were clouding your mind. It can provide respite in a world that is engulfed in chaos and hustle.

Apart from the spiritual properties of Chevron Amethysts, many have also cited the physical healing benefits that come from observing and respecting the purple and white crystals. It has been described as the perfect crystal for opening the third-eye chakra, which can improve physical vision in the long run. This opening of the third eye has also been explained to improve psychic abilities, which is why many natural healers, fortune tellers, and hypnotherapists always have chevron amethysts at their sessions.

The stone has also been said to protect the wearer by creating a shielding bubble that will repel negative energies and replace them with strongly meditative forces, which will contribute to peace and mind and a general sense of calmness. the stone will provide clarity and peace of mind in times of confusion and chaos. By providing these benefits, the stone could improve analytical thinking and flexibility during times of mental strife.

The physical healing properties of Chevron Amethyst have also been strongly cited by its proponents. It has been said to strongly boost a weak/struggling immune system. It has also been strongly recommended for people who suffer from skin problems such as acne, irritations, and burns, as the crystal can help soothe these issues. The way it combats skin problems is by strengthening the blood within the wearer as stronger blood leads to better skin.

Amongst all of the major benefits mentioned above, Chevron Amethysts have also been said to be highly beneficial to personal and close relationships, to wealth accrual, and to purify the body of unwanted mental and physical parasites.

How to Properly Use Chevron Amethyst

There are many different methods with which users can extract the beneficial properties of Chevron Amethyst, but perhaps the most effective way is to get creative and use the crystal in artful endeavours. Placing a chevron amethyst in your workspace while you draw, make music, read or write is a fantastic way to boost your mental capabilities and create to your full potential. It will bring out the best in both the stone and the user. The stone will provide fresh ideas and a productivity boost, due to its mind-clearing effects.

There are various crystal combinations that can be used to bring out the best in Chevron Amethyst. Some materials and stones which pair best with the purple and white crystal include aquamarine, hematite, spirit quartz, and malachite.

Where is Chevron Amethyst Found?

Chevron Amethyst is only formed in a few countries around the world – the ones with the perfect climate and geological formations. Countries like Russia, Brazil, India, and Madagascar are best known in terms of the origins of the purple amethyst crystal.

How Much is Chevron Amethyst Worth?

Amethysts used to be regarded as one of the most precious stones before they were fully realised for their benefits and healing properties. They have, in recent years, become one of the most popular medicinal crystals, and as such their prices have dropped substantially. On average a chevron amethyst crystal will cost slightly more than a common amethyst. One could most likely pick up the purple stone for around £35.

What is the Difference between Amethyst and Chevron Amethyst? 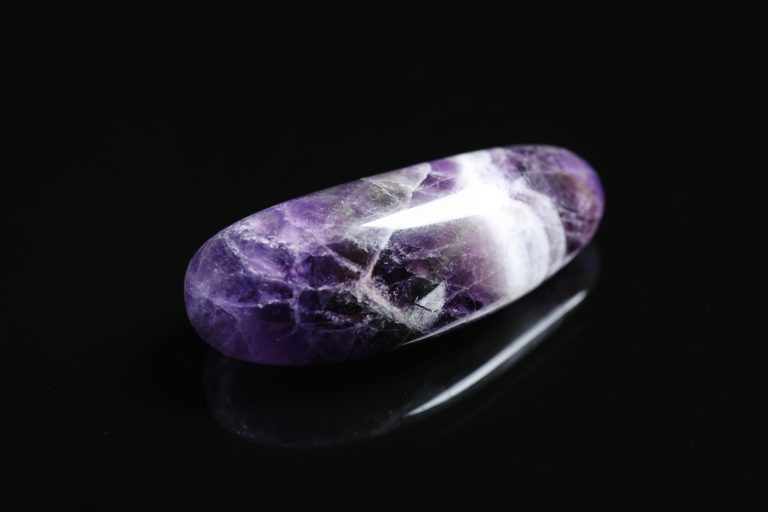 Chevron amethyst is still an amethyst and for this reason, they both share many of the same energies and vibrations and have many benefits and properties which overlap. Many of the differences which are ascribed to these two crystals come from their physical appearance. A standard amethyst is usually a strong reddish colour with no stand-out colour zoning. Chevron Amethyst, on the other hand, is a combination of white and purple which creates a unique colour that is not normally found in other crystals.

Along with its unique colour, Chevron Amethyst also contains a V, or chevron pattern, which occurs in lines across the stone. This V pattern occurs as a result of the quarts and amethyst fusion that creates chevron amethyst.