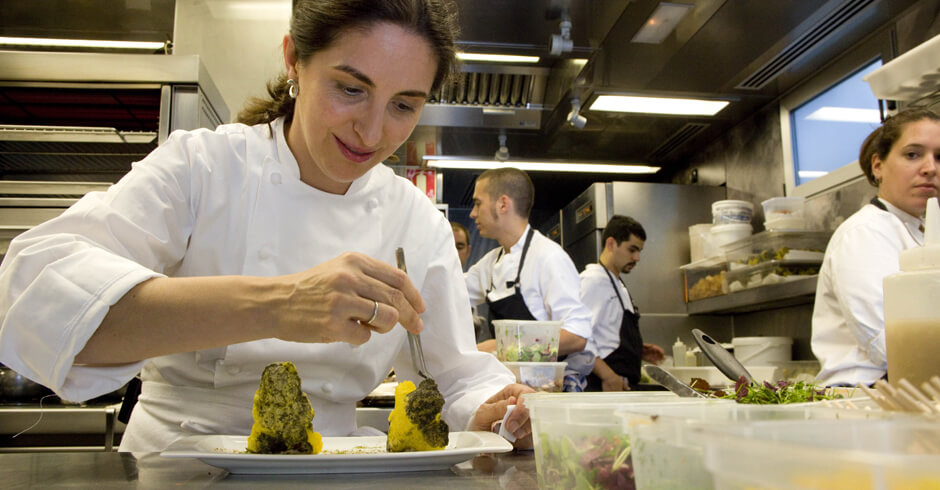 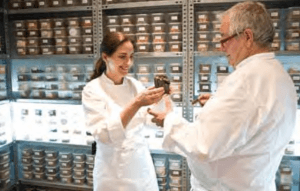 The world-famous Arzak restaurant in San Sebastian is steeped in family heritage. Arzak was started in 1897 by the grandparents and great-grandparents respectively of its current Joint Head Chefs: Juan Mari Arzak and his daughter Elena. It seems that cooking is essentially in the Arzaks’ blood. With generations of tradition shaping these two culinary masters, it is interesting to note that the food that has brought the family an array of accolades has been innovative, creative, and on the cutting edge of gastronomy. 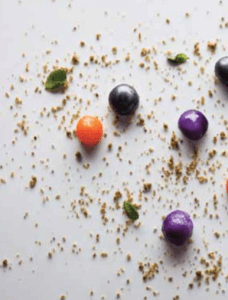 We met up with Elena in the Arzak’s newest venture: Ametsa with Arzak Instruction, located at The Halkin by COMO in London. Elena was voted World’s Best Female Chef by Veuve Clicquot in 2012, and holds three Michelin stars together with her father. We talked with her about her own career journey, and what it’s like to run restaurants in two major culinary capitals.

What is it like working so closely with your father?

Very good. My father is a very special person, and very generous. We keep things separate — father and chef. But the con dence we have in each other is complete, I know looking him in the eyes what he thinks, and he is the same with me. 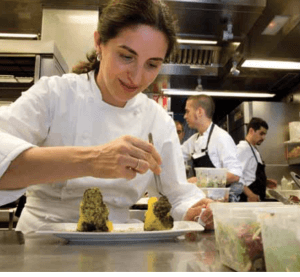 How did you get started in the family business?

Since the beginning my father told me, “Elena, if you want to cook with me I’ll ask you a favour. Either you give it 100% or please don’t do it. If you are not completely involved, because this profession means that you are 100% involved, it won’t work.” And I told him, “No problem, I am sure.” In the beginning he didn’t believe me, but after two years he noticed that I wanted it.

When I was very young he would say to me, “Elena show me what you can do!” And I cooked awful things. He knew that if he said something, I wouldn’t cook any more, but I cooked horrible things. The first plate I made with my father was when I was 19 years old. I made a salad with strings of vegetables, and with tuna. But it had an awful sauce.

“Elena, you can not eat this at all,” and so he substituted a vinaigrette. But I did not mind, because he liked the idea. It wasn’t a question of being offended; it was for the plate.

Once I said “I want to do a dessert,” I did an omelette of chocolate. An omelette with lots of chocolate, and in the middle was a streak of jelly of passion fruit. It tasted really good, but it looked so awful. My father said,“Que feo, Elena, this looks horrible! But it tastes so good! What should we do?” Then 10 days later he says,“I know! Repeat!” So I repeated it, he cut one square, put some flowers on it, a green vinaigrette, and we put it in the menu as “an ugly chocolate omelette,” because we were not sure if people would like it. Everything was like that.

What brought you to London?

My father and me, we created a company called Arzak Instructions. This company is composed of three chefs, my family and three others… we were asked to come to Halkin to start Ametsa two years ago. I did an internship in 1989 at La Gavroche, so for me, I never cut my ties to London. We are friends with Heston Blumenthal, The Ledbury, there are so many — lots of connections. We always feel we have a connection to London.

Now that you have the restaurant in London, you feel it’s different cooking in London versus in San Sebastian?

There are certain things that are very similar between London and San Sebastian. For one thing, here there is tradition and modernity. San Sebastian is also like that, but London has a more multicultural mix. It is very interesting.

The beginning is always difficult. We are not British, so we came here and we needed time to settle. For example, in the beginning, we made a long tasting menu for lunch, when in London people do not eat lunch for a long time. So now we have a shorter meal.

Also, I noticed something. Every place has its different taste. In San Sebastian we like garlic, we like parsley, we like peppers, and we like the sh not very cooked. Here, I can use more spices, more heat. In San Sebastian people are not used to it, but here I can use a lot of spice no problem.

Also in London they eat a lot of greens. If they don’t see green on the plate, they don’t like it. The raw materials here are very nice. The geography of Britain, the fish from Cornwall, the seafood from Scotland, the meat from Wiltshire, it’s very nice produce. I was happy to find that.

Where do you pull your inspiration from?

For me, I like my roots. There was a time when we did deconstruction — we took old traditional recipes, and with the same ingredients, we made something similar. But now we go further, we are more open. But still, I was born in San Sebastian, I like certain ingredients — certain avours.

There are lots of things that can give you inspiration — different forms — for example when the children make origami, I think I could do ice or chocolate with this form.

I still look in the old cook books, because in some books you can find really fantastic ideas that perhaps were forgotten. Like in a book more than 200 years old once I saw red mullet with marrow, so I made something similar. But of course in the old books the cooking times are enormous, and everything is too greasy—too much fat, nothing is very healthy. But I also find products that aren’t used much anymore. I found out in an old Indian cookbook that the Maharajas used powder of pearls to cook, so I did the same.
You need the imagination to be like a dream.

Do you have any favourite restaurants in London?

Last time I was here I ate at Dinner by Heston Blumenthal, and the experience was very nice. But really there are too many to mention!

Do you have any British guilty pleasures?

I like fish and chips if they are done well. I like Christmas pudding! When I come in November I always get Christmas pudding. It’s delicious — it’s heavy but the taste is very nice. I like black sausage, and cheesecake! Cheesecake in Britain is fantastic. 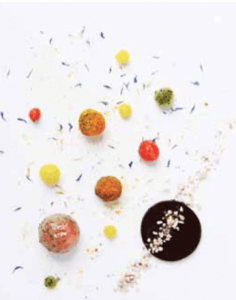 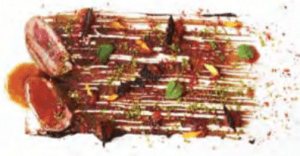 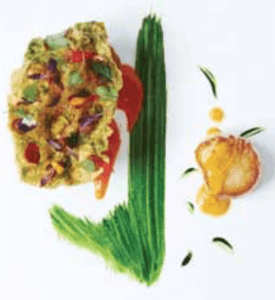 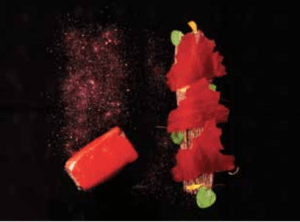 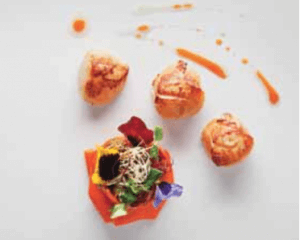 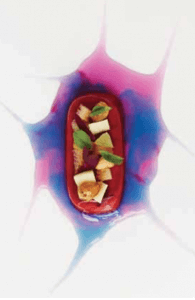 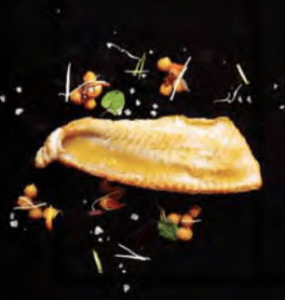 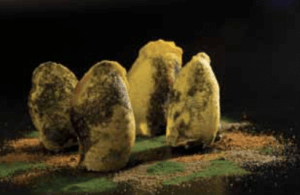 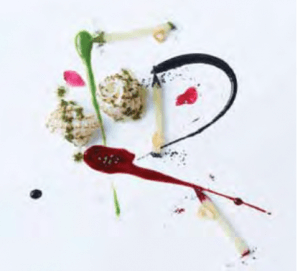