Blog » Wine, Beer & Spirits » Beer » Beers from Around the World » North American Beers » Beers of the United States » Breweries in Tennessee » The Land Of BBQ And Beer: Best Chattanooga Breweries In Tennessee 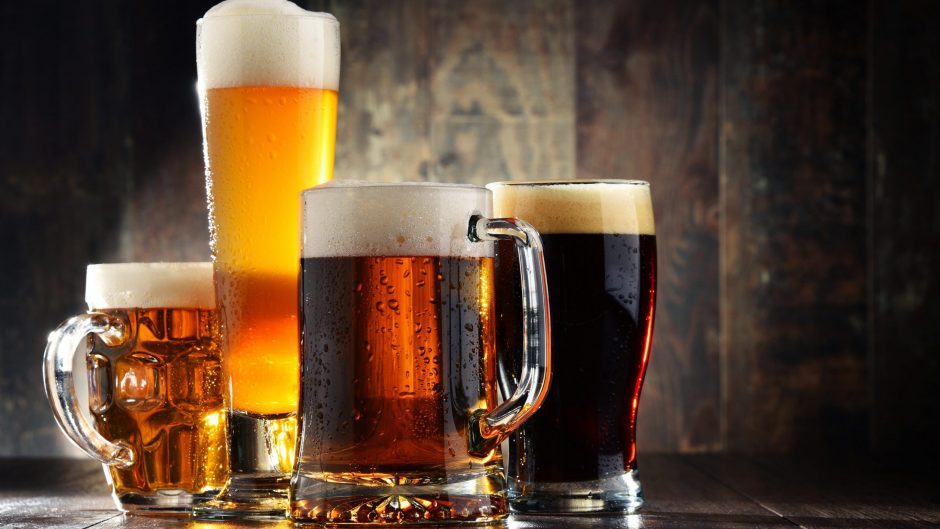 Chattanooga has been home to some of the country’s best and most well-known breweries, brewing the more traditional kinds of pale ales and pilsners.

Now with current beer industry trends in craft brewing, microbreweries are popping up all over. We’ve rounded up the best Chattanooga TN breweries for your convenience – so let’s dive in!

How Many Breweries Are In Chattanooga?

Today, this small city is home to over 11 breweries that folk from all over Tennessee come to enjoy.

What Are The Best Breweries In Chattanooga?

Do you love enjoying your beer in a building filled with history? Are you a fan of pastry stouts? Then the Naked brewing company is the place for you. Situated in an old railway manufacturing building, this rustic industrial style craft brewery has made a name for itself with its iconic moon pie beer. They crush Moon pies into the mix, giving the stout a delicious chocolatey dessert flavour that is a must-try.

If the enticement of a chocolate style stout isn’t enough, there’s also a full spread menu offering all kinds of classic Tennessee BBQ. You’ll be able to check out the menu of their website, and you’ll also notice the amazing specials on offer. Accompany this with live music on a Friday night, and you’ve got yourself a night in Tennessee heaven.

If you’re looking for a brewery that’s swanky and cuts to chase with their traditional beers done well, then you’ll love the sophisticated ambience of the Odd Story Brewing company. The industrial interiors decorated with lush plants and twinkly fairy lights make for an atmosphere perfect for enjoying their classic crafts.

Locals come here to enjoy the no-fuss menu, which features a choice of either hop forward or malt-forward lagers. Then there are their European style beers; ales, Belgian beer and sours. You won’t have to feel overwhelmed and intimated here, and you’ll know whatever you get will be simply delicious. Pair it was a classic beer snack on offer like pretzel and pizza and have yourself a perfect evening.

Hutton and Smith is not only a sanctuary for some locally crafted IPAs but also a pet-friendly haven. This hiking themed brewery offers some deliciously rugged and to-the-point brews, all while enjoyed in a setting where you can hang with your furry friends. They’re often brewing up some crazy concoctions to offer something different on a weekly basis, but the house favourites are always on offer, such as the Basecamp blonde ale or Tremont’s Tectonic IPA.

What Is The Oldest Brewery In Chattanooga?

The Chattanooga Brewing company has been around for over a century. It all began in 1890 when this famous brewery started its journey in making German-style beer. A good majority of the nation’s German-style beer came straight from the taps of the Chattanooga brewery and was enjoyed and loved by many Americans.

Like many century-old breweries, their story was abruptly put on hold during the prohibition of the 1920s, and it took a while for it to be revived again. Fast forward to the 90s, 100 years after their first opening, and the doors open to beer-loving customers once again. In keeping with their German roots, you’ll see all the familiar styles here in addition to some unique weekly brews to keep things interesting.

Don’t forget to give the menu a browse to go with those thirst-quenching brews, as the Chattanooga brewery also has some amazing food on offer. Try their famous burgers or indulge in classic beer snacks like nachos or pretzels with a moreish cheesy dipping sauce.

What Are The Major Beer Events Or Festivals In Chattanooga?

Chattanooga is not only known for its incredible BBQ, fantastic range of beer and friendliest locals, but it also has a thriving hiking and mountain climbing culture. The mountainscapes welcome many tourists and locals to fawn over the site and what better way to do so than with a beer in hand? The Hike, Bike, Brew festival offers exactly that.

This annual event is enjoyed by many locals and has become an enticing tourist attraction. Enjoy the sunnier months of the Tennessee spring season, bring your bike, your hiking gear, and your dog and come and quench your thirst in the mountains and forests. All the proceeds go to the preservation of the Lula Lake trails so there’s another good reason to support it.

Then there’s the notorious Chattanooga annual beer fest. Brought to Chattanooga by the Tennessee Brew Works brewery, this festival is all about local music and good beer. There are food vendors and a number of participating breweries to choose from. Sit under the Tennessee stars and enjoy the music and beer of Chattanooga.

What Brewery In Chattanooga Has The Best Food?

Tennessee breweries aren’t just about great American beer, they’re also a great place to find authentic southern BBQ. Find slow-cooked ribs, brisket and all the best sides at a majority of the breweries mentioned, especially at the Naked Brewing Company. Customers are pleasantly surprised to find some fantastic slow-cooked delights to go with their beer at this joint.

If you’re looking for something that pays homage to the German roots of the Tennessee beer industry, try Brewhaus. Many customers have said it’s incredibly authentic and tastier than some of the food you might find in German pubs. A lot of the food incorporates their house brews into the dishes, so you’ll find some interesting treats you may have never tried before.

Skip the crowds of the Nashville festivals and BBQs and try a place that’s just as authentically Southern. The Chattanooga TN breweries are the ones to watch when it comes to their status in the American brewing scene. The Chattanooga breweries remain authentic and unique to their city, and don’t try to be something their not, because why would they?

In Chattanooga, what you see is what you get. With extraordinary mountain ranges, laid back locals, the best BBQ you’ll ever have in your life, and some fantastic locally crafted beer to go with it, this place is a beer lover heaven. So, don’t forget about this city next time you’re on a tour of Tennessee’s booming beer world.