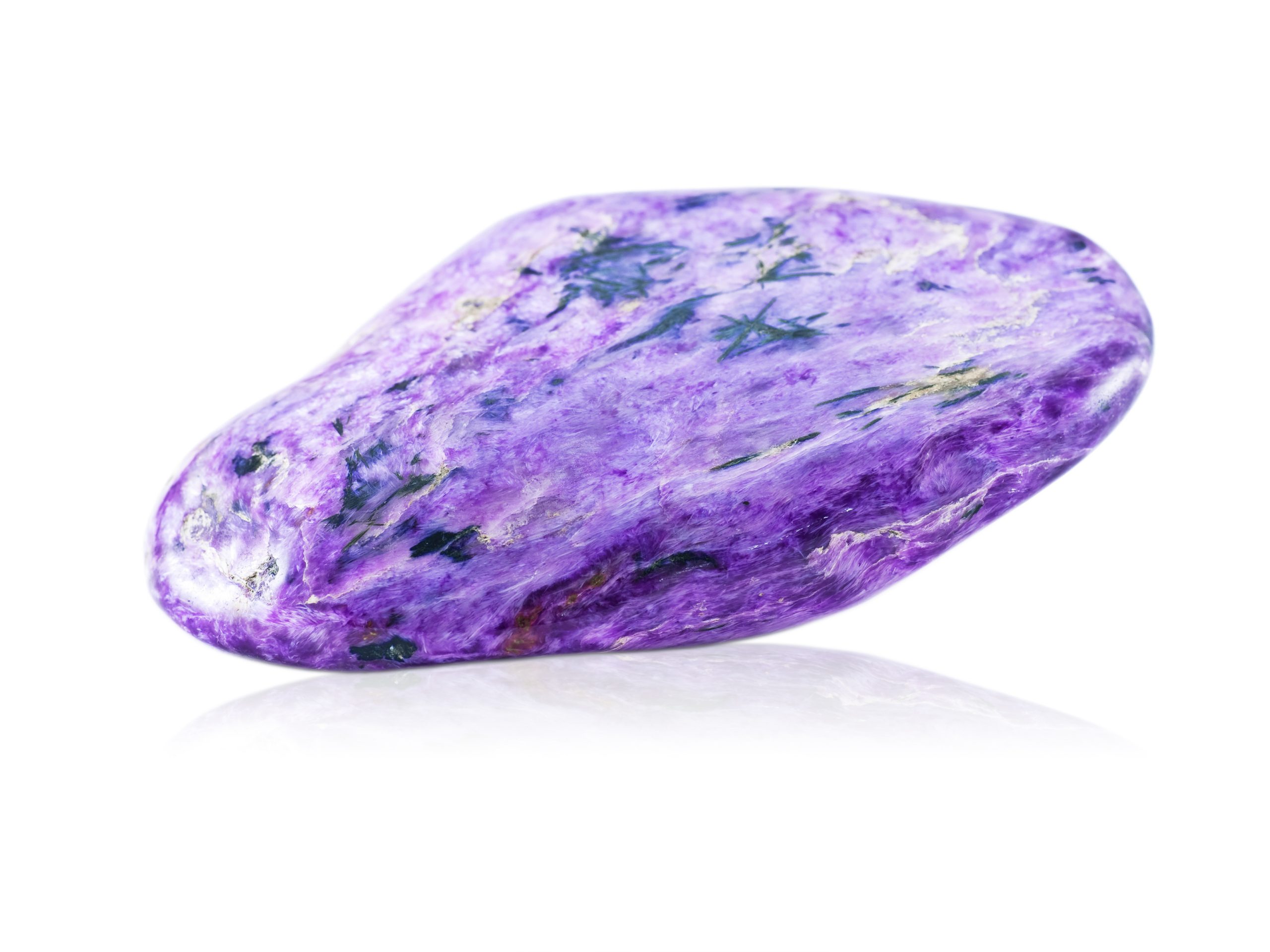 People are often unaware of the healing properties of gemstones, which results in missing all the benefits they offer. Each stone has its own traits, and charoite, one of the rarer minerals, is no exception. 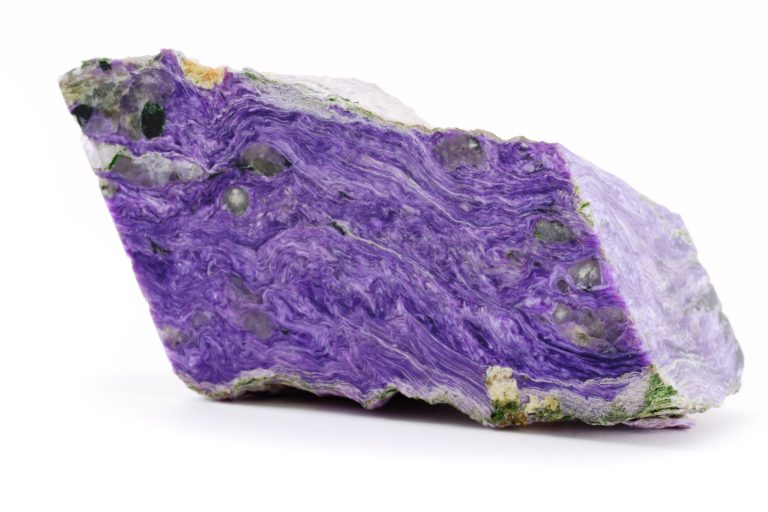 Charoite is an extremely rare stone found only in Siberia, Russia – and there, only in the Republic of Sakha (also known as Yakutia). It is a silicate mineral, meaning that it is composed of silicate groups containing silicon and oxygen atoms.

Typically vibrant purple in color, charoite has also been called lilac stone and charoite jade. Some stones are of a warmer, pink hue, but all display characteristic swirling patterns of white, black, brown or orange.

What Is The Meaning Of Charoite?

The word “charoite” is thought by some to be linked to the Chara River in Eastern Siberia, Russia, which flows through regions around 70km away from where the stone was originally discovered. Others believe that it is derived from chary, the Russian word for magic, due to its enchanting, shimmering appearance.

Benefits And Healing Properties Of Charoite

Charoite is understood to have a number of metaphysical properties, including the ability to transform negative feelings into positive deeds and having healing attributes. People often use the stone to facilitate some sort of transformation in their lives and to awaken qualities such as spiritual strength, courage and self-confidence.

The healing powers of charoite can be experienced both mentally and physically. In today’s world, almost all of us are constantly bombarded with demands and responsibilities, leaving little time for self-care and reflection. If you’re looking for something to help you reignite your positive energy, charoite could be just the thing. It has many more restorative powers for your emotional and mental state, including:

The area where charoite was first discovered has borne many hardships and continues to experience some of the most severe weather extremes on Earth. The purple stone has also become a symbol of comfort and endurance in the face of those trials, with many people using it to help prevent spiritual fatigue and burnout.

Charoite is also a powerful tool for cleansing your chakras, especially the higher ones, such as the heart, third eye and crown chakras. Removing blockages from those particular energy points is what opens us up to healing and receiving positive energy. When it comes to the third eye chakra, charoite can help you be open to wisdom, while the crown chakra boosts your connection to others and the universe.

In addition to these properties, this remarkable stone can be used when people want to adjust to higher frequency vibrations and become more grounded.

How To Use Charoite? 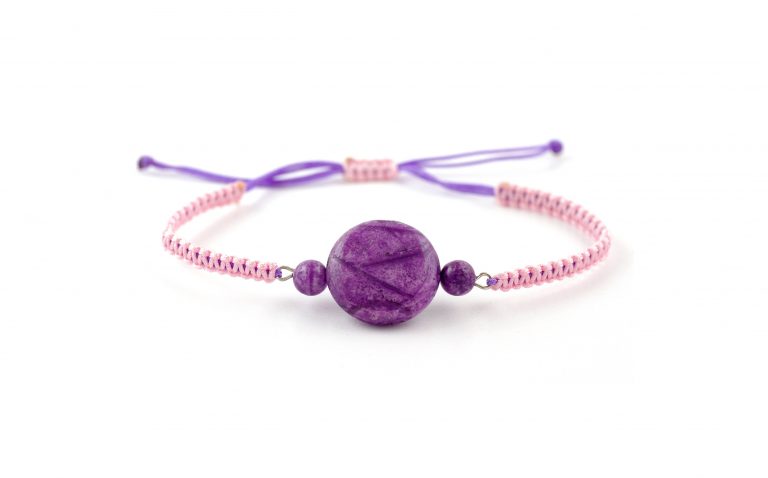 Many people remain sceptical about the healing properties of gemstones, but those who have experienced their restorative powers have certain knowledge that using them correctly has many positive results. As with many things, using charoite as a healing tool looks very different to different people. There is no right or wrong way to incorporate this stone into your psychic existence, but for people who are unsure, we have some tips:

Charoite is one of the most beautiful purple gemstones, making it an excellent choice for necklaces and earrings.

If you’re looking for more specific ways to use charoite, there are many different rituals that you can perform, which can direct the stone’s healing properties towards something particularly important in your life at that time.

Setting an intention is a common practice when using gemstones for restoration and self-soothing. To do this, all you need is a charoite stone and somewhere quiet where you won’t be disturbed. There are various methods of setting an intention, but most of them involve holding the gemstone and meditating while focusing your mind on the problematic area you wish to heal.

How To Cleanse And Care For Charoite?

Cleansing gemstones with healing properties is a little more involved than your usual cleaning process. Rinsing your charoite stone with clean, running water is a must, but caring for it properly also involves actions that recharge them.

Other than rinsing your charoite, cleansing can be performed by holding your stone in incense smoke, leaving it in direct sunlight or moonlight, submerging it in salt water and chanting.

Physically, charoite is classed as a soft stone, which means that it is easily scratched and damaged. This should be remembered when wearing charoite as jewelry – make sure that it is protected against friction or scrapes against hard surfaces. Its relative fragility makes it vulnerable to harsh temperatures, so only use cool or tepid water for rinsing – never boiling water.

How Can You Tell If Charoite Is Real?

Charoite is extremely rare and very expensive as a result. This has resulted in many unscrupulous people trying to sell fake charoite stones in the hopes of getting rich quick. True charoite originates exclusively from the Yakutia region in Siberia, Russia. Some fraudsters, however, are attempting to convince consumers of the existence of another type of charoite called “Chinese charoite”. These fake stones are in fact Chinese fluorite: a far more common mineral that is obviously cheaper than true charoite.

The best way to ensure that the charoite you purchase is real is to buy only from a reputable dealer, but there are a few giveaways when telling a genuine from a fake. Some obvious marks of true charoite include:

Apart from looking for these markers, you can verify the authenticity of charoite using a UV light.

Why Is Charoite So Expensive?

Considering how rare true charoite is, its cost is relatively affordable. When purchasing charoite stones it’s important to check their authenticity, however – scam artists are all too ready to pass off cheaper minerals as the real thing. The fact that it is found in only one region in the world makes it a desirable substance that is hard to come by. Its availability can be limited depending on export restrictions from Russia.

How Can You Tell The Difference Between Charoite And Sugilite? 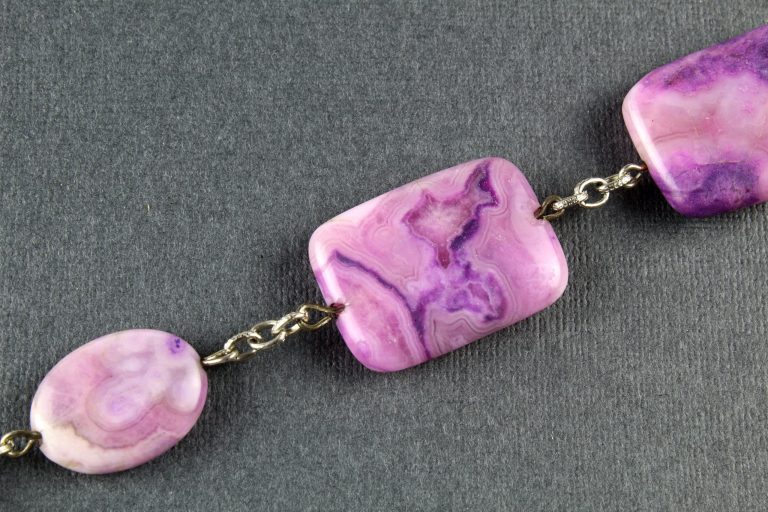 Sugilite is probably the only gemstone that could be mistaken for charoite – more so than “Chinese charoite”, even. It comes in a similar purple color but does show a few distinct differences. While charoite always contains delicate swirls of different colors, sugilite’s appearance is usually more uniform. The two stones also exhibit different types of lustre:

Charoite is both a dazzling and valuable stone that can delight aesthetically and facilitate physical and emotional healing for those who use it. Its beauty is spellbinding and leaves no doubt about its restorative properties.