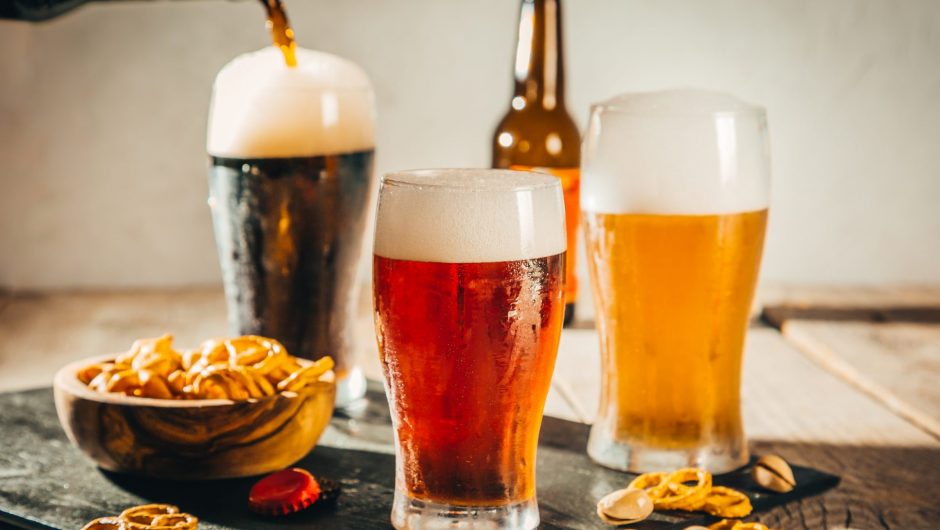 The Charlotte beer industry has seen significant growth over the past couple of years. With the brewery numbers peaking at nearly 50 in this city, it’s a testament that the locals truly enjoy a good craft beer.

Want to join them? Here’s a list of some of the long-standing and new breweries in Charlotte NC.

But before we dive in, check out the local beer festivals that put this part of North Carolina on the map!

Charlotte Brewfest is a festival for everyone who is a fan of sampling beers from local, regional, and national brewers. Live music performances can be expected with a number of food vendors. For those who enjoy playing games and other similar activities, entertainment will be galore. The festival is held just in time to celebrate the spring and is also an opportunity to give back by supporting local charities.

Untapped has decided to diversify and host its festival in Charlotte. The 2nd annual Untapped Beer Festival will showcase the wide-ranging culture of the breweries in Charlotte while highlighting the established and emerging bands in their music scene. The festival provides the best music to avid beer drinkers and also introduces them to new and exciting craft beers.

The 10 Best Breweries in Charlotte

Drink to try: Bang Bang which is a hazy IPA

Armored Cow’s taproom is passionate about great tasting beer and cultivating a welcoming environment for guests. This is one of the top breweries in Charlotte NC that’s family-friendly and it strives to offer a place where everyone can drink and have fun. They offer many beverages from beers to ciders, kombucha, non-alcoholic drinks and wines.

Blue Blaze Brewing is a brewery that offers fresh, full-flavoured, and locally produced beers using the freshest ingredients. This family-owned business has been in operation since 2016 and focuses on providing its customers with more than just craft beers. They also aim to offer outdoor recreational activities ranging from hiking to backpacking.

Husband and wife Chris and Tara Goulet both left their corporate grinds behind to embark on a new business opportunity in brewing. Since 2010, Birdsong was opened and has since managed to provide its neighbourhood with a brewery where everyone can stop by to grab a pint, or take home a growler of freshly produced, unfiltered American-style ales.

Catawba Brewing’s name derives from the Catawba River. The river is formed where the Pyatt boys grew up and winds down through Morganton where their production brewery is located. Catawba prides itself in producing drinkable flagship beers of the highest quality. The brewery’s patio is huge and its breath-taking skyline views make it a must to visit during the weekends.

D9 Brewery has locations in lake Norman and Hendersonville, and recently opened a new spot in Uptown and will soon unveil an outdoor pavilion with a brewing area, a large screen to watch games, and a stage for live musical performances. In 2018, the brewery won a bronze medal for Brewers Day OFF in the Gose category. D9 Brewery has a weekly food truck line-up that they continuously update and can be viewed on their social media platforms.

Drink to try: Castles in The Sky, IPA

Devil’s Logic is a perfect place to enjoy a couple of craft beers in Midtown, with two patios that offer splendid views of the city and an even better view for people-watching. The brewery is suitable for beer novices and veterans alike with 13 beers on tap, and a wide selection of ciders, cold brew coffee and kombucha. They have a restaurant that is run by Paper Plane called The Hanger, offering a full menu ranging from small bites to filling meals.

Divine Barrel is an award-winning brewery located in the vibrant NoDa neighbourhood of Charlotte. They experiment with modern brewing techniques, styles, and vibrant flavour combinations. Divine’s rustic and industrial-style taproom prides itself on fun takes on the classics.

Drink to try: Cream of the Crop, cream ale

Free Range brewing opened in 2015 and as its name suggests, they use locally sourced ingredients to brew their beers. The family business is made up of Jeff, Jason, Brittany and Alexander who were raised in North Carolina. Free Range’s cosy taproom is situated across the parking lot from Amelie’s in Villa Heights. Regular live musical performances can be expected with an occasional market and of course, dynamic styles of beers.

Heist is one of the original breweries in Charlotte NC and has two locations, the first is Heist Brewpub in NoDa and the second is Heist Brewery & Barrel Arts near Camp North End. The brewery’s taproom has a covered beer garden, bakeshop, two event spaces, and a separate area for their barrel-ageing program. When you walk in, look out for their floor-to-ceiling mural of Clint Eastwood. Do try their brunch buffet, which is typically accompanied by a doughnut tower.

Charlotte is a city that was once associated with NASCAR. But now, their craft beer scene is making a name for itself. When in this part of the world do yourself a favour. Pop in at any of these Charlotte breweries and grab yourself a beer!