Blog » Food, Drinks and More » Coffee » About Coffee » Coffee Around the World » Learn All About Cameroon Coffee 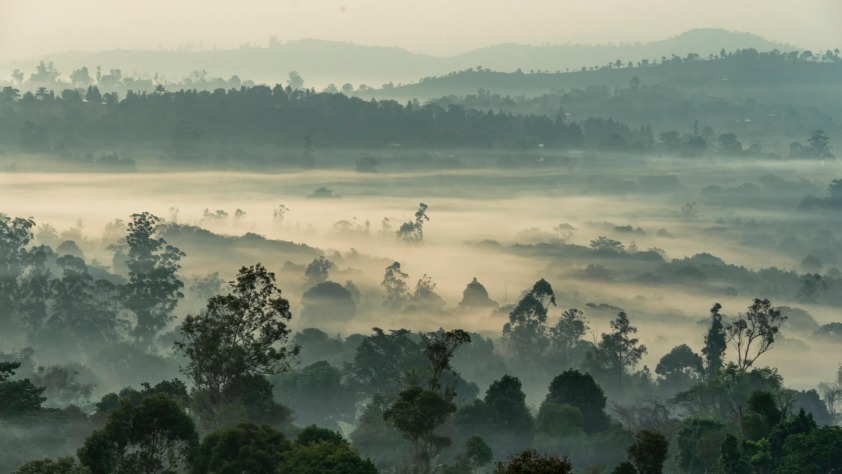 Cameroon, located in Central Africa, is often described as “Africa in miniature”. This is because the nation is culturally and geographically diverse. While it has its fair share of incredible beaches and rainforests, Cameroon also boasts sprawling deserts and savannahs, all of which have created excellent conditions for the production of coffee.

What Is The History Of Cameroon Coffee?

As is the case with most coffee-producing countries, the history of Cameroon coffee began with outside influence. Beginning in 1884, German colonizers came to Cameroon and realised that the country’s climate and geography were both ideal for farming coffee beans, so they started encouraging the practice.

It wasn’t long after that the coffee industry began to flourish. This success was further amplified when coffee harvesting made its way to the country’s western regions in the latter part of the 1920s. In 1928, roughly 200,000 coffee seedlings were planted in Dschang, a western city, under the watchful eye of Rene Coste, who was a famed agricultural engineer. Coste’s expertise, coupled with the spread of coffee plants throughout the country, greatly increased the country’s coffee production and began to cement the country as a major producer for several decades.

It was in 1990 when production peaked. At this stage, the country was the 12th largest producer of coffee beans. However, since then, a combination of a worldwide recession and governmental interference resulted in a crippling effect on Cameroon’s coffee industry. Today still, the country has not fully recovered, and currently sits in the 21st spot among the world’s largest coffee-producing countries.

Learn All About Haitian Coffee

How Much Coffee Is Produced Per Year?

Production happens in seven regions of the country, which include the West, Northwest, Littoral, South, Southwest, Centre, and East regions. Production has been placed predominantly under the responsibility of MINADER, which stands for the Ministries of Agriculture and Rural Development, as well as MINRESI, which stands for Scientific Research and Innovations. Under the two of these ministries, various projects to boost coffee production have been implemented.

Kinds Of Coffee Grown In Cameroon

There are three distinctive types of coffee grown in Cameroon. In the more coastal regions of the country, Robusta coffee is grown. Then, in the Western Highlands, Arabica coffee beans are grown. However, something that has given Cameroon coffee an edge over other kinds of coffee has certainly been something of a secret weapon. It’s called Cameroon Boyo coffee, and it is grown by just a handful of farmers in the country.

What Is Cameroon Boyo Coffee?

Cameroon Boyo Coffee is a brand that’s made up of a group of small-scale farmers from the country’s Boyo region, located in the Northwest. This group was founded by Matto Foncha, who set out to help these farmers develop positive business practices that were designed to help them overcome the poverty that they were living in.

Robusta coffee, which is used as a base for blended coffees, carries a full-bodied, nutty taste that has earthy tasting notes. Arabica has a much more delicate and complex flavour that can best be described as fruity and floral, with a high level of acidity.

Boyo coffee, on the other hand, carries a flavour unlike any other, with hints of cranberries and dark chocolate pieces.

Is The Coffee In Cameroon Good?

When it comes to coffee from around the world, Cameroon’s is considered to be very good. While the Robusta is perfect for blends, and Arabica is great as is, Boyo coffee is something that is truly unique to the country.

How Do Cameroonians Prepare Coffee?

Most coffee is prepared as a pour-over, to which drinkers can then add milk or sugar if they so wish.

The Best Brands to Try