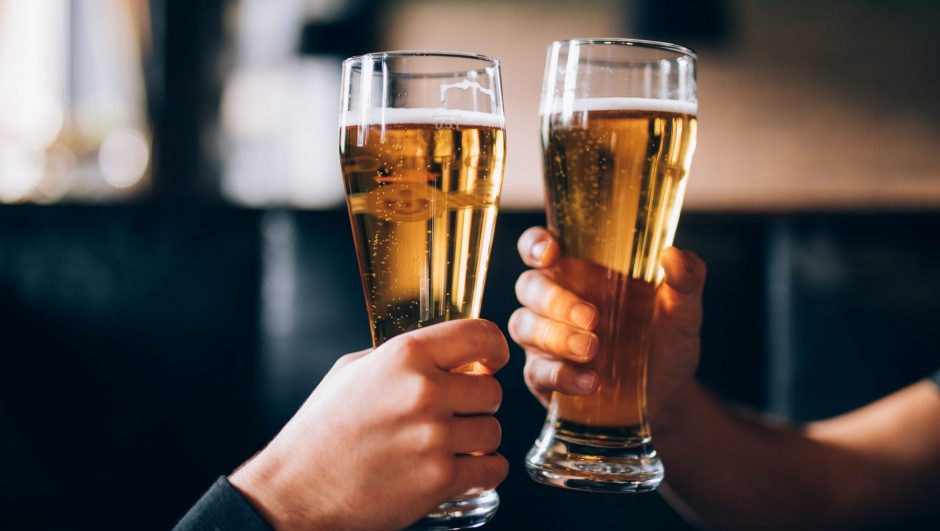 Boston and beer go hand in hand, and the breweries in this town have become masters in the craft. The birthplace of New England IPA, and a pioneer for the American lager style, now leading the country into the pursuit of craft beer, Boston breweries are considered the big brothers of the American beer industry.

How Many Breweries Are In Boston? 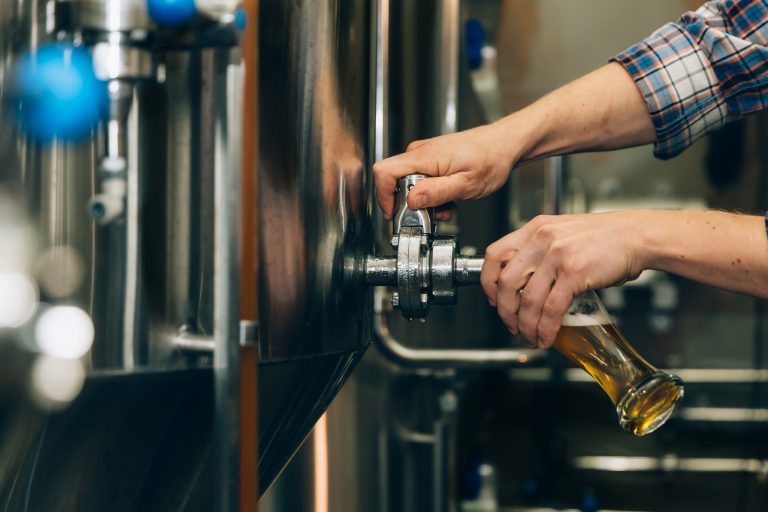 Boston is home to over a hundred breweries, yes you read that right, and there’s no sign of them slowing down anytime soon. After all, they are just catering to their locals. You may have heard of the incredible educational facilities in this town, and what do college students love the most? Beer!

What Are The Best Breweries In Boston?

The Astronaut brewery in Sommerville and Everett Canary is one of those home away from home places where locals love to spend every free moment. There’s every kind of event you can imagine being hosted at their locations, from book readings to trivia, to local jazz nights, there’s always a buzz in the air and not just in the beer.

The Astronaut brewery is all about supporting the community, and it’s evident at their locations. It may be the best place to really get a taste of Boston life. Their light beers like New England IPAs and uniquely crafted sour beers go perfectly with the Venesualian food that is provided on-site, or you can pair it with food from a local joint nearby, you’re more than welcome to.

Castle Island brewery is one of those all-rounder places where you really just can’t go wrong. The atmosphere at either one of their three taprooms is laid back and casual, yet the food and beer are anything but. Their beer has won awards and their food is fun and satisfying, and together they make for a perfect experience.

They describe themselves as “professional party animals and purveyors of positive vibes”. So if you’re looking for a good time, the Castle Island Brewery is the place to be. Choose between their locations in Norwood or South Boston, and be prepared for an energetic, fun-loving, and beer-enthusiastic environment.

Not many beer lovers stop to think about the main ingredient in the brew they are enjoying. Water is the fundamental core of all beers, and depending on the area in which the beer was brewed, the water source used to make it plays a big role in the taste. The Bent Water Brewing Company pays homage to the superior water quality of Lynn in Greater Boston and takes great pride in the final product.

Bent Water has become one of the biggest breweries in Massachusetts and has plans to expand on a regional level. During lockdown and the closure of all bars and taprooms, they ended up expanding their brewery and doubling their production to be able to keep up with the retail market.

Thankfully, their taproom has been able to reopen over the last year, and following a strict protocol, the fans that supported them are able to come to the brewery and taproom for a tour and enjoyment of their fine crafts. As with every Boston brewery, the New England IPA is a must-try, but Bent Water also has a wide variety of brews, so try as many as you can!

The Democracy Brewing Company is a smaller brewery in downtown Boston that is fairly new to the game but is making big waves in the beer industry. They started with a philosophy to prioritize the needs and opinions of every employee, to ensure the space has a sense of community and inclusivity.

The aptly named “Worker’s pint” is the crowd favourite, served in an old-style growler can with a handwritten label. The attention to detail here is unlike anywhere else, and the positive reinforcement is felt in everything they serve. The food menu is also worth looking at, as the food is prepared with seasonal ingredients and is updated accordingly. This place is the definition of “service with a smile”.

At Dorchester Brewing Company the entertainment is just as important as the brilliantly creative beer they have brewing. Have you ever seen an arcade inside a taproom? Well, you will when you go give Dorchester a visit. Bring the whole family, enjoy beer and games and tuck into the wide variety of food they have in offer.

Another great feature of the Dorchester brewery is the “hopservatory”. A greenhouse-style rooftop that overlooks a view of the Boston skyline, where you can sit on the outdoor patio and take in the gorgeous scenery. This is also a great place for an event, as it holds a reasonable capacity or a great place for a romantic dinner where you can have all kinds of top quality meals.

Can’t decide between a beer or a cocktail? Why not have both! When enjoying a brew from the Springdale brewery, you’ll be able to enjoy the hoppy flavours of a delicious beer, in combination with the classic refreshing fruity cocktails we know and love. The cocktail-inspired range from Springdale Brewery offers flavours ranging from a grapefruit Paloma to a citrusy negroni.

The Springdale brews are uniquely delicious as they opt for a barrel-aged method as opposed to the usual kettle fermentation. Their barrel room is open to the public for seating and beer enjoyment, along with games and live entertainment. Feel free to also book the space for private events and tastings. You’re also welcome to bring your own food from your choice of the local restaurants nearby, so you can sit and enjoy the barrel room for hours.

What Boston Breweries Have The Best Food? 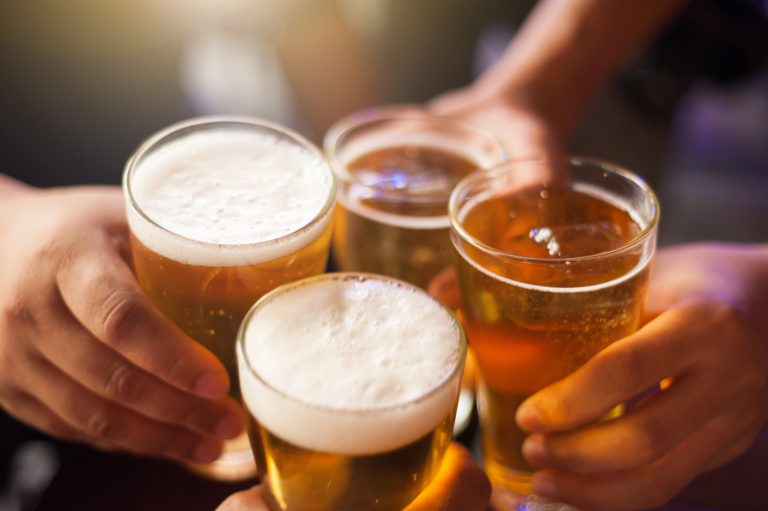 The great thing about the majority of these breweries is that they love their food just as much as their beer. Many of the above mentioned boast an extensive menu and impressive kitchen, while others urge you to support the local restaurants nearby where you’re sure to find something delectable to go with their beers.

The Cambridge brewing company situated just outside of Boston is one of those breweries that match the flavours of their meals to their beers. Chef Dave cooks up a storm every week, and the menu is constantly adapting to the seasonal ingredients available and the brew of the week. Find dishes like a refined version of corned beef stew, a Thai noodle bowl, or a Miso roasted salmon.

The Brato Brewhouse in Brighton is another foodie haven that cannot be missed. Check their socials for food and beer pairings of the week. They’re constantly switching it up and doing something insanely delicious. Like their Miso ribs with red chile and citrus cucumber on a toasted bun and paired with their traditional German-style Bock beer. It doesn’t get more mouth-watering than that!

What Is The Oldest Brewery In Boston?

You can’t talk about Boston Breweries without mentioning the iconic Samuel Adams brewery. A Sam Adams is the epitome of Boston and American pride, and the name stands to be recognizable all over the country. They’ve been brewing their classic American style lagers for over 40 years, and have since introduced a range of “wicked” brews with unique flavours.

What Beer Is Boston Known For?

Although Boston may be known as an old fashioned town with a lot of history, the beer scene has actually been known to be the pioneer of the craft brewing industry. When you go anywhere in Massachusetts, you’re going to want to try a New England IPA, and the best place to find one in Boston is the Trillium brewing company. Take it from the locals, this is the best of the iconic Boston brew.

What Are The Major Beer Events Or Festivals In Boston?

The Power Beer Fest is a much-anticipated event to help raise funds in support of local craft breweries. All the breweries you’ll want to see are participating in addition to a wide range of food trucks and some live entertainment. All the proceeds go back to the beer industry, to ensure their continuation and cement their importance in the Boston community.

Almost all the breweries in the Boston area are inclined to host a variety of beer-related events. There are trivia nights, bands, games, tastings and private events on weekends. You’ll never get bored at any one of these Boston breweries because the only thing a Bostoner loves more than beer is a party.

Boston Breweries Set To Bounce Back

The lockdown restrictions of 2021 resulted in the closure and restructuring of many Boston breweries and their taproom. Sales were predicted to drop and stay that way for years to come, but the numbers have begun to look more optimistic than presumed.

Although the effects were definitely felt, and events like the Power Beer Fest are intended to help out with any losses, the breweries that were open before are continuing to succeed post-pandemic. Sales for beer to enjoy at home have remained the same, and taprooms are now looking as lively as ever, so the Boston breweries are looking to the coming years with high “hops.”