Blog » Wine, Beer & Spirits » Beer » Beers from Around the World » European Beers » German Beers » What is Bock Beer – A Beer Lover’s Guide To A Medieval Brew 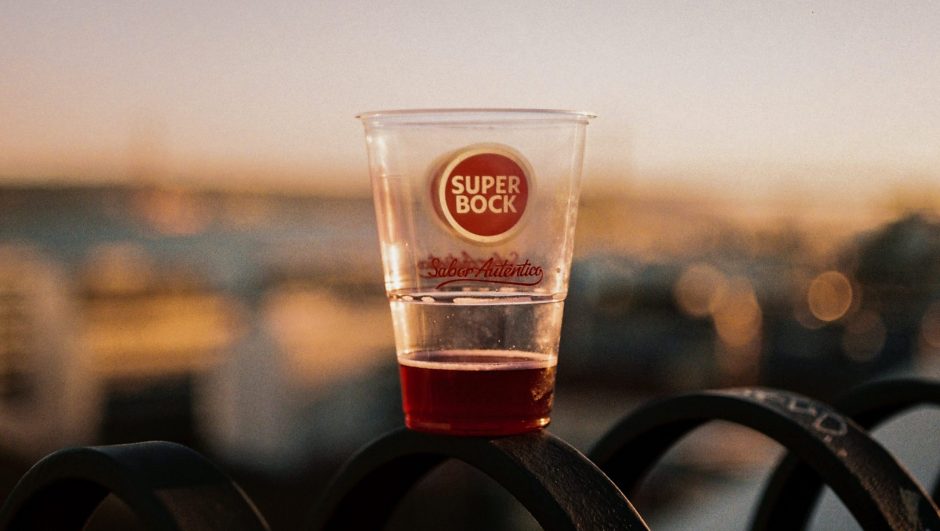 Ever heard of bock beer? Here’s a rundown on everything you need to know about it, and why it may become your new go-to drink!

What is The History of Bock Beer? 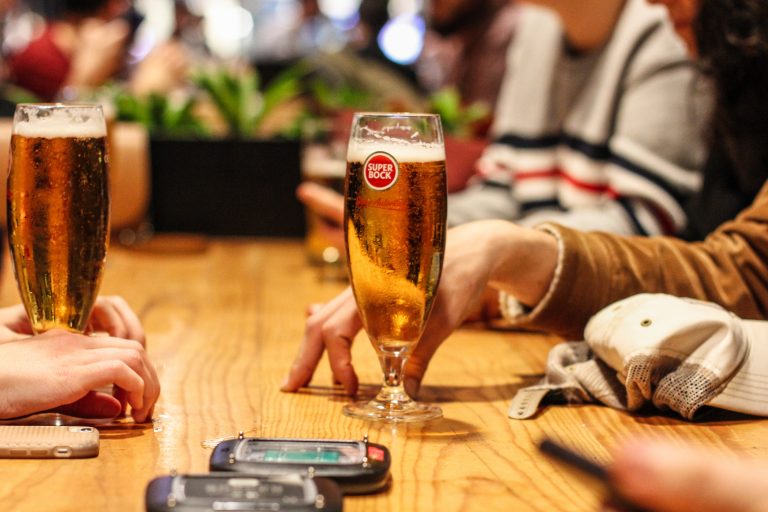 Germans have been brewing Bock beer since medieval times, around the 1400s. Monks would enjoy this beer during lent and periods of fasting and drink it to symbolize better times ahead. That’s why the Bock beer is seen as a comforting drink, usually enjoyed in the winter or spring months.

It all started in the small German town of Einbeck, and the methods later migrated to Munich where it started to be mass-produced for all the beer lovers of the time. The Munich dialect could be one of the reasons for the name “Bock”, as some believe it’s a mispronounced version of the town of origin’s name “Einbeck”. Or a funnier theory suggests it simply refers to the “kick of the goat”, as that is what it’ll feel like after enjoying a few too many.

What Is Bock Beer?

This German beer is defined by its strong flavour and distinctively dark colour and strong alcohol content. It has many subcategories, and it can either be brewed as a Lager or an Ale, depending on if it was brewed using only barley malt (most bock beer, lager) or if wheat malt is added (Weizenbock, ale).

The complex bock beer flavour pays homage to its intricate background, it has centuries on many other beers, giving it plenty of time to develop into something truly unique and delicious.

The Different Styles Of Bock Beer

There’s a bock for every occasion, and the three main ones you’ll probably hear beer fanatics talking about are Doppelbock, Weizenbock, Eisbock, Dunkle’s bock, Maibock or Helles bock. Doppelbock, or as the monks used to call it “liquid bread”, is the original and the most popular variation. It’s strong and hearty, with notes of dark bread, chocolate and fruit, a perfect drink to cosy up with.

The Weizenbock is a Doppelbock that’s been partially brewed with wheat, turning it from a lager to ale. It gives off notes of boozy spiced banana bread and is a lighter more refreshing drink for the spring. Another May time favourite is the Maibock or Helles Bock, a lighter fresher version with a noticeably restrained hop presence. An Eisbock is the rarest style of bock beer. The process involves freezing the water out of the doppelbock in order to increase the alcohol contents, resulting in a much stronger drink.

Dunkles bock is the most direct evolutionary product that hasn’t strayed too far from the original recipe the monks used. This style definitely has the richest malt flavour out of the lot, and is delectably darker brown in colour, paying homage to the traditional beer styles. Notes of caramel, toast and chocolate can be detected. This one isn’t commonly found outside of Germany unless you find it at the more artisanal breweries of the US and UK.

Technically, bock beer is considered a lager, as it’s brewed the same way. Lagers are defined by being brewed from bottom-fermenting yeast, as the yeast used to sink to the bottom of the barrel instead of rising to the top. The name “lager” is derived from the German word “largen” meaning “to store”.

A bock beer may just appear slightly darker than your average lager and have a stronger flavour, due to the storing time and the malt used. However, a Weizenbock uses a slightly different method and is considered an ale, giving it a much lighter crisper taste.

How Popular Is Bock Beer, And Who Drinks It The Most?

Although the US has a fair fan base of bock beers, Germany still takes the prize as the beer’s biggest buyer. The traditional brewing style still stands the test of time and proves to be a crowd-pleaser.

Although Americans come at a close second, not surprising seeing as though the beer culture in the US was introduced by German immigrants teaching the ways of their Lager brewing methods. In the mainstream market, the name ‘Bock” beer might not be familiar to many beer drinkers, but the Lager brewing method will ring a bell and stands to be the most popular choice of beer worldwide.

The taste of Bock beer has been acutely described by Eater Magazine as a “smooth drinking well balanced brew”. This is thanks to the long fermentation time, aged in cold winters for months. This is another suspected way this beer got its name. As it’s distinctly brewed in the winter, the astrological time of “Capricorn”, the name Bock could be linked to the zodiac sign’s symbolic animal, the billy goat (“bock”, in German). Either that or the mispronunciation of “Einbeck”, the town it originated from, but the latter sounds more interesting!

The taste of the will depend on the type of Bock you’re drinking, but you are likely to taste a nutty, malty flavour in all with a very low amount of hoppy-ness. Bock beer can be distinctively much stronger than your regular beers, with an ABV of 6.5 %, almost double what you’ll find in your average light beers, so remember to enjoy with restraint!

A traditional Bock beer should be served in a traditional glass, such as a tulip. This glass is designed to capture the head of the beer, promoting the experience of taking in the aromas. The stem encourages you to swirl the beer, another sensory pleasure to enjoy. Guaranteed you’ll look like a true beer fan with this glass, and you’ll never want to drink out of a shaker glass again.

The Breweries Brewing The Most Bock Beer

The bock beer brewing craft has become somewhat of the alternative method when up against your average lagers, which is why it is so unique in flavour and appearance. However, this means that not many breweries have taken up the challenge to appeal to the mainstream market yet. In the last decade, there has been somewhat of a renaissance in producing beer using traditional methods, and bock beer has taken centre stage.

Big breweries like Einbecker, Paulaner and Andescher have heard the cry for a more interesting array of beer options and have started producing their versions of bock beer. In other countries besides Germany, the best bock beers on the market would commonly be imported, unless you check out some local breweries dabbling in the craft of traditional beer making. They will certainly be familiar with the style and can either suggest a brand or offer something they’ve been brewing.

The Best in the Bock Biz

A common beer you might find on the market similar to that of your traditional german bock is Shiner Bock. This beer has a great flavour and aroma similar to that of a malt-forward dark lager, but it’s technically not your traditionally brewed Bock beer (despite the name). It still proves to be a beer fan’s favourite if they’re looking for a similar flavour profile and can be commonly found in countries outside Germany, especially the US.

The Ayinger Celebrator not only has an awesome bottle, but it’s one of the most popular beers in the world. The number one doppelbock has a rich taste with a very toasted malt flavour and some dark fruits. The first thing you’ll notice about this Bock is its aroma and colour, described as “almost black, with a slight red hue”. You’ll definitely look like you know what you’re doing if you’re seen drinking this one.

Be warned when going for a Paulaner Salvator, as this one is known as “the father of all strong beers”. With a whopping ABV of 7.9%, it’s the strongest out of the Bock beer options. Don’t let that deter you though, as you’ll be missing out on its chestnut hue and chocolatey taste.

Have Your Beer, And Eat It Too 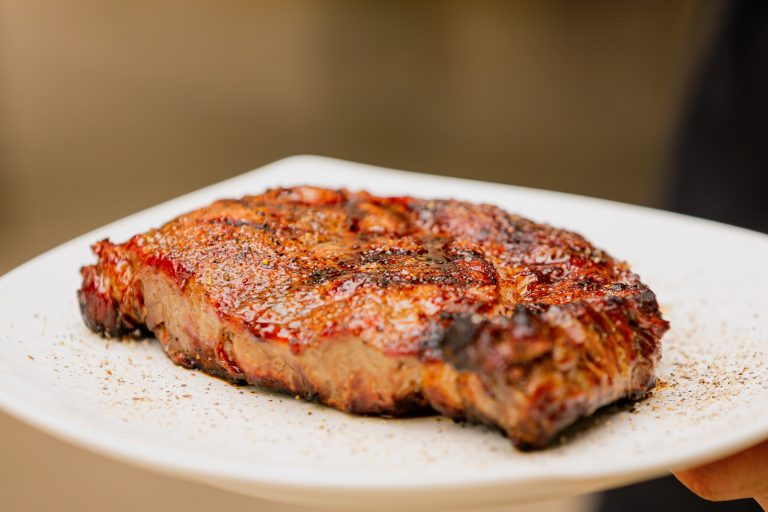 There’s a reason some may refer to Bock beer as “liquid bread”. Back in the olden days, the brewing methods gave the beer somewhat of a nutritional value, so the drink was used as a bit of a cheat meal during fasting times for the monks. Unfortunately, this method has been tweaked and your average Bock beers won’t have the same effect, but there’s nothing stopping you from pairing it was some snack-ish accompaniments.

The best suggestions range between a rib-eye steak, some aged swiss cheese, or dessert courses that include dark chocolate. There’s definitely a theme of robust, rich and mouth-coating flavours, which will sit perfectly with the toasty taste of the beer. With its high alcohol content, pairing this beer with food should be considered a must, not only for the satisfying flavour but also for the sake of your head in the morning.

Serve Up A Brock

So, what are you waiting for?

Make like the monks and go out and enjoy this brilliant beer. It’s a must-try for every beer enthusiast, and if you don’t consider yourself one, maybe you will after trying it! The beauty of beer is that there’s one for every season, and a winter beer is often overlooked. Sitting by the fire enjoying a rich, toasty, chocolatey beer won’t have you looking to the future for better times ahead, but rather have you enjoying the present moment.