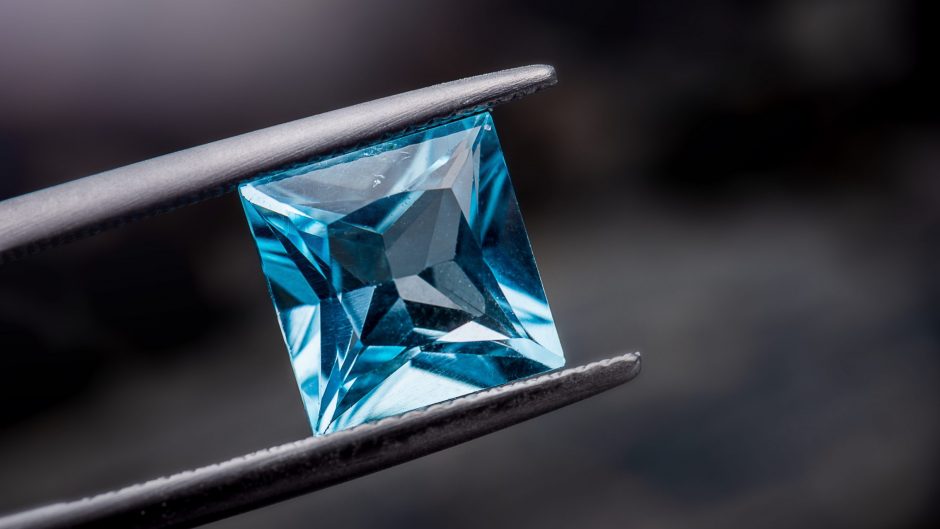 Although topaz is often associated with golden yellow, pink, or even green, it’s also available in blue. Blue topaz is currently one of the most popular stones in the topaz family and it ranges in colour from a pale blue with a light tone, to a deep blue with a dark tone.

Blue topaz stones were previously very rare and quite expensive. However, in recent times, mass production has made them more cost-effective.

If these gems fascinate you, keep reading to find out all about them!

What Is Blue Topaz? 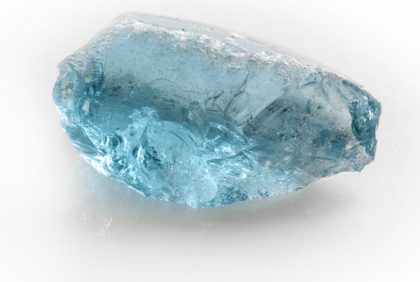 Blue topaz consists of aluminium and fluorine. All members of the topaz family have the same mineral composition, it’s just their hue that differs.

Natural blue topaz stone is rare and hard to find. This has prompted the production of the stone using a treated, colourless topaz. The process involves heating and irradiating the stone until it’s blue. Thus the stone is still considered a topaz, but it has been treated to better display its blue hue.

It’s important to note that although topaz is hardy, you need to handle it with care, as it’s prone to scratches.

How Much Is Blue Topaz Worth?

Back in the day, treated blue topaz had a value of between $20 and $40 a carat. However, as the stone has flooded the market, there is now an excess supply. This has dropped the price to under $1 a carat, making it an incredibly affordable option.

Like all gems, the price of the stone will depend on the carat weight, colour, clarity and cut. A smaller stone with minimal inclusions and excellent clarity will be far more valuable than a larger gem with multiple inclusions and poor clarity.

If the price tag on a “real” blue topaz seems too good to be true, it more than likely is a manufactured gem. Finding true blue topaz is difficult and these gems sell for high prices.

What Is The Spiritual Meaning Of Blue Topaz?

If you would like to welcome in love and positivity, invest in this gem (real or manufactured!). It will assist you on your journey and boost your mood.

Who Can Wear Blue Topaz?

Anyone can wear this gem, and it makes a wonderful gift too. Blue topaz is the birthstone for November, so it’s often worn by those who celebrate their birthdays in the 11th month. It’s also the traditional stone associated with the 4th wedding anniversary.

How Can You Tell If Blue Topaz Is Real? 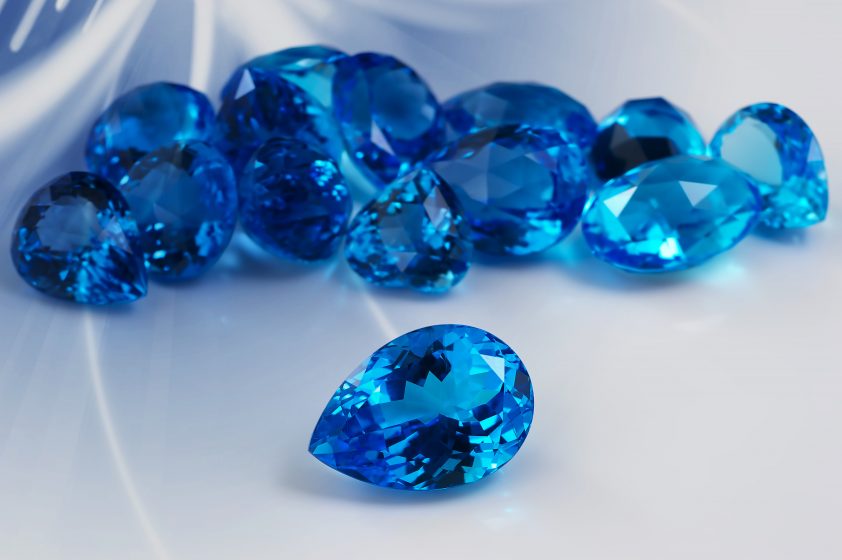 Determining if a blue topaz is real can be a tough task. You can perform a scratch test, although this will damage the stone in the event that it’s real, so it’s a risk.

The real stone has a slippery, smooth surface and is cool to the touch. The price tag will also give you an indication of whether it’s real or not. In some cases, you may receive a certificate of authenticity when purchasing jewellery featuring blue topaz stones, or you can ask a jeweller to send your stones to a laboratory to determine their authenticity.

Blue Topaz As A Birthstone

As the birthstone for November, blue topaz perfectly conjures up images of a crisp blue winter sky.

However, any colour topaz can be used to celebrate this month, as the colour isn’t specified. Topaz joins citrine, a citrus-coloured gem that is also associated with those born in this month.

What Is London Blue Topaz?

The London blue topaz is a dark blue gem, which is darker than the Swiss blue topaz or aquamarine stones. It has all the same qualities of the blue topaz, only the dark blue colour it’s famous for has made it the more expensive option as it’s more sought after.

What Is Swiss Blue Topaz?

One of the most popular topaz colours is the Swiss blue topaz. The colour resembles sky blue and varies in shades. It is, however, lighter than the London blue topaz.

While the stone has a vivid blue colour, the London blue topaz remains the more popular option. This stone is ideal for statement pieces that will turn heads, all at an affordable price.

Topaz For Every Season

The blue topaz is a statement stone due to its vibrant colour and wide range of available options. You can go for a darker shade of blue and invest in the London blue topaz. Or, you can opt for something lighter but none the less stunning, and look into the Swiss blue topaz.

Whatever stone you choose, you can rest assured that your desired cut and size is available. Blue topaz is mass-produced to meet the demands of the market, and as it’s such a beautiful gem, this cannot be a bad thing!

Find out about other brilliant blue gems in the full List of Blue Gemstones.