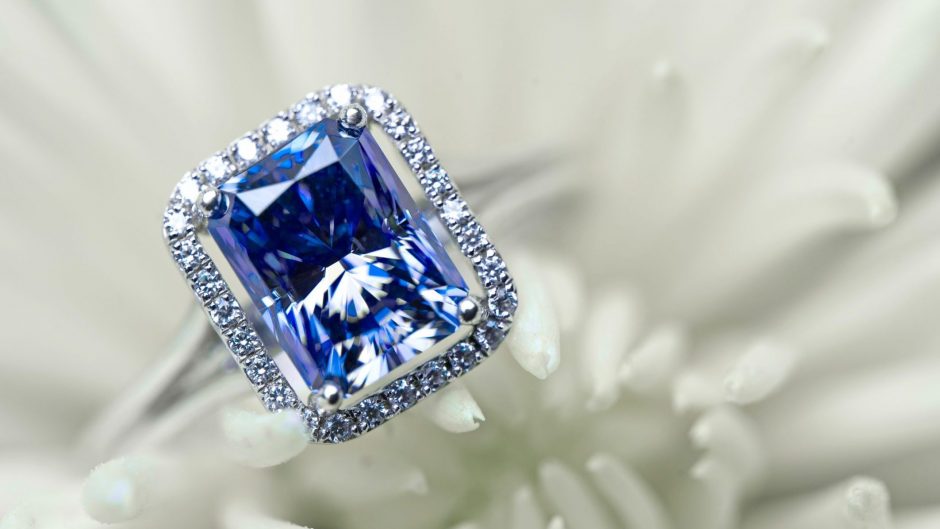 When it comes to precious gemstones, blue sapphires have long been sought after, as they carry significant meaning. These stones have been associated with royalty for several centuries already.

The sapphire blue colour is also looked to as a symbol of energy and healing in many circles. They are a gem representing order, likely owing to their ties to royal families across the world and throughout history.

These beloved blue gemstones have long been a representation of mental focus, inner vision and psychic awareness. Chakra theory dictates that sapphires have healing properties and help open the third eye to deepen insight. They also open the throat chakra, which allows for much easier communication with others and helps avoid miscommunication and unresolved conflict.

The deep sapphire blue colour is also thought to be celestial and to bring about a connection to prophecy and Divine favour. The jewel is steeped in religious history and folklore all across the world. Blue sapphires signified the height of celestial faith and hope in the ancient and medieval worlds. They were also believed to have properties of protection, bringing spiritual insight, and good fortune.

These precious stones remain a strong symbol of strength, power, kindness and good judgement in this day and age.

What Does Blue Sapphire Represent? 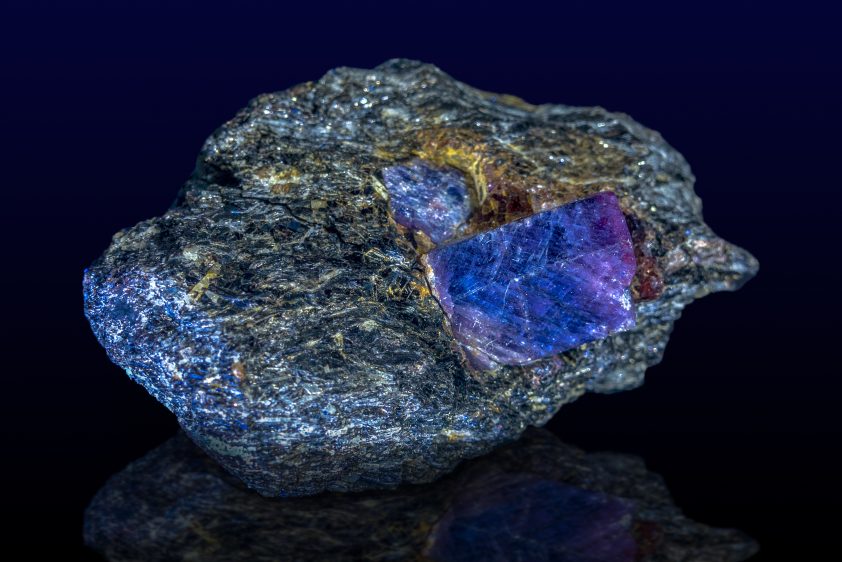 Blue sapphires and their deep, mystifying colours have represented numerous meanings over the course of history.

These beautiful stones are thought to release their bearers from any kind of spiritual confusion, mental tension, depression and unwanted thoughts in more modern times. They are also a representation of the restoration of balance within one’s body, helping to align spiritual, mental and physical planes, and bring about peace of mind and a sense of serenity.

Sapphires have been identified with repentance, chastity and piety for as long as historical records dictate. They have represented sincerity, and in many societies, have served as a symbol of justice.

Blue is the most commonly associated colour with this stone, but that doesn’t necessarily mean that all sapphires are of the same hue. The stone’s colour depends on the percentage of iron and titanium present during its formation.

The stone’s colour can deepen if there’s more iron and titanium present. The sapphire blue colour can range from what’s known as Kashmir blue to royal blue, cornflower blue and light blue.
The colour of the sapphire can take on a different hue if elements such as chromium are present during its formation – it can take on an orange or red tint. Other rare sapphire colours include pink, yellow, green and purple.

Sapphire blue stones are representative of romantic love and devotion too. The gems mark one’s faith, hope and joy in their romantic partners, keeping their thoughts pure and heavenly.

How Much Is A Blue Sapphire Worth? 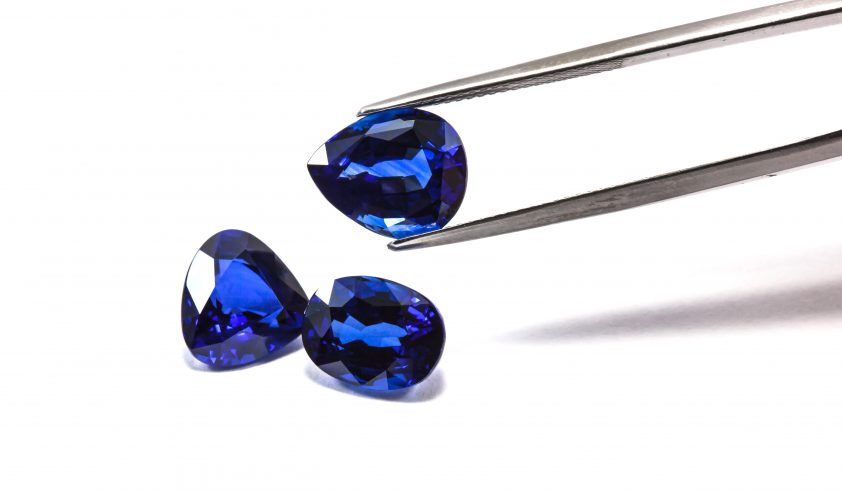 Sapphires can range in price depending on a number of factors. Sapphire blue stones are the most valuable naturally blue-coloured gemstones in the world. They are sought after due to the depth of their colour, their hardness (which is second only to that of diamonds), their durability and their ability to sparkle in the light – a phenomenon known as lustre.

Sapphires are sold from anywhere from US $25 per carat to well over US $11,000 per carat depending on colour and inclusions. The stone’s prices are generally determined based on quality, meaning that a larger, lower-quality stone could be much cheaper than a smaller one that’s of a higher quality.

The most expensive sapphire ever sold on record cost an incredible US $17,305,996. The ‘Blue Belle of Asia’ sold at a Christie’s auction in Geneva in November 2014. It weighed in at a whopping 392.52 carats!

The colour ‘sapphire blue’ actually gets its name from the gemstone, and not the other way around, as many people think.

Sapphires are named after the Latin word saphirus and the Greek word sapheiros, both of which mean blue.

Sapphires have been prized as precious stones since as far back as 800 BC. Ancient Persian rulers believed that the sky had been painted blue by the reflection of sapphire blue stones. The gemstone was described by a poet as “the blue of a clear sky just minutes after sundown”. 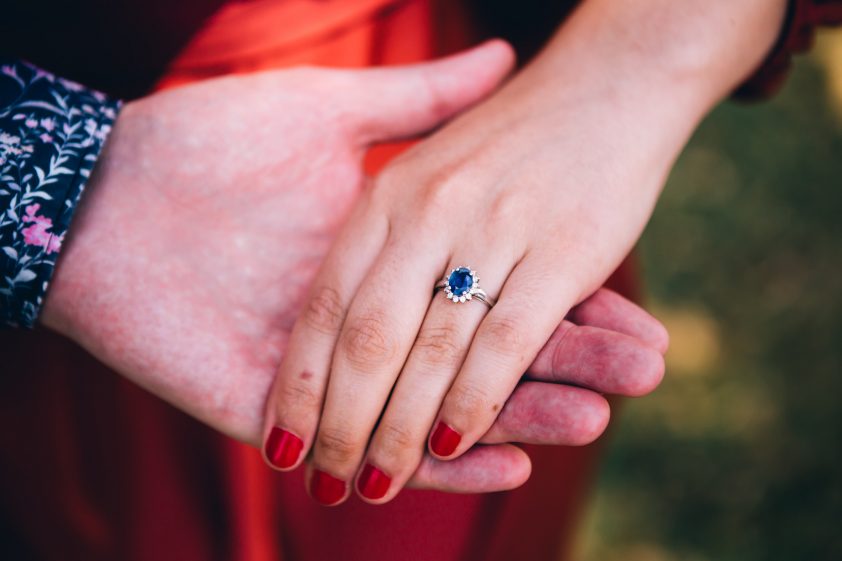 Gemstones are widely used to celebrate wedding anniversaries by year. In fact, there are two different lists – one known as the ‘modern’ list and the other known as the ‘traditional’ list – of gifts made of different materials, fabrics or jewels and gemstones that represent each anniversary a couple celebrates.

The sapphire is the gift for a 45th wedding anniversary. This is because, for centuries, sapphires have been known to be a symbol of innocence, longevity and a talisman for good health. The stone represents prosperity, beauty and inner peace – all of which are wonderfully symbolic gifts to wish upon a couple after 45 years of marriage.

Many believe that the depth of sapphire blue is representative of the deep love shared between a couple after four and a half decades of marriage. The sapphire is well known within royal circles, making it the perfect gemstone to honour such a big milestone in a marriage.

Over the course of history, the beliefs surrounding blue sapphires may have been altered ever-so-slightly here and there. While the sky may not be blue because of the reflection of these stones, there’s no denying the natural beauty and allure of these gems. They add a touch of sophistication to almost any piece of jewellery, owing mainly to the fact that they’ve been associated with royalty for so long. However, they’re also almost indescribably beautiful.

With the deepest, bluest hues and wonderfully significant meanings attached to them, blue sapphires are not just an excellent addition to any jewellery collection, they are incredibly valuable too.