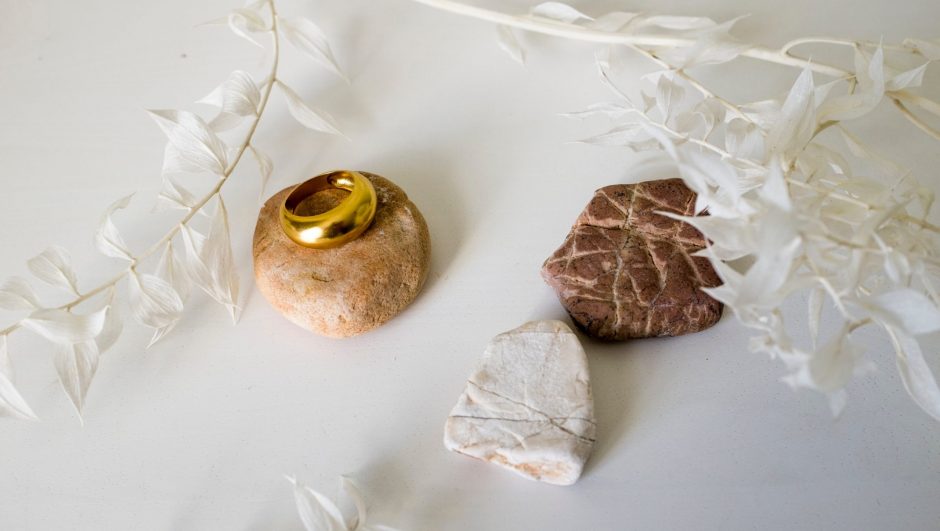 We all know about yellow gold, white gold and rose gold, but it turns out there are several other colours of gold that are just waiting for you to discover them.

If you’re looking for gold jewellery that breaks the mould, blue gold could well be what you want to turn heads.

Join us as we learn all about this precious metal and how it gets its blue hue.

What is Blue Gold?

Modern jewellery design has ventured into more colourful territory in recent years. A product of these new innovations is blue gold.

Using gold alloys and Intermetallic compounds, blue gold is devised from fusing indium or gallium and a percentage of gold. The number of karats varies depending on the item. Blue gold is unique, bold and beginning to make an appearance in the world of modern jewellery, its hues range from light blue to saturated violet so there’s plenty of variety too.

What Is The Origin And History Of Blue Gold? 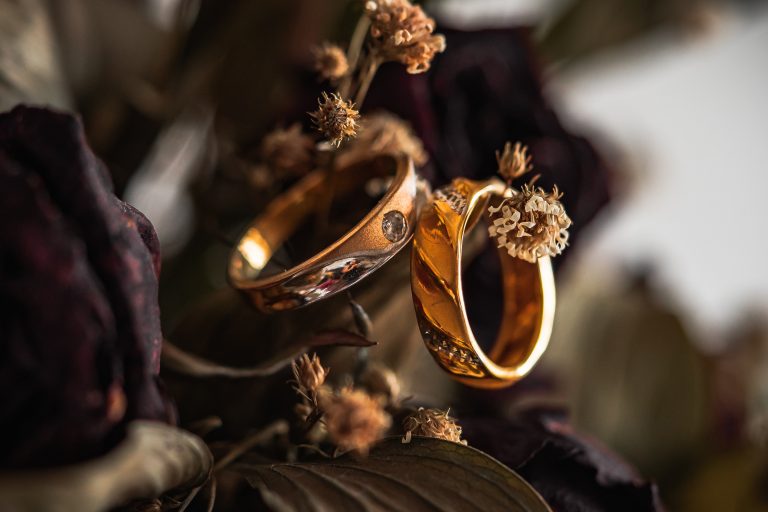 Antoniassi, a famous Jeweller from Argentina in the early 20th century began crafting with blue coloured gold. The distinct colour created a lot of interest from competitors. Antoniassi was determined to keep his unique craft a secret and the exact secrets to his method remain a mystery to this day.

In the last ten years, items made from non traditional gold alloys have increased in popularity. As modern jewellers began experimenting with rose gold, other colours of gold such as blue started gaining popularity too. However, blue gold still isn’t common to own.

What Are The Pros And Cons Of Blue Gold?

Blue gold is unique to own. It’s bold, trendy and part of the modern jewellery experience. Ask yourself: how many people do you know that own blue gold?

Guide to Purple Gold: A Unique Type of Gold

Becoming a blue gold jewellery owner makes you part of the start of a modern jewellery trend revolution! It’s also an attractive and alluring colour.

A downside to owning blue gold is that it lacks durability and you have to be very careful with your jewellery. However, if you take great care of your jewellery it should be with you for a while. Otherwise, your exclusively blue item may just need some maintenance and extra love and care throughout the years.

Generally, a surface plating of blue gold can be created by a gold plating of the surface, followed by indium plating, with layer thickness matching the 1:2 atomic ratio. A heat treatment is then used to cause interdiffusion of the metals and formation of the required intermetallic compound.

Blue gold is valuable and rare, therefore it is fairly expensive. The price of blue gold depends on the item itself and the number of Karats within it. However, a blue gold ring would most likely be a less expensive option than a gold ring that is closer to pure gold.

Coloured gold is generally more affordable but keep in mind that blue gold isn’t commonly manufactured and could therefore be on the pricier side.

Guide To Green Gold A.K.A Electrum

What Does Blue Gold Jewellery Symbolise Or Say About You? 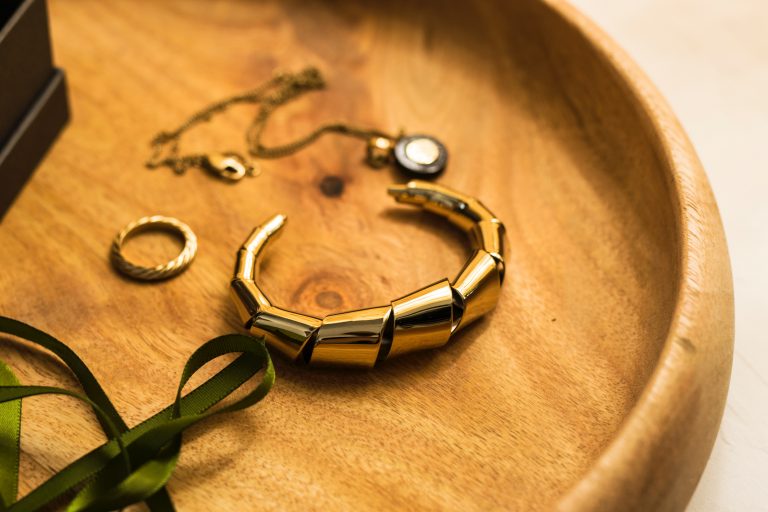 Gold itself symbolises wealth, radiance and warmth. Blue gold is trendy, somewhat unconventional and is therefore also a statement of the modern era. Wearing blue gold items says that you are going against convention in the most tranquilly elegant way.

What Are Some Popular Jewellery Styles For Blue Gold?

Blue gold is used in various accessories as part of the trim. This is perhaps the most common use of the precious metal due to its fragile nature. This unique medium is also used in the plating of both bracelets and necklaces.

Blue gold is also used in the manufacturing of hand-crafted watches which adds a radiant opulence to the product. The material is also used for mens wedding bands as blue is traditionally a masculine colour. It can be used for all jewellery or accessory items including necklaces, rings, bracelets and watches.

How To Clean Blue Gold

Cleaning your coloured gold piece is very dependent on the item in question so it is advised to ask your jeweller for advice. Your jeweller can advise you on how to clean your accessory efficiently as they will know the piece well. However, you can also opt to follow the guidelines of a general gold cleaning recipe, such as:

What is Yellow Gold? All Your Questions Answered

How Popular Is Blue Gold In The Usa And Other Parts Of The World?

Coloured gold in general has risen to popularity within the last decade. Rose gold is the most popular form of coloured gold and began to be used commonly in jewellery in the 19th century and is still used widely today. Blue gold, however, remains a rare commodity. It is not an item that is commonly found in most jewellery stores. Blue Gold is still accessible though and many specialist jewellers who do not already sell the item may enjoy crafting a beautiful blue gold item just for you!

You can know that when you purchase blue gold jewellery, you are making a sleek and bold statement that rallies against traditional jewellery conformities. It will certainly turn heads and it’s sure to be a talking point too. Out of all the colours of gold, it makes a distinctive statement no one can ignore.