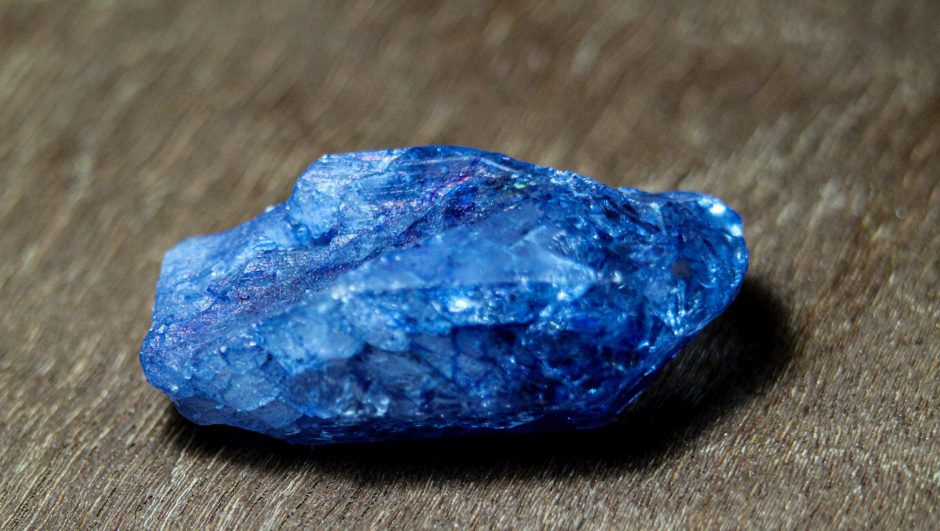 A standard purple amethyst crystal originates from the violet variety of quartz stones and has a pinkish hue to it. A blue amethyst stone, on the other hand, is known for its blue-ray energy and is highly prized for its rarity.

Find out more about this scarce crystal and all the properties and healing powers connected to the stone with us.

What is Blue Amethyst? 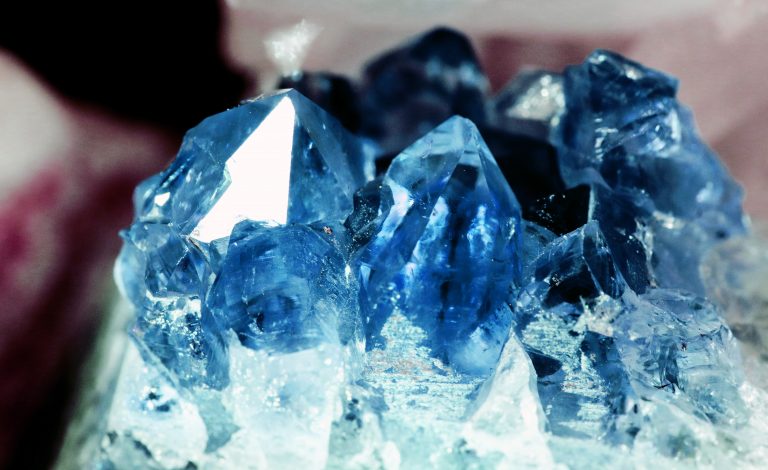 Derived from a standard amethyst, the blue amethyst stone is more or less the same in terms of rock formation, with the main difference being that it comes in what is known as a “secondary hue”. The primary hue of amethyst, as mentioned above, is violet.

The shade of blue will differ from stone to stone depending on the historical formation of the rock in which the crystal was unearthed. Blue amethyst is considered rather rare, and many crystal collectors spend months, and even years, to come across this prized stone.

What is the Meaning of Blue Amethyst?

Blue amethyst is one of the most historically significant crystals in the zeitgeist, with many historians noting that the bishops who ruled during the ancient Christian era used to wear the stone in their rings. This demonstrates the value and rarity that these stones represent. They used to belong to royalty and the powers that were believed in the healing properties of the blue amethyst crystal. Amethysts in general have been used for medicinal and spiritual reasons for centuries, dating back as far as the ancient Egyptian empires.

Since blue amethyst is so uncommon, there have been many sceptics who believe that the bluish hue is synthetic. However, blue amethyst is found naturally in the rock formations of the earth, the colouring is just rarer than the standard violet and red hues that are seen in standard amethyst crystals.

Amethysts have a long list of purported emotional, spiritual, and physical benefits which users believe can be extracted through proper use. Many crystal practitioners believe in the cleansing ability of blue amethyst crystals, with the main spiritual benefit of wearing the stones being peace of mind. They are often recommended to people who suffer from heavy anxiety and who are looking for a way to meditate and clear their heads of any negative thoughts.

Another way that blue amethyst stones contribute to this calmness is by deterring negative energies away, through the creation of a spiritual shield created by carrying the stone around with you.

Amethysts have been said to have many metaphysical benefits that connect humans to a plain “of another world”. This is done when the crystal works in tandem with a person’s third eye chakra, to open a field of view that would otherwise be closed off to our two regular eyes. Crystal practitioners refer to this property of amethyst stones as spiritual enlightenment. This can be a strong source of emotional and spiritual wisdom.

There are also many purported physical benefits that accompany the use of blue amethyst gemstones including relief for an overworked digestive system, the regulation of hormones, improving general skin health, enhancing and strengthening of the immune system, and reduction in severe headaches.

How to Use Blue Amethyst

There are various ways to extract the healing properties provided by blue gemstones mentioned above. However, due to the rarity of blue amethyst, these crystals are not commonly found in tandem jewellery with other crystals. Instead, it is enough for the wearer to make use of the stone through one piece of jewellery carried around on their person. It is sufficient for any person to accessorise using blue amethyst, in order to make use of its wide array of abilities.

Whether this is by wearing a ring or a necklace, a person will experience the benefits by merely carrying the crystal along with them on their travels. It is best to have the stone out in the open as the more your eyes and your chakra come into contact with the stone, the more likely it is that the healing properties will be conferred upon you.

To fully benefit from the properties of blue amethyst it is essential that the stone receives consistent cleansing and polishing. The most effective way to cleanse a blue amethyst crystal is to allow it to soak in a saltwater bath for over 24 hours, every two weeks. These types of stones are not negatively affected by water.

Where is Blue Amethyst Found?

Amethyst stones are usually only found in countries that have the right climate coupled with rock formations that shift in the correct ways to create amethyst crystals. Amethysts are most commonly found in Brazil, Sri Lanka, the United States, and India. Strangely, however, amethysts have also been found in Russia and colder countries up North.

Blue amethysts are specifically mined in Mexico as the heat in the country helps change the standard violet hue of the stone to a darker, more inviting blue.

How Much are Blue Amethysts Worth?

It is clear that amethysts are highly sought-after stones, due to their wide array of healing and beneficial properties. Standard amethysts are not uncommon and are easily sourced in most countries around the world with the average price for one of the crystals around £25. Blue amethysts on the other hand are on the rarer side and are much more valuable for this exact reason. Blue amethyst gemstones usually go for around £40.

Blue amethyst is one of the most valuable and rare crystals on the planet. They have a variety of properties and abilities that are commonly associated with standard amethysts too. However, the blueish hue of the amethyst gives it an aura that no other crystal can match.

If you can get your hands on one of these rare crystals, practitioners would highly recommend cleansing the stones and making use of the medicinal qualities provided.