Blog » Wine, Beer & Spirits » Beer » Beers from Around the World » European Beers » What is Bière de Garde? Everything You Need to Know 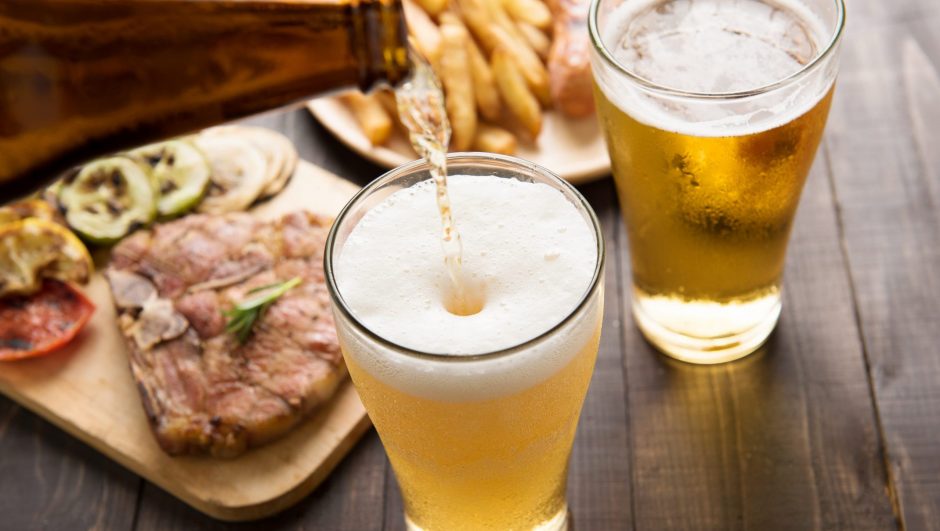 Traditionally brewed in the Flanders region of France, this beer has a sweet maltiness and an earthy quality. Brewers are putting their own stamp on this ‘beer for keeping’ and some of the Bières de Garde are slightly higher in alcohol content (6-8.5% ABV) and drier than other farmhouse ales.

What is Bière de Garde? 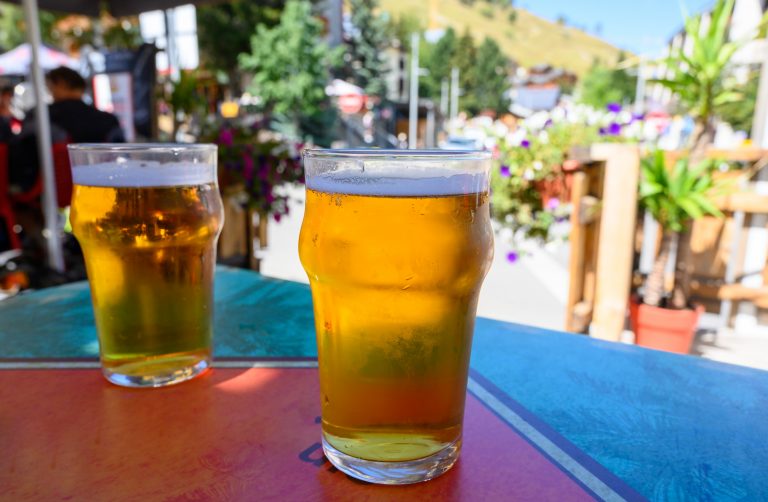 Bière de Garde is of French origin and it means beer for guarding or keeping. It was a farmhouse ale that was brewed to a stronger alcohol content ensuring that it could be stored (or guarded) for distribution during the summer months. It was also produced during winter and spring to avoid unpredictable problems with yeast during the summertime. Bière de Garde is a strong pale ale with a copper or golden colour and most varieties are top-fermented and unfiltered.

How Do You Pronounce Bière de Garde?

The correct way to say it is like this: “Bee-Y’Air D’Guard”.

You must pronounce Bière like Pierre (as in Pierre Trudeau) and the word ‘de’ is pronounced as ‘duh’. Garde is pronounced ‘garrr’, rolling the ‘r’ sound.

What Is the History of Bière de Garde?

The region of origin, water profile, hop and yeast strain give many beers their distinctiveness and two beers that are firmly tied to the land of their origin are the farmhouse ales Saison and Bière de Garde. Hops, crops and yeast distinguished these two libations. Bière De Garde was produced on the French side of the Belgium/France border while Saison was produced on the Belgian side. Both drew on brewing traditions as part of family life in Europe.

While the Belgians produced light, fresh and crispy drinks, the French produced something richer and sweeter and it was the yeast and fermentation that contributed to this difference. The Belgians fermented their Saisons at warmer temperatures, producing spicy, crisp and peppy drinks while the French found their yeast influence in the altbier and kölsch traditions of Germany. This produced a libation of soft malt with a sweetness.

Refrigeration, advances in brewing technology and the advent of lagers led to the curtailment of these types of farmhouse ales and the Great Wars did not help these waning traditions but there were a few stubborn brewers who refused to give up on the past methods. The Brasserie Duyck is credited with the revival of the Bière de Garde style that first bottled its now-iconic Jenlain Bière de Garde in the 1940s. Established in 1922, this brewery continued to produce small quantities of a Bière de Garde.

When the brewery began to bottle Bière de Garde in used champagne bottles with a wired cork, a spark was kindled, reawakening the desire for local French, traditional brewing culture.

Beer styles that feature local ingredients are expressive of the brewer’s skills and individuality and two similar but subtly different beers that do just that are Saison and Bière de Garde. Although these two libations are stylishly similar, they each reflect the particular products grown locally. They used locally grown ingredients which is why they are referred to as ‘farmhouse ales’.

Ingredients included malted and unmalted grains, and combinations of wheat, barley, spelt oats and rye. While modern Saisons are predominantly pilsner, Bière Du Garde incorporates a base of pilsner malt. Saisons have a bit more hops character than Bières de Garde so while the ingredients are alike, it is the combinations and methods that distinguish the two drinks. Both have ABVs in the range of 5 to 8.5%

How is Bière de Garde Made?

Bière de Garde is made from a pale malt base with the addition of Munich and Vienna malts. The blond style is typically made without crystal malts, though the darker variations often include crystal malt additions to achieve the desired colour. Sugar is sometimes added to augment the dry finish of the beer. Darker variations sometimes use an extended boil to caramelise the wort for a darker colour and rich flavour. Soft water is used for mashing.

Authentic farmhouse ales often use indigenous yeasts and moulds that are difficult for a homebrewer to precisely duplicate. Bière de Garde is usually fermented at ale temperatures and then cellared for an extended period before drinking. The finished beer is served well carbonated and should have a robust white or brown head depending on the colour variation.

Modern Bière de Garde which comes in three variations – blond, brown and amber – leans heavily on malt. As the malt increases, the colour darkens. The Beer Judge Certification Program describes the style as having “medium to high malt flavour with a toasty, toffee-like or caramel sweetness.”

How to Serve Bière de Garde?

For the best presentation and greatest appreciation, a Bière de Garde should be served at around 48-50°F in a tulip or oversized wine glass. It is best to store them in cellar temperatures away from direct sunlight and consumed within 6 – 12 months.

What Are the 10 Top-Rated Bières de Garde to Try Right Now?

According to BeerAdvocate these are the top-rated Bières de Garde:

What Foods Can You Pair with Bière de Garde Beer? 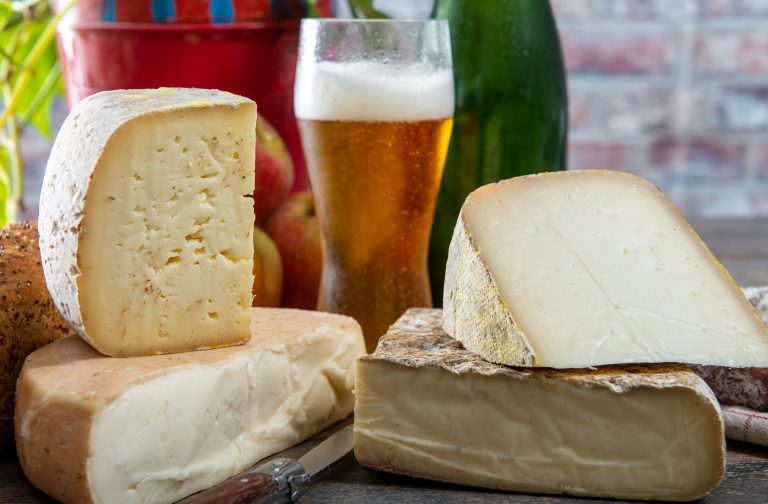 Bière de Garde pairs superbly with foods seasoned with rosemary, thyme, parsley and marjoram. Being a French provincial beer, Bière de Garde goes well with French provincial cuisine. You can drink it with herbed lamb, cassoulet or a sautéed chicken with mushrooms, rosemary and garlic. It’s also divine with a simple roasted chicken. It also goes well with French stew of beans, ham, duck and mixed herbs and with lighter fare such as seafood and salads.

Cheese that goes well with Bière de Garde is ripe and soft French farm cheeses; such as Munster, Pavin and Livarot. For dessert, you can pair it with pecan pie, citrus tarte or a light fruit sorbet.

Although the making of Bière de Garde is steeped in tradition, the almost universal preference for the crisp, clean taste of lager beer, improvements in ingredient quality and a deeper understanding of brewing have modified this libation to suit modern tastes.

These factors, together with the steep interest in craft beers (and the decline in industrially-produced lagers), have provided a rich environment for Bière de Garde to flourish.