With the vegetarian and vegan movement gaining more and more traction globally, the sentiment “eat more plants” couldn’t be more relevant. From health benefits to the environmental impact, a more plant-focused, ethical diet is no longer a “trend” but a necessity.

Whether you’re new to veg dining or you’ve been rustling up lentil dahl for years, everyone deserves a night on the town sampling some of the UK’s finest. Start 2022 with a bang as you munch your way through London’s best vegetarian restaurants.

Alain Ducasse At The Dorchester

One of the most decorated Michelin star chefs, Alain Ducasse holds 17 stars across the globe. But it’s his flagship restaurant The Dorchester that embodies his true excellence. Alain Ducasse at The Dorchester is one of just two restaurants in London to hold three stars. His take on refined, modern French cuisine is beautifully translated into “Menu Jardine”, a seven-course vegetarian tasting menu featuring only the best seasonal British and French ingredients. Prepare to be enchanted by every mouthful; Ducasse’s attention to detail is impeccable. 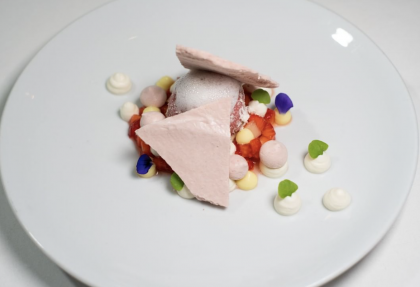 Ranked among the top restaurants in London, Benares is known for its modern Indian cuisine with a contemporary British twist. The menu boasts innovative dishes that seem to change the way people perceive and experience Indian cooking. Named after the holy city Benares, the sophisticated restaurant offers a seven-course vegetarian tasting menu to die for. Enrobed by vibrant decor and hand-crafted furniture, the rich interior adds to a phenomenal culinary experience. Think tasty salad amuse bouches, Tandoori Shimla Mirch and Passion Fruit Suji Cake, to name a few.

Established in 1991 by restaurateur David Moore, Pied Á Terre has gained some of the highest awards possible, including a coveted Michelin star. Today it continues to thrive, holding onto its Michelin status for over twenty years. The critically acclaimed eatery, now run by Chef Asimakis Chaniotis, features Modern French cuisine with a delicate Greek touch. Asimakis’ passion for fresh produce is showcased beautifully in the vegetarian tasting menu. With dishes like carrot velouté, Greek trahana and toasted oats, every dish is bursting with flavour. 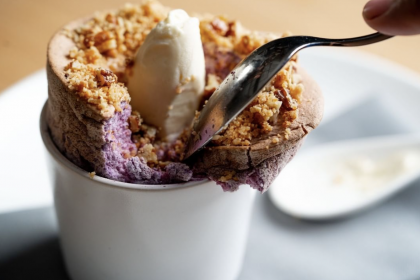 Set in the heart of Fitzrovia on bustling Charlotte Street, Mere is the creation of husband and wife duo, David and Monica Galetti. Celebrated for her appearance as a chef and judge on Masterchef Professional, Monica blends classic French cuisine with South Pacific influences. With a focus on elegant, contemporary dining, this London vegetarian restaurant is a comforting blend of warmth and innovation. With exquisite dishes like Delica pumpkin, wild mushroom tortelli and chestnut puffs, the vegetarian tasting menu is an unforgettable experience. Throw in some handmade Mere chocolates and a few glasses of champagne and it’s quite simply perfection.

Opened in 2004 by husband and wife team Andrew Dargue and Donna Conroy, Vanilla Black has been dubbed one of the smartest vegetarian restaurants in London. With a goal to smash stereotypes and create something that’s forward-thinking, their food is challenging and creative. The fact that it’s vegetarian is not the point. Influenced by classical and molecular techniques you’ll be greeted by unusual combinations and adventurous ingredients, creating a new standard of flavour. 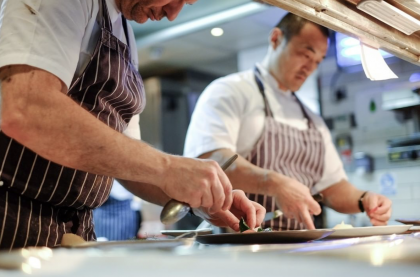 Continuing on the path of mouthwatering French cuisine, we have the multi-award winning and Michelin starred Galvin La Chapelle. Known for their breathtaking execution of French cuisine, chef brothers Chris and Jeff Galvin have developed a seven-course vegan menu gourmand. Located in a former Victorian school chapel, the large arched windows, high stone ceilings and elegant interiors are a glorious backdrop for this fine-dining vegan experience. With wine on tap and mineral water out of a tank instead of bottles, the brothers have done everything they can to reduce their carbon footprint. Indulge in locally sourced ingredients as you sample dishes like shaved fennel, heritage tomato salad and Summer vegetable tagine.

With an entirely vegetarian menu, Farmacy boasts nourishing dishes consciously created from farm to fork. The restaurant concept revolves around eating to heal yourself as well as the world around you, with the idea that “every ingredient is part of a bigger whole”. The menu features organic ingredients grown using biodynamic farming methods to deliver dishes that restore, rebalance and heal with every mouthful. Brimming with grains and superfoods, their Earth Bowls are packed with genuine goodness. 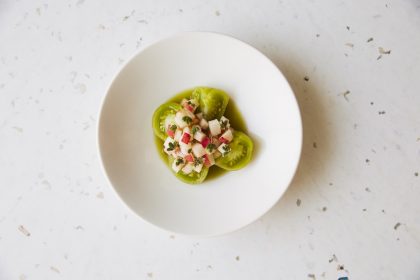 Featuring award-winning Thai food, Farang showcases the very best Thai and British produce. Founded in 2016 by Sebby Holmes, the restaurant has recently been nominated for the National Restaurant Awards Top 100 as well as the Michelin Bib Gourmand. This South-East Asian hot spot offers entirely vegetarian and vegan menus. Determined to spice up your plate, its bountiful selection of dishes is sure to keep you coming back for more. From crispy tofu to curried noodles and smoked squash, the enthusiastic team continue to reinvent the wheel. 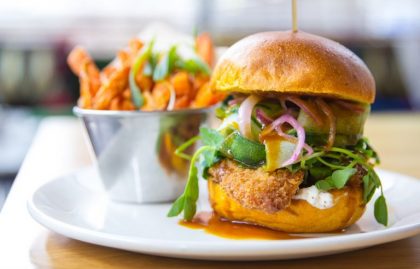 What would a list of the best vegetarian restaurants in London be without the institution that is Mildreds? Serving plates of fresh, colourful food packed with flavour, Mildreds delivers internationally inspired vegetarian cuisine. Opened in 1988 by Diane Thomas and Jane Muir, the restaurant continues to surprise and seduce the toughest carnivores. Dishes are beautifully unfussy and unrefined creating a relaxed environment of laidback deliciousness. With twenty years of cooking under their belt, they’ve cracked the code to truly good food.

Being a vegetarian or vegan no longer means sacrificing eating out. Gone are the days where you only had two options on the menu – usually a version of bland mushroom risotto or Grandma’s version of stuffed peppers.

London is riddled with award-winning restaurants who have taken vegetarian cuisine to new heights. Whether you’re fully vegetarian, vegan or a staunch carnivore the reality is we all need to eat more plants. Discover even more of London’s best vegetarian restaurants.