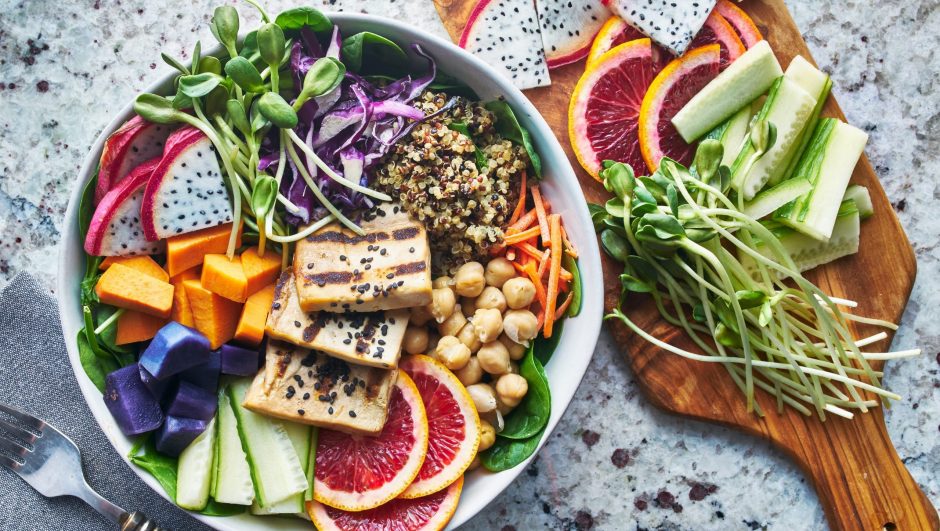 New York City boasts some of the best restaurants in the world, and vegan restaurants are no exception. In fact, the concept of the vegan kitchen is now an established idea in the minds of consumers and chefs alike.

From laid back eateries to high-end restaurants, vegan establishments are taking up an increasingly large market share. That’s because the number of vegans in America has increased by 3000% since 2003 – a figure that’ll make even a die-hard steakhouse add vegan options just to avoid losing customers.

But vegans form a part of a movement toward conscious consumerism who want one or more of the following from their restaurants of choice:

We’ll also be looking at restaurants at a range of price points, as New York is renowned for being obscenely expensive. Without further ado: the best restaurants NYC has to offer.

Manhattan is home to some of the world’s most famous restaurants, but we’re here to see that if, in between the towering skyscrapers and old-school eateries, we can find some plant-based gems.

Opened in 2015 by famed restaurateur Ravi De Rossi, Avant Garden is the quintessential modern vegan restaurant. Their menu is divided into three sections: “Cold” for their delicate, intricate salads, “Toast” which is self explanatory and “Hot” for soups, pastas and the like. Avant Garden follows the classical modern formula of taking something as simple as this and making magic.

They use exotic ingredients such as kohlrabi and hen of the woods mushrooms to bring their dishes to life. One Michelin guide said “This is excellent food that just happens to be vegan” – a perfect idea of what you’ll be getting. Although Avant Garden is a fairly upmarket restaurant, it certainly won’t break the bank when compared to some of the other restaurants in the vicinity, and the atmosphere and good food is well worth the price.

Avant Garden is located in Manhattan’s Lower East Side and is open from late afternoon into the evening.

Run by concept-focused chef Alain Coumont, Le Botaniste has four vegan restaurants in New York City, as well as 3 in Europe. That said, Le Botaniste is definitely not to be considered a chain in the same way we think of Chick Fil A as a chain. Rather, Coumount has been actively involved in the running of all these locations, creating menus with a selection of top chefs.

Not only is all their food certified organic but they can also boast a carbon neutral business model. This their business practises offset their environmental impact through the use of electricity and water. Beyond that, they’re also helping reforestation initiatives and educating communities on food wastage. This means you can know you’re giving money to a good cause with every meal you eat at Le Botaniste.

On the food front, they offer a range of beautifully plated Near and East Asian dishes from vegan sushi rolls to delicious hummus platters. They’re specifically known for their “prescriptive” tajines, noodles and other dishes all served in beautiful Japanese bowls. They’re prescriptive in that they’re designed to help with different ailments, be it fatigue, inflammation or muscle pain. The waitrons have an in-depth knowledge of the food and all the information for ordering in is available online.

Their Manhattan location is just down the road from the Chrysler building and is open from 11am ‘till evening.

Brooklyn is famous for its heartfelt cooking, but gentrification means it’s losing some of that soul. However, it’s still home to some of the best vegan restaurants in New York City. Let’s start off by looking at an all-woman, minority-owned and run vegan kitchen that’s pushing back against the tide of urban renewal.

Named for the African-American Christmas meal tradition, Black-Eyed Peas and Collard Greens offer top-notch African-fusion cooking. Owner Sandra Mathis is a contemporary Southern Cook from Harlem, NYC. She learned her love of cooking from her grandmother who grew up in North Carolina where her mother was also raised.

When the 2020 pandemic hit, she took it on in full force, opening up an initially online restaurant that she’s slowly bringing people into as restrictions begin to lift. That being said, she’s cautious of the pandemic, so she’s taking it slow. Since starting up last year, Black Eyed Peas and Collard Greens has become one of the most talked-about eateries in Brooklyn – not just for her story, but for the food itself.

They offer hearty all-day breakfasts like vegan grits and vegan French toast and fruit as well as delicious mains like vegan po boy sandwiches on home-made rolls. Black-Eyed Peas and Collard Greens is located in Sunnyside, Brooklyn and is open from 11am until 10pm.

Veganism Statistics New Zealand 2022 - How many vegans are there?

If you’re looking for dinner somewhere bright, warm and subtly stylish, head over to Amituofo Vegan Cuisine for one of the best vegan restaurants in New York City. Amituofo has a state-of the art vegan Asian menu with dishes that’ll have you coming back for more.

One top Yelp reviewer said the following “This place is literally and probably the only place I really order from during the pandemic. The number one reason is that the food is SO delicious” And even when you’re sitting down, it has a warm, homely environment that you’ll never want to leave.

Amituofo offers a wide range of vegan pan-Asian dishes, from Scallion Pancake to steamed red bean paste buns. When we say wide, we mean the menu has over 40 plant-based meals to choose from, followed by a list of delicious imported teas. That means that even if the pandemic were to strike again, you’d never run out of affordable vegan meals to live off.

Queens is filled with some of the best vegan restaurants NYC has to offer. Let’s dive into what this historic neighbourhood has to offer your plant-based palette.

Healthy as A Motha

A post shared by Healthy As A Motha Vegan Kitch (@healthyasamotha)

Healthy as a Motha is not just another one of the vegan restaurants New York brings to the table. It’s also a plant shop as well as a one stop shop for your organic fruits and veggies. Inspired by Caribbean cooking – Queens-based couple Randy and Yesenia went from being vegan activists and influencers to owning this gem of a restaurant that’s as close to their home as their hearts. They also give back to New York’s homeless community – cutting down on food waste and offering places for displaced people to learn and grow.

Down to the menu, there’s a lot to satisfy your cravings for spicy, healthy Caribbean food. From fried plantain and cashew sauce boats to Raw cheesecake, as well as a selection of starters, you’ll be satisfied whether you eat in or order out – at a very reasonable price. And while you’re there make sure to check out their plant stall where they sell a range of seeds for growing your own delicious food from your home or community garden.

Healthy as a Motha is located on Skillman Ave, Queens, and is open from 11am.

Just down the road from Healthy as a Motha, Green Zenphony is a kosher, vegan Chinese restaurant that surprises all who enter with hospitable service and delicious food. Most of the Yelp reviews on Green Zenphony are from people who aren’t plant-based being so surprised by the quality of the food and service they consider going vegan. If that’s not a tell-tale sign, what is?

On the food front, they have a delicious array of both vegan and vegetarian options and have a few western meals as well (a burger and fries for the less adventurous). As with many small, simple restaurants offering foreign fare, it’s best to ask the staff whether the ingredients are fully vegan in the meal you’re ordering as they have a few instances of dairy on the menu.

Overall, they’re offering good vegan food that’ll be appropriate for the Jewish community of queens without breaking the bank. Green Zenphony is located at 95-26 Queens Blvd, Queens, and is open from 11am until 10pm.

This list is by no means exhaustive, but we hope you try out some of these absolutely wonderful vegan restaurants NYC has to offer. From Queens to Manhattan, the city is alive with new ideas around food, sustainable living and giving back to the community.

When you support the best vegan restaurants in New York City, you’re choosing to support people who are willing to help the planet and those around them. Whether it’s through bringing minority cuisines into the spotlight of vegan cooking or preparing haute cuisine and planting trees across two continents, these people deserve your recognition and continued support.