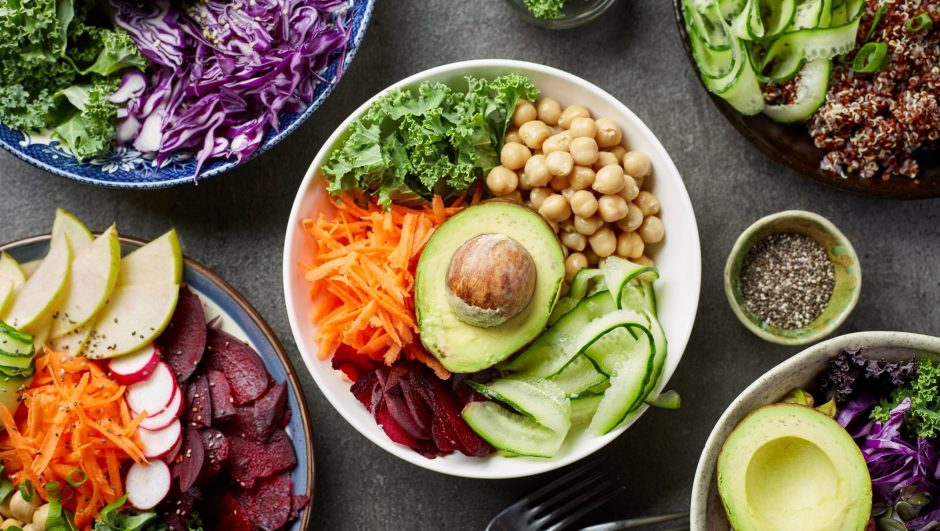 As we begin to see the effects meat and dairy consumption is having on the environment, responsible consumers are turning toward veganism en masse. Finding vegan alternatives used to be hard work and vegan restaurants were few and far between, but the last decade has seen the rise in pristine, high end vegan eateries that aim to rival traditional establishments.

In Chicago, fully vegan kitchens are few and far between – but some of the city’s best chefs are putting their thinking hats on and creating high cuisine that’s 100% free of animal products.

The Windy City is home to some of the world’s favourite comfort food of Italian and Irish origin. But as immigrant families find their feet, Chicago has become a hub of good food from a variety of cultural backgrounds. Latin, Korean and African cuisine have all made their mark on the city. Let’s look at the ways chefs are looking at both traditional and ethnic food through a creative, vegan lens.

Here are the best vegan restaurants in Chicago!

“We are citizens of the world, who proudly celebrate the flavours, beauty, and diversity of vegan cuisine from all over.”

This is the message that greets you as you enter the vegan restaurant’s Chicago website. Operating since the mid-2000s, this 100% Vegan Kitchen is all about the message. Luckily for us, they don’t forget about the food either. Offering a wide variety of mainly East Asian inspired dishes, Alice and Friends offers a wide variety of delicious entrees, desserts and baked goods. With warm indoor seating as well as a patio for those who enjoy an outside dining experience, Alice and Friends has become one of the most widely renowned vegan restaurants in Chicago.

If you’re after a more fine dining experience, take a wander down Althea on Saks Fifth Avenue, Gold Coast. Run by internationally acclaimed chef Michael Kennedy, Althea turns up the dial to deliver artfully plated, absolutely delicious vegan meals. Using all manners of nuts, flours and grains to work around some of the more difficult-to-accomplish substitutions, Althea is guaranteed to have you coming back for more.

Whether it’s a light brunch or a carb-loaded dinner you’re after, you’re sure to find it at Althea. Look out for the Kelp Noodle Cacio E Pepe with Black Pepper Cream and Cashew, and if you want dessert, the Maple Chai Spiced Vegan Cheesecake is a must-have. They also have a range of organic beers and wines.

A vegetarian restaurant with a host of vegan food Chicago favourites, The Chicago Diner is all about bringing the delights of homely Michigan food to a more conscious audience. Their menu encompasses a range of global foods – all made from top-quality ingredients and sourced from sustainable outlets. Your omnivorous friends won’t even know they’re not sitting at a regular upmarket restaurant.

While as a vegan you’re going to have to make sure to avoid the vegetarian options, they have a wide variety of eats and treats and you’re not going to run out of options any time soon. Their Vegan Cuban Sandwich is the perfect thing to accompany a beer on a Sunday afternoon and if you’re looking for something sweet afterwards try out one of their delicious vegan milkshakes.

While this gorgeous Asian restaurant might not be vegan per se, they have an entire vegan-friendly menu, including complex, elegant vegan sushi (a rarity). Definitely one of the more upmarket establishments on this list, Sunda offers a fresh take on Chicago dining that’s bringing the flavours of Japan, Thailand, The Philippines and China to the tables of the Windy City.

Upon arrival, make sure you ask for the Vegan menu. Here you’ll be greeted with a stunning array of starters, mains and desserts that’ll definitely pique your interest. All the dishes are carefully thought through, so there’s no worry that you’ll be left feeling like your meal was an afterthought tacked on to the end of the re/gular menu. Think delicate miso cauliflower dim sum, or their “Garden Roll” , a unique take on the California roll stuffed with mango, basil, avocado, asparagus and much more.

If you’re searching for the best vegan restaurants in Chicago that serve near-eastern cuisine, Galit has a lot to offer. Run by none other than the beard-award winning chef Zachary Engel and his business partner Andrés Clavero, Galit offers a seasonal set menu that’s packed with vegan options. Be sure to ask before you order though, as their intimate style of dining requires conversation (there’s no little green icon next to the meals that’s for sure).

Veganism Statistics Australia 2022 - How many vegans are there?

Choose from a selection of hummus dips and vegetables, Mezzes and coal-roasted mains that’ll delight both you and your omnivorous friends. Engel takes no prisoners with his authentic Middle Eastern Cuisine, and you’ll find yourself in love with his Lincoln Park establishment in no time.

If you live in Chicago, you’ll know about Daisies. What you might not know, however, is that the king of Chicago’s Italian Cuisine – Chef Joe Frillman – is on his way to bringing the vegan food Chicago loves into the limelight. Frillman has always had a big emphasis on farm to table dining, making his foods as locally sourced as possible. With this focus on sustainability, he’s also filling up his recipe book with plant-based meals that’ll delight your eyes as much as your stomach.

If you’re looking for an Italian-inspired vegan feast, be sure to chat to the waitron about what’s on the table for you – and make sure to skip the parmesan. They have a rotating menu of vegetable-based pasta made with the freshest seasonal vegetables as well as vegan sorbet and gelato.

Girl and The Goat

Like Sunda, Girl and The Goat is not a vegan restaurant Chicago offering per se but comes with an entire vegan menu. This now-legendary spot has beautiful views out over the city with a high-ceilinged dining area. The walls are hung with modern art and the tables are all perfectly laid. Though the restaurant started in LA, the Chicago version is very conscious of the local dining scene – sourcing their vegetables from local farms and allowing the space to have its own atmosphere.

Though they do have meat-based dishes, their range of vegan options does not disappoint. Think cranberry-pepita sourdough and fried Brussel sprouts with rosemary crema. On the drinks menu they have a truly unique list of cocktails, including the “if you can’t beat ’em” with El Guel Mezcal Espadin, Sfumato, beetroot, ginger and lime.

Taking it down a couple of notches, Handlebar has been turning out inexpensive, yet delicious vegan grub since ‘03 and they’re not stopping any time soon. Popular with the younger crowd who love the best vegan restaurants in Chicago that are a little funkier, Handlebar is known for its all-day cafe fare including spicy “chicken” sandwiches, vegan pastries and the like.

If you’re looking for a spot to work from during the day, Handlebar offers some of the best coffee in town with a host of milk alternatives and all vegan meals. You’re also likely to make friends with the warm, friendly staff who’ll be there to check in without making you feel uncomfortable. They’ve also got a host of gluten-free options for when you’re not keen on a Vegan Chilli Mac Attack.

If you’re looking for a healthy, wholesome meal in a warmly lit environment, the True Food Kitchen in River North won’t disappoint. They have a range of options for all dietary requirements with a focus on sustainable eating and nutritious ingredients.

They take “let food be thy medicine” to another level. All of their ingredients are based on anti-inflammatory eating principles – essentially their food aims to heal your body. They also pay attention to mood-boosting foods. This means they offer well-rounded diets that’ll give you the right amounts of protein, fatty acids and microbial goodness to see you feeling light and energised at the end of your meal.

They’ve got a range of vegan food Chicago staples like burgers, cheese-free pizzas, salads, juices and more so you can start your day (or take a midday meal) that’ll leave you feeling revitalised, re-energised and ready to go.

This laid back eatery in Logan Square is peppered with space-related trinkets and memorabilia – the perfect place to have a cup of coffee and maybe a delicious, plant-based meal. Like Handlebar, it’s a no-frills dining experience for the young, upwardly mobile but it definitely won’t disappoint.

They focus on Vegan and Vegetarian fare, mainly inspired by east-Asian cuisine. With a range of salads, gyros and banh mi, you can find something your stomach desires while also doing some remote work or even spending a day with your journal.

While many of the above restaurants don’t cater solely to vegans, you can rest assured that you’ll find something for you at any one of these restaurants, whether you want an evening meal, a heart-healthy breakfast or a quick bite to eat.

Hungry yet? Try any of the best vegan restaurants in Chicago. You won’t be disappointed!