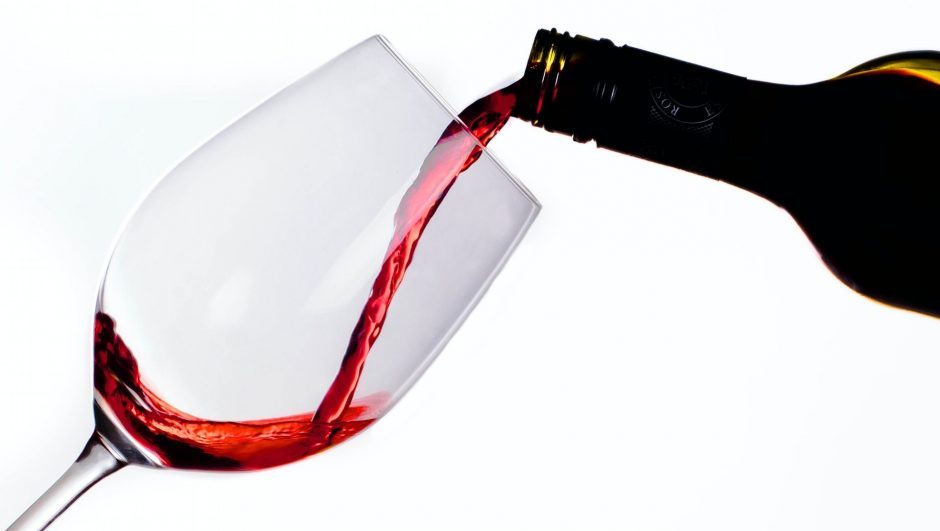 Red wine is perhaps one of the most popular drinks on the planet. It makes an excellent addition or accompaniment to a wide variety of dishes, and most reds are produced to be quite dry. However, there are also plenty of sweeter options readily available.

Sweet red wine tends to be a little bit easier to sip on due to its higher content of sugar and lower content of tannins. That sums up the basics of what makes sweet red wines different from drier ones. But there is still plenty more to learn about the kinds of sweet wines that make their way from vine to bottle. 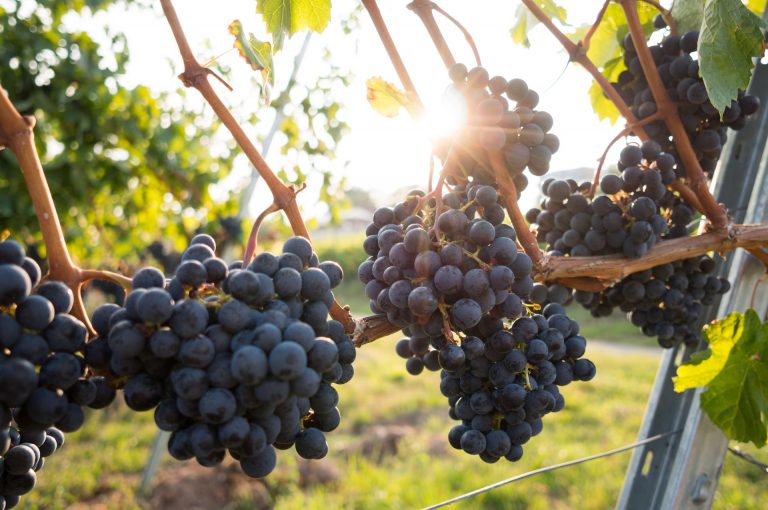 As we all know, grapes make wine. They’re picked, then crushed and fermented before becoming the delicious, dark red drink that we all know and love.

During the process of fermentation, the sugar in the grapes is converted to alcohol. If this process is stopped early, greater amounts of the grape sugar will remain in the finished product. This means that the wine is sweeter, and the alcohol content is lower.

However, it is important to remember that fruitiness and sweetness are not the same thing.

Some grapes will taste fruitier than others, such as Zinfandel. The warmer the weather where the grapes are produced, the fruitier they will taste. While some wines may be fruitier rather than sweet, they may not contain large enough amounts of residual sugar to actually be considered sweet wines. 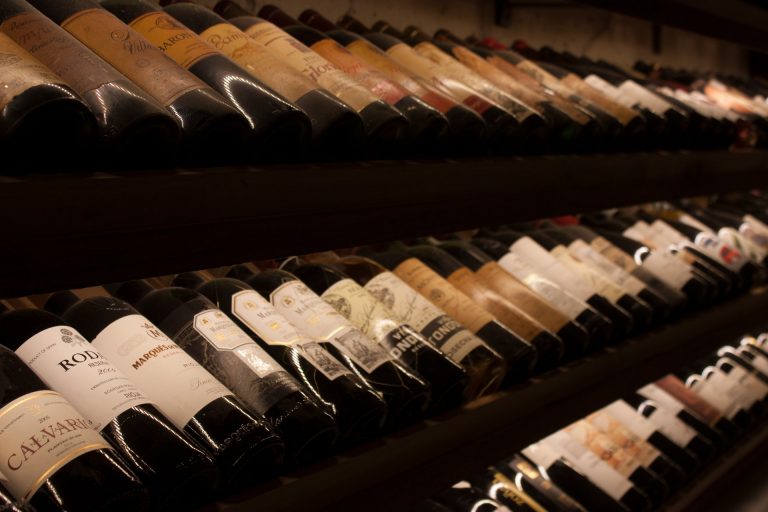 There are several different kinds of sweet red wines on the market. The three main categories of sweet red wine include Brachetto, Lambrusco, Tawny port, Ruby port, Maury and Banyuls, all of which are detailed below.

Brachetto and Lambrusco are two wines that are very similar to each other as they’re both quite sweet, sparkling, and originate from Italy. However, Brachetto is readily likened more to a Moscato than anything else as it carries strong, sweet flavours of peaches and orange blossoms.

This kind of wine is available in two varieties: spumante, which is sparkling, and frizzante, which is only slightly sparkling. The latter is perfect for those who prefer a few less bubbles in their drinks.

Lambrusco is a lightly sparkling red wine with origins in Italy during the Roman times. This style of wine is so named after the kind of grape used to produce it, of which there are more than 60 varieties. Produced in the northern parts of Italy, Lambrusco is made using the same method used to produce prosecco. This involves executing secondary fermentation within a pressurised tank. Because of its low alcohol content, Lambrusco is often found on breakfast and lunch tables all over Italy.

Tawny port is unlike ruby port in that it is aged for a much longer time in a barrel of wood. During the ageing process, tawny port becomes oxidised by the wood. This results in a port that is lighter in colour, almost copper. Tawny port generally has quite a nutty, caramel taste.

Ruby port is a fortified wine that hails from Portugal. When a wine is fortified, it means that its alcohol content is higher than most wines as a distilled grape spirit has been added to it. While being fermented, ruby port goes through a process of heating. The heat kills off the yeast, which leaves a great deal of sugar still in the wine, making it very sweet.

Maury is a fortified wine that hails from Roussillon, France. This kind of wine’s production process is similar to other sweet ones found at wine tastings, including port. No yeast is found in Maury, as it is killed off during the fermentation process. This leaves some sugar behind, which is what gives Maury its sweet taste.

Typically, Maury gets produced from at least 75% grenache grapes. The remaining 25% usually comprises a mix of muscat, syrah and macabeu. The best treat to pair with Maury is chocolate.

Much like Maury, Banyuls is also a fortified wine originating from Roussillon. During the fermentation process, the wine is fortified when the yeast is killed off, leaving residual sugar behind and making Banyuls quite sweet.

What sets this kind of wine apart from the others is the fact that it has quite a short ageing process. This means that Banyuls has a lower alcohol content than Port does, with just 16% compared to port’s 20%.

Is Lambrusco A Sweet Red Wine?

Of all the sweet red wine out there, Lambrusco is perhaps the least well known. However, it is perfect for anyone who enjoys something a little bit sweeter in their glass. This fizzy, Italian sweet wine is ideal for parties and celebrations of any kind. Lambrusco is not commonly found at merchants but can often be sourced directly from wine farms or specialist stores.

This incredibly fruity wine is a little bit sweeter than the average prosecco and looks a whole lot prettier in pictures. Because it’s a bit on the sweeter side, it has a much lower alcohol content than prosecco or sparkling wine does, so you can have a few extra toasts with Lambrusco.

Is Pinot Noir Or Cabernet Sweeter?

Both pinot noir and cabernet sauvignon are more dry than sweet red wines. Pinot noir is an incredibly popular choice at wine tastings around the world. Similar to merlot, pinot noir is considered to be a dry red wine. However, it does tend to have higher levels of residual sugar compared to the very dry red wines.

When compared side by side, pinot noir will emerge the sweeter out of the two, although it is not considered to be a sweet wine.

Is Pinot Noir Sweeter Than Merlot?

Neither pinot noir or merlot are actually classified as a sweet red wine. Both are dry wines, which means that there is no residual sugar left over in the wine once the process of making it has been completed. However, wines made from grapes made in warmer climates tend to be riper and have fruitier flavours.

These fruitier flavours give our taste buds a perceived sensation of sweetness, even though technically, the wine is dry. Between pinot noir and merlot, the latter will taste sweeter as the wine is generally made from grapes in the warmer climates of California and Bordeaux, France.

Now that you know a fair bit about sweet wines and how they are made, take a look at a few of our favourite ones below.

Best served chilled alongside sliced prosciutto, this Lambrusco has a smooth cherry flavour with hints of floral aromas, strawberries and raspberries. This sweet wine is pleasantly mild in sweetness and fizz.

This excellent port is quite heavy on the flavours of raisins, figs and brown sugar. The Kourtakis family founded this winery all the way back in the late 1800s and to this day, the family remains one of Greece’s most popular winemakers. The wine pairs very well with chocolate.

This port is a golden-amber hue with a characteristic nutty flavour. It is rich and smooth on the palate. Best served slightly chilled, with vanilla ice-cream or crème brulee.

This gorgeously sweet, deep red wine boasts hints of plum, fig, pomegranate and dark chocolate, and is absolutely delicious at the end of a hearty meal.

With so many sweet red wine options to try, there’s sure to be something for everyone to enjoy.