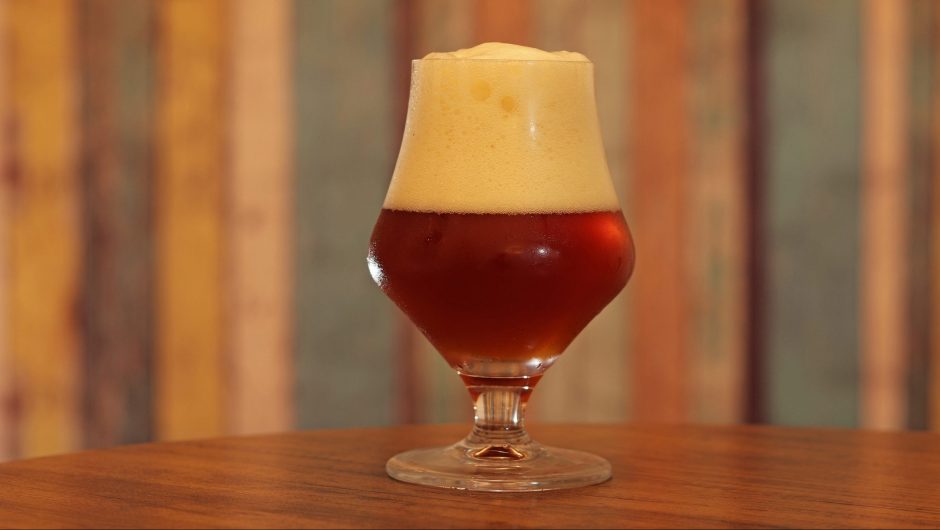 Dubbel Beer is a Belgian beer with hints of fruit and light spice that hits all the right notes. Fermented with renowned Belgian yeast at warm temperatures to produce raisin and apricot esters, the great thing about drinking a Dubbel is that there is nothing overwhelming about it – just pure enjoyment.

What is Belgian Dubbel? 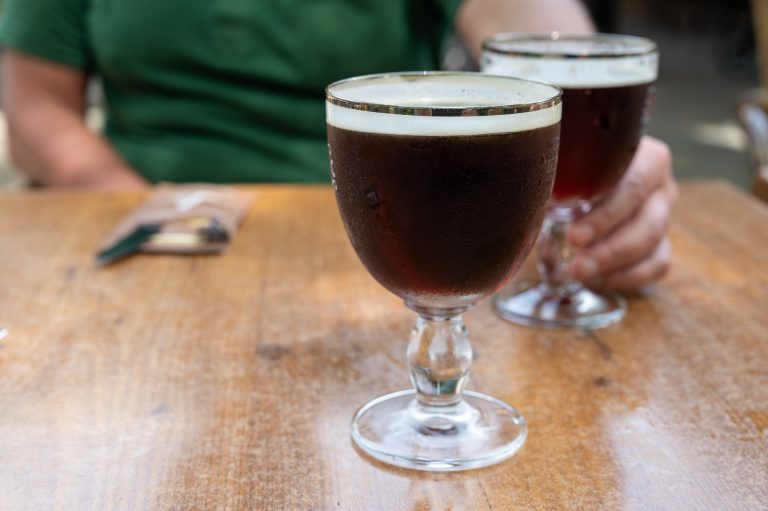 A Belgian Dubbel is a relatively strong brown ale (6–8% ABV), with subtle bitterness, fairly heavy body, and a distinctive fruitiness and cereal character. The colour ranges from rich amber to copper and some well-known commercial examples from Trappist breweries are:

What Is the History of Belgian Dubbel Beer?

Belgian Trappists coined the term Dubbel (double), a strong version of beer brewed in Westmalle Abbey in 1856. In the early 1920s, the recipe was altered and the drink was sold as Dubbel Bruin. After World War II, abbey beers became popular in Belgium and breweries used the name ‘Dubbel’ for commercial purposes. The Belgian monks at the Westmalle Monastery brewed a stronger version of what they drank at the abbey, hence the term, “Dubbel,” or “double.”

Westmalle’s Dubbel was copied by other secular and Trappist breweries around the world, leading to the emergence of the Dubbel beer style.

What Makes a Belgian Beer a Dubbel?

The Belgian-style Dubbel ranges from brown to intensely dark in color. They have a malty sweetness and some have cocoa and caramel aromas and flavours. Hop bitterness is medium-low to medium. Dubbel beers have yeast-generated fruity esters. Dubbel beers are often bottle-conditioned with evidence of a slight yeast cloud and flavour.

Why Is it Called a Belgian Dubbel?

When the Trappist monks were brewing this beer for sale, they made it more potent than what they drank and referred to it as ‘Dubbel’ and the name has endured to this day.

What Does Dubbel Mean in Beer?

What Is the Difference Between a Dubbel and a Tripel?

Dubbel beers are reddish brown-coloured ales made by monasteries and commercial breweries around the world. They are made with heavily caramelized beet sugar which is why they have such a deep colour, a lightness in body and a raisin-like flavour. The yeast that is used imparts a range of peppery, fruity and spicy aromas, giving this beer a deep complexity.

Tripels, also popularized by the Westmalle monastery, are also brewed with a lot of beet sugar but the sugar isn’t caramelized. While this method still increases the alcohol level and lightens the body, the beer’s golden colour comes from the use of kilned malt. The flavours of Tripels include apple, citrus, banana, pear and clove-like spice. They are slightly higher in ABV than Dubbel beers.

How Is Belgian Dubbel Made?

The flavour and deep hues of the Belgian Dubbel are a result of the hefty addition of kilned or highly caramelized beet sugar which ferments totally into alcohol, give the beer a light body and a dry finish. The colour of the Belgian Dubbel ranges from brown to very dark and has a malt sweetness and sometimes, cocoa and caramel aromas. A medium quantity of hops bitterness is added and yeast-generated, fruity esters can be apparent.

The beet sugar in Dubbels imparts dark fruit, chocolate and burnt caramel aromas. These beers are not too bitter and the Belgian yeast lends a combination of peppery spiciness and fruity esters.

Belgian Dubbels are medium-bodied with a malty sweetness and nutty, chocolate and mild roast malt and caramel aroma. The flavour may also have a raisin or cocoa character.

How to Serve Belgian Dubbel?

If you are drinking a Belgian Dubbel, you will want to drink it out of a goblet. The wide-mouthed glass with an extended stem will ensure that the beer retains its head while allowing the drinker to take deep sips.

What Is One of the Most Popular Belgian Dubbels?

According to Liquor.com the best Dubbel beer is Westmalle Trappist Dubbel. This beer has an ABV of 7% and tasting notes of dark fruit, caramel and malt. It also has dry, crisp notes of chocolate and dark toffee with a subtle hint of red fruit.

What Are the 10 Best Belgian Dubbels to Try Right Now?

The BeerAdvocate site rates these as the top ten:

The top 10 Belgian Dubbels have a malty sweetness and notes of chocolate, nuts, caramel and mild roast malt.

What Foods Can You Pair with Belgian Dubbel?

Belgian ales complement food with salty, savoury flavours and the red ales, in particular, are great with steak, turkey and sharp cheddar. Dubbels go well with roasted meats and wild game, lamb, venison and duck and a traditional beef stew. Since Dubbels often have a rich and complex flavour, they should be paired with similar types of food such as smoked sausages or slow-roasted pork loin. If you are hosting a dinner you can prepare a starter tray with prosciutto, Swiss cheese, gouda and brie.

How to Order a Belgian Dubbel in Belgium?

The Uniqueness of Belgian Beer

The distinctive quality and flavour of Belgian beer, whether it’s a pale ale, golden ale or Dubbel, can be attributed to one element: the yeast. While Belgian yeast comes in plenty of varieties, all of it has a floral and sweet edge which makes it compare favourably with the bitter taste in other beers.

Instead of focusing on hops, Belgians use herbs and fruits to produce interesting aromas and flavours. However, it is the Belgian yeast – a thing of beauty – that makes Belgian beers stand out from other types of beers.