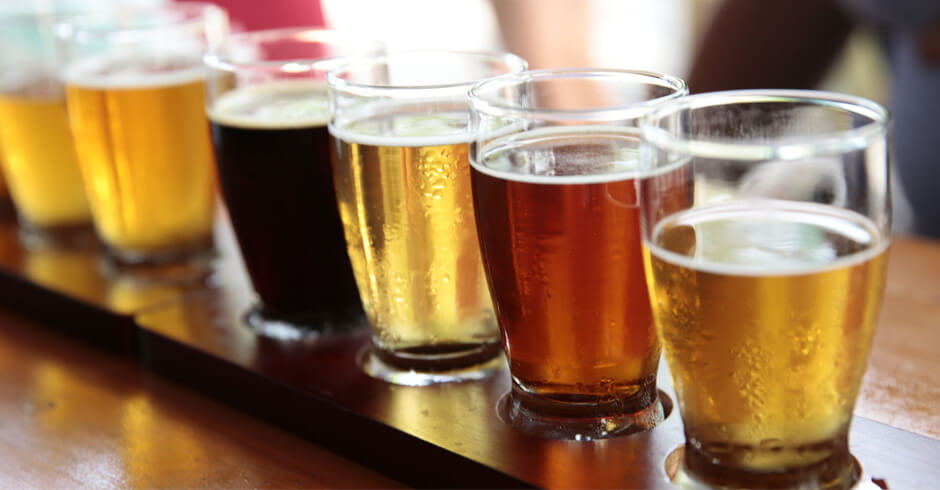 It’s quite a wonder that beer, given the quality of different flavour profiles across the spectrum, has often been overlooked when it comes to food pairing. While wines and spirits bask in the glory of a myriad of pairing menus, beer has often been seen, in fine dining circles, as the poor man’s drink. No more, however, for the rise of innovative microbreweries is seeing much more of an emphasis on the art of beer pairing.

The incredible growth of microbreweries in London, in particular, is highlighted no better than during London Beer Week, an internationally recognised celebration of craft beers, ales and lagers alike. The growth of the beer scene in the capital is encapsulated by the 5x rise in commercial London breweries – from 14 to 70 – in the five years between 2010 and 2015.

At the forefront of the movement are the likes of Partizan Brewing and Beavertown, who are creating a number of experimental beers with genuinely exciting flavour profiles. Meanwhile, the Michelin star restaurant, Alyn Williams at The Westbury, now offers a Michelin star beer pairing menu. Whereas before the few beer pairing ideas commonly accepted were based on somewhat lazy assumptions, now we’re seeing more nuanced thought processes behind it.

For example, one of the traditional beer matching ideas was to pair stout and chocolate. The premise behind this was quite simple: stout is bitter, so it needs something sweet to offset it.

Nowadays, though, we’re seeing thinking that’s a little more revolutionary. Beavertown, for example, are using the lambic technique with some of their beers – which is a process of wild fermentation. This gives the beer a lactic characteristic. Working backwards, it’s possible to find food that has similar characteristics. In this case, sourdough, with lactic properties of its own, is an excellent match. 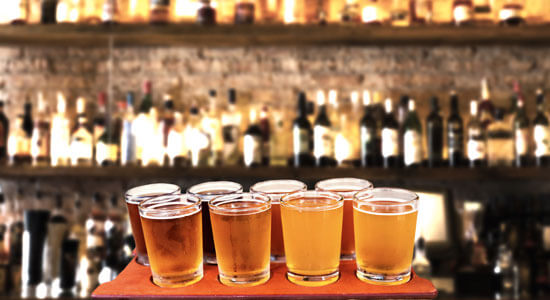 Using these methods, there are a great many delicious, if sometimes surprising, beer pairing ideas. Here follows a quick guide to some basic rules of thumb when pairing. Starting with blonde or cream ales, these are light and airy, therefore tending to go well with similarly lighter food such as a salmon salad. They’re also good for pairing with bratwurst.

Pale ales often work well with ‘meaty’ meals, like a hearty steak pie or burger. Indian pale ales are stronger, more impactful and more bitter. Not that they’re actually all that Indian in origin. In fact, they were invented by the British, who over-hopped their pale ale when transporting it to India – the result being so good that the methodology caught on. Despite this, they do ironically work very well with Indian cuisine. Being quite strong itself, it needs something quite sturdy to stand up to it. Spicy food with a kick is best.

For game lovers, perhaps the best type of beer to pair is a type of scotch ale, whose flavour impact, it’s fair to say, really does pack a punch. Brown ale is again suited to heartier foods – roast pork or smoked sausages being particularly well matched to it.

Dry stout is a fine pairing for rich food. It’s a classic with raw oysters, while meat pies also work well. Imperial stout, on the other hand, easily overpowers most dishes. Foie gras and smoked goose are both able to stand up to it. Pale lagers, like classic Pilseners, are a great match with lighter food, such as chicken or salad.

Amber lager works best with spicy or hearty food, but is a good match for barbecued meats. The same applies for dark lagers, while sausages and roasted meat is also a good fit. Pale Bock, meanwhile, is a fantastic pairing for a Thai salad or Korean barbecue.

Finally, it would be remiss not to mention the rise of mead when touching on the recent craft beer boom. After all, the processes in making them aren’t all that different – mead get their sugar source from honey, rather than malt. Mead’s got a pretty long history – having been drunk as far back as Pagan times – but seems to be making a bit of a comeback of late.

It’s hardly a surprise that mead is back in fashion when it can count foodies as influential as Rene Redzepi, the man behind Noma, and Simon Rogan among its biggest fans. Leading the charge in Britain is Tom Gosnell, whose Gosnells London Mead are creating a variety of new meads. Not the traditionally sweet and sticky perception, but rather lighter and drier – something you might enjoy as you watch the football.

If that worked your thirst up, discover TRULY’s range of gifts for beer lovers.