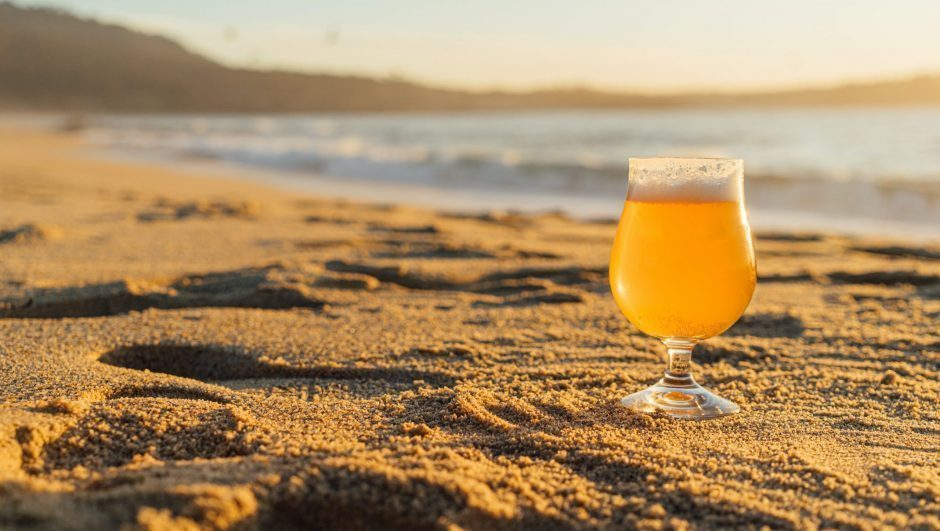 Barley wine or “barley wine ale” embodies a certain group of strong ales that have come to be well-loved by connoisseur drinkers everywhere.

The hefty, malty ale is generally one of the strongest types of beer to be found. It shows off a multifaceted combination of caramel-toffee and fruity flavours, balanced by the warmth of the high alcohol content, as well as a sturdy concentration of bitter hops.

Ready to find out more? We’ve got a guide to barley wine that answers all your questions.

What Is The History Of Barley Wine? 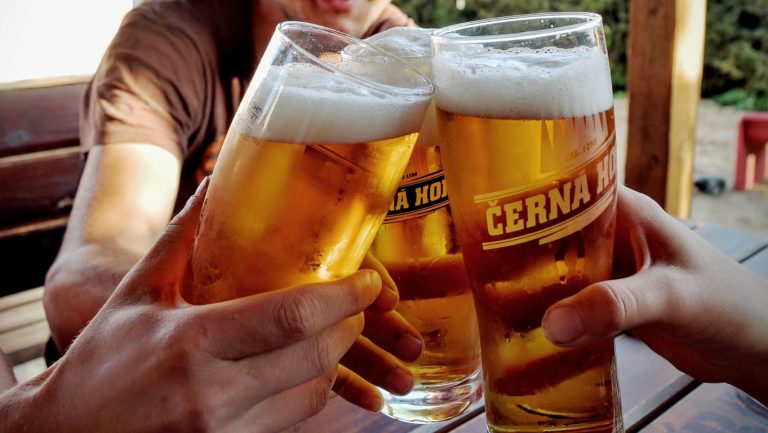 The exact origins of barley wine are somewhat unclear. This is largely due to a number of wine-strength beers sharing such similar qualities as to make “which came first and influenced the other?” an ambiguous and highly-debated question. “Strong ales” and other high-alcohol beers have been around for centuries. Barley wine has generally become sub-classed as a type of strong ale.

One theory claims that the origin of the name might actually come from an actual experiment of adding wine to beer. Otherwise though, the origin of the name is thought to come from the first beer to be marketed and sold as “barley wine” back in 1870 in the USA, called Bas No. 1 Ale. In 1976, the Anchor Brewing Company re-introduced the term “barley wine” with its Old Foghorn Barleywine Style Ale. And in 1983 it happened again when Sierra Nevada Brewing unveiled their Bigfoot Barleywine. As the story goes, the two breweries purposefully combined the words “barley” and “wine” in hope that regulators would not fixate on the word “wine” and tax them extra.

Is Barley Wine A Beer Or A Wine?

Despite its name, Barley Wine is made from grain rather than fruit, and so is classed a beer and not a wine. Specifically, barley wine is a type of ale, with the regular ingredients of barley, hops, yeast, and water. However, it is processed for longer than most other ales and beers, which greatly increases its strength and alcohol content.

Why Is It Called A Barley Wine?

Barley wine tends to reach alcohol strengths of around 6 to 12 percent AVB, alcohol by volume. The specific gravities it is brewed from can be as high as 1.120. This is equivalent to about 320 grams per litre of sugars, which creates a high fermentation. The word “wine” is simply meant to refer to its high alcohol level, which can be similar to that of wine. Sometimes it is also likened to brandy or whiskey. But generally, it doesn’t get anywhere their alcohol strength.

What Is The Difference Between Barley Wine And Other Ales?

Barley wine can generally be considered the aged grandfather of beers. Though technically an ale, barley win differs from most other ales in its great strength of taste and alcohol content. Other certain types of ale, such as “old ale”, have similar overlapping qualities, often confusing them. Both barley wine and old ale though, are types of strong ale.

Barley wine commonly employs a brewing technique called “parti-gyle”. It involves reusing the spent grains over and over in order to make use of their left-over sugars. A direct bi-product of this technique is that it greatly raises the alcohol content, as well as the amount that can be produced from a batch.
Because barley wine has a higher alcohol level though, this means that it is usually also taxed more, making it somewhat more expensive than most other ales on the shelves.

What Are The Different Types Of Barley Wines? 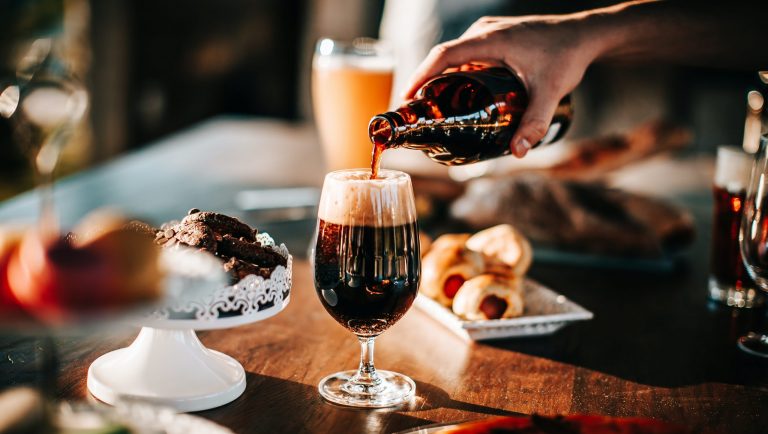 There are generally two major types of barley wines.

The English style, being the elder, is preferred by many and has a distinctly low level of bitter hops in its flavour. It also tends to have more of a variety of colours, from red-gold to a dense black. In fact, before the Sheffield brewery began brewing its amber-coloured barley wines in 1951, all barley wines were dark in colour.

The American style, though popular in its own right, and growing as more and more new breweries for the region take to the global stage, has a more hoppy and bitter taste. This is due to the type of hops that grow in and around the US. The colour of American style barley wine ranges from an amber to a light copper brown.

A far less common and well-known variant of barley wine involves adding large quantities of wheat to the mash. This style, which originated in the US in the 1980s, has also been given the name “wheat wine”, though much of its process is essentially the same as a barley wine.

Barley wine tends to have a distinctive heavy malt backbone, accompanied by an intense and complex mixture of flavours. It is also very distinctive for its concentration of earthy hoppy taste, fruit and toffee flavours, imbued with the sharpness and warmth of the high level of alcohol.

How To Serve Barley Wine? What Kind Of Glass?

Barley wine is best served in a snifter glass, at a chilled temperature of around 10 to 12 degrees Celsius. The snifter glass, commonly used to drink brandy and bourbon, is designed to trap the aromas of the drink within the glass, allowing them to linger and build up.

What Are The 5 Best Barley Wines To Try Right Now?

One of the boldest beers available on any beer menu, barley wine has a strong and dedicated following of enthusiasts. In case you are one of them, or interested in giving it a try, here is a list of the top five barley wines currently on the market:

Also see  Scotch Ale – What Is It? What Are The Best Scotch Ales To Try Right Now?

What Is The Most Popular Barley Wine In The World?

Though many have debated whether Thomas Hardy’s Ale actually qualifies a “true” barley wine, the prestigious World Beer Awards committee seems to think so. After a seven-year hiatus from the industry, the acclaimed world-famous brewery was welcomed back by receiving the “country Winner” award in the barley wine category for their English-style strong ale.

Since then, their ale has received even more awards, such as a gold medal in the recent International Beer Challenge, as well as the title of “United Kingdom Country Winner” in the same competition. This seems to show that, if not the best in the world, the brewery has certainly jumped back to being at the top of its game.

What Are The Best Foods To Pair With Barley Wine?

Perhaps one of the indirect reasons that barley wine got its name is that many of the foods that go well with wine, also tend to go well with barley wine. This includes a plethora of rich flavoursome dishes and desserts. Strong cheeses also make for delectable after, or before, meal snack, together, of course, with a sip of tasty barley wine.

A Wine That’s A Beer

Barley wine is a beer, but it’s also a very potent one.

Remember to take it easy, drink it slowly, savouring its amazing taste with every sip. After all, it’s not the cheapest alcohol around, and in the morning, you might appreciate the decision.